The PTZ-89 is the newest Chinese Premium Tank Destroyer that will become available in Update 0.22. At first glance, it’s not that different from other wheeled Tank Destroyers of the same Tier, but its development does set it apart because, unlike other vehicles of the same layout, the PTZ-89 (also sometimes called Type 89) was a true Tank Destroyer, not a Fire Support Vehicle.

Back in the 1970s and the early 1980s, the Chinese realized that their tanks (which were mostly upgraded versions of the old Type 59) had become obsolete. There were numerous reasons for that, one of the most important being the poor performance of Chinese MBTs sold abroad. Chinese conventional HEAT shells had become obsolete when fighting the new generation of Main Battle Tanks with composite or layered armor. 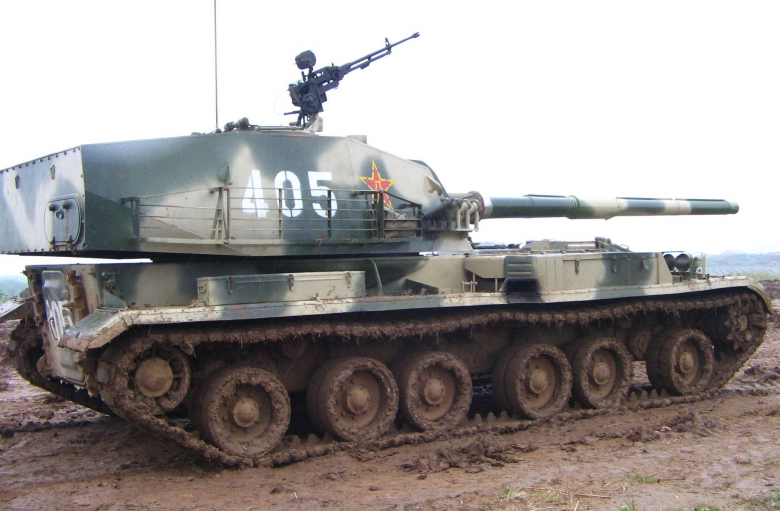 There were of course several solutions for the issue. One was to develop a new Main Battle Tank that eventually resulted in the Type 80 and its variants, but the Chinese correctly realized that the development would take time. Another – interim – solution was needed.

Back in the 1970s, when considering the armament for the future Main Battle Tank, the Chinese, deciding that HEAT rounds would stay ineffective in the future, opted to build their new gun around the demand to fire kinetic shells with as high muzzle energy as possible. At first glance, looking at Soviet vehicles for inspiration could appear as the obvious choice, but even a decade after the 1969 Sino-Soviet conflict that had nearly resulted in an all-out war, there was a lot of tension between the two superpowers to the point where one of the requirements for the new cannon was to defeat Soviet T-72’s frontal armor at 2000 meters. The Chinese considered this requirement to be sufficient to ensure the cannon’s superiority over the Soviet vehicles (including, they thought, anything that would appear in the 1980s) on the modern battlefield.

And so it was that the Chinese looked at the German Leopard for inspiration. At first, China had attempted to secretly negotiate with West Germany to produce a copy of the 120mm Rheinmetall L/44 smoothbore and attempts were made at “procuring” the technology by other means. The gun was, however, cutting edge at the time, its secrets were well protected and the Chinese failed.

As the next step, the Chinese decided to develop 120mm smoothbore cannon on their own using the Soviet 115mm U-5TS smoothbore from the captured T-62 as a basis. The development was officially announced in 1978 for both the future MBT and a self-propelled gun. The MBT design would eventually become the WZ-1224 prototype, but that is a story described in another article.

The requirements were not humble either – the gun was to penetrate any Soviet or western Main Battle Tank on the battlefield. The first three prototypes were built in 1979 and around 1000 sub-caliber shells were fired from them during the trials that lasted from February 1979 to October 1980.The development was officially concluded in 1981 and the prototype designated 82-14 was selected as the pattern for mass production. It could penetrate 120mm of steel armor at 68 degrees (1300 m/s muzzle velocity) or 204mm of composite armor at 68 degrees (1411,2 m/s muzzle velocity).

However, it was the early 1980s already and the Chinese and the Soviets were becoming friends again. One of the results of the political shift was the fact that a decision was taken not to arm the future MBTs with “imperialist” 120mm caliber and to use the 125mm caliber instead for the main guns. Two other facts influenced this decision:

And, of course, the failure of the WZ-1224 trials did not help things either.

Another question was what should be done with the entire 120mm research and the existing guns. Partially to justify the costs and probably also to save some faces, it was officially decided to use the 120mm gun for an interim Tank Destroyer project. This vehicle would be available faster than a true modern Main Battle Tank and could serve as a stopgap measure should the need to suddenly kill a lot of enemy tanks arise. The gun would be developed further as well to increase its performance.

The development was undertaken by NORINCO and the first prototype of this new Tank Destroyer was built in 1984 with the first firing trials starting the same year. The gun was further improved and during 1985 firing trials, it could penetrate (with domestic APFSDS ammunition) 450mm of steel at 2km. The trials ended in 1987 or 1988 and by the end of the year, its mass-production was launched. 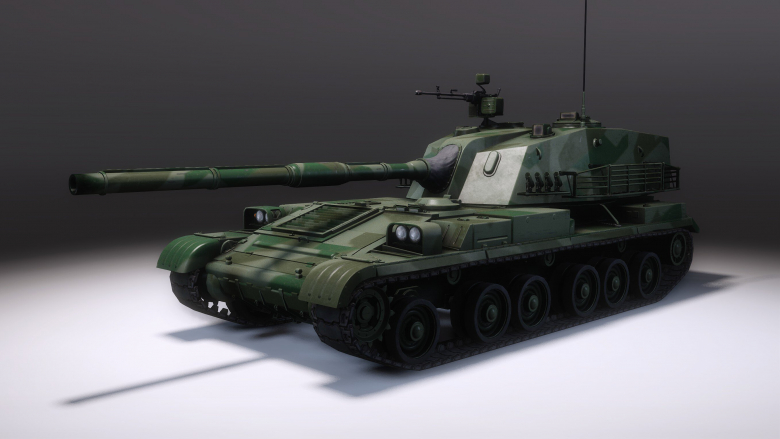 The vehicle was fairly basic. It weighed 31 tons and used the chassis of another self-propelled gun, the Type 83 (the Chinese equivalent of the Soviet Akatsiya). The armor was very rudimentary, protecting the crew of four men from small arms fire only – its actual thickness is not known but it’s likely only around 15-25mm of steel. The vehicle was also protected by smoke grenade launchers, NBC protection and an automated fire extinguisher system but the suspension was not built for extreme weight and did not allow for more added weight without seriously compromising its reliability and performance.

The most important part, however, was located inside the fully traversable boxy turret. The Chinese 120mm L/50 gun is capable of firing all kinds of 120mm ammunition including APFSDS, HE and HEAT. In its production version, the APFSDS ammunition could achieve the muzzle velocity of 1660 m/s with the maximum range of 2500 meters.

Contrary to some western sources, the gun was, in fact, stabilized but the vehicle featured only a basic fire control system (although it was equipped with night sights and a laser rangefinder). In short, it was inferior to a modern Main Battle Tank when it came to accuracy.

The gun was manually loaded (there was a semi-automatic loading assistant) and the vehicle could reach the rate of fire of 10 rounds per minute with a skilled loader. The gun could be elevated to +18 degrees and depressed to -5 degrees (as per the vehicle’s manual, the western sources claim -8), allowing the vehicle to effectively use the terrain somewhat effectively for cover. It carried 30 rounds of main gun ammunition that could be replenished via the hatch in the back of the turret.

The vehicle was powered by a 520hp 12150L turbocharged diesel and could go as fast as 55 km/h. The maximum range was approximately 450km. 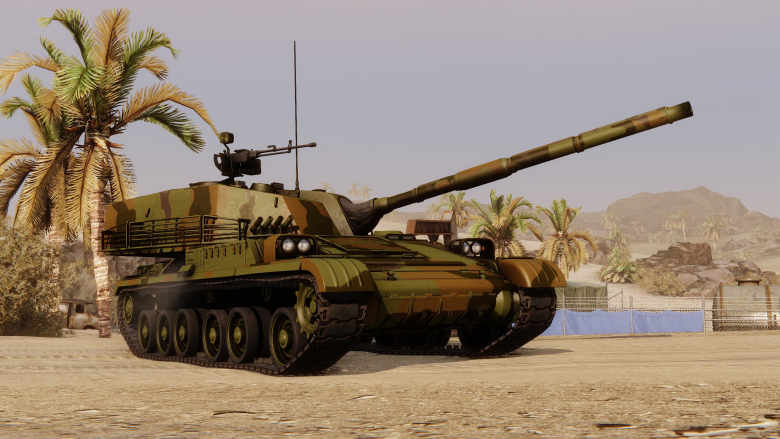 The PTZ-89 was officially accepted in service in 1989. It was to be attached to artillery brigade and tank division anti-tank units with each unit equipped with estimated 18 vehicles. At least that was the theory.

In reality, the odd caliber, the inferior ability to fire on the move and poor protection doomed the project from the start. Very few PTZ-89 Tank Destroyers were actually built – it is estimated that between 1989 and 1995, around 100 vehicles were delivered in total. By 1995, it was completely outmatched by modern Main Battle Tanks and its retirement started in 2015 with the anti-tank role officially being given to modern ATGM carriers, although some units retain a few of these vehicles to this day.

In Armored Warfare, the PTZ-89 will be a Tier 7 Premium Tank Destroyer. Its solid gun handling and solid mobility will certainly make it a feared opponent.

Learn more about the changes to the Tank Destroyer class, coming in Update 0.22