China has always been very inventive when developing armored vehicles with limited resources at its disposal. This includes using existing components and combining them with various chassis models to obtain the best results possible and the PTL-02 is one result of this approach. 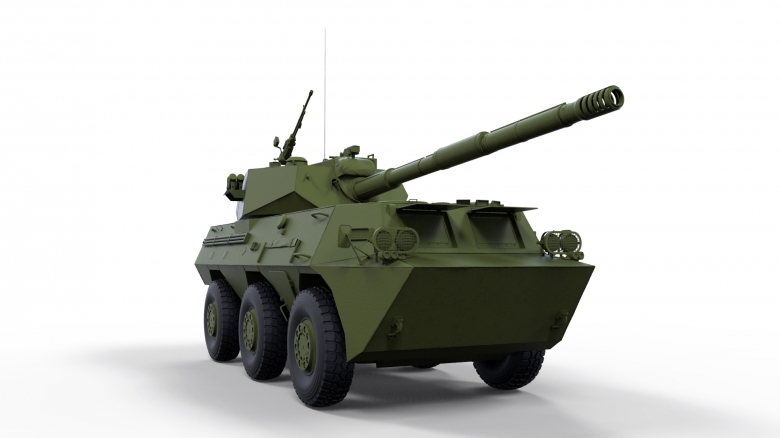 The PTL-02 light wheeled fire support vehicle was developed from the Type 92 Infantry Fighting Vehicle by mating its hull with a turret that carries a 100mm gun. Its tactical designation is somewhat unclear – some sources claim it is an assault gun, while others say it is a dedicated tank destroyer. However, given the gun's inability to engage modern Main Battle Tanks, the most logical real life classification would be a fire support vehicle, not unlike the American Stryker.

PTL-02 development began with the Type 92 IFV (also known as the WZ551), which was introduced to the public in 1986. It was a moderately successful vehicle that was exported to approximately two dozen countries and produced in some limited numbers for Chinese service as well. Its chassis was later used for the older Type 87 tank destroyer, which was not a very successful design and produced in very limited numbers. The PTL-02 is an enhanced version of the Type 87, produced between 2004 and 2005. 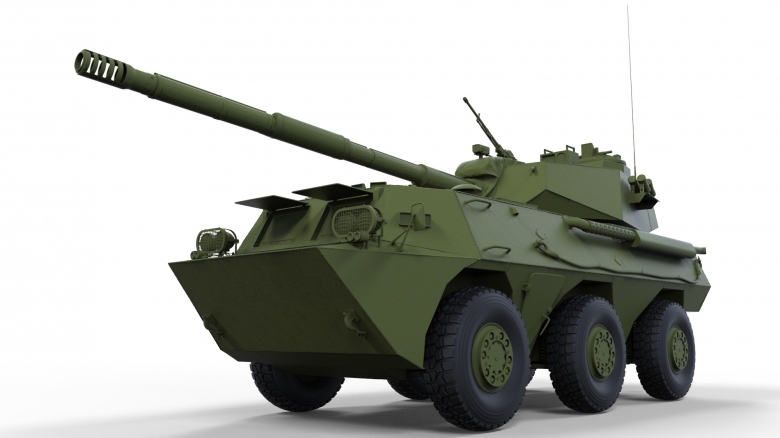 It was produced only in very limited numbers and, like many other Chinese vehicles, its development history, design details and tactical use remain a bit of a mystery. What is known is that the vehicle's purpose is to engage armored and fortified as well as soft targets and its characteristics are tailored for that purpose.

The vehicle weighs approximately 19 tons and has a crew of five men. Thanks to its relatively low weight, it can fit inside China's medium-sized transport planes, enabling it to be used for rapid deployment. It is clearly built for speed and firepower – the welded steel hull and turret offer the crew only very basic protection against 12.7mm machinegun bullets and low-to-medium caliber artillery shell fragments. 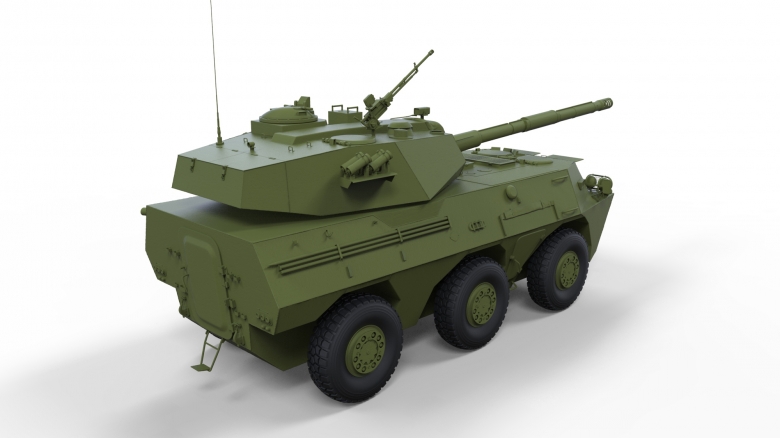 The PTL-02 can reach up to 80-85 km/h thanks to its 320hp Deutz diesel engine – without any doubt a respectable speed for this class of vehicle. But the main advantage of this fire support vehicle lies in its armament, consisting of a 100mm low-recoil smoothbore gun capable of firing APFSDS, HEAT and HE shells. As noted above, this gun is not powerful enough to engage modern Main Battle Tanks from a frontal angle, but it is quite sufficient to engage lighter armored vehicles, fortifications and other such targets. An alternative export version of the armament exists with a 105mm rifled gun (most likely derived from the Royal Ordnance L7 and capable of using NATO standard ammunition). A few vehicles of this export variant are appearing in the service of the militaries of Cameroon, Chad, Djibouti and Myanmar.

In Armored Warfare, the PTL-02, which is coming in Update 0.16, will be a high-tier Premium Tank Destroyer in Zhang Feng's vehicle pool. We do hope you'll enjoy it!

Learn about the Loot system feature, coming in Update 0.16