Menu
Play now
One of the biggest challenges during the development of Armored Warfare was to find a number of suitable tier 9 and 10 candidates for all the classes. High tier Main Battle Tanks are generally represented by prototypes and experimental vehicles such as the T-14 Armata, the main features of which are their extremely thick armor and devastating firepower. This means that to find the ideal candidates for tier 9 and 10 vehicles of other classes, we had to select vehicles that not only would be extremely good in aspects that make them suitable for their respective class – they also had to be uniquely designed and potentially fun to play as well. 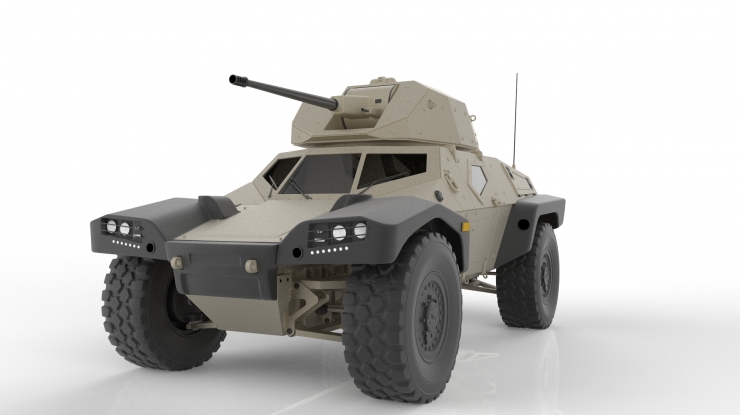 The most important feature of the AFV class is not firepower but mobility: AFV vehicles (with the exception of specific cases such as the Terminator of course) have to be able to outrun anything on the battlefield and have to stay alive long enough to relay the necessary information to the “heavy hitters”. We believe that in this case we have found the perfect candidate for the role of the tier 9 AFV – the Panhard Combat Reconnaissance Armored Buggy, also known as the CRAB. 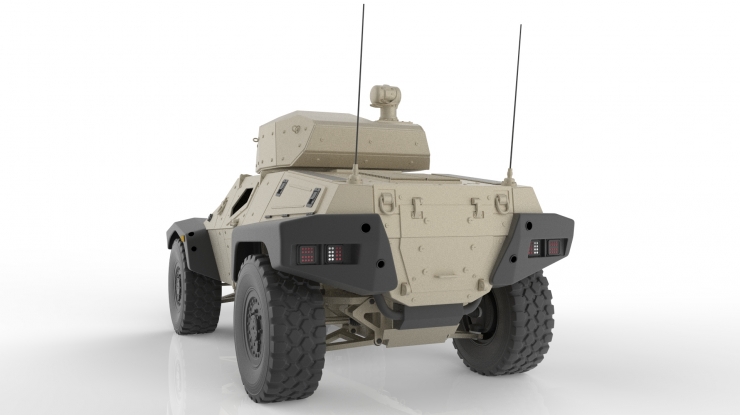 The CRAB – as its name suggests – is a prototype light reconnaissance vehicle, developed by the French company Panhard as a replacement of the popular but aging Panhard VBL AFV in the role of a standard French AFV – but like the VBL, it is currently also offered for export. Its mock-up was first introduced in 2010 and the prototype was unveiled in 2014. Its philosophy is to provide rugged, affordable protection and firepower not only to NATO countries but also to all the armies that are still operating obsolete wheeled vehicles. Panhard is hopeful that the first deliveries to the French army will take place in 2018. 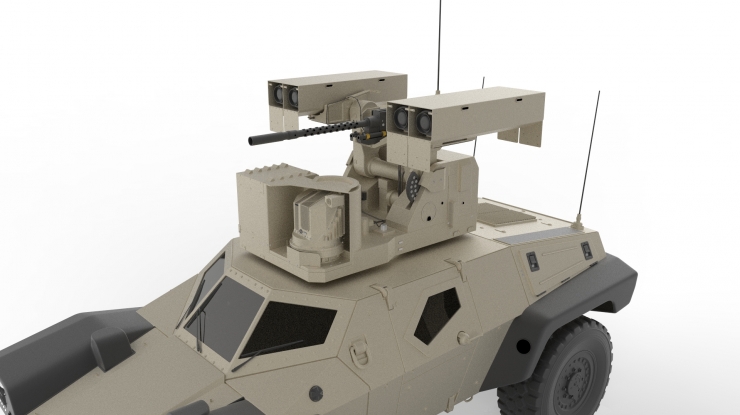 The CRAB is a lightly protected design with a special durable suspension based on the one used by desert-running buggies – with its help, the CRAB can pass through broken terrain easily. The vehicle is heavily customizable – in its basic form it offers protection only against small arms fire (STANAG 4569 level 2) but it can be upgraded to level 3 or even level 4 (protection against 14.5mm Soviet AP rounds). This means that the weight of the vehicle is variable, depending on mission demands and customer wishes and can range from 8 to 10 tons. To keep its nominal maximum speed of approximately 110 km/h, the vehicle can be equipped with several engine types ranging from 300 to 400 horsepower with the base model running the 320hp Steyr M16 diesel. 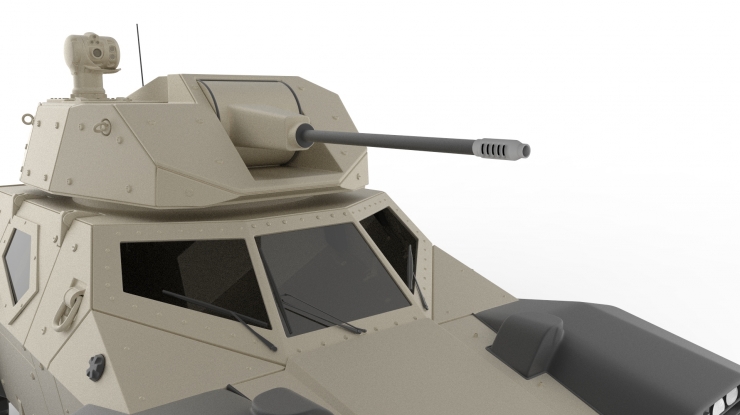 Firepower can be customized as well, ranging from simple 7.62mm and 12.7mm machineguns over 25mm automatic cannons (the weapon the vehicle was unveiled with) to multiple ATGM or AAGM launchers. These weapons mounted in unmanned turrets are controlled remotely from the inside of the CRAB using a sophisticated electronics system. The crew consists of 3 men. 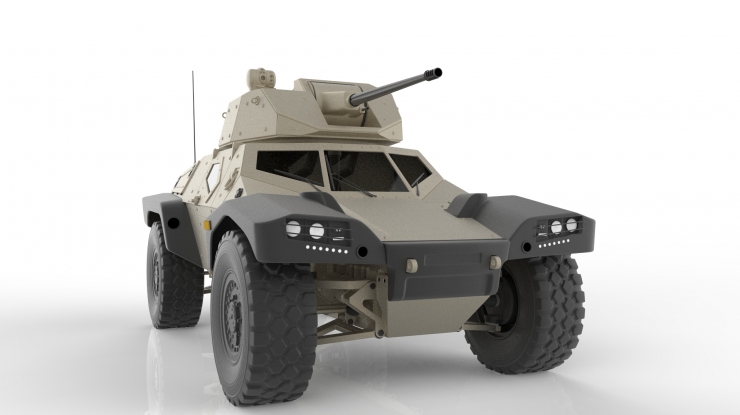 In Armored Warfare, the CRAB, as mentioned above, will be a tier 9 AFV. Its main advantage will be blazing speed, provided by a 320hp Steyr engine as well as by a number of mobility upgrades such as run-flat tires. The vehicle will be quite stealthy (with further upgrades in this direction available) and will have a great view range thanks to its sophisticated optics system. The protection level is not so great (with STANAG level 4 armor being an optional upgrade), but firepower will be more than sufficient thanks to a 25mm Bushmaster cannon that can be upgraded to either a 30mm ATK chain gun or a MCPV missile launcher turret. Thanks to these upgrades, the CRAB will be able to do serious damage to even well-protected targets, but stealth and speed will remain its main assets.

Gameplay-wise, the CRAB will likely resemble the FV721 Fox with all its important aspects multiplied. It will be the epitome of mobility and a worthy predecessor to its tier 10 follow-up, the Panhard SPHINX.