The upcoming Eclipse Battle Path will feature several vehicles that have one thing in common – the topic of fire support. We’ve discussed the EBRC Jaguar already and today, we’d like to tell you more about another one – Otomatic. 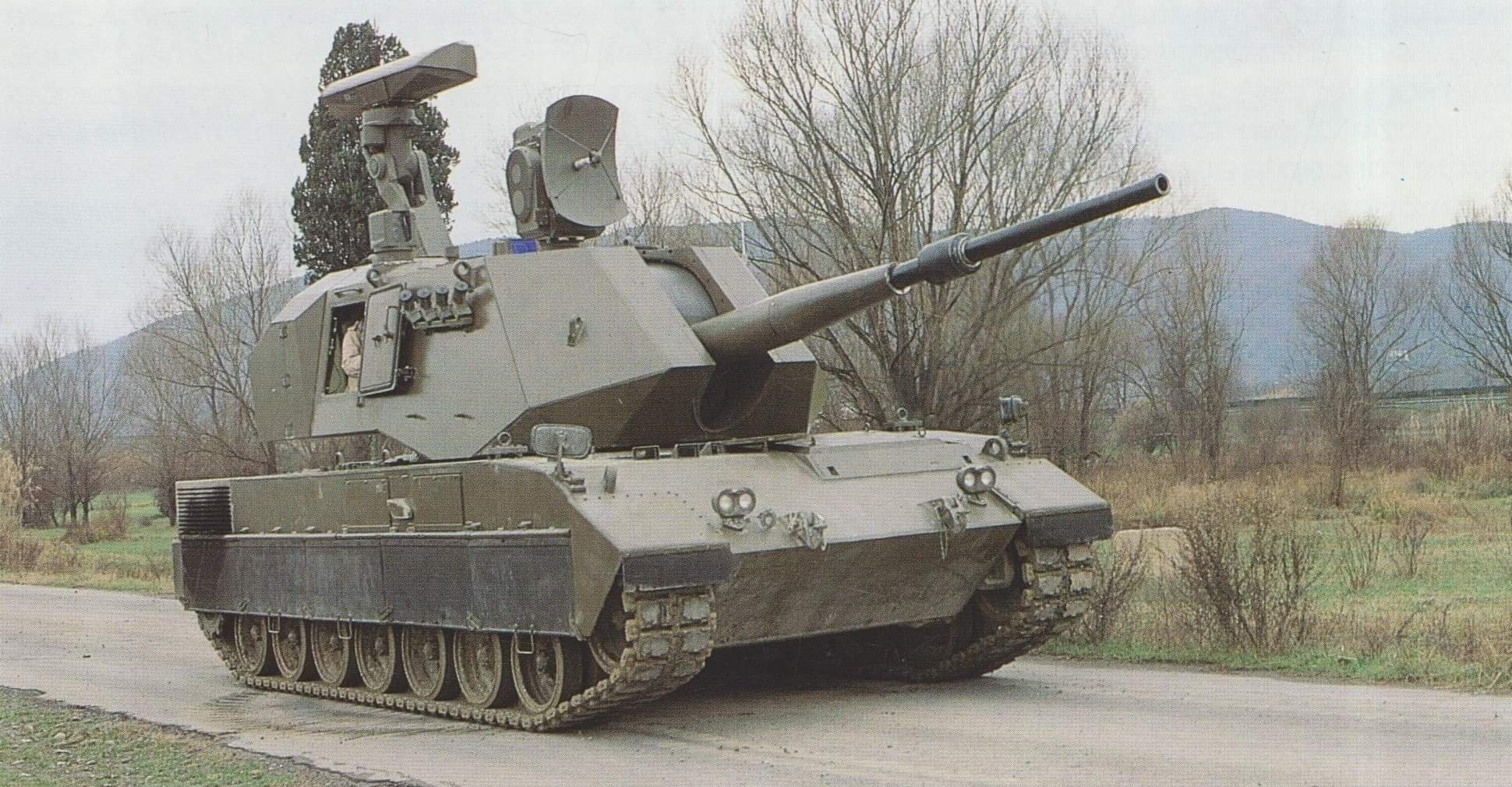 First and foremost, Otomatic should probably be written in capital letters because it is, in fact, an acronym – it stands for “OTO Main Anti-aircraft Tank for Intercept and Combat”. The full name is so incredibly awkward that it’s almost certain someone invented it after everyone decided the vehicle should be named Otomatic as a wordplay that included the word “automatic” (from its autoloader-fed rapid-fire cannon) and OTO Melara, the system’s developer and producer.

As its appearance suggests, Otomatic is (or rather was) a self-propelled anti-aircraft gun. Like the Shilka, it was designed as an armored short-range AAA vehicle that would accompany tanks in heavy armored divisions. However, it wasn’t built for a state contract – it was a private venture of the OTO Melara company (famous at the time for its OF-40 MBT) and OTO-Breda in conjunction with IVECO Defence, Officine Gallileo, and Marittimo Aero SPA.

The vehicle was intended to compete in the 1980s on the international (western) marked with the German Flakpanzer Gepard and the British Marksman system (which was very similar to the Gepard).

While both systems offered high modularity (especially the Marksman could be mounted on pretty much anything, from a Leopard 2 chassis to the T-55), the Otomatic went a bit different route. At that time, OTO Melara had been producing three major armored vehicles – a licensed version of the Leopard 1A1 MBT (which preceded the OF-40), followed by an OF-40 and Palmaria production run. The Palmaria was a SPG based on the OF-40 chassis and that’s what OTO Melara decided to use for the Otomatic in the end. 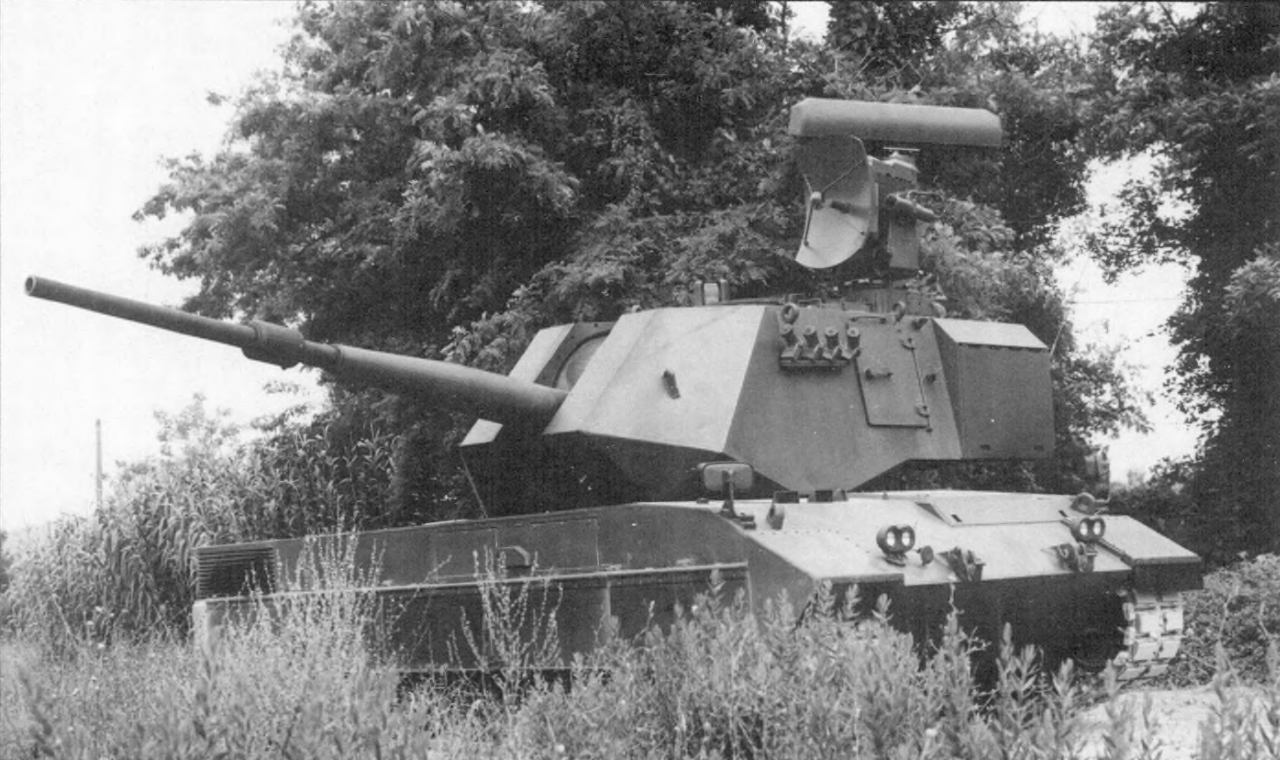 The first mention of the program comes from 1981 where it was presented during the Paris Air Show in France, but the initial prototype (using the Palmaria hull) was actually only ready by 1985 and its first public appearance once again took place in Paris, this time in 1987. A second prototype (using the Leopard 1 hull) was built between 1987 and 1989, featuring a turret called HEFAS 76. Both prototypes were apparently Palmaria-based although at least one prototype based on the Leopard 1A1 chassis existed as well.

The Otomatic prototype based on the modified OF-40 (Palmaria) hull weighed some 46 tons (of which 16.5 tons belonged to the turret) and had a crew of four – three men in the turret (gunner, commander and loader) and the driver in the hull.

Armor-wise, the hull was made of steel-only with the frontal armor being 70mm thick. The turret was also made of welded steel that was 25mm thick at most places while the roof was 15mm thick. There were also rubber side-screens as well, protecting Otomatic’s flanks against bullets. And that’s pretty much it – the entire vehicle was basically only bulletproof and anything heavier (autocannons, RPGs) would go right through it – of course, if you get in the firing range of such weapons, you’re not using the vehicle as intended. Additional protection was provided by two banks of 90mm OTO Melara smoke grenades.

The main armament of the Otomatic was called Cannone 76/62 OTO-Breda Super Rapido. It was a 76mm rifled rapid-fire automatic cannon derived from a naval weapon of the same caliber. The idea was innovation – where everyone else (Marksman, Gepard) used relatively small caliber autocannons (typically 20mm to 35mm), the Otomatic would use heavier and far more destructive shells that would saturate the target area with fragments not based on the sheer volume of fire but on the shell size. That way, if you get a gun that’s accurate enough, you can save a lot of ammunition weight and therefore keep the vehicle operation for longer without reloading.

And accurate it was. Otomatic used two radars:

The gun could of course engage ground targets as well and quite effectively so thanks to the TURMS optics for both gunner and commander (the commander had panoramic TURMS sights while the gunner’s TURMS optics featured a laser rangefinder).

The gun could fire the following shells:

With this system, it only took 6 seconds between target detection and the first shells arriving on target.

The gun was fed from a carousel below the turret via a rather complex but reliable mechanism. It could elevate to +60 degrees and depress to -5 degrees and could fire 120 rounds per minute. The shells were ejected through the front of the turret. The gun’s maximum firing range was 16km but it was only truly effective at 6km.

The Otomatic carried 100 shells (26 in the automatic loading mechanism, 48 in the turret and 26 in the hull). The vehicle was also armed with 7.62mm machinegun. The Otomatic was powered by a German 830hp MTU MB 838 Ca M500 10-cylinder multi-fuel engine, allowing it to go as fast as 65 km/h (this was the Palmaria version). The other engine listed as powering the Otomatic was the Leopard 1 engine (MTU MB 837 Ka-500 producing 730hp).

During various trials that took place in the 1980s and 1990s, the Otomatic performed really well. Its massive 76mm cannon completely outperformed the Gepard and the Marksman and the Italians were looking forward to getting some nice major contracts from Italy and elsewhere. Unfortunately, it all came to naught because, much like other excellent projects, it came at a wrong time. The collapse of the Soviet Union was followed by budget cuts all across the NATO and the Otomatic was simply too expensive for the Italian military at the time, especially when a lot of the military budget was committed to various missile systems.

It is unclear how many prototypes of the Otomatic were built. Some sources claim two were built (one using a Palmaria chassis and one using a Leopard 1 chassis), some more than four (the turret was allegedly tested on an M60 hull and on a Leopard 2 hull).

Regardless, the Otomatic was officially offered by OTO Melara until the end of the 1990s (possibly 1997) when it was quietly removed from the catalogues and one of the prototypes was scrapped. The other, Leopard-based prototype was apparently saved and OTO plans to put it on display in its La Spezia museum.

But the lessons learned from the Otomatic were not lost. The turret served as a basis for the development of another 76mm weapon system, which was then installed on a Centauro chassis, producing a variant called Draco.

In Armored Warfare, the Otomatic will be an Italian Tier 9 Premium Tank Destroyer and a reward vehicle of the Eclipse Battle Path, obtainable by unlocking Level 34 of the Battle Path.

Gameplay-wise, we’re looking at a very simple concept – this is, for most intents and purposes, a Draco on tracks. It’ll be a bit slower but will feature a bit heavier armor.

Protection-wise, we’re looking at some basic steel hull and a manned turret. The armor will likely not correspond to the real life value as 25mm of steel is just not enough – it’ll be thicker. How much thicker is still being decided but we’d like the vehicle to at least resist heavy machineguns frontally. This has to compensate for the lack of any APS.

But the firepower of the Otomatic will be phenomenal, just like the one of Draco. We’re looking at the same 76mm automatic cannon with the same shells, including the dreaded 730mm penetration one, combined with 12 round clip firing roughly 1 round per 0.7 seconds. The exact numbers will have to be tweaked because the Otomatic will be nowhere near as fast, agile, or capable of rapid acceleration as the Draco.

Which brings us to the chassis and mobility that will roughly correspond to that of the OF-40. We might make the vehicle a bit more agile but, again, some testing is required to decide what to do with it. All things considered, the vehicle will play much like the Draco with its main feature being the large autocannon magazine and high rate of fire. 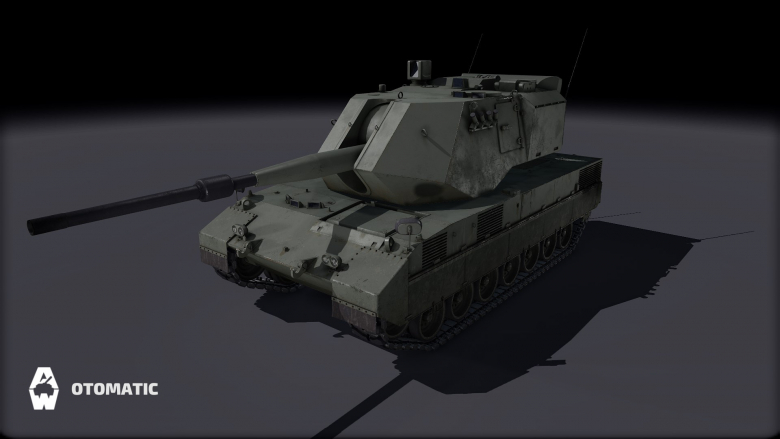 We hope that you’ll enjoy the vehicle and, as always: