The OT-64 SKOT is a heavy-wheeled Warsaw Pact armored personnel carrier, built in former Czechoslovakia and Poland. Its rather convoluted development history was described in two previous articles:

Development and the start of production were quite complicated. The vehicle was to become the standard APC of the motorized infantry formations, while the heavier tank formations were to receive the tracked OT-62 TOPAS.

During testing in 1961-1962, it was decided that 6 of these vehicles should be attached to a single motorized infantry company. One would be a command vehicle, one would carry two anti-tank squads with T21 recoilless guns (later with guided missile systems) and the rest would be standard troop transports with 14 to 16 soldiers each (the company consisted of 83 men). Based on further trials, the number of APCs per company was increased to 7 as per Polish proposals, with two of them towing anti-tank cannons.

The official introduction was preceded by a 1964 performance report on the OT-64, stating that at the time the OT-64 exceeded all the other APCs in the world in performance, including the Soviet ones thanks to its excellent off-road capabilities. Lieutenant-General Miroslav Šmoldas proposed its introduction to service to the Ministry of National Defense in December 1964 under the official designation of Obrněný transportér střední kolový, plovoucí (medium wheeled APC, amphibious) or OT-64 in short. This proposal passed and the OT-64 was officially accepted in Czechoslovak service on May 3, 1965. It was first shown to the public on May 9, 1965 during the 20th anniversary of the liberation of Czechoslovakia military parade in Prague. The Polish had shown their own OT-64s to the public a year earlier, in 1964.

Initial training in Czechoslovakia was unfortunately marred by three fatal accidents, in which 9 soldiers drowned during failed attempts to cross bodies of water. The first major operation the vehicles participated in was the Vltava exercise (80 thousand soldiers, 550 tanks, 1500 APCs, 750 aircraft) in 1966. The vehicles performed rather well, but the exercise itself was criticized by the Soviets, who offered "brotherly help" in the form of 2 divisions stationed in Czechoslovakia. This offer was still just an offer at the time and was politely, but firmly, refused.

The first OT-64s went to the motorized infantry divisions and by 1969 re-arming plans were going well with the exception of the radio variants (OT-64/R-2 and OT-64/R-3), which were behind schedule. Use of the vehicles depended heavily on the actual number available – early on for example, a motorized infantry company usually only had 6 vehicles (later on it was increased to 7). In 1967, the recoilless gun anti-tank squads were disbanded (the guns themselves were used to arm the OT-62s and OT-65s) and the numbers changed yet again and kept on changing in the years that followed.

For its time, the OT-64 was very modern and powerful and the fast introduction of the OT-64 led to a number of rather odd and unexpected problems. In its unarmed variant, the vehicle weighed 12.15 tons (14 tons fully loaded) and was powered by a powerful 180hp Tatra T-928-14 V8 diesel with a maximum speed of 94 km/h.

That, however, was the official number. Unofficially, it was possible to go as fast as 110 km/h. While this number may not seem excessively high given today's standards, it was a lot in 1965. A typical firefighter truck could do around 80 km/h, a bus could do around 90 km/h and even the newest Czechoslovak car of the time – the Škoda 1000 MB – could barely keep up with this 14 ton steel monster.

Newbie APC drivers (Czechoslovak and Polish armies were based on 2-year compulsory military service for every 18 year old male), not used to such performance, tended to underestimate the vehicle. That, along with a poor view for the driver, compared to civilian vehicles, led to various driving accidents. Fortunately, this problem was mitigated by an extensive training course for OT-64 drivers, which was established early on.

In the late 1980s, the rest was to switch to the BVP-2. The fall of the communist regime in Czechoslovakia cut the process short and OT-64s remained in service in various roles until the early 1990s. In June 1988, for example, the Czechoslovak army had 1610 basic OT-64A or 2A variants in active service (to compare, by 1985, Poland had 1954). These numbers were considerably reduced after 1990. Many vehicles had their armed turret removed – later on the turret was mounted on the BVP-1 chassis, producing the infamous OT-90.

In Czechoslovak service, the OT-64's only real "combat" mission in the 1990s was its participation in the UNPROFOR peacekeeping mission in former Yugoslavia between April 1992 and May 1995 in today's Croatia (Plitvice Lakes region).

Despite their obsolescence, which was apparent in the mid-1990s when the vehicles had already served for 30 years, the last of the OT-64s were officially phased out from Czechoslovak service in 2004 or 2005. Several specialized vehicles (such as the OT-64 ZDRAV armored ambulance) were also used by the Czech contingent in Afghanistan – possibly the last combat use took place there in 2009 when one was used to transport troops from FOB Shank to FOB Hades. 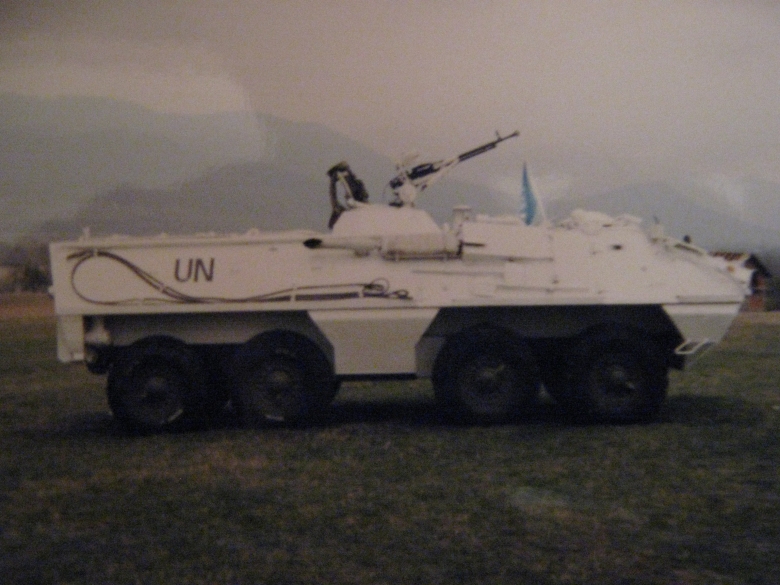 In the army of the Czech Republic, it was replaced by the Pandur II wheeled IFV, while the Rosomak IFV replaced it in Poland. In total, 6021 OT-64s of all variants were built from 1963 to 1971.

Apart from domestic service in former Czechoslovakia and Poland, the OT-64 was also widely exported. Some former operators have since re-sold their stock to third parties and, as a result, the OT-64 can appear practically anywhere in the world, especially in northern Africa.

One of the earliest recipients of the OT-64 was Iraq with 173 vehicles exported there as part of the economic aid to Arab countries between 1967 and 1970 and a further 248 by the mid-1970s. All of them were destroyed during the Iran-Iraq war and the Gulf War. Uganda bought an unknown number in 1970. 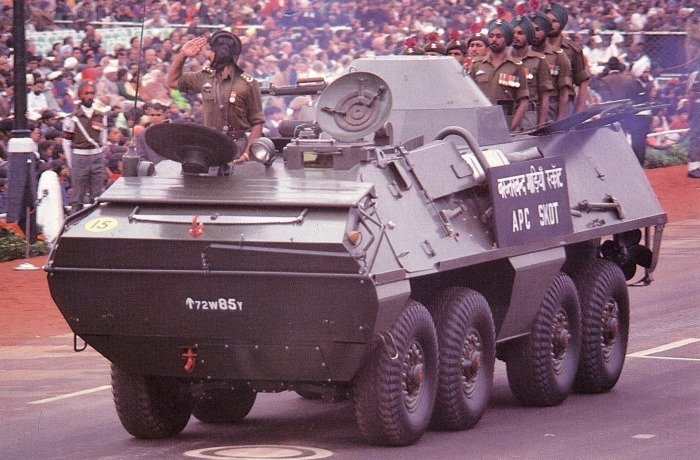 Libya bought 80 OT-64s in 1975 and Sudan bought 64 during the 1970s as well. The biggest sales were made after 1990 with hundreds of old Czechoslovak and Polish military vehicles sold all over the world. Algeria bought 150 OT-64s in 1994, Angola bought 9, Cambodia bought 26 and Sierra Leona bought 10. Uruguay purchased 60 vehicles in 1995 and 40 more in 1999. A number of OT-64s were sold into private hands as well and ended up in many military vehicle collections.

Other sources state that Egypt bought 200, India bought 300, Syria 300 and Morocco 95 from the late 1960s to the mid-1970s, but these numbers are suspicious and are likely not to be accurate, especially given the production capacities and the needs of the Polish and Czechoslovak military. Unfortunately, a number of documents regarding the sales are still classified.

The nomenclature of OT-64 variants is a somewhat complicated matter, made worse by the fact it was to some extent not unified even in Poland and Czechoslovakia. Multiple (especially foreign) sources then added their own nomenclature.

The second one is almost certainly incorrect so we'll stick to the most plausible one. The basic versions therefore are:

Development of the OT-64 2A was another convoluted story. It was decided early on that 30 to 50 percent of the OT-64s should be armed, although there was strong opposition to this decision. It was pointed out that Soviet APCs were unarmed and the same doctrine should be followed.

Early considerations included mounting a single barrel version of the 30mm vz.53/59 autocannon (used on the Ještěrka AA vehicle), but this idea was buried by the opponents of arming the OT-64. Another idea was to arm it with a 12.7mm heavy machine gun or even an anti-tank rifle. The final decision was only taken after cooperation with Poland began.

The early OT-64s were to be armed with the same turret used on the OT-65 and OT-62, an 82mm T21 recoilless gun and a 7.62mm machinegun. A prototype was built in 1964, but it didn't pass the trials. The turret made the vehicle impossible to seal to protect the inside from NBC effects, the weaponry was also considered not to be accurate enough. It was therefore decided to ask the Soviets for the documentation of the BTR-60PB turret. 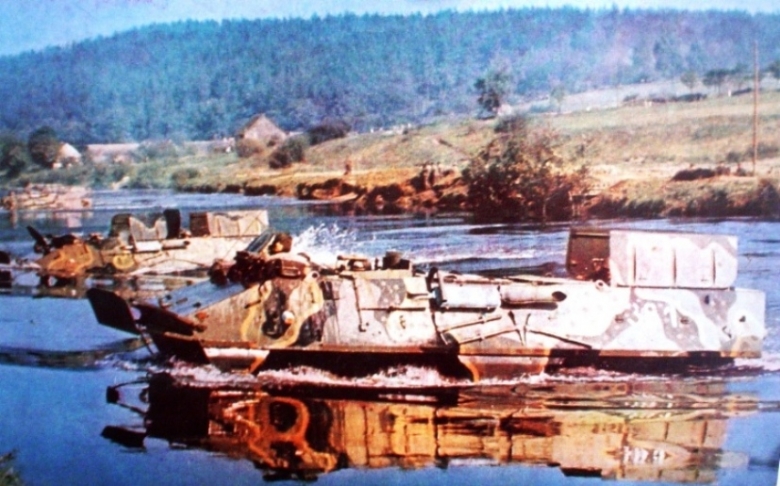 This, however, caused further delays. The Soviets were not known to be very eager to hand out some of their documents and the negotiations continued until 1965. They were ultimately successful and the first incomplete turret along with some of the documents were delivered in June 1965.

The primary armament of the turret was the Soviet 14.5mm KPVT machinegun. As for the secondary weapon, at that point the army had a number of vz.43S machineguns available (license-produced SG-43 Goryunov) due to the introduction of the new vz.59 universal machinegun. These replaced the original Soviet PKT machinegun as the OT-64 secondary armament.

An interesting situation arose in 1968. A shortage of the Soviet-made KPVT heavy machineguns and the unwillingness of the army to accept incomplete vehicles into service and to wait for the replacement machineguns led to the development of an OT-64 2A variant. This was armed with a 23mm Nudelman-Suranov NS-23 automatic cannon, normally used on early Soviet fighter jets, such as the Mig-15. An unknown number (perhaps two or three dozen) of these vehicles were built and sold in 1970 to Uganda.

Other indigenous variants include:

The Polish KTO Ryś (a heavily modified Polish SKOT with only 30 percent of the vehicle coming from the OT-64, so it is not generally considered an OT-64 variant). 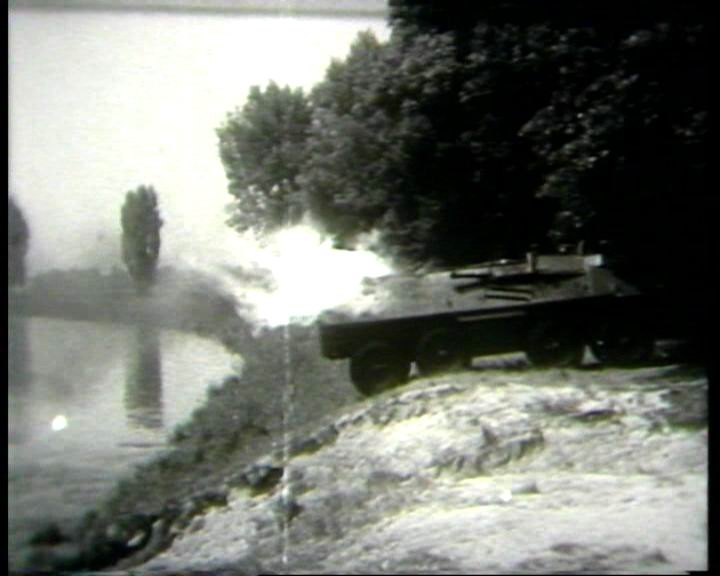 A number of interesting variants were planned, but never passed the drawing board or prototype stage.

Despite its flaws, the OT-64 was a successful vehicle. For its time, it was very futuristic, fast and powerful. It wasn't meant to serve for four or even five decades and it is now obsolete, but the fact that it is still appearing on the battlefield underlines its quality. The OT-64 will be introduced to Armored Warfare in the future.