The OT-64 APC was more or less obsolete by 1990. Its protection levels and firepower were sufficient for the 1960s and 1970s, but three decades later the main original producers and users – Czechoslovakia (from 1993 onwards the Czech Republic and the Slovak Republic) and Poland – were already considering replacing the vehicle with something better protected and with increased firepower. However, with over 6000 made, it was considered wasteful not to attempt to modernize it or use it otherwise. 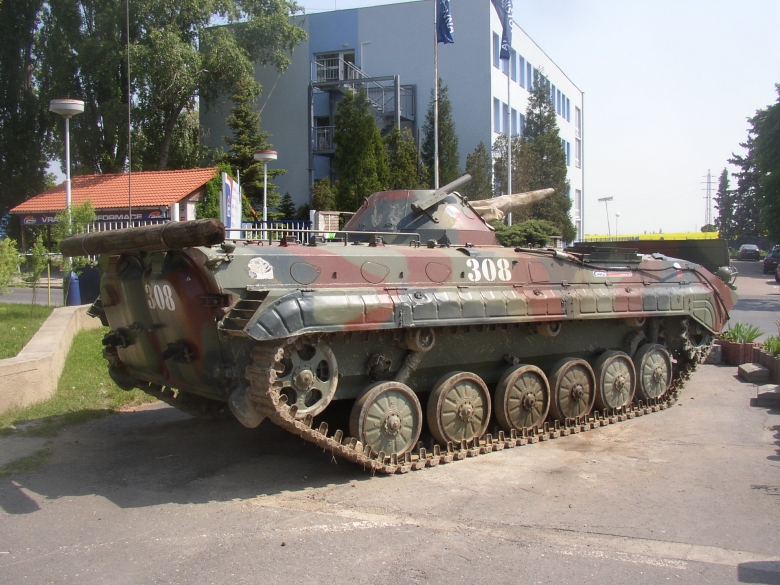 The second category includes the creation of the infamous OT-90 APC – 620 OT-64 2A turrets (armed with 14.5mm KPVT heavy machineguns) were removed from the hulls and installed on Czechoslovak BMPs in 1990 and 1991. The reason for this strange hybrid was mostly political – in 1990, Czechoslovakia signed two international agreements, stipulating it would reduce the amount of APCs, IFVs and tanks in service.

As there were a large number of BMPs available, a number of them were modified by removing their turrets and replacing them with OT-64 2A turrets to move them to the APC category as per the agreements (IFVs with 20mm or smaller caliber weapons and no missiles counted as APCs). The result was an unsuccessful vehicle with poor driving performance due to a center of gravity shift and severe reliability issues because of the haste in which the project was carried out. It was mockingly named Havlův Tygr (Havel’s Tiger) by the Czechoslovak military staff in recognition of the role the former president Václav Havel played in its creation.

United Nations Peacekeepers (specifically the Slovak engineers) used the OT-64s in the Eritrea and Ethiopia mission between 2000 and 2001. The OT-64 vehicles were upgraded by VOP Trenčín to operate in higher altitudes – for example by introducing force feeding to the oil cooling system. The vehicles were then used at an altitude of over 2000 meters above sea level and were still having engine and transmission overheating problems even when driving carefully. Several were sold to the Kenyan contingent in the city of Assab, but the Kenyans wrecked them by careless driving and poor maintenance. 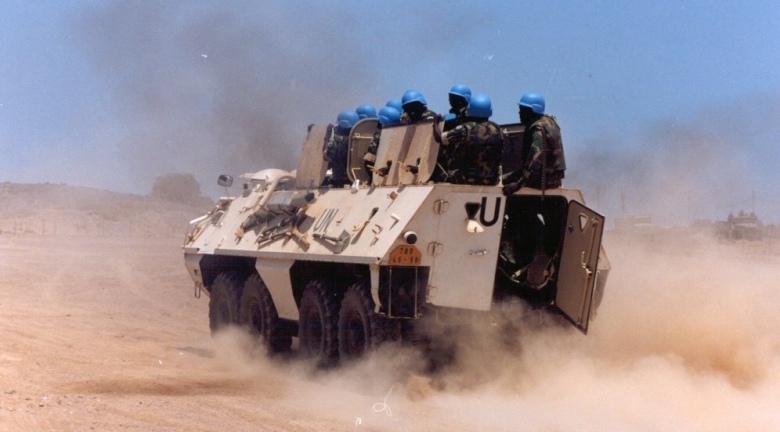 As mentioned above, the firepower of the OT-64 2A remained a problem. Several projects were developed to improve it in the late 1990s and 2000s. One of the most interesting projects was the Slovak OT-64 COBRA.

Unlike the original Czechoslovak and Polish OT-64, the COBRA was a purely Slovak upgrade. It consisted of an OT-64 hull and the COBRA (officially called 2A42 – COBRA) low-profile turret, developed and built by ZŤS Špeciál Trenčín. 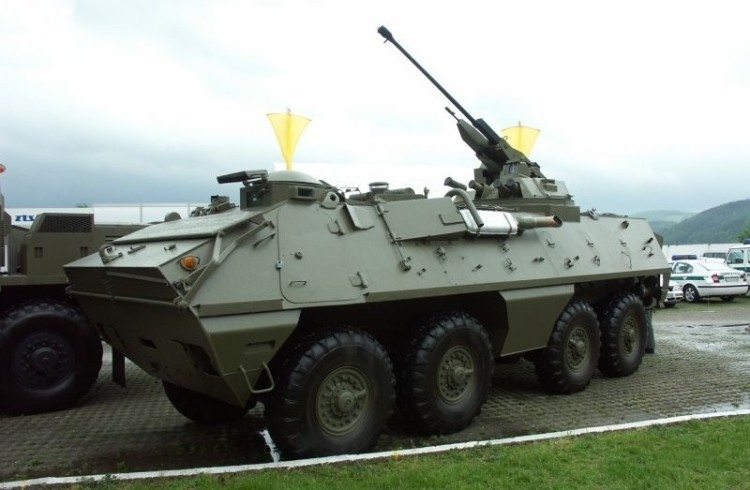 The low-profile one-man COBRA turret was developed in the late 1990s and early 2000s. It was first shown to the public in 2001. It was designed to improve the firepower of several vehicles, including the OT-64, BMP-1, BTR-70 and the Pandur II. The weapon system could engage both ground and low-flying targets.

The turret's main weapon was a modified Soviet 30mm Shipunov 2A42 cannon, used mostly on other Russian vehicles (such as the BMP-2). The gun was paired with a coaxial 7.62mm PKT light machinegun. Both weapons were stabilized. The main gun was intended to engage lightly armored targets (IFVs mostly) at approximately 1000 meters, while the light machinegun was to be used against AT teams and infantry formations at closer distances. The rate of fire of the main gun could be set either to 250 rounds per minute or 500 rounds per minute.

Both weapons could elevate to +50 degrees (+58 when set manually) and depress to -4 degrees. The turret traverse rate using the electric traverse system was 30 degrees per second and the turret elevation and depression rate was 20 degrees per second. The gun operator sat on the left of the weapon and aimed the guns using stabilized periscopic BPK-2 day/night sights.

The turret's firepower could be enhanced – based on the wishes of the customer – by the installation of a 9K111 Konkurs ATGM launcher.

The turret itself was made of armor steel with a fiberglass lining and could withstand frontal hits from 14.5mm heavy machinegun from the frontal angle (45 degrees to each side from the turret axis) and from 7.62mm bullet hits everywhere else. Protection was also further enhanced by the installation of a 902V Tucha smoke grenade launcher system (6 launchers). The turret had its own air filtration and combat compartment overpressure system to protect the operator from NBC threats. The weight of the turret was 1100kg.

The 2001 OT-64 COBRA prototype was also modified somewhat – the power output of the electric generator was increased to cover the turret's needs.

The turret was shown on multiple occasions from 2003 onwards and was installed on several vehicles, but it failed to attract any customers and was never widely produced. Despite that, development of the COBRA turret continued. 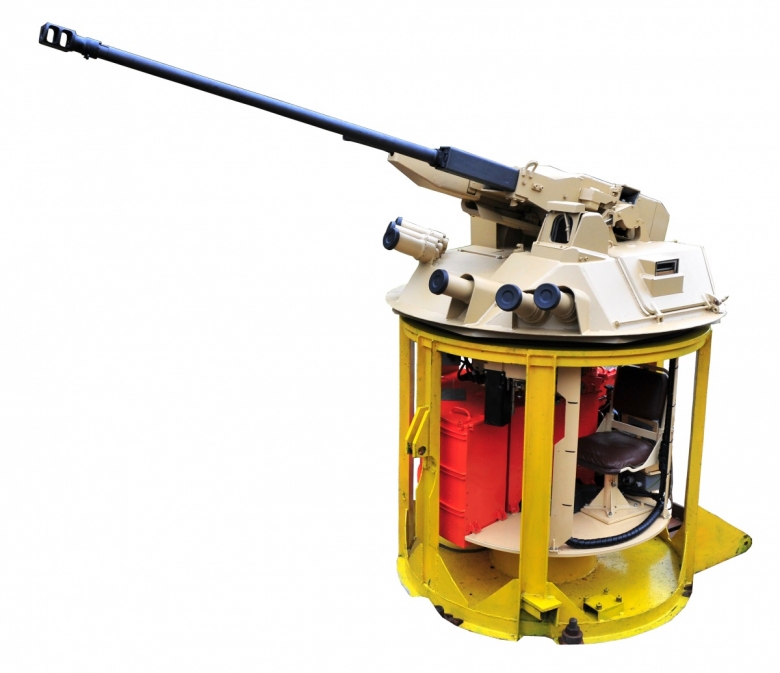 An improved version of the COBRA turret (again by ZŤS Špeciál) was unveiled in 2011 under the designation of DVK-30. It has some differences compared to the old COBRA:

Like its predecessor, the DVK-30 turret can be also equipped with a guided missile launcher and can be installed on a wide variety of vehicles, ranging from the OT-64 to the BTR series and heavily modified vehicles like the Excalibur Army BMP-MEXCA. One new feature is the option to upgrade the older 30mm 2A42 gun to the modern Excalibur Army 30mm CZ30 automatic cannon. The DVK-30 system is still being offered by ZŤS, but no contracts have been announced as of September 2016.