In our recent Developer Diary series about the Main Battle Tanks, Armored Fighting Vehicles and Tank Destroyers, we’ve discussed some of the vehicle mobility and Ready Rack changes coming to Armored Warfare in Update 0.22. 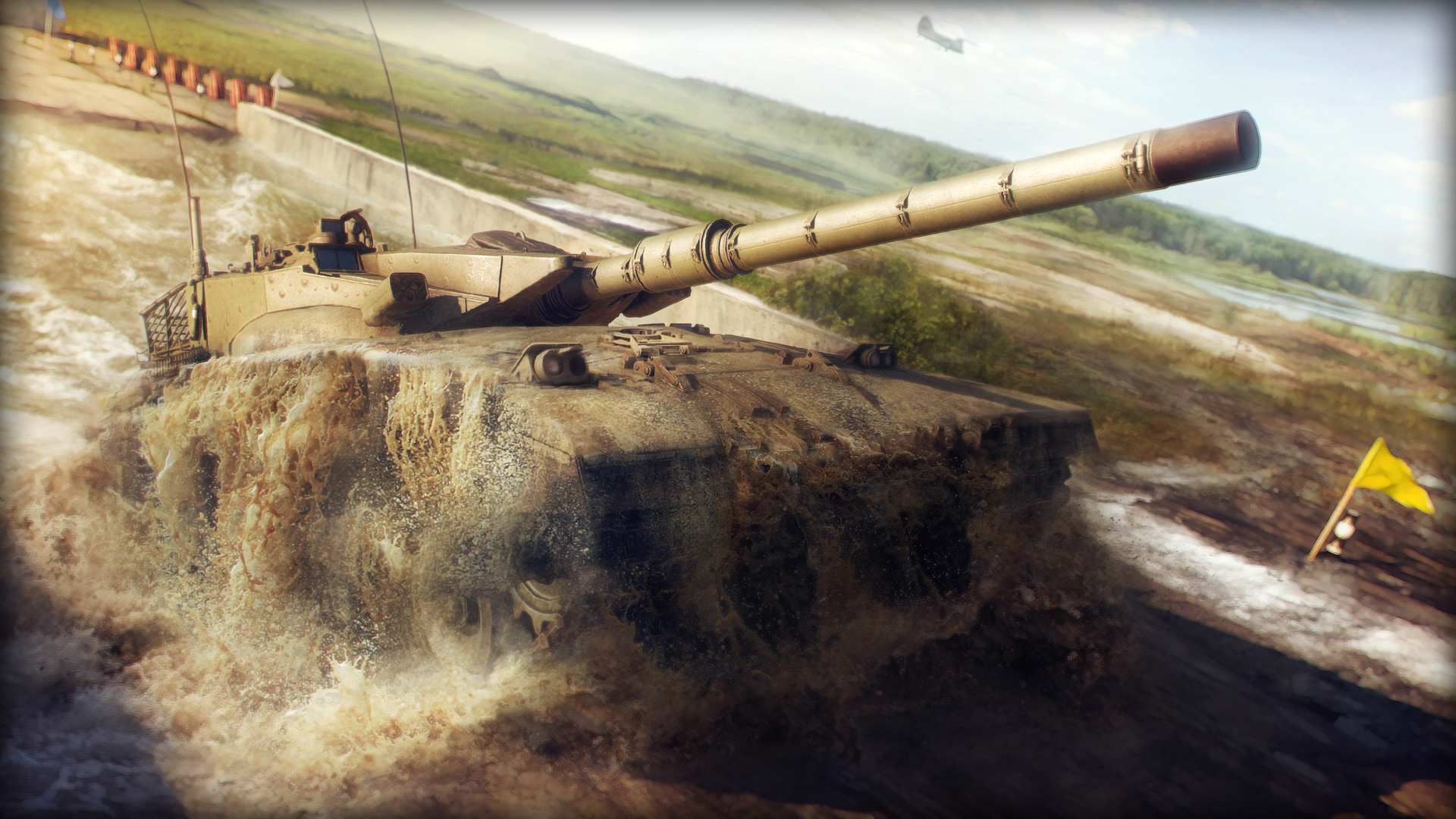 Today we’ll take another look at both changes.

Vehicle mobility is one of the top three most important characteristics a vehicle can have alongside firepower and protection. In Armored Warfare, it is equally as important as it is in real life. To make the vehicle mobility more realistic, we are introducing multiple changes to the vehicle movement model. Starting from Update 0.22, vehicle movement will be determined by more characteristics, making different vehicles move in a different fashion. One of the more important ones will be the type of the engine the vehicle has. Simply put:

This change will have a significant impact on each vehicle’s movement characteristics – some vehicles can even choose between a turbine engine and a diesel engine and this change will make the choice even more important.

Vehicle acceleration will also more depend on that vehicle’s power to weight ratio – lighter tanks with powerful engines will have easier time accelerating, engine horsepower will therefore play a bigger role and upgrades will feel more significant.

Another change concerns damaged engines – currently, vehicles with damaged engines have trouble driving up slopes due to the decrease in engine’s power, often getting stuck in gullies and becoming easy prey for any enemy that happens to appear. This will no longer be the case in Update 0.22 with even the weakest engines being able to push the tank over many slopes and out of danger.

And, last but not least, we are planning to improve the engine sounds including their interaction with obstacles. An engine trying to push a 50 ton behemoth across a ditch should sound worthy of the effort.

Speaking of obstacles – we are also improving the surface interaction with various vehicles. On winter maps, tanks will drift on icy surfaces and driving off-road will become more difficult for certain vehicles. This will introduce a new gameplay element to the game – players who know the maps like the back of their hand will have a clear advantage over those who don’t by knowing exactly where to drive to maximize the performance of their vehicles. Heavy MBTs will feel this change the most while lighter tracked vehicles such as AFVs will stay very mobile even when driving over soft, muddy terrain. The transition between different surfaces will also become more realistic – in the past, crossing between terrain types caused the vehicle to immediately lose a lot of speed. This will no longer be the case as these transitions will become far smoother.

Finally, driving in water will also feel differently – the deeper the water, the more the vehicles will slow down, although driving in shallow water will not affect the mobility much. Emerging from water will, however, become easier (the vehicles won’t slow as much during the transition) due to the abovementioned terrain transition changes.

Wheeled vehicle movement will also be affected by the changes. Many of them will become more controllable and predictable, making it easier to steer and to avoid obstacles.

Our general goal is to introduce more interesting gameplay elements and diversity. The vehicles will feel more unique and different from each other, allowing for some interesting module choices.

Ready Rack in real life is the (usually very limited) set of shells that are stored near the gun to allow the loader to load the gun quicker than if he had to reach out to the hull for more ammunition. As such, they are very handy but, usually, the turret design won’t allow for high capacity ready racks and once depleted, the loading process becomes much slower.

To reflect this fact, we’ll update the Ready Rack mechanism in the following way:

In other words, a tank has two reload times:

The vehicles that will feature this Ready Rack in Update 0.22 include:

This list is, however, not final and will be added to as we continue to update the game.

We hope that you will like these changes and will see you on the battlefield.