As we announced before, one of the most valuable prizes of the upcoming Riders on the Storm event will be the M60A3 SLEP Main Battle Tank and in this article, we’ll tell you more about it. 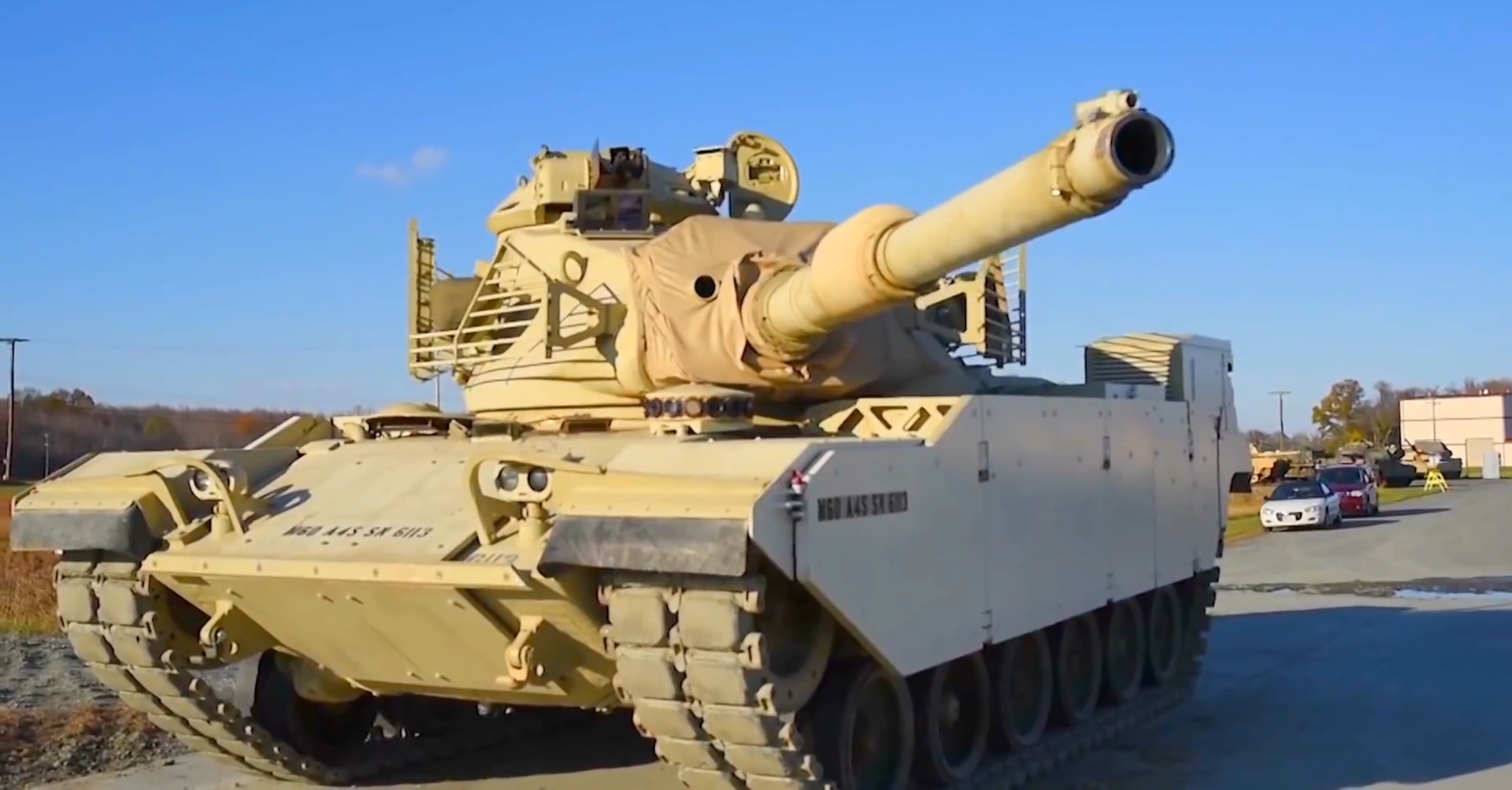 The word SLEP stands for Service Life Extension Program, which pretty much sums up the whole vehicle. The venerable M60A3 is currently still in service in a number of countries all across the world despite the first vehicles of this type rolling off the assembly lines more than four decades ago. Before the arrival of the Abrams, they formed the backbone of the U.S. Army armored forces with 5400 M60A3 tanks built in total between 1978-1979 and 1987, including 1700 newly built tanks and 3700 converted older M60 models.

The SLEP program was designed to breathe new life into these old machines and to make them viable for the 21st century battlefield at a fraction of the cost of a new MBT. The main upgrades include:

The story of this design likely begins in 2010-2011 with a Turkish company called StandartBio (known for producing heavy machinery and some light armor), which, in cooperation with an American company called L3Harris, offered a prototype called AMBT (Affordable Main Battle Tank). The prototype was also known under the name “Destroyer” or “L3 Destroyer” and featured, aside from the abovementioned upgrades, two rather distinctive elements:

The latter was intended as an anti-infantry weapon. The upgraded FCS was provided by L3 and the tank also got its engine pushed to 1200hp. It was still the old AVDS-1790-5A diesel, but a combination of turbos and durability refits pushed the design to the limits. StandartBio didn’t manage to get any customers for their design – Turkey was clearly not interested with Sabra being a superior design and in the case of the other middle-eastern countries that still use the M60 series (Egypt, Morocco and several others), politics likely played a part. After some time, StandartBio dropped the design from its offers and focused on more lucrative areas. 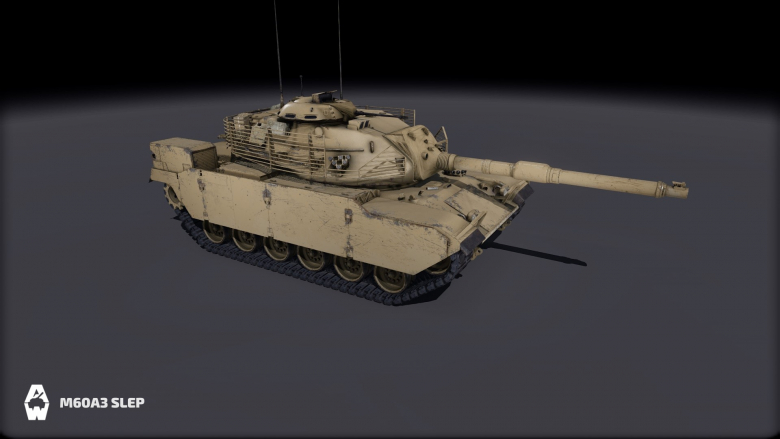 What happened afterwards is a bit hazy. It seems that at some point in 2012-2013, the plans were purchased by Raytheon. In 2015-2016, Raytheon introduced its own version of the same tank, this time called M60A3 SLEP.

At first glance, both designs are practically identical, enough so that the possibility of this being accidental is off the table. However, there are some differences. Most notably:

The weight of Raytheon’s SLEP is unknown, although the composite spaced armor and the cages likely do not add more than 2-3 tons to its original 50. The speed and agility is also likely roughly the same, although having extra 200hp definitely would make the tank accelerate better. The 120mm M256 gun, however, is a significant upgrade, although its effects on the tank’s practical rate of fire or ammunition capacity are unknown (the gun is loaded manually). 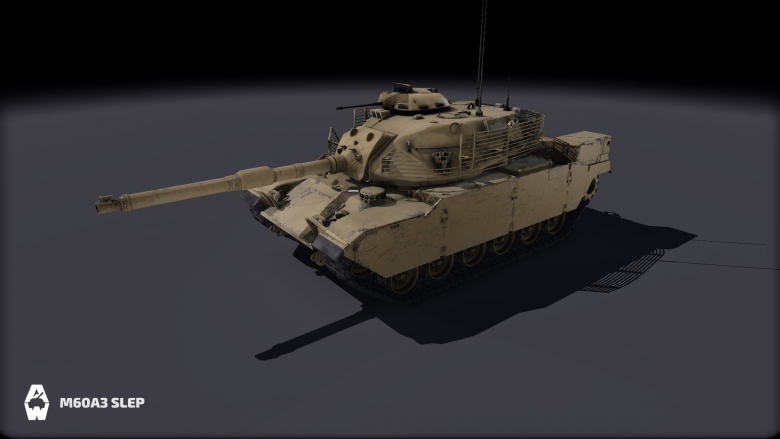 So far, the SLEP hasn’t found any customer. The reason for that seems quite clear – the M60 platform is simply too obsolete to be upgraded, even at a reduced cost. While this tank might hold its own in battle, there simply are other options with better price-to-performance ratio on the market.

Our SLEP is based on the Raytheon design and is therefore missing the 25mm light chain gun (amongst other things), which would be useless against armor anyway. 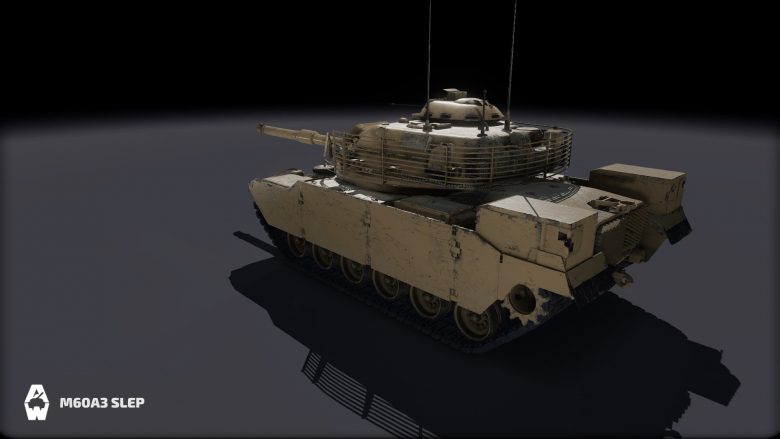 In Armored Warfare, the M60A3 SLEP will be a Tier 6 Premium Main Battle Tank.

There isn’t much we can tell you about it that you don’t probably already know. We’re looking at a basic M60A3 with a 120mm smoothbore gun similar to the M1A1, that’s slightly more mobile and slightly more side protected than the standard M60A3. The frontal armor will unfortunately still be mostly steel, making the SLEP more a fire support MBT than a front-line fighter.

Learn more about the historical camouflage, which will become obtainable during the upcoming Riders on the Storm event

Soon available: Riders on the Storm