The M1 Abrams is, without any doubt, one of the most famous Main Battle Tanks ever developed. From humble beginnings, it became famous during Operation Desert Storm, where it dominated the battlefield, completely outclassing older Soviet designs and their Chinese knockoffs. Its history has already been described in the following articles:

In Armored Warfare, the Abrams series is represented by the following vehicles:

And the Premium XM1 FSED. In Balance 2.0, they will be joined by another member of the M1 Abrams family – the M1A2 SEP v3.

Over the last decades, the Abrams has undergone several major upgrades. The System Enhancement Package v3 (SEP) by General Dynamics is the latest upgrade step. Compared to the earlier 2005 SEP v2 model, the SEP v3 represents a technological jump of more than a decade.

Introduced to the public for the first time in 2015 at the AUSA Expo in Washington D.C., the SEP v3 features a large number of improvements over its predecessor that focus on reaction time (the vehicle has to be able to engage the enemy as fast as possible), all-weather fighting capability and engagement distance (the vehicle needs to engage the enemy before it is engaged itself).

To that end, a new third generation FLIR (Improved Forward-Looking Infrared) commander and gunner sensor system was installed. Compared to its previous version, this system (using long and medium IR waves) can discover targets at longer distances in difficult environments (fog, smoke), even if they are using anti-IR measures (such as special paint coating). 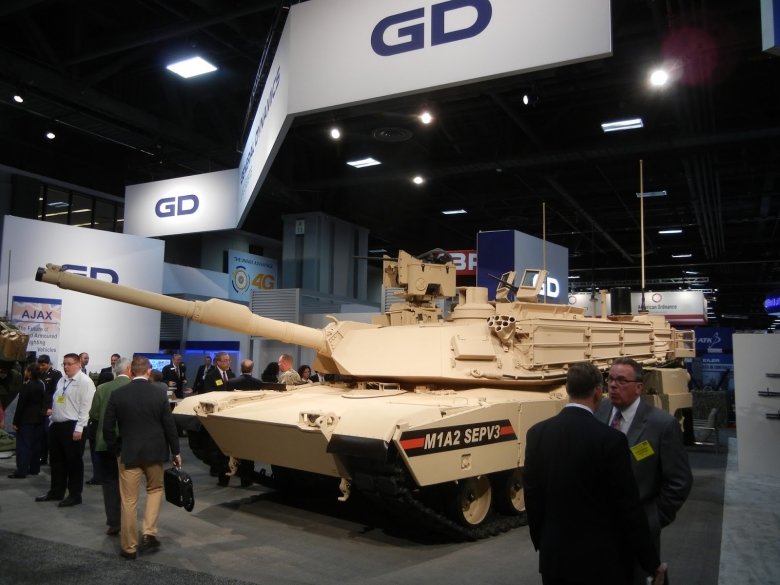 To ensure its battlefield superiority, a new type of ammunition was developed for the SEP v3. Firstly the AMP round, replacing the older anti-tank, MPAT, canister and obstacle reduction rounds. The AMP round can be programmed to operate in three modes – it can detonate on impact, it can detonate with a delay or it can work in airburst mode (detonates in the air to cover a wide area with shrapnel, which is extremely effective against infantry and soft targets). The philosophy of this round reflects the rising need for tanks to operate in urban environments, often against hidden ATGM teams.

Secondly the new anti-tank M829A4 round, designed to defeat even the latest tank protective measures, such as the Russian Relikt ERA (although its actual performance is classified). Another advantage of the new round is its new propellant, ensuring the round's performance remains the same regardless of outside temperature –the performance of kinetic rounds can vary wildly at different temperatures, a major problem for operations in very cold (or very hot) environments. Development of the M829A4 round started in 2011 and the final cost came to around 80 million USD. 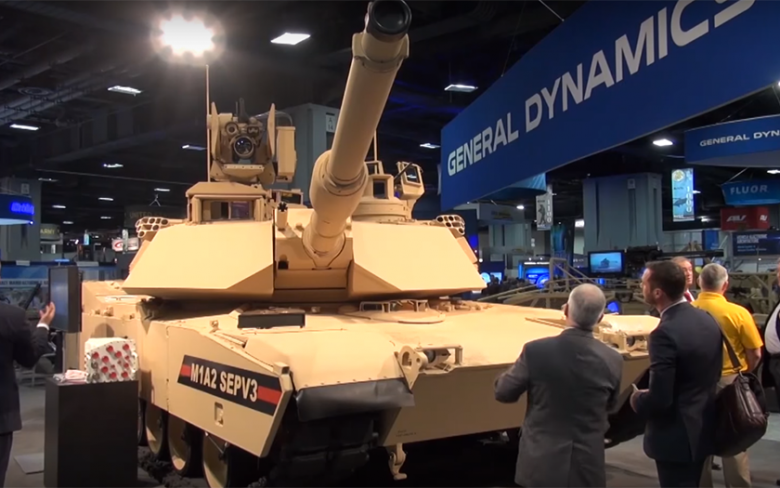 The SEP v3 is also equipped with a .50cal HMG remote-control weapons system (CROWS) on top of the turret, allowing it to engage targets without needless crew exposure. The CROWS system is equipped with an advanced daylight camera, allowing the operator to observe the surrounding environment in great detail.

The armor and the gun remain unchanged, although the vehicle now has an APU (Auxiliary Power Unit), capable of powering the tank systems when the turbine is not operational. While this change might seem small at first, it has the potential to improve the often-criticized fuel consumption of the vehicle (the turbine won't have to be operational all the time) as well as turbine maintenance costs.

The project, however, operates in the Engineering Change Proposal (ECP) mode (allowing it to bypass some of the red tape tied to the introduction of an entirely new model) and the U.S. Army is expected to receive its first M1A2 SEP v3 models (upgraded from M1A2 SEP v2) in 2017 with official fielding beginning in the second half of 2020.

We are proud to introduce our newest addition to Armored Warfare – the long-awaited Update 0.19!