In the late 2000s and early 2010s, the growing obsolescence of Cold War tanks, especially in the protection field, sparked a new drive to produce interesting armor kit upgrades to existing vehicles. While the best-known upgrade programs generally belong to Soviet vehicles, such as the T-72, a number of commercially available upgrade kits for NATO MBTs appeared in the west. 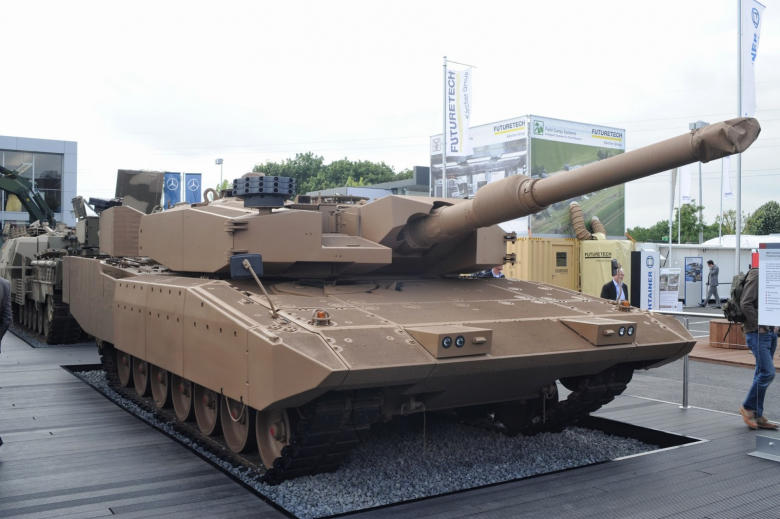 One tank in dire need of upgrading was and still is the Leopard 2A4. The Leopard 2A4 variant (or, more specifically, the older Leopard 2 variants upgraded to 2A4 standard) is possibly the most common Leopard 2 export variant around and was until recently even used in combat by Turkey against the Islamic State terrorists and Kurdish separatists in Syria. Several were lost to anti-tank guided missiles, although whether that was due to their obsolescence or due to poor tactics is a matter of debate. In any case, the operational use of these venerable machines did highlight their weaknesses – after all, the first Leopard 2A4s rolled out from the assembly lines as early as 1985. 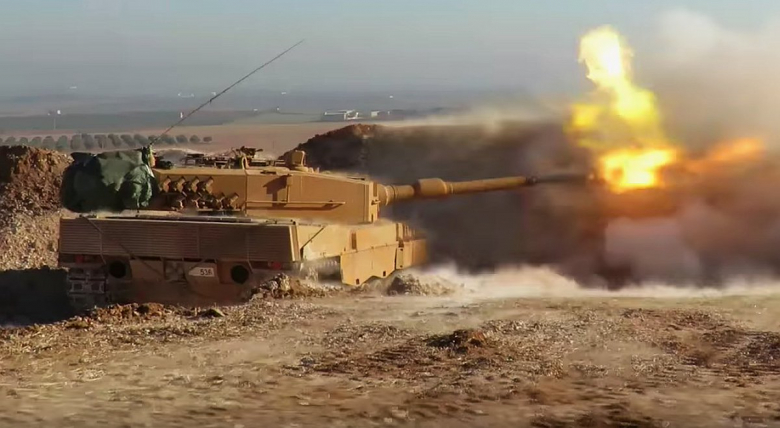 Many countries opted to upgrade their Leopard 2A4s to the 2A5 standard, starting from the early-mid 1990s all the way to 2005. The development then continued with the Leopard 2A6 variant and, ultimately, the Leopard 2A7.

However, the "official" German upgrade is not the only thing available on the market. IBD Deisenroth unveiled its own commercial armor upgrade in 2007. This upgrade pack was called Evolution. The development later passed on to Rheinmetall and the later variants were referred to as Revolution. Evolution and Revolution were both specifically intended to upgrade the Leopard 2A4. A similar upgrade kit intended for other Leopard 2 variants, called Evolution II, was unveiled in 2012. 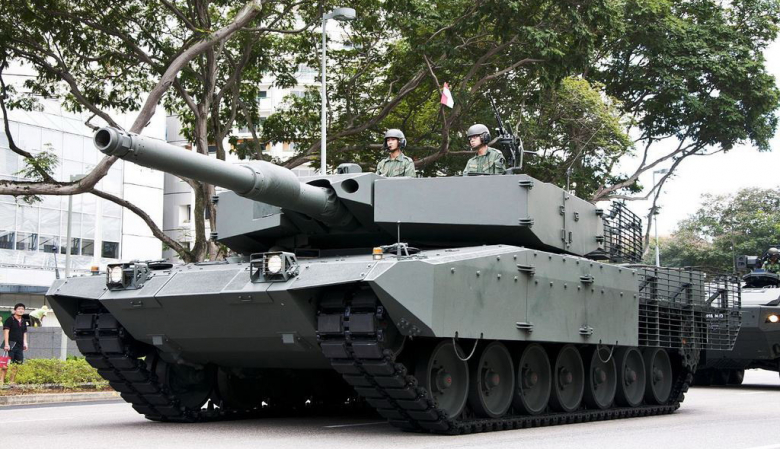 Not too much is known about the Evolution kit and its derivatives. The goal of the Advanced Modular Armor Protection (AMAP) armor (developed by IBD Deisenroth) is to prepare a vehicle for low-intensity conflicts (much like the operation in Syria) by making it more resistant to infantry-carried threats, including some mid-range anti-tank guided missiles.

Evolution armor is modular and can be upgraded depending on the intensity of the conflict. The additional armor blocs consist of composites (aluminum-titanium alloys, steel alloys and ceramics), although exact performance is naturally classified. The armor covers the frontal half of the vehicle and most of the turret – in other words, the most exposed parts. Another important, albeit optional, part of the package is the additional anti-mine and anti-IED protection in the form of extra bottom plating. The kit also comes with a Rheinmetall ROSY (Rapid Obscuring System) smoke grenade discharger, capable of laying down a smoke barrier in under a second.

The weight did increase from some 56 tons to 60 tons (depending on the configuration), but that's nothing the powerful 1500hp MB837 Ka-501 diesel can't handle. The vehicle generally retains its original firepower in the form of the fully-stabilized 120mm L/44 Rheinmetall smoothbore cannon, capable of firing standard NATO rounds. This gun can be upgraded to the L/55, but that is generally not in the spirit of the Evolution upgrade – that extra tank-killing punch is not really necessary in low-intensity conflicts and having a longer barrel actually makes any tank harder to use in urban environments. 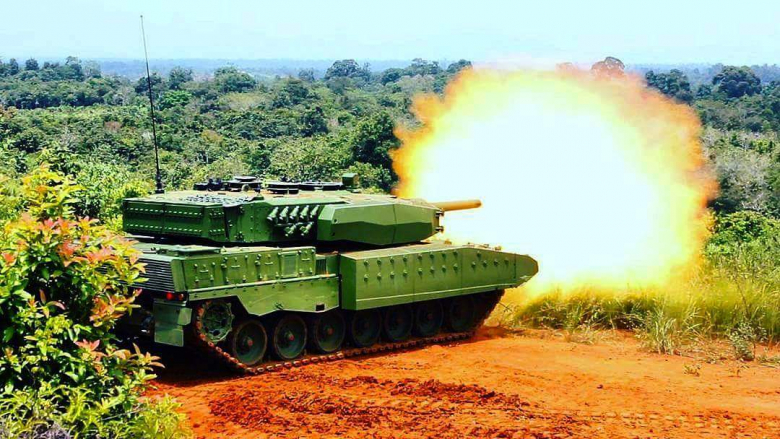 There are currently two Evolution customers. The Singaporean army purchased 94 Leopard 2A4 MBTs from Germany between 2006 and 2009 and had them upgraded with Evolution (AMAP) armor, resulting in the Leopard 2SG variant.

The second customer is Indonesia. In 2014, an Indonesian Leopard 2A4 variant with more advanced Revolution armor in AMAP-B configuration (known as Leopard 2RI) was introduced to the public at the Eurosatory expo. While the Eurosatory prototype was equipped with a lot of additional equipment such as ROSY smoke grenade launchers and extra mine protection, the finalized version for Indonesia only has some of that extra kit, including:

Indonesia ordered 61 of these machines from Germany with the first vehicles arriving in August 2016. Delivery of the vehicles, along with other German equipment, such as the Marder IFVs and 42 Leopard 2A4+ tanks, was completed in March 2017. It's worth noting that the Leopard 2A4+ is a Leopard 2A4 with all the above mentioned upgrades minus the armor kit. 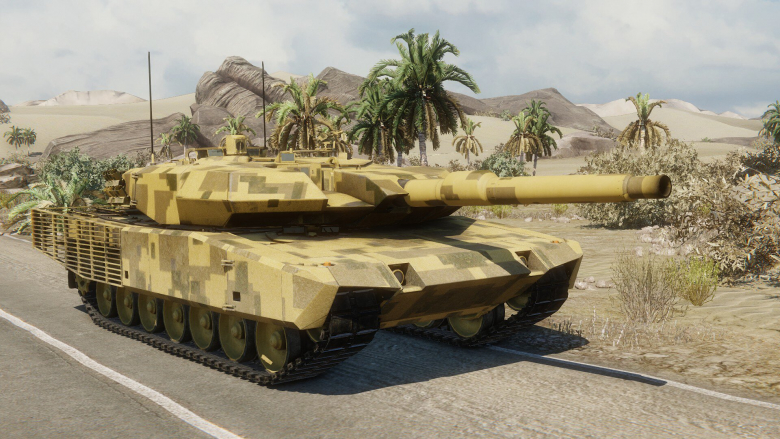 In Armored Warfare, the Leopard 2A4 Evolution will be a Tier 8 Main Battle Tank alternative to the Leopard 2A5 variant, coming in Update 0.19 on April 20 2017.

We look forward to your feedback and we'll see you on the battlefield!

Balance 2.0 - Changes to the Loot System