As you know, Armored Warfare essentially has two types of Premium vehicles – the ones that are available in the Web Shop (typically with unique paintjobs) and those that are available within the client for Gold. The latter category now has a specific purpose – to allow you to obtain a Premium vehicle that’s similar in gameplay to an existing progression one but obtains more Credits than by using a simple battle-hardening mechanism. 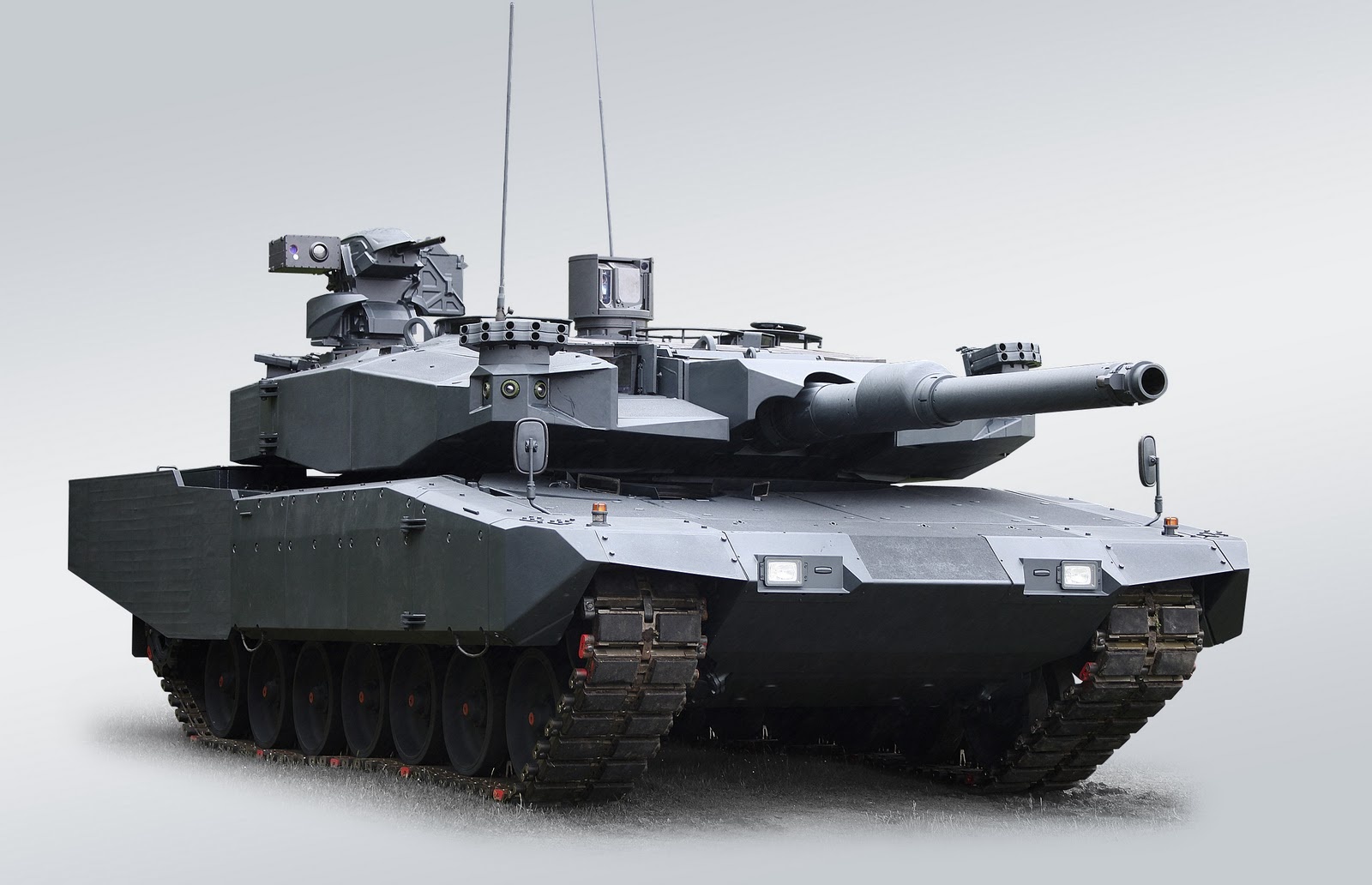 This is exactly the case of the upcoming Leopard 2 Revolution Tier 8 Premium Main Battle Tank that is going to appear in the second part of the Black Sea Incursion season to complement the analogical progression vehicle – Leopard 2 Evolution.

Simply put, Leopard 2 Revolution is an upgraded version of Leopard 2 Evolution by Rheinmetall that inherited the original IBD Deisenroth program with the Evolution itself being, as its name suggests, a modernization kit for the older Leopard 2A4. The most important upgrade is its armor – the Revolution is protected by a more advanced version of the AMAP-B armor kit. The exact protection levels are not public, but it is claimed that the upgraded Leopard 2A4s are – in protection – equal to the Leopard 2A5 or 2A6 variant.

Another “signature” feature of the Revolution is the fact that the vehicle still uses the older L/44 variant of the Rheinmetall 120mm smoothbore cannon, although its fire control system was, in some versions, upgraded to fire modern German programmable rounds. The “some versions” part is critical here for a reason: the Revolution is not a single vehicle. In reality, it’s a collection of upgrades added to the basic Leopard 2A4-based demonstrator in time (for example, the early Revolution model did not have an APS). The Revolution program ran for roughly a decade before being replaced by a variant with a L/55 smoothbore, which is, however, not referred to as “Revolution”, but as a “MBT Technologieträger” – the gun upgrade is as far as the Revolution kit goes.

In Armored Warfare, the Leopard 2 Revolution will be a mid-to-late upgrade stage from roughly 2014 with the following changes compared to the Evolution.

There are other smaller details as well (like new headlights). The most important upgrades, however, concern protection. The vehicle is not only equipped with a more advanced armor model, but also with two additional systems:

The first system consists of four small smoke grenade launchers, one per each corner of the turret so that they cover the entire vehicle, which are tied to a laser warning system. Whenever the vehicle is threatened by a guided missile, the launchers are fired automatically – this system effectively works as a soft-kill APS, disrupting the missile ability to hit the tank. 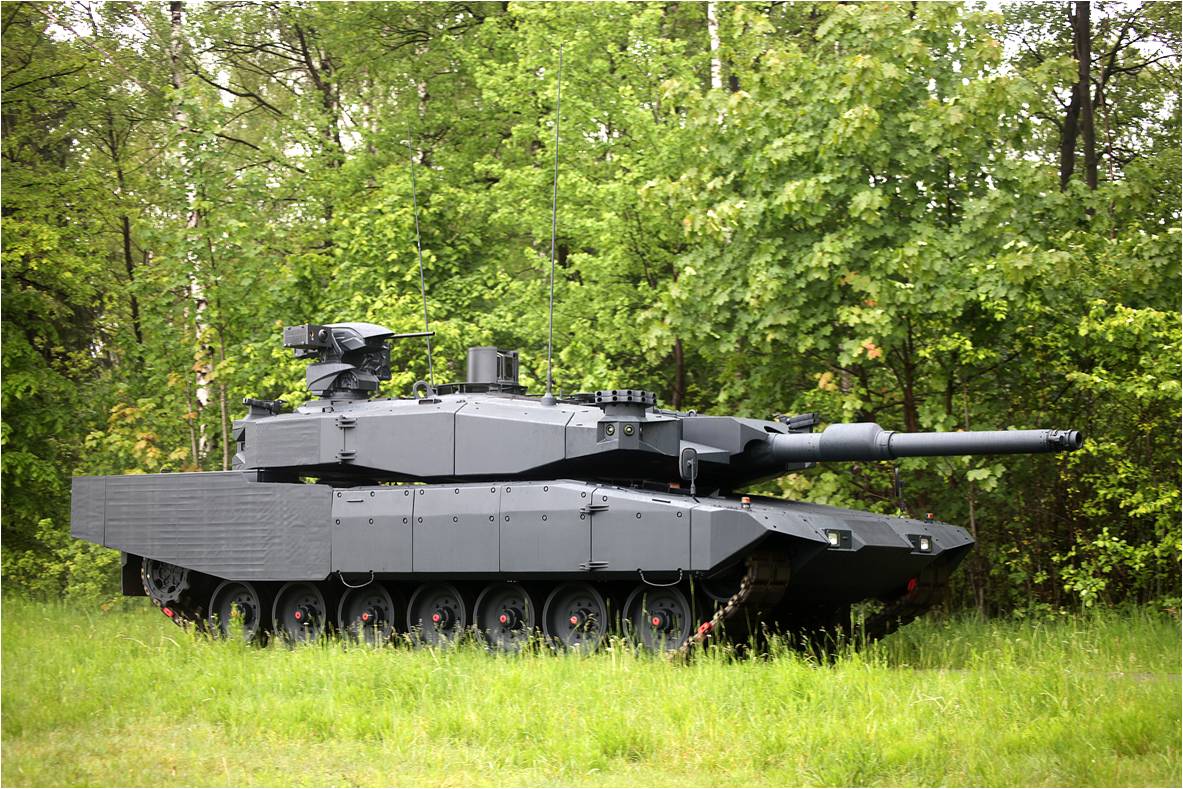 The second system is a set of cameras installed on the turret (one in each corner under the ROSY launchers) that allows the crew to see everything that’s happening outside of their vehicle from the inside. The tank does not, however, feature the L/55 gun (as was stated above) and is powered by the same engine (1500hp MTU MB873 Ka501 diesel).

The Revolution upgrade actually managed to score one customer in Indonesia. In 2014, an Indonesian Leopard 2A4 variant with more advanced Revolution armor in AMAP-B was introduced to the public at the Eurosatory expo. While the Eurosatory prototype was equipped with a lot of additional equipment such as ROSY smoke grenade launchers and extra mine protection, the finalized version for Indonesia only has some of that extra kit, including:

Indonesia ordered 61 of these machines from Germany with the first vehicles arriving in August 2016 – in Indonesian service, this variant is known as Leopard 2RI. Delivery of the vehicles was completed in March 2017.