The second variant of the KTO Rosomak coming to Armored Warfare will be the upgraded version consisting of the M1 and M1M variants. 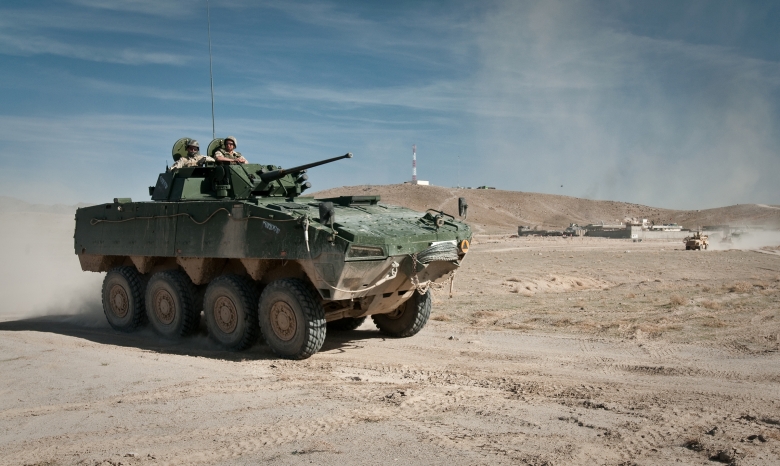 The Rosomak M1 is a KTO Rosomak (turreted version) upgrade based on requirements for Polish military missions in Afghanistan and Chad. Much like the original version, it is equipped with the Italian OTO Melara Hitfist-30P turret, carrying a 30mm Mk.44 Bushmaster II autocannon and a coaxial 7.62mm Polish UKM-2000C machinegun.

Protection, however, was increased. The vehicle has additional steel composite armor kit by the Israeli Rafael company, increasing the protection level to STANAG 4569 Level 4 (resistant to 14.5×114mm AP at 200m) all around – in the previous versions, only the front of the vehicle had this level of protection while the sides and the rear were STANAG 4569 Level 3.

This upgraded armor was not just the result of the Polish military's combat needs, but also of a media campaign prior to their deployment, which depicted the Rosomaks as overpriced and poorly protected, a literal death trap for their crews. The media allegations were unfounded, but they had far reaching consequences. Apart from the purchase of the abovementioned armor kit, the Polish military offered an alternative to appease the press and sent 10 BRDM-2 Szakal light AFVs to Afghanistan, a 'better' solution since the Rosomaks were not 'safe.' 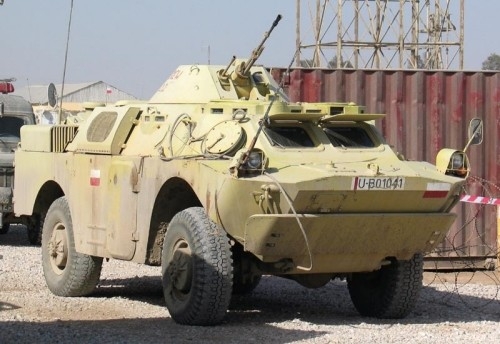 Ironically, the Szakals were much less protected than the Rosomaks and only ever served as static base defenses because they were not considered safe enough to use in a combat environment.

Additional upgrades of the Rosomak M1 variant included improved electronics and other systems:

These modifications came at a cost, specifically, in terms of weight. Vehicle weight increased by approximately 4 tons (the armor upgrade kit alone weighed approximately 3.5 tons). As a result, the KTO Rosomak M1 lost its ability to swim and the propellers were subsequently removed.

The second, even more advanced, version of the Rosomak M1 intended for high risk missions, such as the deployment in Afghanistan, is called Rosomak M1M. It was shown to the public for the first time on March 22 2010 at the Military Institute of Armoured and Automotive Technology in Sulejówek.

The biggest difference compared to the M1 version is the new anti-RPG net by QinetiQ, installed on the sides and rear of the hull. This net system (called RPGNet) consists of high density net that disables incoming RPG rounds by crushing the warhead shell and short-circuiting the mechanism thus disrupting the RPG warhead fuse. The Rosomak RPGNet kit weighs approximately 500kg and was selected based on a contest, in which it outperformed the LASSO kit by RUAG.

Other upgrades of the Rosomak M1M include:

The vehicle is also optimized to carry 6 troops instead of 8 to save some weight as the Rosomak M1M becomes progressively heavier with the installation of all the new gear. An alternative Polish armor kit (with composite steel plates for the hull and ceramics for the turret) was also introduced for the Rosomak M1M. This kit offers the same protection level as the one by Rafael. And last but not least, new sand color paint was introduced especially for the mission in Afghanistan. 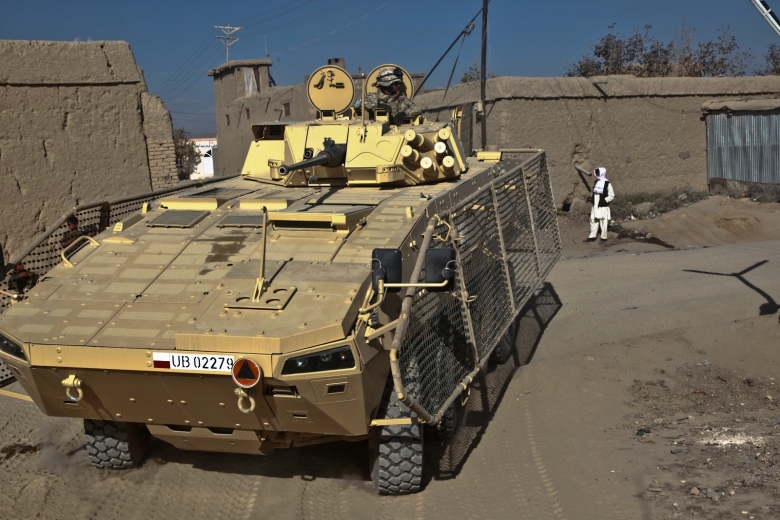 Analogical upgrades were also introduced for the APC and medical versions of the Rosomak and the first of these upgraded vehicles reached Afghanistan in July 2010. 51 vehicles of this variant were ordered in total and by mid-2012, all Rosomaks in Afghanistan were equipped with the additional armor kit and the anti-RPG nets.

One of the trends in IFV crew protection is the use of relatively lightly-armored unmanned turrets. As an alternative to the standard Hitfist-30P Rosomak turret, Huta Stalowa Wola S.A. developed an unmanned turret variant called ZSSW-30. 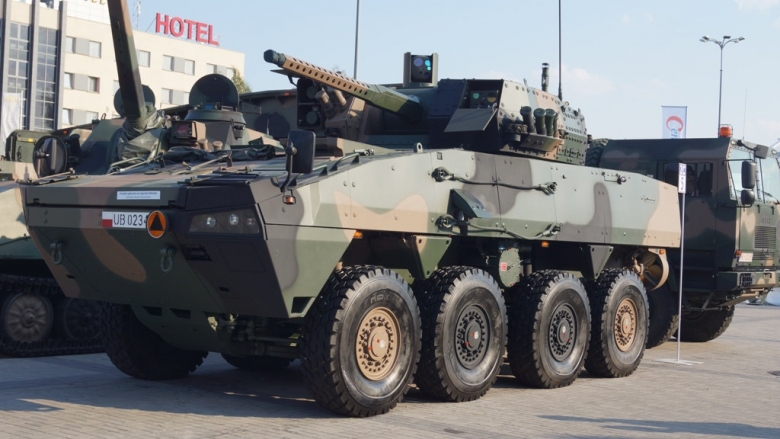 The turret was developed based on a March 2013 agreement between the company and the Polish Ministry of Defense. The main demand was for this turret to be fully compatible with the Hitfist-30P, allowing it to be installed without any additional modifications to vehicles that previously carried the Italian turret. Like the Hitfist-30P, the ZSSW-30 turret is also armed with a 30mm Mk.44 Bushmaster II autocannon and a coaxial 7.62mm Polish UKM-2000C machinegun. In addition to that, the turret also carries two Spike-LR launchers. It can also be fitted with additional armor if necessary.

Several variants of the unmanned turret were proposed and a prototype was built in 2015. There were plans to upgrade the existing fleet of Rosomaks, but the current state of the program is unknown. The rise of so-called hybrid warfare in Ukraine pushed the Polish military budget for 2016 and 2017 up significantly and the lessons learned from the conflict indicate that having modern combat vehicles is more important than ever.