Kornet-EM is one of the two Tier 10 vehicles coming in Update 0.24. Simply put, it’s a combination of two previously existing parts:

Let’s start with the Tigr platform. The GAZ Tigr (“Tiger”) is a multi-purpose four-wheeled platform, available in a large number of modifications, ranging from unarmored four-wheeled utility vehicle to a light military APC with anti-bullet armor. 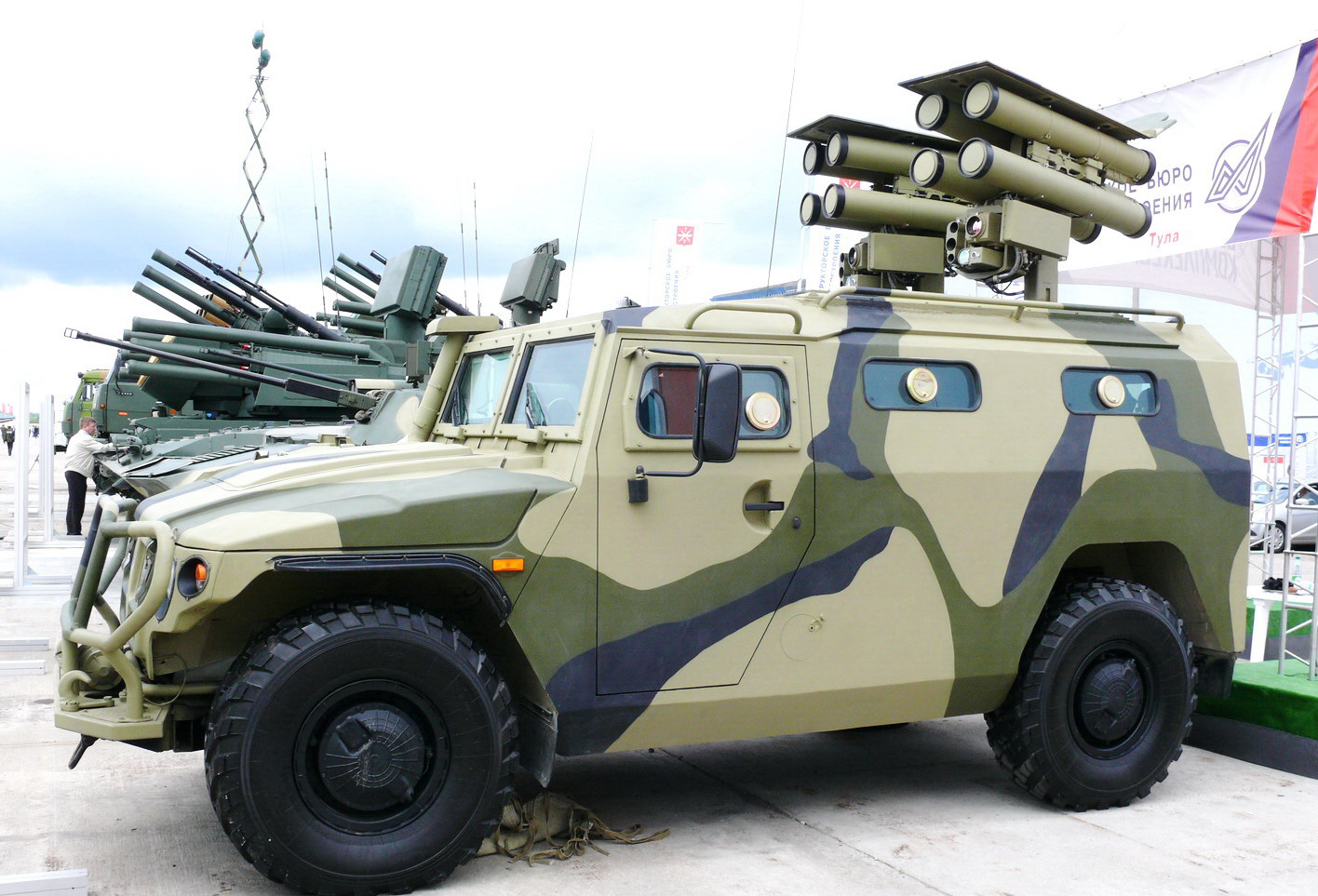 The Tigr development started at the turn of the century by a contract from an UAE company called Bin Jabr Group Ltd. (BJG) to develop a light, universal wheeled platform, offering to invest around 60 million USD into the program. Gorky Automobile Plant (GAZ) was selected as the developer of the vehicle and the first three prototypes were shown at the Abu Dhabi IDEX expo in 2001 under the name of Tiger.

The vehicle was well-liked by the Arabs, but for undetermined reasons (that are, however, not that hard to fathom), the contract with GAZ was prematurely terminated. Instead, since the project and the prototypes were theirs to use as they paid for it, the BJG launched the production of the Tiger vehicle in the UAE under the name of Nimr (“Tiger” in Arabian) four years later (in 2005).

Needless to say, this did not make the GAZ representatives happy as the contract implied trials and mass-production to take place in Russia and GAZ had allegedly already made investments based on its conditions.

This termination left GAZ with a bitter aftertaste and empty hands – save for one thing, another semi-finished prototype. And so the Russians went to work. Most of the technical documents were passed to the Arabs, but using the prototype as a muster and using copies of documents that were “mysteriously left behind”, they managed to reverse-engineer the vehicle and by 2002, by the order of the director of GAZ, three different prototypes based on additional designs were assembled:

Each of the three variants also had differently solved interior, but they all received the designation of GAZ-2975 “Tigr” (because of course they did) and were shown to public at the 2002 MIMS expo in Moscow.

It was a success – the Tigr vehicles caught a lot of attention and two of the three prototypes were subsequently loaned to SOBR (Russian National Guard special operations unit) under the Russian Ministry of Internal Affairs (MVD). This trial too was a success and a mass-production was organized at the Arzamas Mashine Plant (AMZ), starting in 2005, where the production of multiple variants of this vehicle runs until today.

One of those variants is a light Tank Destroyer designated Kornet-EM, consisting of a modernized armored Tigr variant called Tigr-M (chassis BPK-233116) with two Kornet-EM missile launchers. The designation of this entire vehicle is 3P163-3. 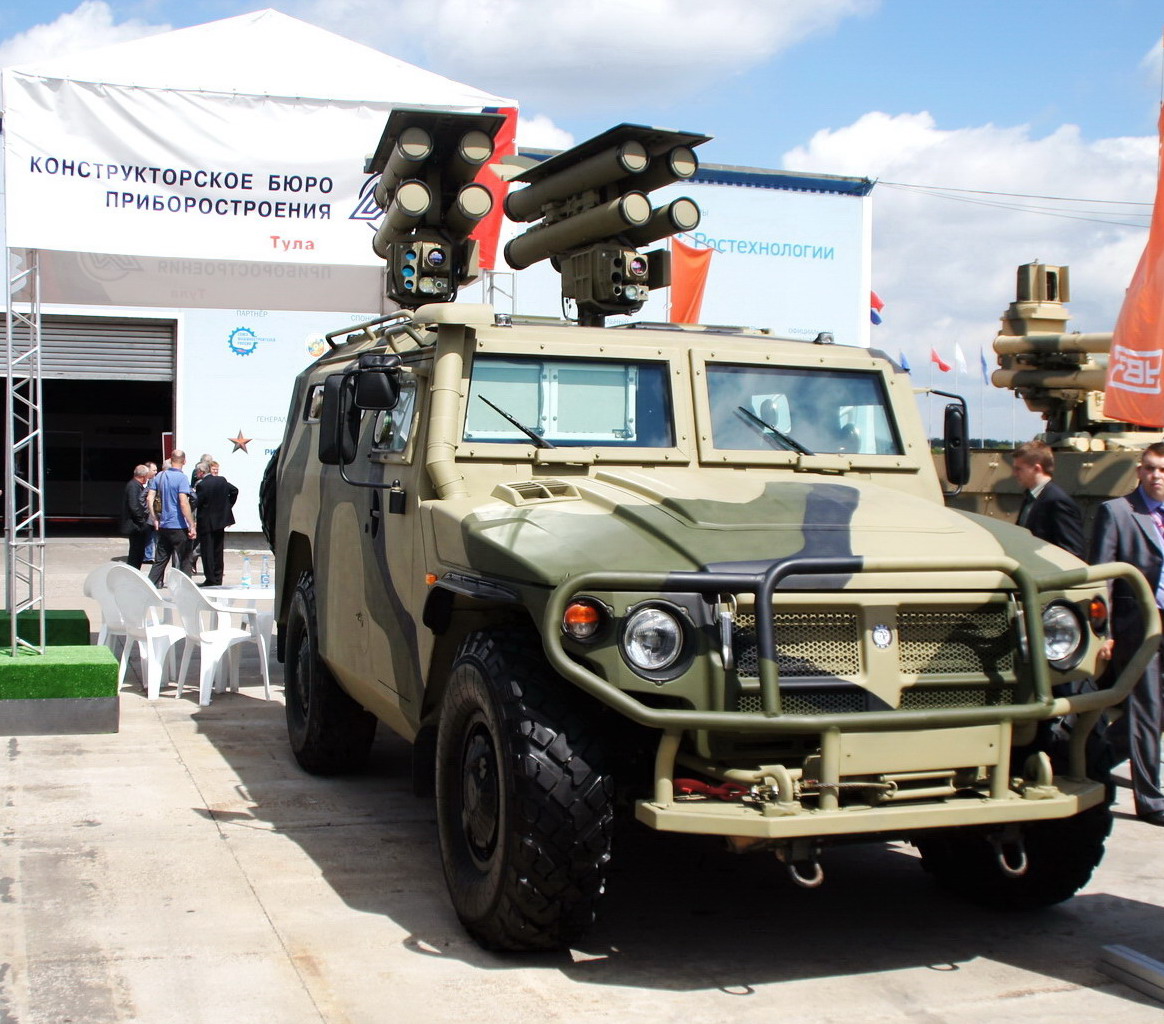 The vehicle weighs approximately 7 tons and offers STANAG 4569 Level 1 protection against standard NATO non-AP 5.56mm and 7.62mm bullets. This is, of course, not much, but considering the role of the vehicle (long-range tank killer), it’s okay – after all, the chassis is too light to receive any meaningful protection against other armored vehicles.

It is powered by YaMZ-5347 engine, producing 215hp, allowing it to reach the maximum speed of more than 100 km/h (140 km/h for the Tigr-M, although the heavier Kornet-EM will likely be a bit slower).

And, finally, there’s the Kornet missile system. On Kornet-EM, it consists of two four-tube Kornet-EM launcher. The Kornet-EM is an export variant of Russian Kornet-D1 missile. Both launchers can be aimed independently. When traveling, they are retracted into the vehicle and are only extended when they are about to be fired – it takes roughly 7 seconds to get it combat ready.

Once extended, the tubes can be elevated to +45 degrees and depressed to -5 degrees. The vehicle carries 8 rounds in tubes and 8 spare missiles (one for each tube), bringing the total of ammunition carried to 16. After firing, the tubes retract to the vehicle for reload.

The laser-guided missiles fired from this launching system are the 9M133 “Kornet” series, available in a number of variants, ranging from the standard 9M133 tandem warhead ATGM (capable of penetrating approximately 1000mm of RHAe after defeating an ERA tile) to a large 9M133F with a massive HE warhead.

The Kornet-EM uses an eponymous, advanced variant of the missiles (9M133M-2, 9M133FM-3), capable of defeating some 1300mm of armor with the maximum range extended from the original 5km to up to 10km. Each such missile weighs some 30kg and its flight velocity is some 310 m/s.

The launcher features a third generation thermal imager and a laser rangefinder.

The vehicle itself wasn’t really ever used in combat – yet – but the missiles have been widely used since the beginning of the century, especially their export variant Kornet-E that was widely sold to several middle-eastern countries including Syria (where the Kornet often appears these days).

The Kornet missile launchers were first used by Hezbollah in 2006 where Israel lost a number of tanks to these ATGMs, including the Merkavas. The actual numbers of vehicles lost to the Kornets is unclear, but some sources claim over a hundred tank kills, causing over 30 casualties. Hezbollah allegedly got them from Syria. 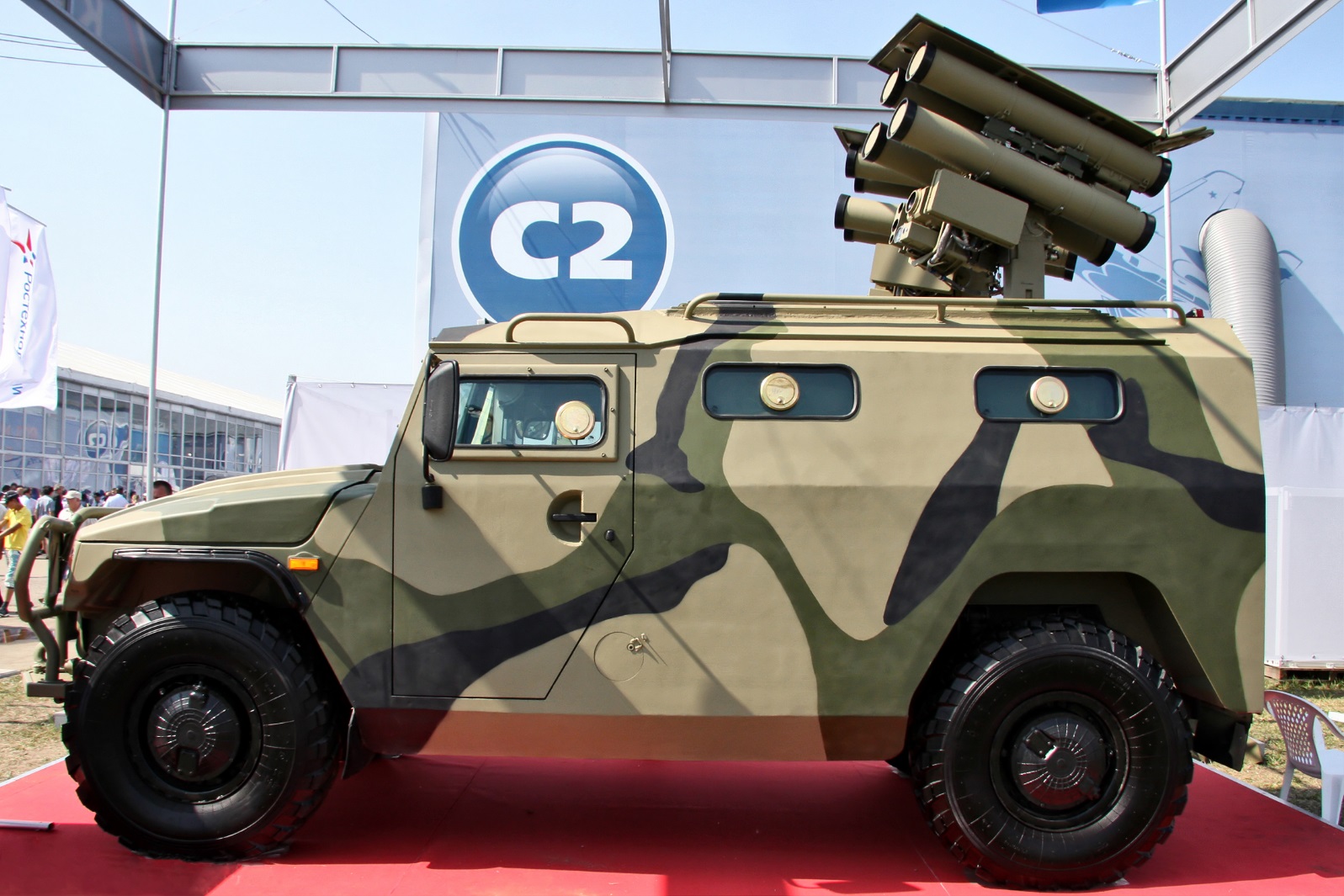 Syria received a large number of these missile systems and since the start of the Syrian Civil War, they have appeared on practically all sides of the conflicts, inflicting heavy casualties on their targets, be it the government tank forces or the obsolete M60Ts and Leopard 2A4s of the Turkish incursion. ISIS looted or captured a number of launchers from government units and used them both in Syria and Iraq.

In Armored Warfare, the Kornet-EM will be a Tier 10 Tank Destroyer. As the text above and its name suggests, it will be armed with two ATGM launchers, which will feature a very special mechanism – its owners will be able to choose two firing modes.

While its steel armor will offer almost no protection, its maneuverability will be comparable to that of the CRAB Tier 9 AFV, making it the ultimate light missile carrier of the game.

Learn more about the updates to the Armored Warfare Loot System