At long last, we are getting to the top vehicle of the Spirithaven Asian branch – the long-awaited K2 Black Panther South-Korean Main Battle Tank. 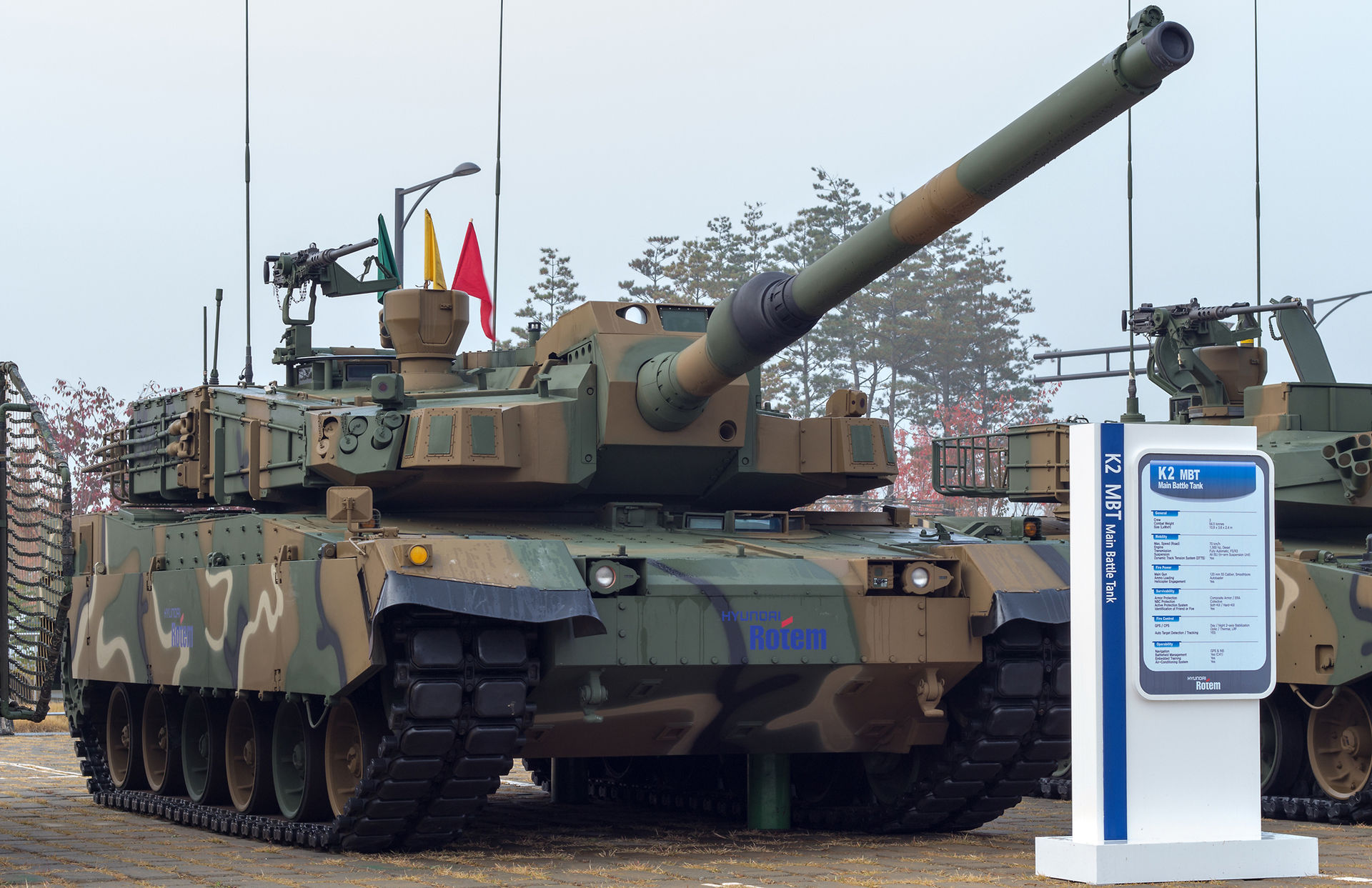 The K2 Black Panther is currently possibly the most advanced mass-produced Main Battle Tank in the world. Unlike most other MBTs in the world that have their roots in the 1970s, the Black Panther was mostly designed in the 21st century and makes use of cutting edge technologies. Around two hundred were built for the South Korean military with more being offered for export all around the world. More about the history of this tank will be unveiled in an upcoming article.

In Armored Warfare, the K2 Black Panther will be a Tier 10 progression Main Battle Tank, unlockable either from the AS21 Redback or the K-153C Tier 9 AFV.

Gameplay-wise, the Black Panther will resemble the Altay Tier 10 Premium MBT as a highly-mobile MBT that will feature a number of high-tech solutions, compensated by only mediocre armor. Let’s take a look at its characteristics in detail but please do keep in mind that they are preliminary only and are subject to change.

Let’s start, as usual, with the protection levels. The armor on this tank will be quite thin, roughly on par with the Leopard 2AX or Altay. However, the tank will feature ERA, the KAPS hard-kill APS as well as special smoke grenades with better properties than usual. Additionally, the tank uses an advanced ammo rack with significantly reduced damage from ammo explosions.

But where things do get really interesting is its mobility and firepower. 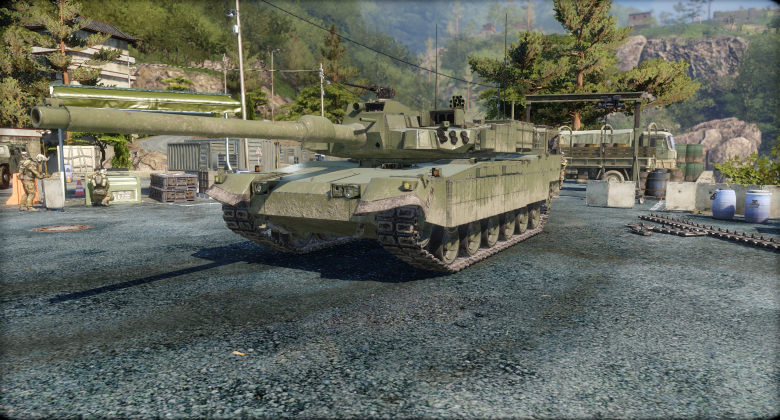 For starters, the vehicle will have hydraulic suspension, allowing it to tilt to all sides as well as to lower itself to the ground. Thanks to its 1500hp stock diesel engine, it will also feature good mobility (70 km/h maximum speed, acceleration from 0 to 32 km/h in 4 seconds). But all that is just the beginning. The tank will feature an upgraded 1650hp diesel that will make it accelerate even faster (acceleration improved to 3.7 seconds) as well as yet another upgrade that will make it accelerate and turn even better. All in all, it will be one of the most mobile MBTs in the game, second only to the Altay and the CATTB. 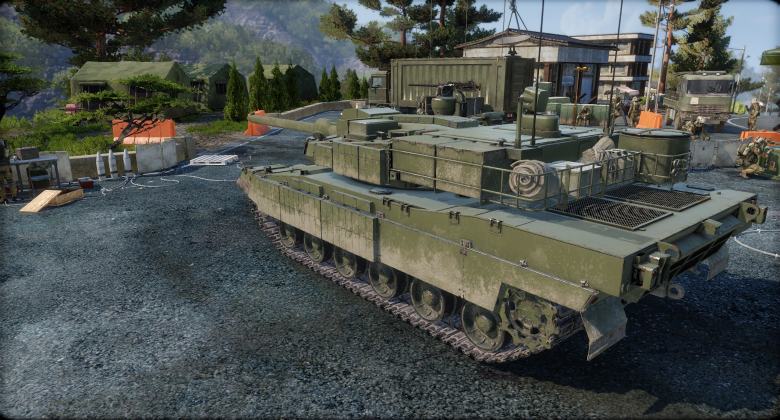 Firepower-wise, the Black Panther will be armed with a 120mm L/55 gun, but don’t let that fool you because those are some really sharp claws indeed. Its strength will not lie in a vast amount of available shells though – in fact, the tank will only have one main type of ammunition (APFSDS shells with 850mm of penetration). The real trick is pretty much everything else that there is to this weapon system because you’ll be able to choose from two variants of this gun:

This basic choice does not look all that important with the base values listed above but the difference between both options will become more apparent with the other optional upgrades. For example, after choosing your weapon type, you’ll be able to unlock the next tier of upgrades, where you will choose one of the following three improvements:

The next tier of upgrades will feature yet another set of similar modules, so you’ll be able to for example combine two capacity upgrades, or two reload time upgrades, or one from each – all up to you. It’s also worth noting that the gun will have truly excellent depression and elevation values (-11/+20 degrees without suspension, -16/+23 degrees with it). 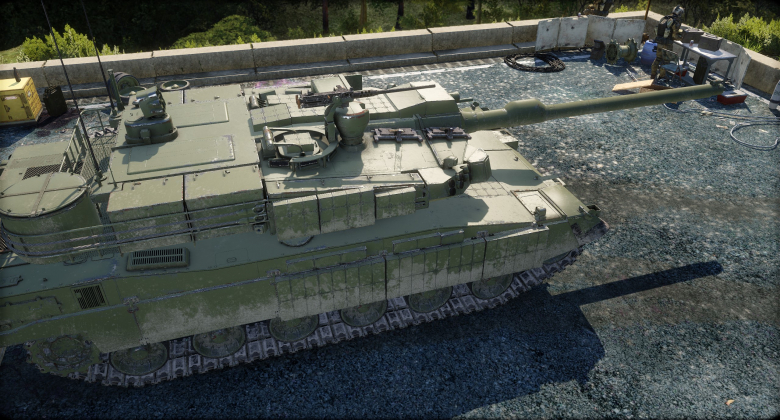 The Black Panther will also be able to use the Designate Target ability, making enemy vehicles take increased damage.

Three Additional Progression modules will be available to this vehicle:

And last but not least, Commander Kwon Han will also be possible to unlock from the K2 Black Panther.

All in all, the K2 Black Panther will be, as we mentioned above, a highly mobile MBT, suitable for aggressive gameplay. While its armor won’t be great, its module protection (especially with the Enhanced Maintenance Kit unlocked) will be second to none and its KAPS hard-kill APS will keep it safe from an occasional stray missile.

In skilled hands, this tank will be a deadly tool in PvP, but will also be capable of delivering sustained fire in PvE, albeit in a more supportive role since its active defenses would get overwhelmed quickly when facing a large number of opponents. Its active suspension will allow for extremely comfortable gameplay and with all Additional Progression modules unlocked, few other vehicles will be able to go toe to toe with it in a duel. 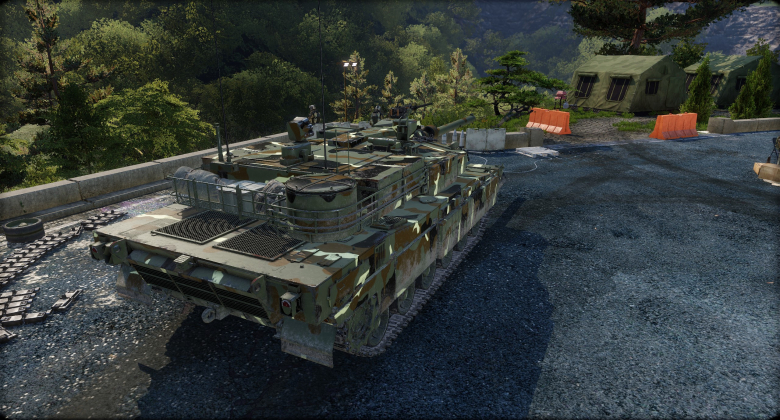