There is one major trait of the Czechoslovak armed forces that goes back to the first independent units, established during the First World War – mobility. The first units to use armored cars were the Czechoslovak Legions in Russia. They got their hands on several armored cars and used them to great effect against the newly established Russian Red Army. The armored cars, along with the armored trains, one of the symbols of the Legions, helped the Czechoslovaks in defeating the Russian forces and, at one point, controlling the majority of the Trans-Siberian Railway. 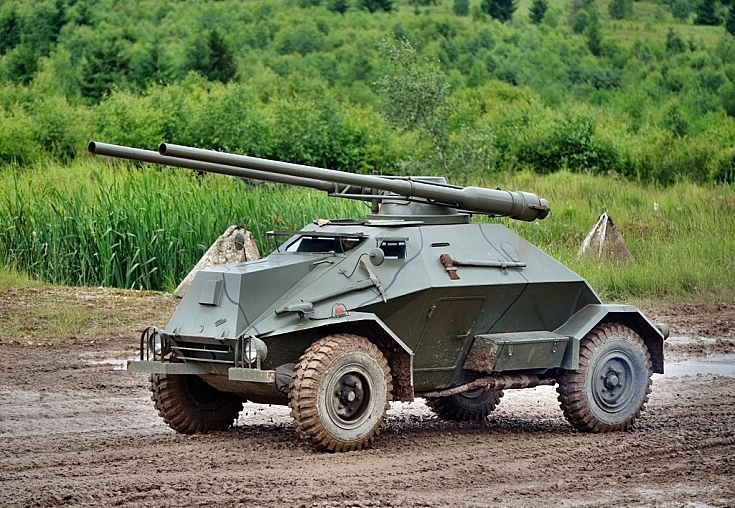 This tradition was not lost during the post-war years with several armored cars being developed mainly by Tatra and Škoda. Czhechoslovak strategists considered mobility to be key to the defense of interwar Czechoslovakia and light and fast vehicles capable of quick transfers were instrumental in this concept. During the war, several armored cars were used by the Czechoslovak forces in exile. The most notable were the British Humber Mk.1 and Mk.2 and several BA-64B light armored cars. Both types were transferred in small numbers to the newly established Czechoslovak army in 1945, along with the rest of the equipment of the Czechoslovak exile units.

These vehicles were phased out relatively quickly. For the BA-64B, this happened in 1949 as the few vehicles in Czechoslovak possession were completely worn out. The Humbers were phased out in the early 1950s along with the rest of the western vehicles in Czechoslovak service. This act was only a formality, however, due to the low numbers available of both designs (around a dozen in total). The Czechoslovak army was effectively without any armored cars for the second half of the 1940s and the early 1950s. 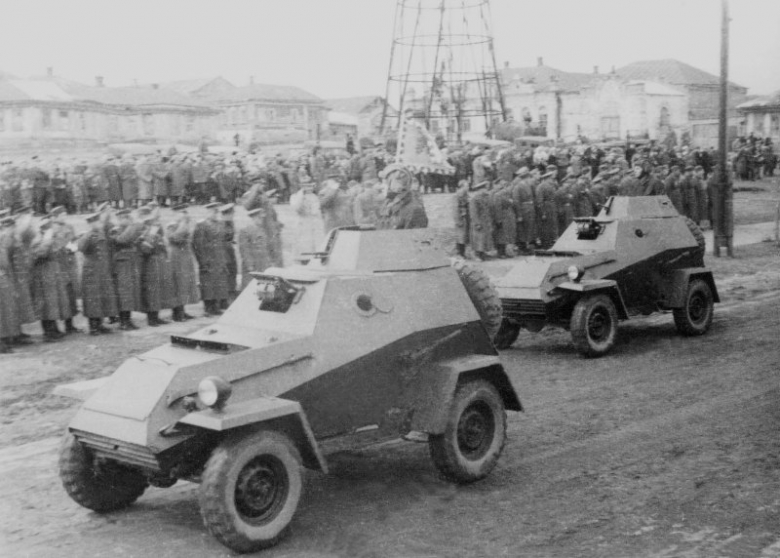 This was not something the Czechoslovak military was happy about, but during the re-establishment of the armor units, the primary focus was on purchasing, refitting and, later on, building new tanks, tank destroyers and other heavier vehicles. It was only on March 31 1952 that the military high command approved a program to develop a new, indigenous light armored car.

The new armored car was to be based on the (then-new) Tatra T-805 chassis, a light universal platform that would become the basis of many variants, including trucks and vans, all with excellent off-road capabilities thanks to its clearance. The second demand was for the car to be in the 3.5 to 4 ton category and to be armored equally to the older Soviet BA-64. The 6mm steel plates would protect the vehicle against small arms fire only, but that was considered sufficient for the role the vehicle was supposed to carry out. The vehicle was to be powered by a 75hp Tatra T-603 engine and armed with two 7.62mm DT machineguns – one in the hull and one in a small turret.

The Automobilové Závody n.p. company from Mladá Boleslav was selected as the developer of the vehicle. In response to the military's demands, they proposed a project under the designation of Š-971 (sometimes also OA Š-971, where the OA stands for Obrněný Automobil or armored car). In it, the engine was located at the back. 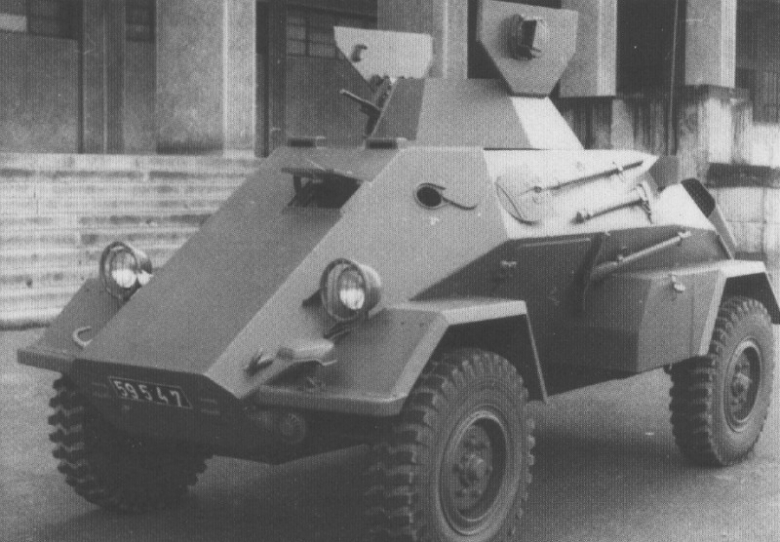 The preliminary project documentation along with a small scale mock-up was ready on December 3 1952, but was opposed by representatives of the tank branch. They were convinced that it would be a better idea to just take the T-805 truck "as is" with the engine at the front and weld some armor plates on it. Their idea turned out to be considerably worse than what Automobilové Závody had proposed, but they did manage to cause a delay of several months before the rear-engine variant was finally approved for further development in June 1953. At this point, the project received its official code name - Jarmila. When it comes to Czechoslovak naming conventions, referring to vehicles by their project code names is not uncommon. Possibly the best-known example is the Ještěrka (Lizard), the popular name of the 30mm twin cannons on an armored Praga V3S chassis. That name also comes from the project designation. As such, the name Jarmila was not an official military designation, but a development one. 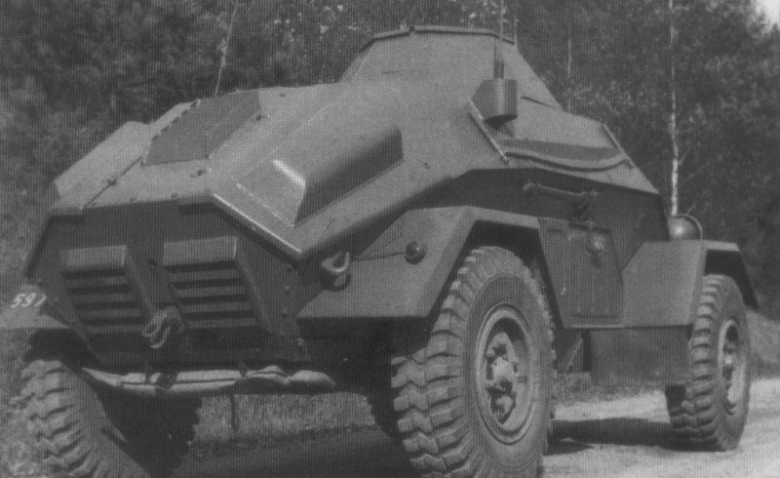 Development of the Jarmila armored car was rather slow, mostly due to the constant changes made to its military requirements. For example, at one point the hull machinegun was completely removed. Three prototypes were ordered and the first one was built in 1954 and passed factory and military trials. Two more were built a year later and were tested in the summer of 1955.

The biggest issue discovered during these tests turned out to be the engine overheating. The cooling system was improved several times on the two later prototypes, but development unfortunately took until early August 1956, at which point it was still unclear whether the improvements to the cooling would actually work. Seeing the development issues, the military decided to cancel the project on May 14 1956. Two of the prototypes were to be stored until 1958 – one was used as a new 82mm recoilless rifle demonstrator in 1957. The last traces of the two prototypes can be found in some military documents from 1961, after which they disappear. They were probably scrapped afterwards. 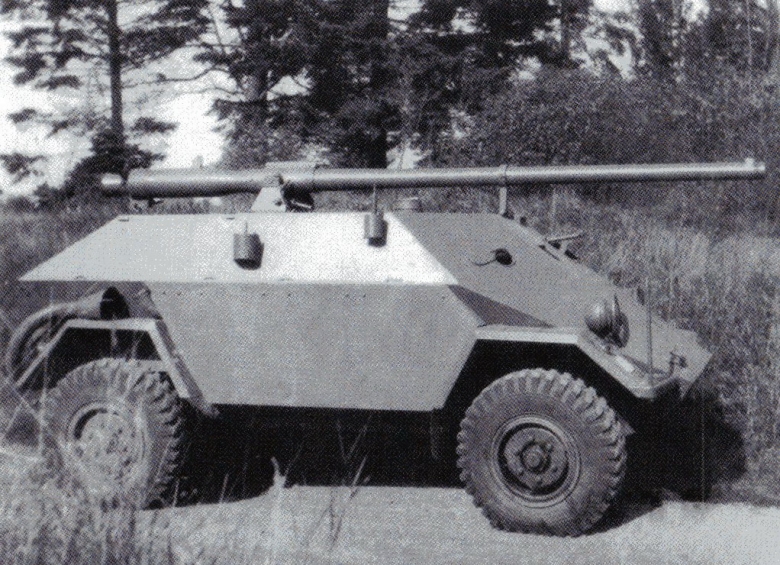 That didn’t solve the situation of the Czechoslovak recon units, which were only equipped with motorcycles at that point and needed a suitable light armored car.

In 1956 and 1957, efforts were made to replace the cancelled Š-971 project with something else. The preferred solution was to use the T-805 chassis, but this time with the engine at the front. For some time importing the Soviet BTR-40 light wheeled APC was considered, but that turned out to be too expensive and the proposal never really went anywhere. Indigenous development was the way to go.

Several ideas were thrown around at that point, including a light 4-man APC, a heavier 8-man APC and an armored car, but the program only started to take a solid shape in June 1957, when Major General Jiří Mastný proposed a light armored car armed with two 82mm recoilless rifles on the T-805 chassis. The Škoda Plant in Pilsen (renamed Závody Vladimíra Iljiče Lenina or V.I.Lenin Plant between 1952 and 1959) was already producing T-805 trucks and the idea was that once the production run was over, the plant would simply start assembling the armored variant. On November 5 1957, a plan to produce such a vehicle in 1958 was officially approved.

Tatra Kopřivnice was asked to design the vehicle based on the proposal and a prototype was built – under Mastný's supervision – in around April 1958. The vehicle was designated Tatra T-811, but it is more commonly known under its project designation of OA-82 Jarmila II. 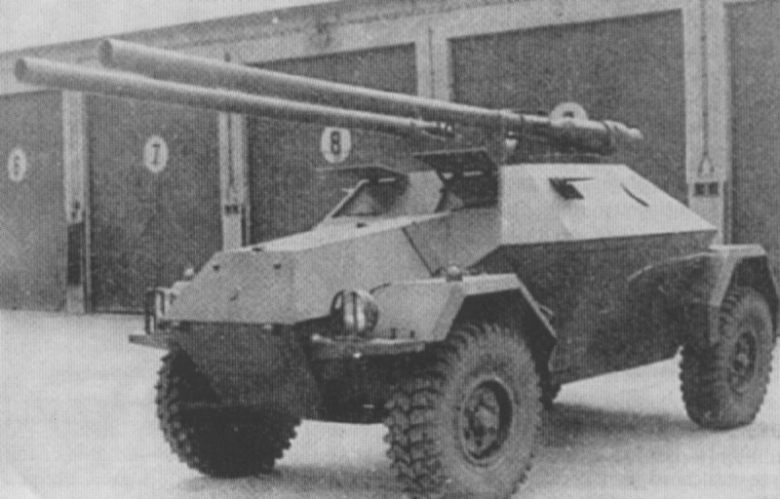 The Jarmila II prototype weighed 3.1 tons, was 4 meters long, 1.95 meters wide, 1.85 meters tall and had a crew of four. The ground clearance of the vehicle was 40 centimeters. It was powered by an improved Tatra T-603 V8 93hp petrol engine, giving it a power-to-weight ratio of 30 hp/t and a maximum speed of 80 km/h. The armor was comparable to the older Soviet BA-64 armored cars – 12mm steel plates at the front and 6mm at the sides. The armament was the most interesting part however – two vz.59 82mm recoilless guns installed on a small rotating turret, capable of 360 degrees traverse. Both guns could fire either HEAT ammunition capable of penetrating 220mm of armor at 30 degrees, or high-explosive rounds to deal with soft targets. 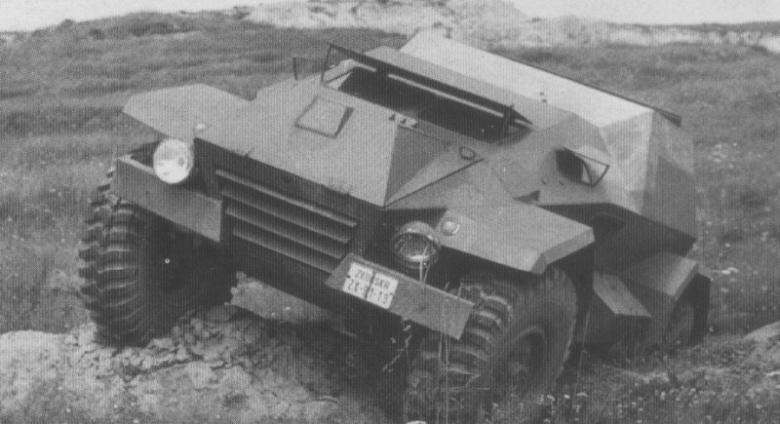 As a by-product of this armored car development, a larger APC for 8 troops (designation OT-8) was also designed with a chassis and the frontal hull part identical to the OA-82. The idea was that armored car companies would use the OA-82, while other smaller units, such as the NBC defense squads, would use the OT-8.

The OA-82 prototype was successfully tested (some sources claim that 4 more were built), but, unfortunately, the vehicle became a victim of circumstances. While it was of good quality, Tatra argued that there was simply no free production capacity as the company was busy developing a 30mm AA autocannon, code-named Samota. Preparations for mass production of the OA-82 were cancelled on February 4 1959, ending the indigenous development of armored cars completely. 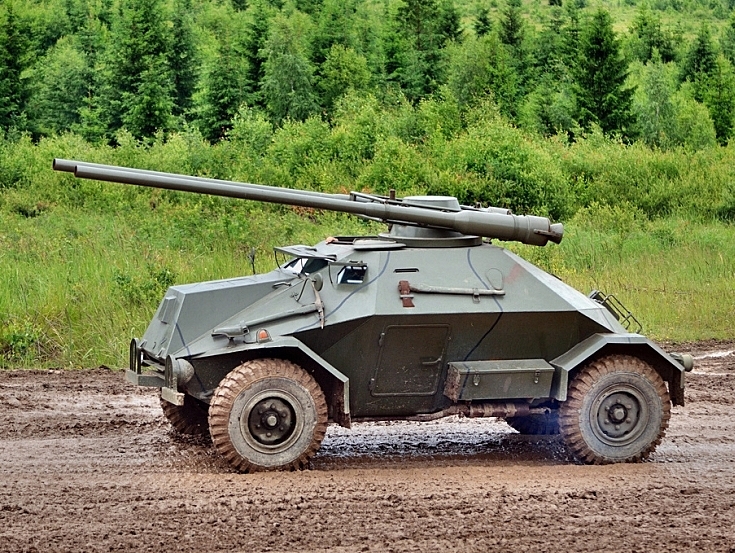 As for the military's needs, they were solved by the accelerated import of 124 BRDM-1 light armored recon vehicles in around 1960. These vehicles only served for five short years before being replaced in 1965 by the OT-65s of Hungarian origin.

As for the Jarmila II prototype, it did not survive and was probably scrapped at some point. However, a fan-made replica, made in the early 2000s, can sometimes be seen during military events in the Czech Republic.

The road to BMPT