As you know already, in the near future, we’ll be introducing wheeled AI vehicles into the game to bring more much-needed diversity to our PvE gameplay. But that’s not the full scope of what we will be doing on that front – today, we’d like to tell you more about the rest. 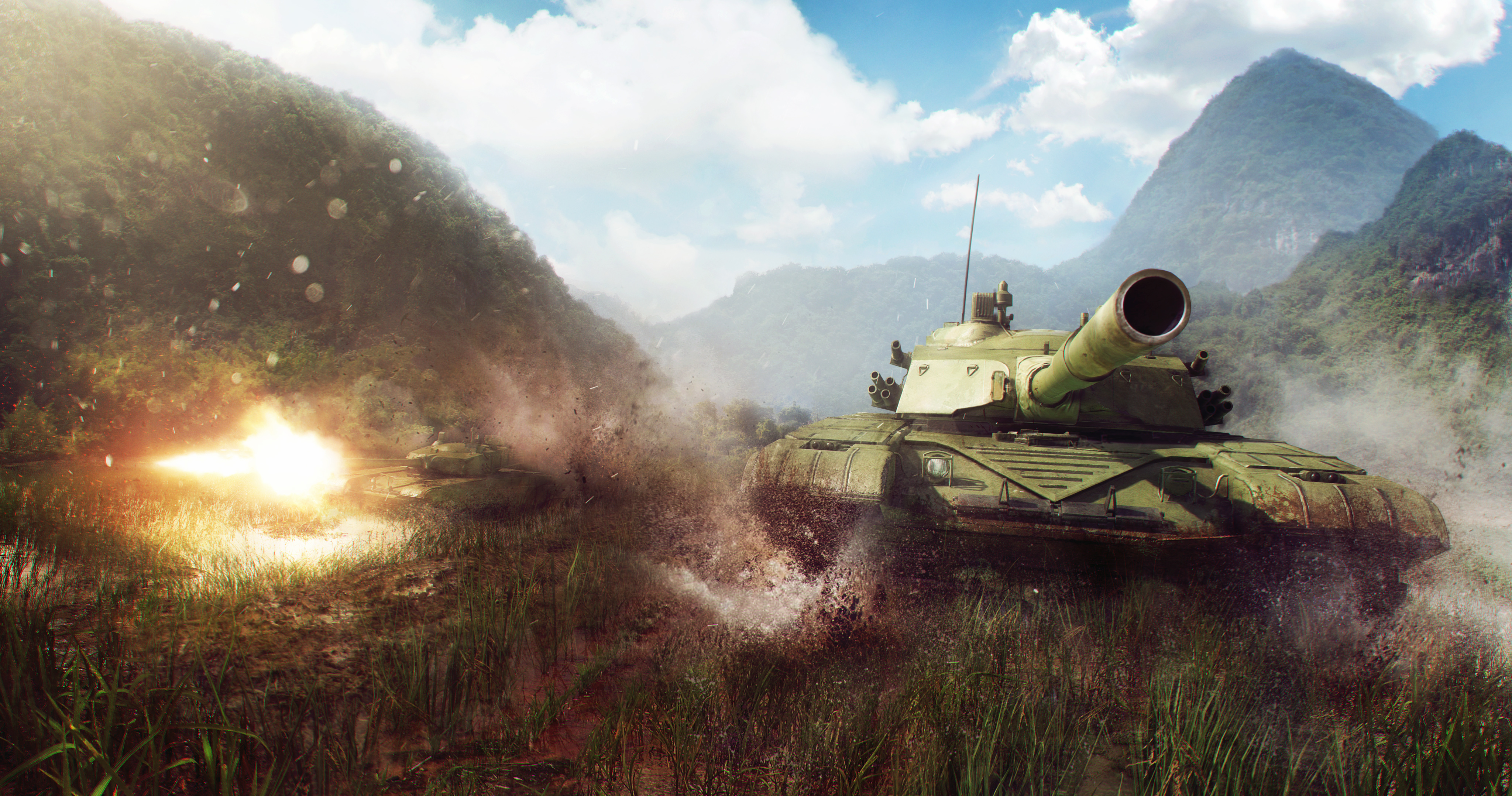 Let’s start with one of the most challenging elements of PvE overall – the Lieutenant vehicles. These are some of the toughest opponents you may run across in this game mode, sporting improved characteristics and a large amount of hitpoints. We, of course, want the Lieutenant vehicles to be challenging with every encounter being a test of your abilities as tankers and strategists.

You probably guessed it from the intro – the Lieutenants are going to get some love. But not the way you are likely thinking. We won’t be just buffing their characteristics. That would be boring. Instead, we’ll be making major changes to the pool of vehicles that can appear as Lieutenants.

From the next update, Lieutenants will be spawning mostly as MBTs. We will be removing various fragile Lieutenants that don’t really provide any significant challenge and we will be replacing them with some really tough customers, including the dreaded Object 490. No worries though, everyone’s favorite T-15 Lieutenant is to stay and will be joined by the following new vehicles:

The following vehicles are getting removed from the Lieutenant vehicle pool:

But that’s still not all. As a new mechanic, the Lieutenant vehicles will also start deploying smoke. Not to worry though – they won’t be spamming this ability and will use it only on occasion. Over-use of this ability by the AI vehicles would lead to frustrating gameplay and we definitely don’t want to do that. But, if you see a Lieutenant deploy smoke as soon as you fire at him, don’t be surprised!

With that being said, we’ll also be introducing some changes to all the AI opponents you may encounter in combat. Perhaps the most visible change will be the addition of new vehicles. Aside from the already mentioned wheeled vehicles, we’ll be adding the following machines to the non-Lieutenant AI vehicle pool:

As you can see, some of those are high-Tier ones, which means that you shouldn't be encountering the enemies you despise (yes, we are talking about the T-15) that often because there will be a greater choice.

And, last but not least, the AI behavior will be tweaked as well. We’ve changed the AI spotting mechanics and behavior so that you should take less fire from the AI vehicles that you cannot see yourself.

We hope that you’ll enjoy these changes and, as always: