Not so long ago, we unveiled a Premium vehicle called Leopard 2 Revolution, which will be available for Gold in the Armored Warfare branch as a Premium analogy to the Leopard 2 Evolution. We also mentioned that one more such vehicle was coming and today, we are happy to announce that this second vehicle is the Chieftain Mk.11. 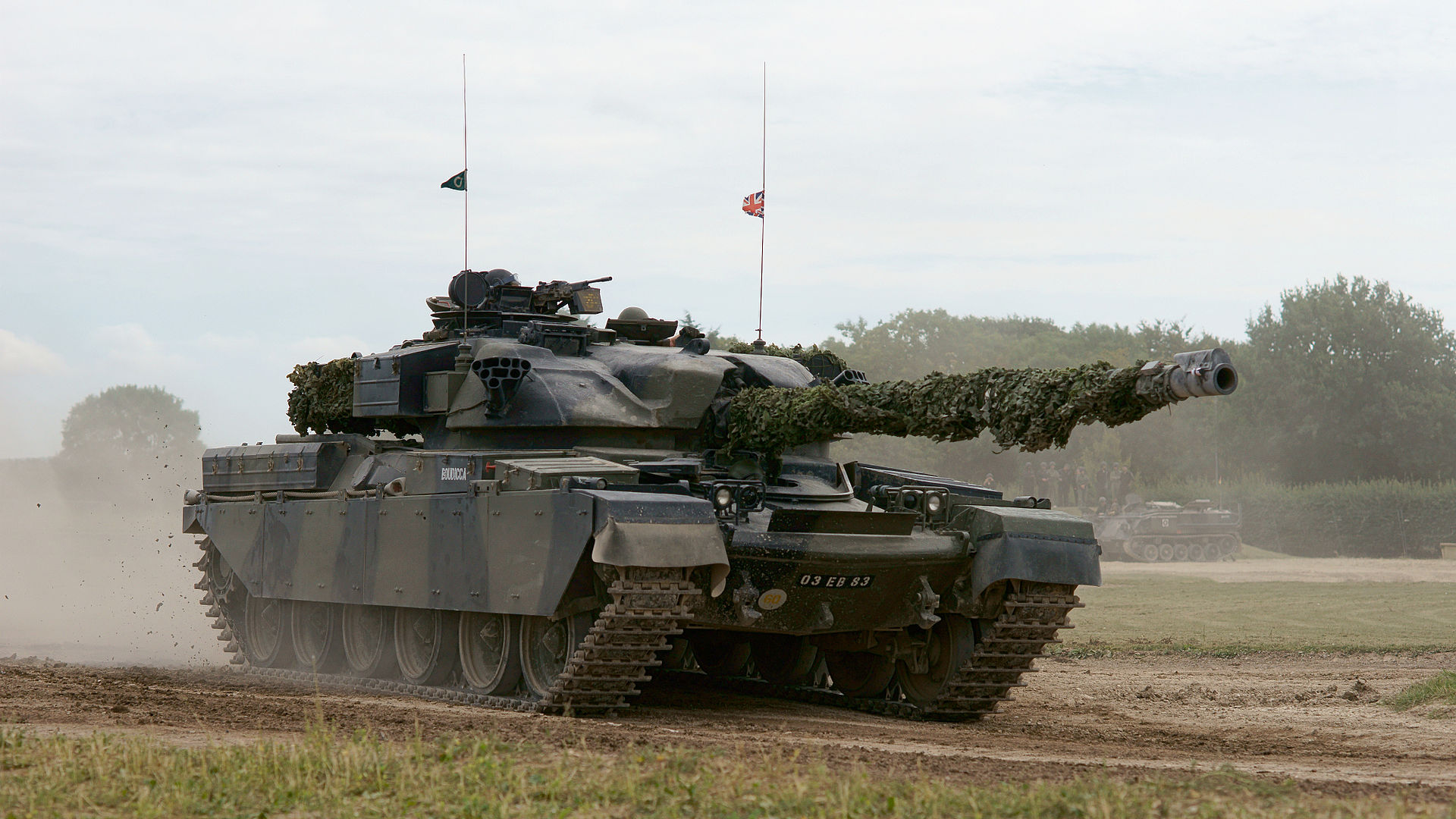 Historically, it is a Chieftain Mk.10 (which in turn is an upgraded Chieftain Mk.5 with Stillbrew armor) with several added components, the most notable of which is the Thermal Optics Gunnery System, or, in short, TOGS, replacing the typical Chieftain searchlight on the left side of the turret.

For the majority of its early career, the Chieftain MBT had a problem – it was really ineffective at night. Sure, IR devices were available for the commander and the gunner, but these were deemed to be mostly useless and, what was even more important, they were difficult to deploy. As a result, very few crews actually used them even during night fighting exercises and the preferred solution was to have another tank illuminate the target with a searchlight while other tanks fired at it – which was a pretty effective tactic, unless you were actually in the illuminating tank and by turning on the light, you turned yourself into the juiciest target on the battlefield.

Recognizing this issue, the British toyed around with image intensifying for a while, but nothing really came of it. Then another approach was tried – an early thermal imager was developed for the MBT-80 project and was attached to a new cupola. This system was under the name “Tombola” and was tested – unsuccessfully, as it was plagued by a number of issues and design flaws (for example, the commander cupola could not rotate if the system was attached to it). However, despite this failure, the entire development convinced the people in charge that thermal imaging was worth developing further.

A thermal imager was developed and attached to the turret externally instead of the old searchlight – many other solutions were tested but there simply was no space for it inside the turret. The entire process was quite arduous as well as comedic at several points as the system ran into both technical and political issues.

If we simplify it a lot, there was initially a lot of resistance to fitting the Chieftain with a thermal imager:

Only after the cancellation of the MBT-80 project and the decision to adopt the Challenger 1 MBT did the project seriously move forward. In the end, Barr and Stroud built the TOGS as a private venture practically in defiance to the Ministry of Defense and the quality of the system finally convinced the military to accept it in service. The TOGS has proven itself since then on both the Challenger 1 and the Chieftain as one of the best systems of its day. The Chieftain that received was designated Mk.11 and was the last Chieftain model for the British army before the tank was finally phased out in 1995.

In Armored Warfare, compared to a Chieftain Mk.10 upgraded with the Stillbrew armor, the Mk.11 will have the thermal imager ability to see better through foliage but, compared to the Mk.6, it will have worse camouflage due to the absence of the camouflage net.

We are happy to present the launch of the second part of the Black Sea Incursion season, bringing a large number of long-awaited features and improvements!