As we already hinted at before, the new progression line coming in the second part of the Arabian Nights season will not be purely French. On Tier 4, for example, you will encounter the returning Italian OF-40 MBT. Today, we would like to introduce another Italian vehicle to you, occupying the Tier 6 slot in it – the C-13 TUA Tank Destroyer.

As its name suggests, the vehicle consists of two elements – the Italian C-13 IFV and the TUA weapon system, which stands for TOW Under Armor. The C-13 was an Italian private venture program by OTO Melara from the 1980s to develop a tracked multi-role platform – purely for export.

The platform was designed to fill a rather narrow niche. Back then, the world was literally swimming in M113 – they were cheap, rugged, easy to maintain and available in large quantities to anyone who wasn’t tied to the Soviets. At the same time, however, they offered only very rudimentary protection and were quite low-tech. On the other end of the spectrum were modern western IFVs such as the FV510 Warrior. These were quite advanced but also very expensive.

The C-13 platform aimed somewhere between them. The name refers to its weight category – the most basic form of this platform, the APC, weighed approximately 13 tons. The idea was to create something that wasn’t as primitive and cheap as the M113 but, at the same time, would not be prohibitively expensive and would have the capability to carry various weapons systems. Multiple roles were envisaged, from a basic APC over an IFV to a dedicated tank destroyer. The target customers were, as usual with the Italians and the French, the countries of the Middle East. The first two prototypes appeared in 1983 and three more (in various configurations) were built between 1984 and 1987. One of them carried the Emerson (ESCO) TUA (TOW Under Armor) turret, also used by the American M901 ITV.

The whole point of this variant was to kill enemy tanks, the large numbers of which appeared in the Middle East for decades, without exposing the TOW operator crew to small arms fire as well as other threats ATGM teams would normally face. The solution to this problem was a retractable turret that would elevate, the gunner would fire the missiles and then it would retract back for safe loading. A large, spacy hull of an APC was considered to be an ideal carrier – that’s why the Americans converted the M113 to this role, after all.

The Italian C-13 variant was a bit heavier than the American M901 ITV, sitting at some 14.6 tons. It had a crew of four, just like the M901 – normally, the C-13 would have a crew of three (commander, gunner and driver) but a loader had to be also present to fill the retracted empty launchers with missiles stored in the hull. 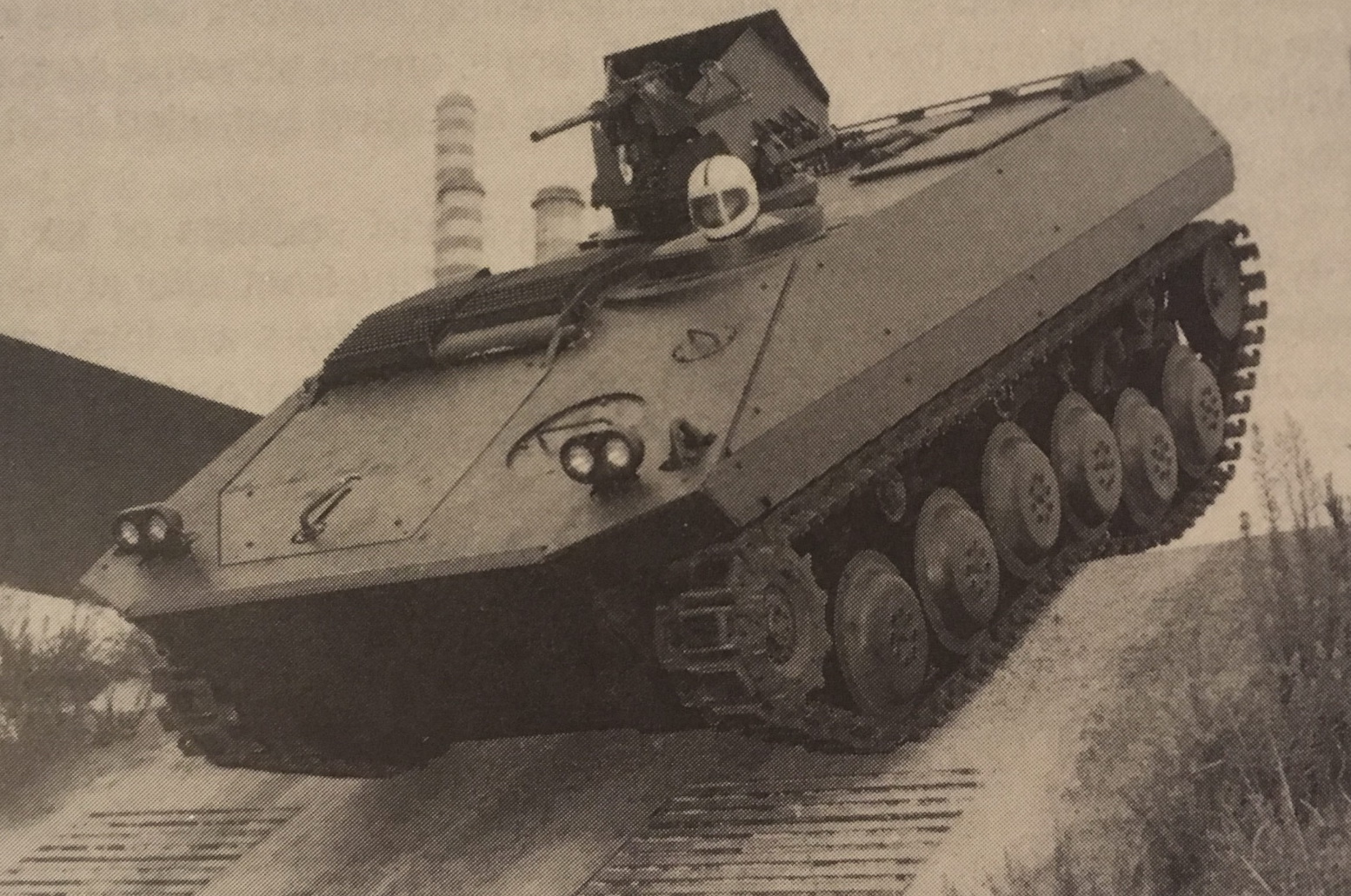 The C-13 was fairly large though – it was just as wide as the M113, but almost a meter longer. In order to keep the weight low, the vehicle was made of military-grade aluminum. The entire hull of the vehicle was 50mm thick and was covered with 10mm of applique steel plates on the sides and in the front. Altogether, the vehicle provided its crew with full protection against 12.7mm machinegun AP bullets at 100 meters, a significant improvement over the M113. Additionally, the vehicle could be fitted either with rubber or aluminum skirts that partially covered the suspension, acting as spaced armor and improving the protection against RPGs even further. The vehicle also had an automated fire extinguisher system as standard equipment, but other protection elements such as a NBC filtration system were only optional.

The C-13 TUA was powered by a 9.72 liter Isotta-Fraschini ID38 SS supercharged V6 diesel. Interestingly enough, this engine was originally a marine diesel, modified and de-tuned for ground service (the marine version could produce up to 1000hp). The output of this engine is actually not entirely clear – most official sources state that it produced 334hp, but the manufacturer claimed that it could be up-tuned to 449hp or even 500hp. Either way, even in its basic form, the engine allowed the vehicle to go as fast as 70 km/h and the C-13 was quite agile with it. Other engine options were offered as well, such as the MTU 8V183TA22 diesel producing 368hp. 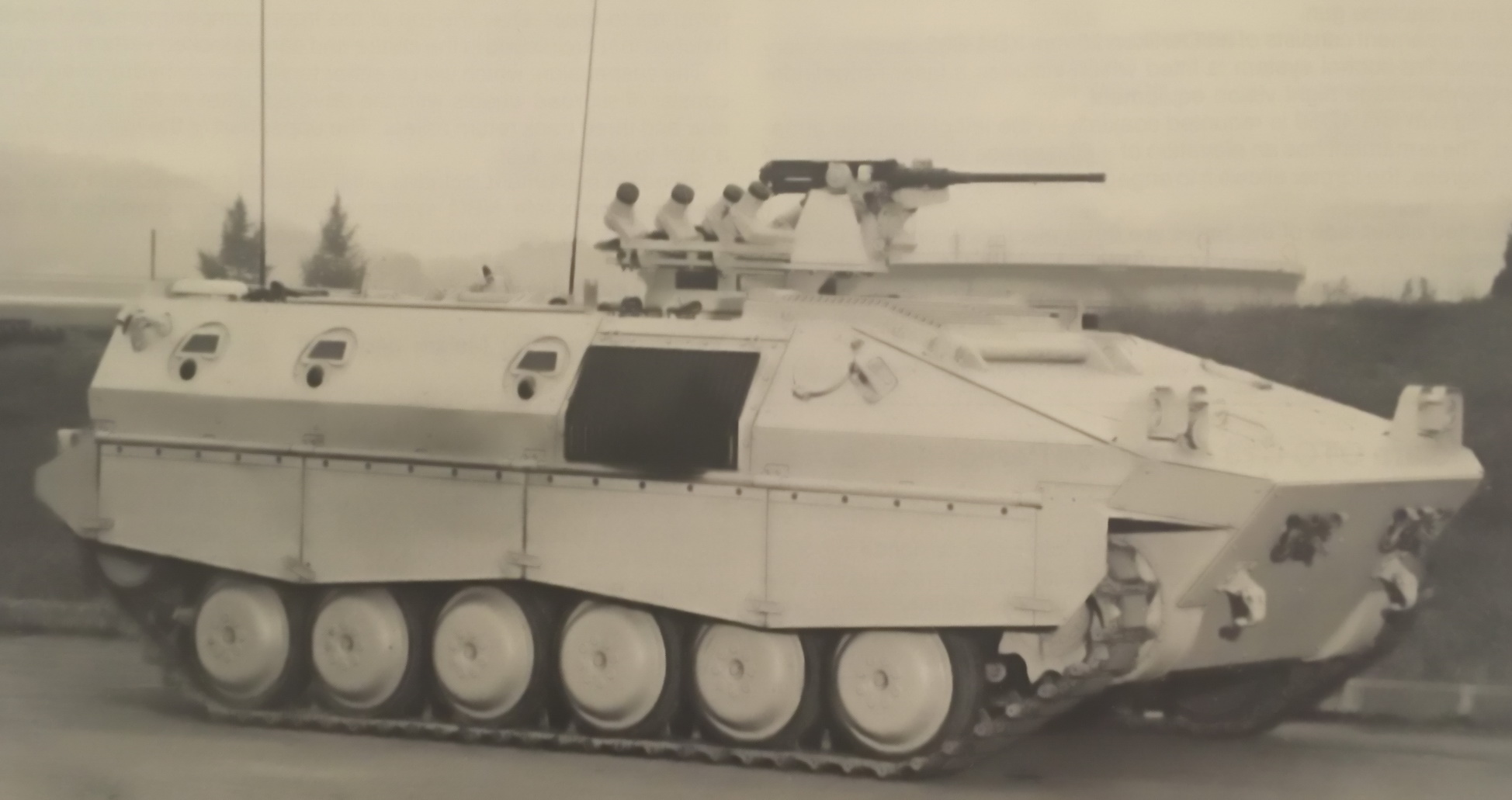 As was stated above, the vehicle was armed with the Emerson (ESCO) TUA turret with two TOW ATGM launchers. The turret was positioned in the middle part of the vehicle and was fully traversable. Upon firing, it would tilt itself upward and retract close to the upper rear hatch of the vehicle where the loader was waiting. The loader essentially only had to expose his head and arms while loading the system and even those were protected by special side plates and the top of the turret.

Initially, the launchers were the standard BGM-71 TOW ones, but could be upgraded to the BGM-71 TOW-2 model that could fire the following missiles:

The launchers could elevate to 35 degrees and depress to 30 degrees.

The C-13 was a solid platform and was generally praised wherever one of the built prototypes made an appearance. Unfortunately, like many other good-just-not-enough platforms, it didn’t manage to attract any customers. The initial niche marketing was quickly dropped and the C-13 was mainly advertised as a direct replacement to the M113 but to no avail. As the market began to fill with other vehicles of this category, OTO Melara decided to effectively discontinue the C-13 development and to focus on cooperation with a West-German company called MaK to produce a joint platform called AV90. The AV90 was effectively a larger, improved C-13 and replaced the older vehicle entirely.

Ultimately, the AV90 too would fail to attract any customers and would be discontinued in the late 1990 only for its design features to be reborn and the know-how to be used in the Italian Dardo IFV. In this sense, the legacy of the C-13 lives on to this day. 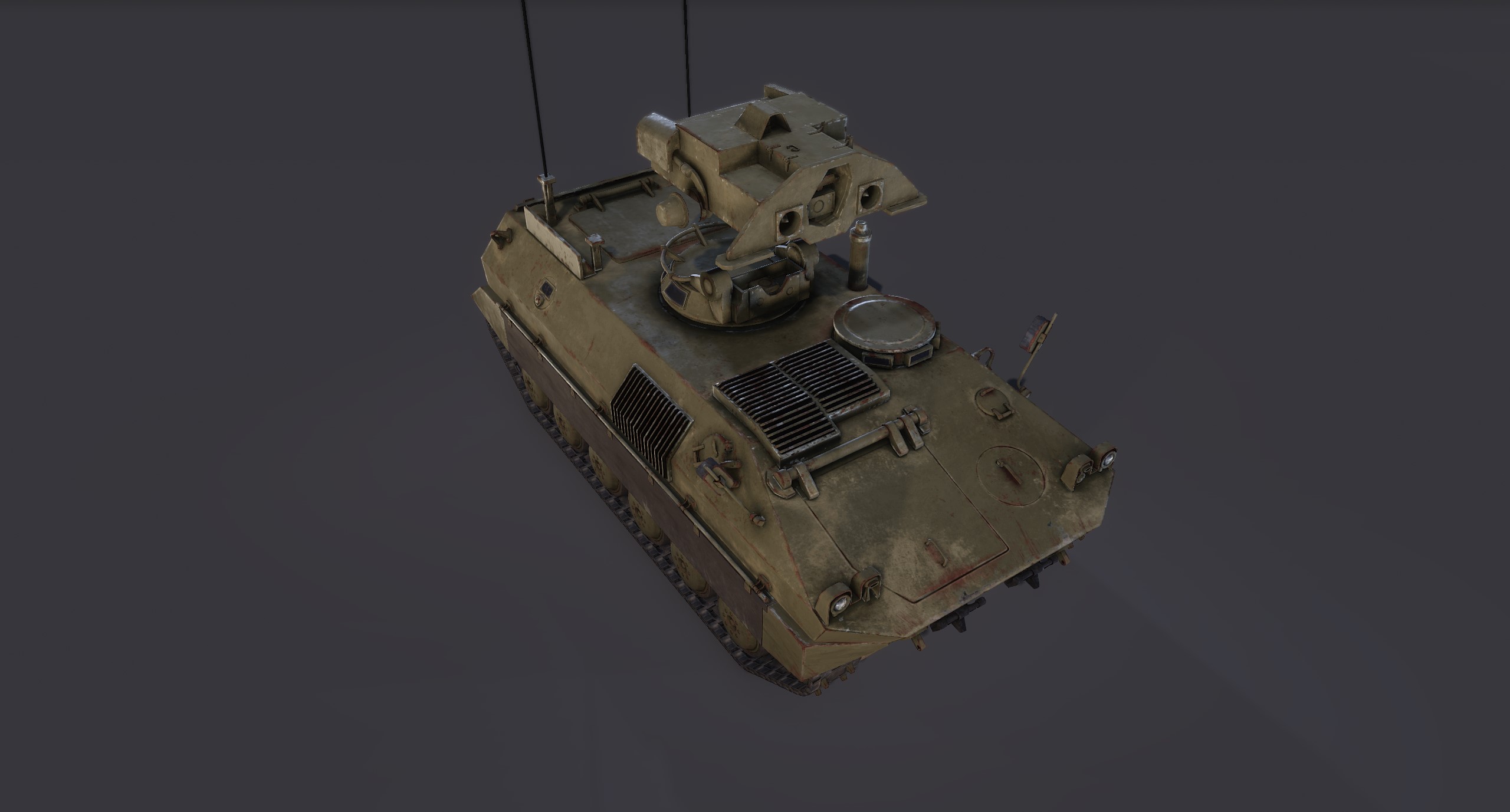 In Armored Warfare, the C-13 TUA will be a Tier 6 Tank Destroyer. Gameplay-wise, it will resemble other rather large TOW-armed Tank Destroyers in the game such as the NM142, focusing on staying hidden behind the lines and launching powerful ATGMs at longer distances without getting spotted.

As usual with the new Arabian Nights dealer, however, several options will be present in this vehicle to provide you with an interesting choice. For one, the vehicle can be configured for:

Additionally, once you reach the final modules of this vehicle’s upgrade tree, the following gameplay-altering choice will be offered to you:

The C-13 TUA is the last vehicle to appear in the initial version of Update 0.28. The rest of the branch, which we will tell you about in the near future, will be introduced in an update following the initial Arabian Nights – Part II one. Stay tuned.