If there was a word best describing the ASCOD platform, it would be the word “international”. It was developed by the Austrians and the Spanish, adopted by the British and available with a wide range of turrets from the Italian OTO Melara over the South African Denel to the American low profile turret by General Dynamics – with multiple turrets offered, the ASCOD platform truly is a versatile, if rather expensive and not widely adopted, tool for any army.

The roots of the ASCOD program can be traced to the early 1980s when Austria sought a replacement for the old M113 and Saurer APCs – not an APC, but an IFV.

The replacement vehicle was to be initially developed only by Austrian Steyr, but the development of a true modern IFV is an expensive undertaking and by the end of the decade, it turned out that it would be a bit of a too large a project for Steyr to handle alone. Eventually, a cooperation agreement was signed between the Austrian Steyr and the Spanish Empresa National Santa Barbara S. A. companies in 1988, launching a joint project designated ASCOD (ASCOD stands for Austrian Spanish Cooperation Development). 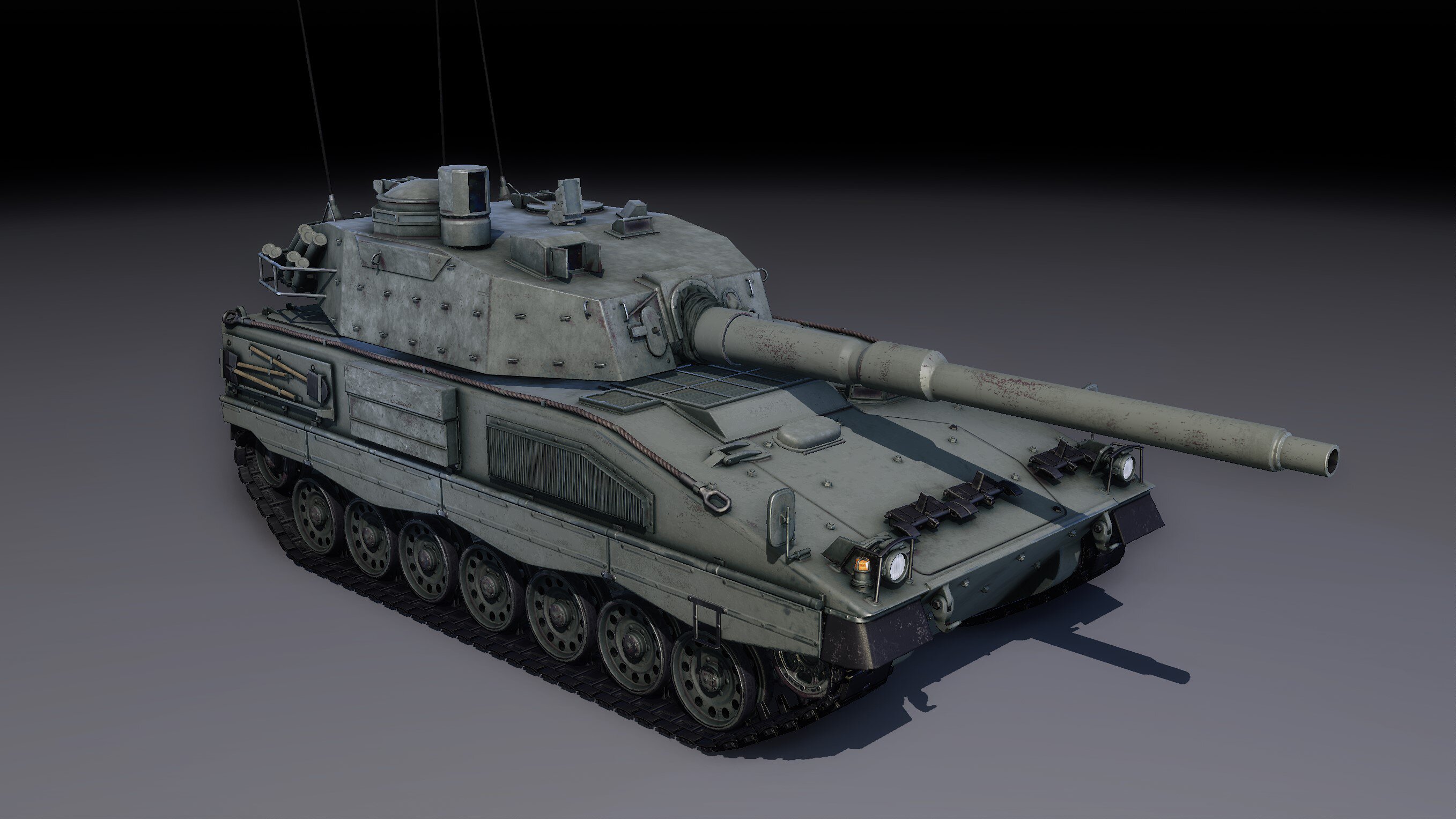 The project eventually led to a number of vehicles using the ASCOD platform, the two best-known results of which are the Austrian Ulan IFV and the Spanish Pizarro IFV. There were, however, a number of other variants built or proposed and one of them was – or, rather, is – the ASCOD LT-105 fire support vehicle (or light tank, if you will), also called ASCOD Direct Fire (or just ASCOD DF).

The first prototype of this vehicle, co-developed between the original ASCOD contract members and General Dynamics, seems to have appeared around 1996 when it was shown to potential export customers – the project was purely commercially oriented as there was no request for such a vehicle from either Austria or Spain. The idea was to take a modified ASCOD platform hull with a commercially available turret (in this case one by Denel Land Systems from South Africa) and offer it to mostly third world customers in Asia and Africa.

Other protection systems were optional, such as:

Its mobility was provided by a German 720hp MTU 8V-199 TE 20 diesel paired with Renk HSWL 106C3 automatic transmission with the maximum speed being approximately 70 km/h (average sustainable speed was around 50 km/h). Interestingly enough, the maximum reverse speed was quite high as well – 35 km/h. The vehicle could accelerate from 0 to 50 km/h in roughly 13-14 seconds depending on its configuration and had a turning radius of roughly 8.6 meters. The suspension was torsion bar-based with six roadwheels and the ground pressure of 74 kPA with its Diehl 129 tracks.

It’s worth noting that the abovementioned mobility data come from a later variant, offered by General Dynamics European Land Systems more than a decade after the vehicle’s introduction – it’s possible that the initial variant of the ASCOD LT-105 was equipped with a weaker, 600hp version of the engine, although the maximum speed listed for the early prototype remained the same. 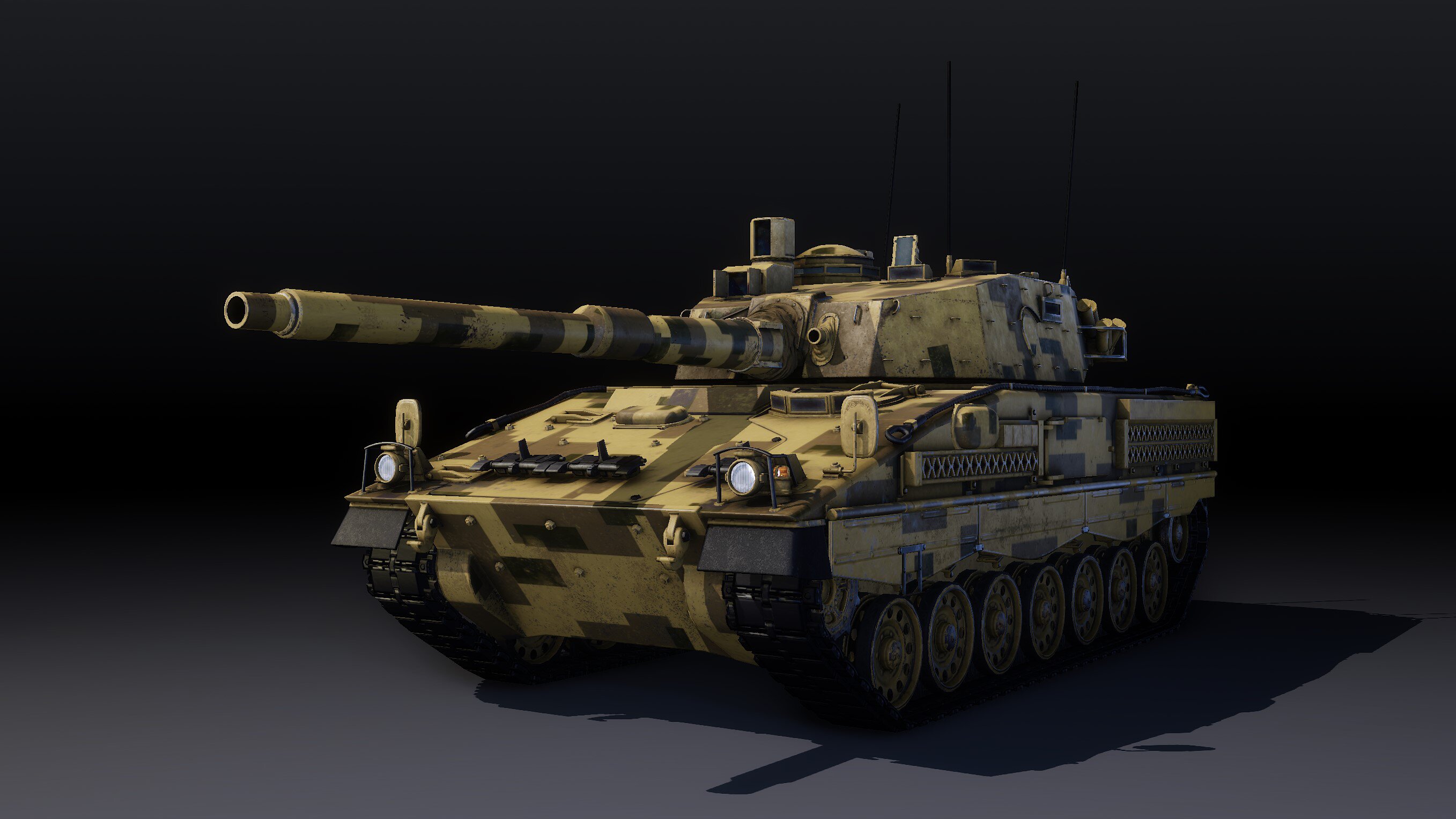 The Denel LMT 105 turret was armed with an indigenous (South-African) GT7 105mm long recoil rifled cannon (the recoil length is 600mm), capable of firing standard NATO ammunition. The gun was fully stabilized and manually loaded from a 9 round ready rack with 7 more rounds in the bustle-mounted ammunition rack.

Three men sat in the turret – the gunner and the commander on the right side, the loader on the left side. The gunner was aiming the gun using advanced gun sights that featured a thermal imager and a laser rangefinder while the commander only had a stabilized day sight (even though he could access the gunner’s thermal optics by using a monitor).

In this configuration, the vehicle initially found no real customers and, eventually, more turrets were tested on the chassis, including:

The latter was tested in the United States from 1998 onwards. Unlike the Denel turret weapon, the LPT’s externally mounted 105mm M68A1 was loaded automatically, reducing the vehicle’s crew to three men. The turret was also considerably lighter, bringing the vehicle weight to less than 30 tons. It seems that this was actually not a serious attempt to produce a marketable vehicle; the ASCOD with this turret was a test mule for the turret because another light platform was not available.

The last major turret variant, the Centauro one, came after 2000 with its weight somewhere between the two abovementioned ones.

Further development of the vehicle gets fuzzy after roughly the year 2000. It was offered for almost two decades with the only potential customer of the vehicle being the Royal Thai Marine Corps that allegedly chose the ASCOD LT-105 with the Denel turret as its future fire support vehicle in October 1999. Fifteen vehicles (including one command vehicle) were reported to have been ordered but almost no information can be found today beyond that date and it’s quite likely that the deal never happened.

The vehicle was thus marketed for approximately two decades with no real success. The reasons for that can be speculated about and possibly are related to the relatively poor reception and trial results of the ASCOD platform beyond Austria and Spain as well as the controversies surrounding the British adoption of the modified ASCOD platform under the name of Ajax. Either way, General Dynamics European Land Systems, a company that purchased both the original ASCOD program companies Steyr and Empresa National Santa Barbara, stopped offering this vehicle specifically by around 2015-2016, even though the ASCOD/ASCOD 2 platforms are still listed as upgradable with 90mm to 120mm weapon systems.

In Armored Warfare, the ASCOD LT-105 will be a Tier 8 Premium Light Tank. It will be unique in one aspect – for the first time on a premium vehicle, players will get to choose from one of the weapon systems. It will be possible to select one of the two turrets:

Both will have differently – generally speaking, the first turret will have better kinetic shells but will fire in a normal manner, while the latter will have a clip-style autoloader, balanced by worse overall characteristics of the gun. The external gun of the LPT will also take less damage like other unmanned turrets in the game.