As we briefly mentioned in the previous AMX-30 article, the French AMX-30 MBTs were also successfully exported all across the world, mostly to the countries with some ties to the French and Spanish military, the biggest users of the tanks. In today’s article, we’ll take a short look at some of the AMX export series, culminating with the AMX-40 MBT. 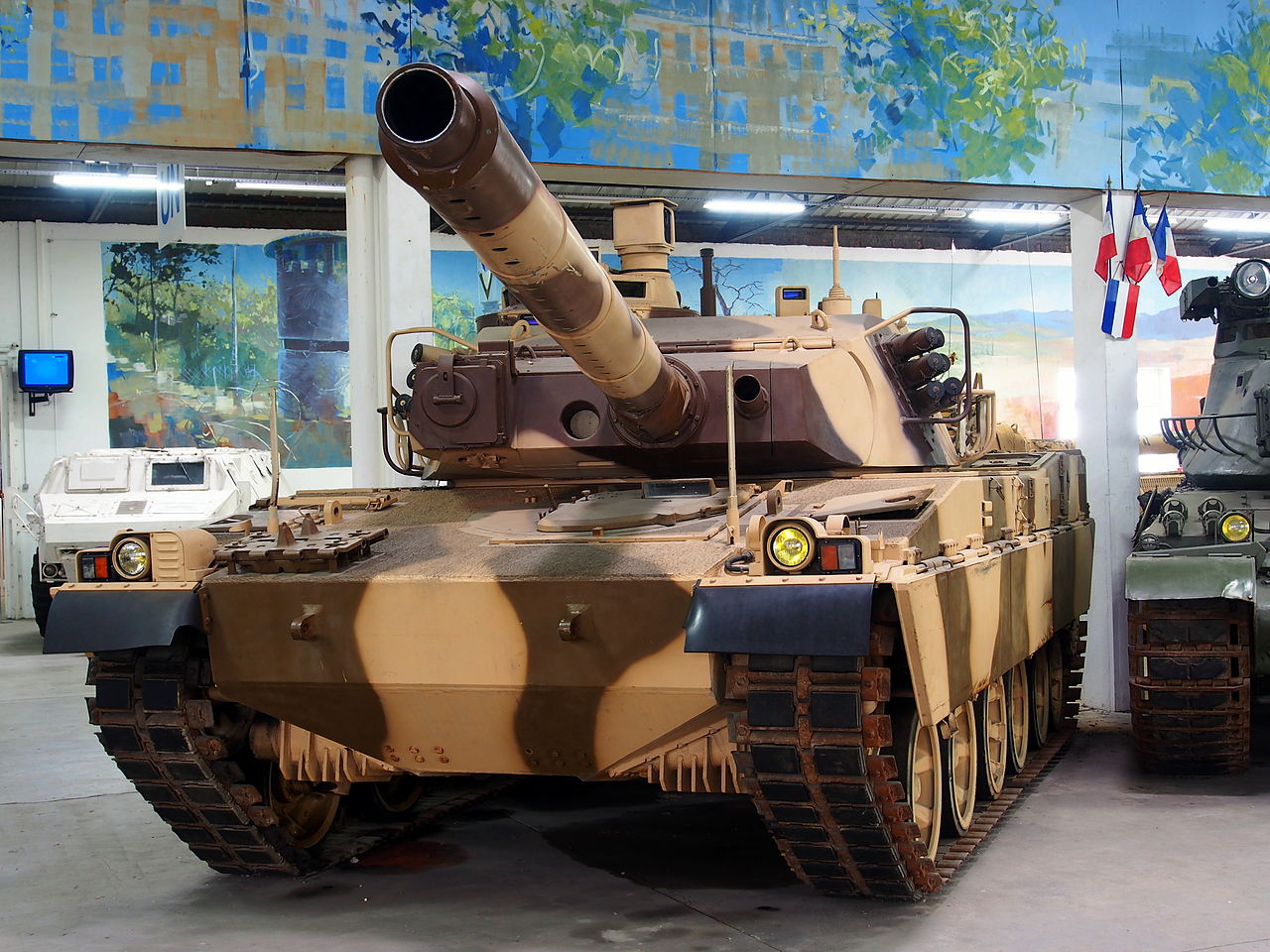 France started to develop export variants of the AMX-30 quite early on. The initial AMX-30B offered for export was a downgraded version of the real deal but that idea didn’t gather much traction and most of the actual exports were either full-spec tanks or customized based on the wishes of each customer.

From the beginning, given the strong American and German competition, the French realized they’d have to sell to pretty much anyone unless it would hurt their political interests – even if the customers were not exactly known, at that time, for their respect of human rights. The countries of the FINBEL coalition, originally established to design the unified European MBT, would either opt for the Leopard 1 or some American tanks. Especially Belgium adopting the German Leopard left the French quite unhappy.

That’s how the first foreign users of the AMX-30B became fascist Spain and the military junta of Greece. In Spain, the AMX won over the Leopard 1 mostly because the British weren’t exactly keen on selling their excellent L7 gun to fascists while the French went out of their way by offering the option of local license production, which then resulted in a special variant of the AMX-30 called AMX-30E. The Greeks bought over 200 AMX-30s in 1969 as well.

But Europe was, of course, not the only region the French were willing to sell to. France always had a strong presence in the Middle East and was, for example, involved heavily in the Israeli War of Independence. After the 1950s, its position, however, changed to a decidedly pro-Arab one in order to preserve its interests in the area. Careful negotiations with Saudi Arabia eventually resulted in a large contract for an AMX-30 variant called AMX-30S (or AMX-30 “Sahara”). This was a “tropicalized” version of the AMX-30B MBT, tuned especially for desert environments, with the following changes compared to the standard AMX-30B:

The first batch of these tanks was sold to Saudi Arabia between 1973 and 1979 with the Saudis eventually ending up with almost 300 of them plus more than two hundred other variants. They are being phased out and gradually replaced but some are still technically in service. Another nation of this region would follow in Saudi footsteps while this deal was underway – the United Arab Emirates military ordered 64 of them in 1977, more as a political gesture than as an actual effort to re-arm themselves with them.

But, encouraged by these successes, the French company AMX, responsible for the tank, planned to develop and upgraded AMX-30 specifically for export purposes. The development of this tank ran in parallel with the development of the AMX-30B2 upgrade and, in 1979, the first prototype was unveiled under the designation AMX-32. 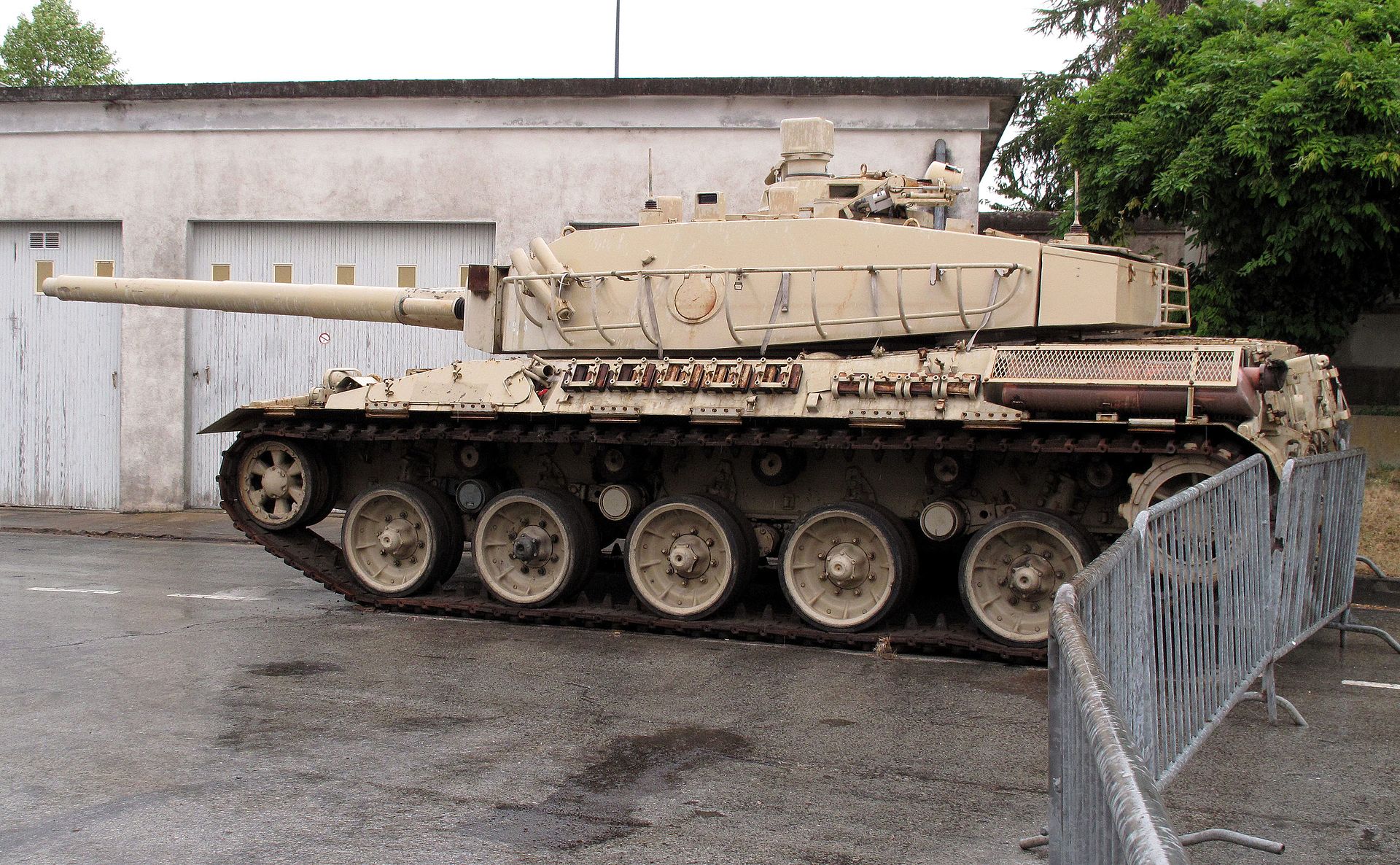 The biggest change compared to the AMX-30B was the use of a new, boxy welded turret, which represented a significant upgrade in protection compared to the standard AMX-30B cast one. This was achieved by the use of spaced armor layers that are especially effective against enemy HEAT rounds the same way the Leopard series did. These layers were not only used on the turret, but also on the frontal plate of the hull, making the tank impervious to sub-caliber armor-piercing shells with tungsten core of up to 75mm caliber. The vehicle also came with smoke grenade launchers and a double-circuit NBC protection system.

This increased the tank’s weight to some 40 tons, which was in turn compensated by up-tuning the older Hispano-Suiza HS-110 diesel to 800hp – this variant was called HS-110-2SR. The tank also received the same SESM ENC200 transmission as the AMX-30B2. As a result, the excellent mobility of the AMX-30B was retained despite the significant weight increase with the maximum speed being 65 km/h.

Originally, the tank was armed with the same gun as the AMX-30B – the 105mm CN-105 F1 L/56 rifled cannon with manual loading along with a coaxial 20mm autocannon. The 105mm gun could elevate to +20 degrees and depress to -8 degrees, but was not stabilized in order to keep the costs low. This led to some serious accuracy issues when moving but from short stops the gun performed very well. The vehicle carried 47 rounds of ammunition. The FCS controlling the gun was the same as used on the AMX-30B2 – a system called COTAC with a thermal camera and a laser rangefinder. The nominal rate of fire was 8 rounds per minute.

Overall, it was a solid, modern tank for its age. It wasn’t a breathtaking piece of technology, but that wasn’t the intention anyway – being unable to surpass the Germans with quality and other trade conditions (and thus losing several NATO bids, as mentioned above), the French instead focused on low price in order to make their products appealing to the third world. Still, the 105mm gun was a bit dated at that point, which is why in 1981 the French came up with a variant of the AMX-32 with a 120mm smoothbore gun called CN-120-25, a predecessor to the Char Leclerc gun. Generally speaking, the gun was on par with the famous German Rheinmetall L/44 – in fact, it was capable of firing the same NATO standard ammunition. It was, however, longer (L/52). When installed, the gun retained the depression elevation characteristics of its 105mm predecessor; the ammunition carried was, however, reduced to 38 pieces.

Six prototypes were built between 1979 and 1981 but, despite the firepower upgrade, failed to attract any customers. The problem likely was the tank’s mediocre level of protection combined with the fact that none were readily available. Additionally, the most promising customers already bought something else recently. Overall, the situation called for a significant combat value increase if AMX was to succeed on the world export market.

That increase came in 1983 in the form of a new prototype export tank by AMX called AMX-40. Like the AMX-32, it was designed to be a powerful but inexpensive vehicle for the third world countries. The name might mislead some into believing this was just a continuation of the AMX-30B and the failed AMX-32 project but this is not true – the AMX-40 was designed from scratch. 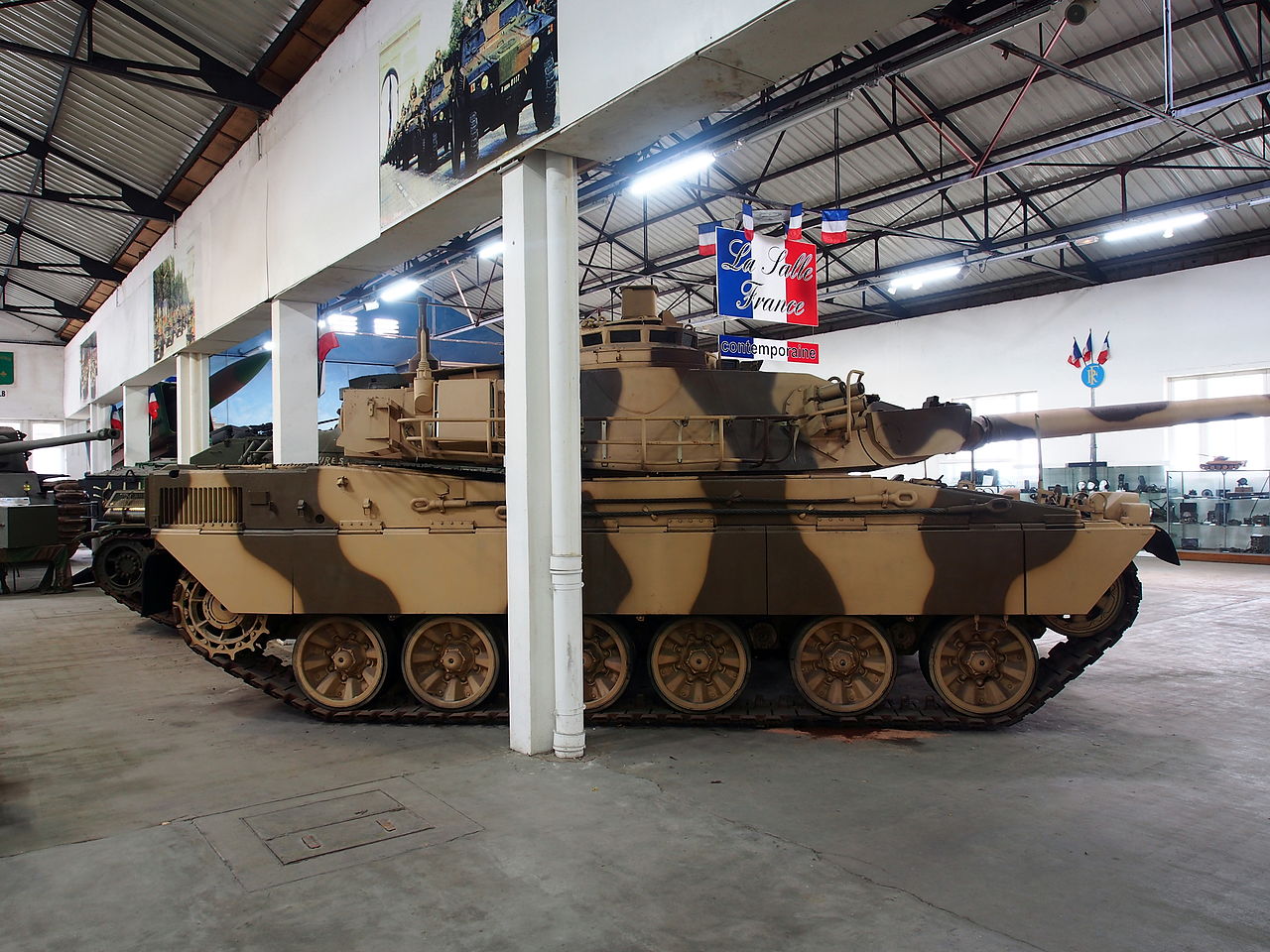 As the name suggests, the weight of this tank was officially increased to 43. Like the AMX-32, the AMX-40 was designed with Leopard 2-style steel armor with air gaps, once again significantly increasing the protection compared to its predecessors.

Its technical sheet indicated that it was invulnerable to 100mm HEAT rounds as well as to kinetic rounds of 76mm caliber or less. Its turret sides were considerably thinner and could only withstand Soviet 23mm rounds. For the early-to-mid 1980s, this wasn’t much – it was more than the older AMX tanks could offer, but nowhere near the protection of modern MBTs of the 1980s. The idea clearly was to fight obsolete Soviet equipment and not a modern regular army, making the tank sufficient for African and South American theaters of war, but little else. Additional protection was also provided by a NBC protection system, an automatic fire extinguisher system as well as Galix smoke grenade launchers.

The mobility was, once again, increased with the tank being powered by a 1000-1100hp Poyaud V12X diesel V12 diesel engine paired with a German ZF LSG 3000 automatic suspension. Its maximum speed was 70 km/h and it boasted impressive agility as well.

The firepower consisted of the same CN-120-25 120mm smoothbore gun that was present on the late AMX-32 prototype. The gun was manually loaded (the vehicle had a crew of 4), fully stabilized and, once again, paired with 20mm automatic cannon that was capable of engaging soft as well as low-flying targets such as helicopters. The gun was controlled by the COTAC FCS from the AMX-32 and the AMX-30B2. The tank carried 40 rounds of ammunition with 19 of them stored in the turret bustle.

Four prototypes were built between 1983 and 1985 and were offered to several Middle-Eastern countries. Unfortunately for the French, the history repeated itself as the AMX-40 failed to attract any attention. This was likely for several reasons.

First, it came at a bad time with major potential customers having bought other vehicles already.

Secondly, as a jack of all trades design, it didn’t really have the potential to carve a proper niche (or a battlefield role) for itself. Rich countries were buying more expensive (and better) designs while poorer countries clung to surplus American on Soviet equipment, depending on their political leanings. The AMX-40 was something of an oddity in the middle and didn’t really appeal to either. The closest AMX came to closing a deal was during Egyptian trials, but Egypt had ordered hundreds of American M60 series tanks by that time already. The only true success of the AMX-40 was that it provided the AMX engineers with plenty of experience when designing the future tank for France itself – the Leclerc.

The AMX-40 was offered from 1983 to 1990 when the program was quietly terminated as obsolete.

In Armored Warfare, the AMX-40 will be a Tier 5 progression Main Battle Tank and the first of two Tier 5 vehicles of the French dealer, Francine De Laroche. Gameplay-wise, it will resemble its AMX-30B predecessor – in its basic form, it will be a Leopard-like mobile MBT with the configurability into two different roles by choosing mutually exclusive firepower and mobility modules:

The tank will feature accurate 120mm smoothbore cannon with a coaxial 20mm autocannon that can be also used when the main gun is loading.The tank will also, in its top configuration, feature an additional plate covering the lower frontal area, increasing its protection significantly.