In the near future, we will be introducing one of the most interesting Chinese vehicles ever developed, the AFT-10 missile carrier. 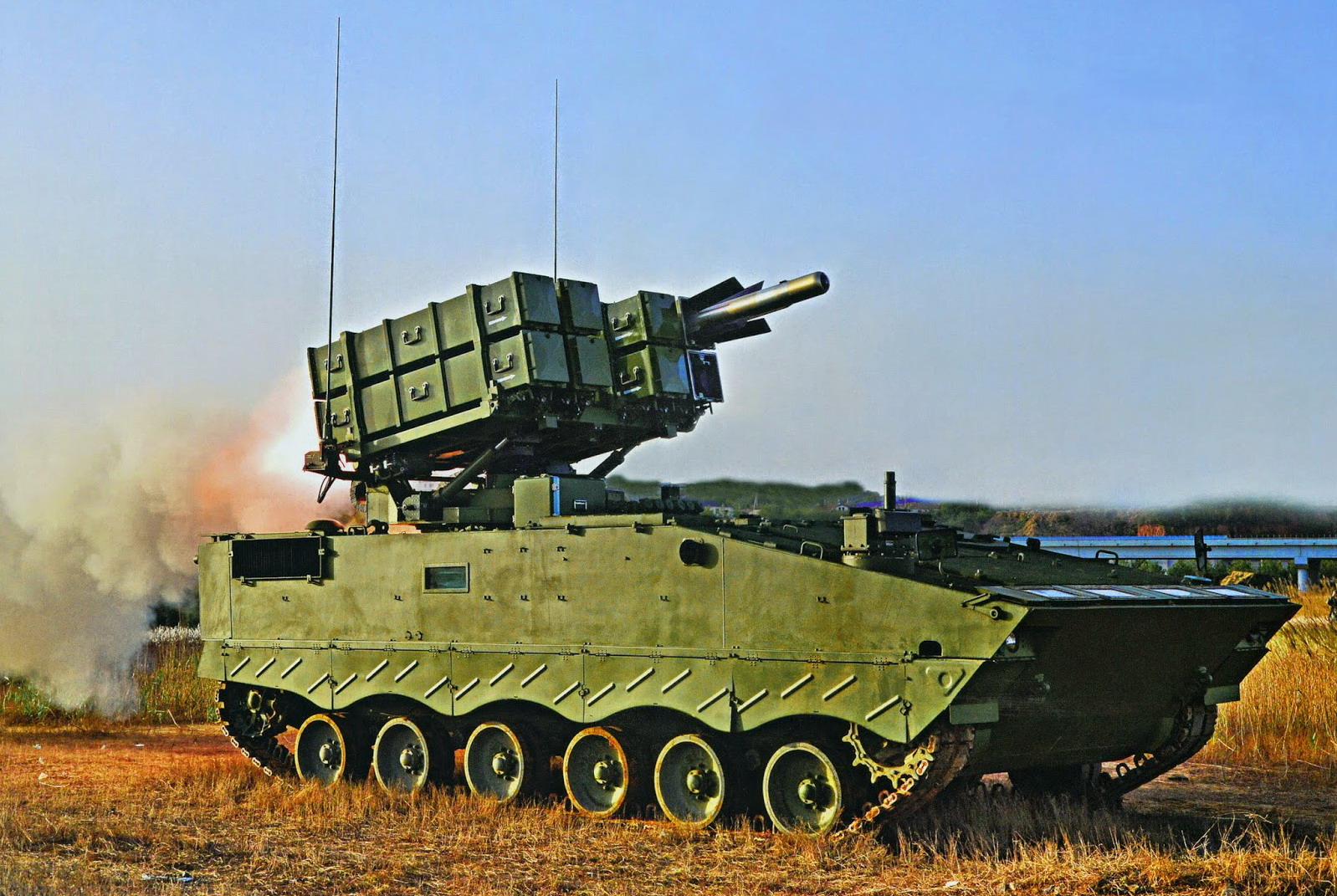 The AFT-10 is, simply put, a ZBD-04A IFV hull, modified to carry two launchers of four HJ-10 series (also known as Red Arrow-10) anti-tank guided missiles each. Its hull is fairly common – it’s made of welded armor steel plates of the following thicknesses:

The vehicle can thus resist fire from small arms, machineguns and – frontally, thanks to its excellent armor sloping – also lighter autocannons (specifically, 30mm autocannons at 1000 meters). Given its battlefield purpose – long-range target engagement – this level of protection is more than sufficient. The vehicle also has an array of smoke grenade launchers and an NBC protection system.

The entire vehicle weighs 29 tons and is powered by a 600hp variant of the 6V150 diesel engine, allowing it to go as fast as 65 km/h and to keep up with fast IFV and tank units. The AFT-10 is also amphibious. It has a crew of three men – a commander, a driver and a missile operator.

On top of the vehicle sits a massive launcher for eight Red Arrow-10 missiles that can traverse 360 degrees, depress to -3 degrees and elevate to +40 degrees. 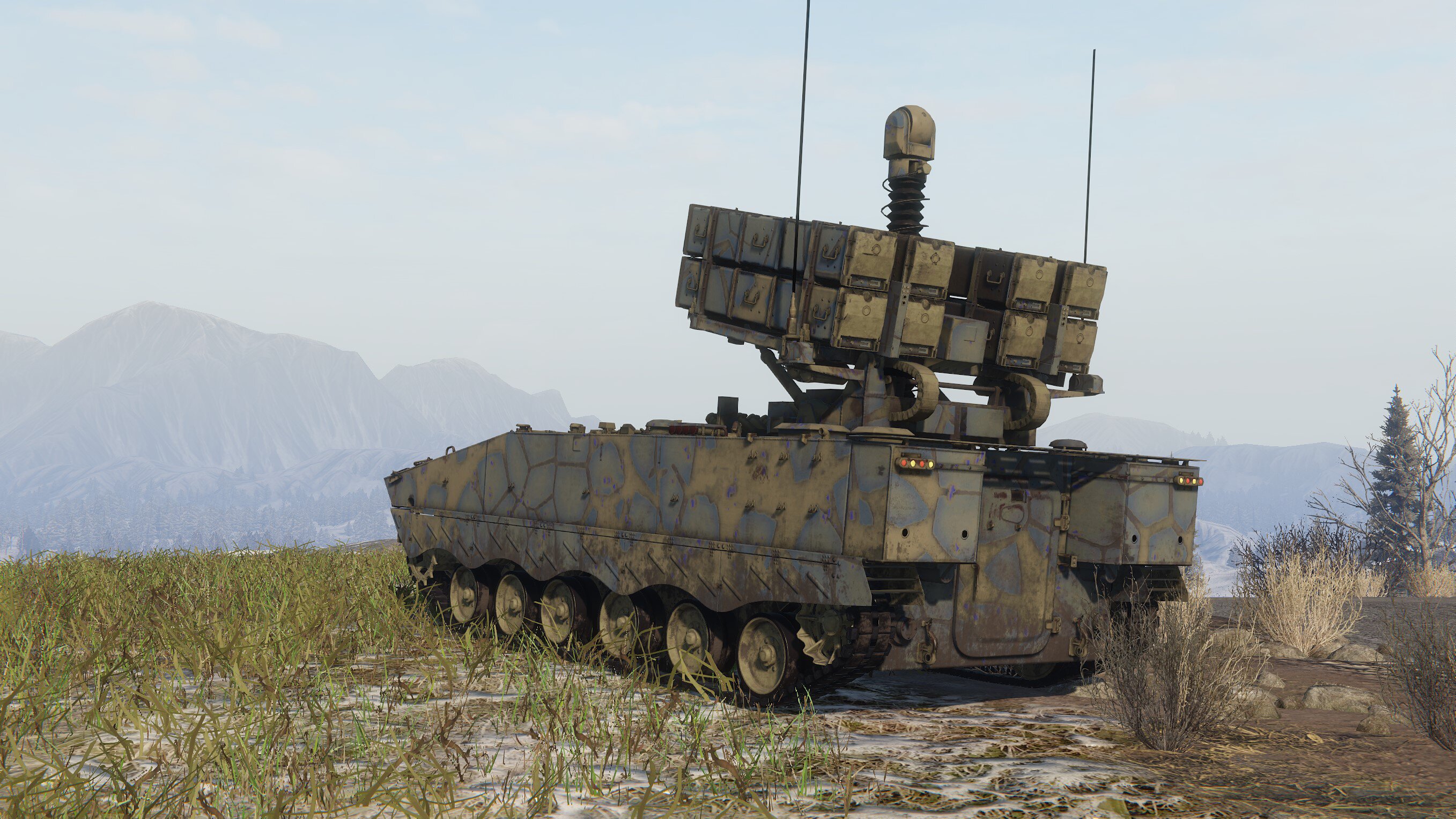 The missiles themselves are rather cutting edge – the HJ-10 series development started in the late 1990s and continues to this day, although it did hit several major obstacles along the way that delayed its deployment considerably. Some sources claim the missile is a clone of the Israeli Spike NLOS ATGM or that it uses foreign components en masse but, officially, the missile series is completely indigenous.

The AFT-10 is a sub-variant of the HJ-10 series, designed as a vehicle-borne ATGM. This 170mm missile is rather massive – it weighs 43 kilograms and has a range of 10 kilometers. It’s worth noting that its minimum range is 3 kilometers, making the vehicle quite vulnerable at close ranges as it has nothing to engage its targets with apart from the missile system. The flight velocity of this missile is 250 m/s and it is wire-guided (in this case, the wire being a fiber optic cable). There are two warhead variants available:

The penetration capabilities of this missile are unknown, but they are considered to be very good and capable of defeating even modern ERA kits. The vehicle carries only 8 of these missiles – the rest has to be externally reloaded from an ammunition carrier.

The launcher itself consists of the two batteries and a spherical station in the middle that contains a forward-looking IR detection device, a camera and a laser range finder. This station elevates in combat while the operator sits underneath the launcher in the hull. It’s worth noting that the vehicle can operate in any weather thanks to its array of advanced sensors, including a millimeter-wave radar system.

The AFT-10 first appeared in public in 2014 as the first operational variant of the HJ-10 missile series – but little more is known about it at the moment – it is allegedly produced in large numbers but the number of vehicles built is unknown and it is currently not offered for export. Tactically, it is likely to accompany Chinese MBTs and mechanized infantry units, providing long range firepower by engaging enemy armor and helicopters at extreme distances. 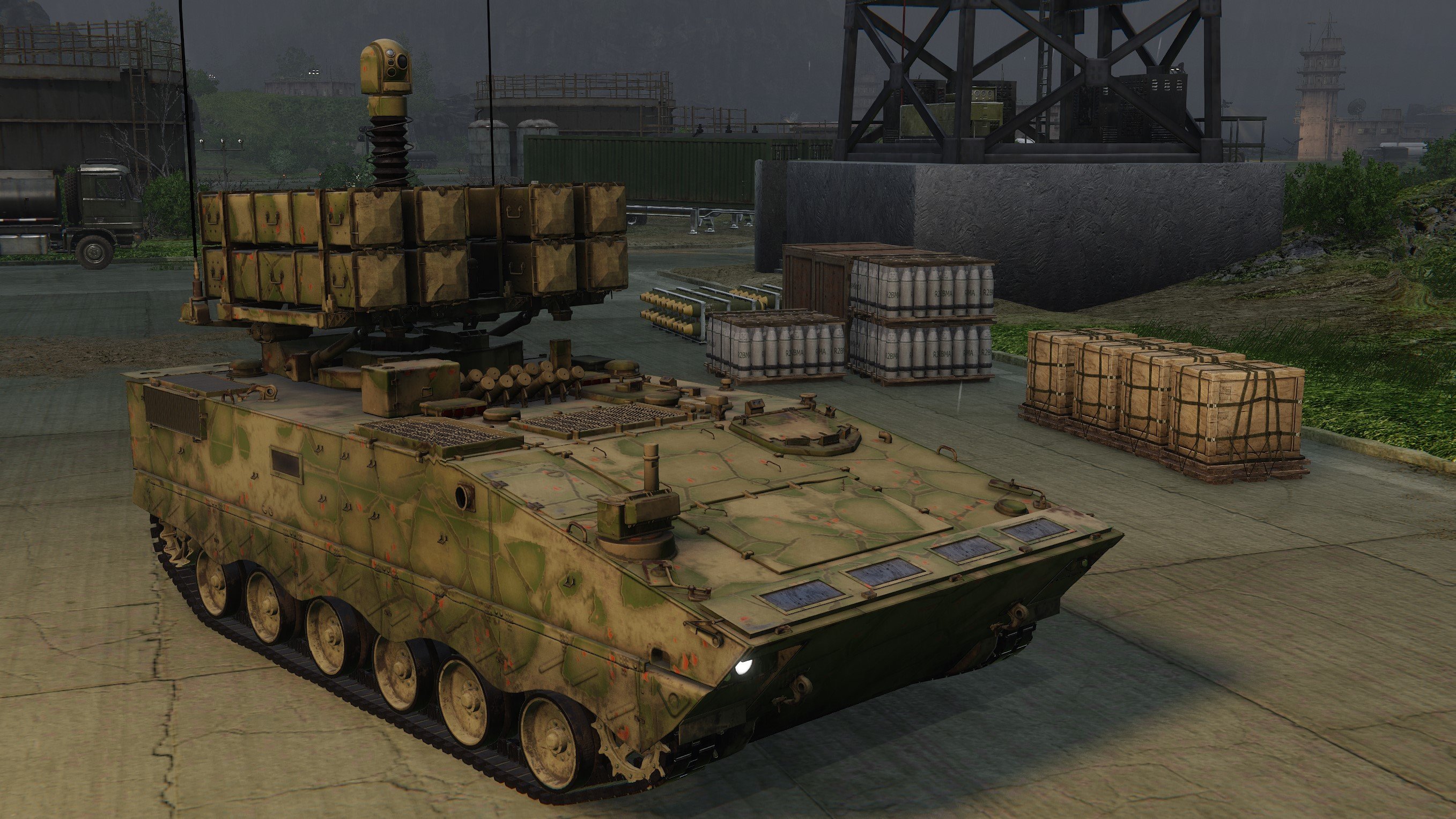 In Armored Warfare, the AFT-10 will be a Tier 10 Premium Tank Destroyer. Its massive ATGM launcher immediately draws comparison with another Tier 10 vehicle, the light Kornet-EM. But where Kornet-EM is all about speed, stealth and missile ambushes, the AFT-10 is about one thing and one thing only – uncompromising firepower.

Its armor and mobility will be average for its class and weight but it will feature an 8-round missile launcher capable of firing one missile per 1.2 seconds. Each missile will have a penetration value of 1280mm and a damage value of 700. In other words, the vehicle will be capable of unleashing 5600 damage in 8.4 seconds. In addition to being able to penetrate even advanced ERA thanks to their tandem warheads, the missiles will feature the fire and forget firing mode from Kornet-EM and the launcher will have no traverse restrictions. On the downside, the missiles will fly considerably slower than those of the Kornet-EM. Unlike in real life, the vehicle will carry 40 missiles (although the reload time between full magazines will be quite long).

Tactically, AFT-10 players should follow their team’s MBTs and support them from behind the front lines. Unchecked AFT-10s controlled by skilled players will be able to wreak havoc upon entire enemy teams, possibly taking out several tanks with one ATGM clip before reloading.

In Development: Battalion Activities in Season 1

In Development: ATGM and APS Changes