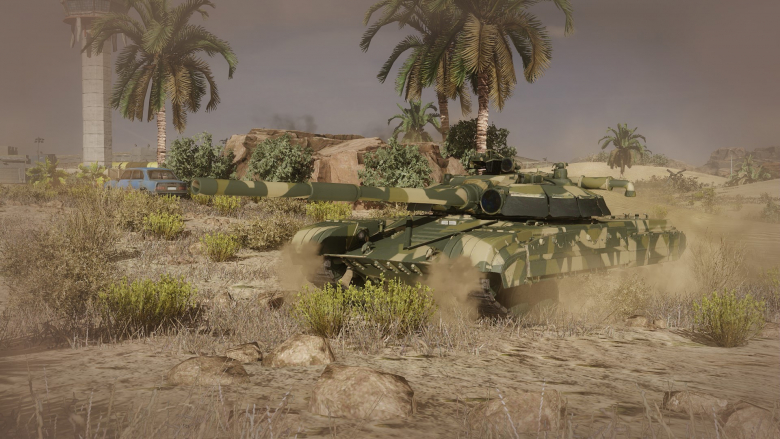 Why doesn’t the IS-7 tank carry sub-caliber rounds? They were tested in real life, their muzzle velocity was 1200 m/s and their penetration was 320mm. And why is APHE shell damage equal to the kinetic shells of the same caliber when APHE explodes after penetrating?

For one, that’s a myth based on incorrect sources that unfortunately made it to Wikipedia – such rounds did not exist. Even if they existed, however, they would just make the tank too powerful for its tier. Due to the fact that it’s a Premium vehicle, it doesn’t see many Tier 4s or higher in combat and the sub-caliber shells would boost its penetration values to those of Tier 4 tanks (such as the T-64A or the T-72). As for the APHE shells, we are planning to give them better damage in the future. In fact, we are already working on improving the shell diversity further – for example, not long ago, we ricocheting was returned to the kinetic shells in a major way (the penetrator rod shatters).

Will you introduce premium vehicles higher than Tier 8?

There are no plans to sell such vehicles. However, it’s possible that special reward Tier 9 and Tier 10 vehicles, available as a part of major events, storyline campaigns and other high-end activities will make it to the game. Significant effort will be required to obtain them.

Have you considered removing the three-color penetration indicator from the game? Having to memorize penetration zones without this aid will make the game more challenging and interesting.

We thought about it, we even ran some experiments as a part of Update 0.19 development. However, removing the indicator completely would make the armor layout practically incomprehensible to many players – in such a case, players would not be able to clearly understand why they did or did not penetrate the armor or what happened to the shell in general. We are planning to improve the situation in two ways – gameplay and visual. In Update 0.21, we are planning to adjust the interaction between shells and armor (for example, to introduce an overhauled kinetic shell normalization to replace the one disabled in Update 0.19), something we will write a separate article about. Visualization-wise we are planning to overhaul the penetration/bounce decals (textures appearing on the vehicles upon shell hit) and, in more distant future, we’d like to introduce the armor inspector and the impact camera features. We can return to the indicator question when the interaction between shells and armor is completely understandable and logical.

Why is the Ghost Field map disabled in Update 0.20?

It’s only temporary. We are working on significantly improving its gameplay and it will return to Update 0.20 soon.

Are you planning to introduce Personal Missions with special tanks as rewards?

Not as such, but we are working on several interesting ideas that aren’t that far from it. We will talk about them soon.

Can you introduce the ability to switch active Boosters before they expire?

It’s something we were considering in the past. It’s not a bad idea either.

Will CATTB replace the XM1A3 as was previously mentioned by developers, will it be a separate vehicle or will it not be introduced at all?

We are currently planning to turn the XM1A3 into a “kit” of existing components for the players to choose from. The players will be able to choose the 140mm ATACS gun or a 120mm gun with Fastdraw autoloader. Both systems were tested in real life, although not at the same time. As for CATTB, it will most likely be introduced in its real-life configuration as a progression or a reward tank. In other words, we will not turn it into a “what if” Tier 10 replacement for the XM1A3.

Is it possible that current vehicles will get more modules to unlock in the future?

Yes. At the moment, we are planning to improve the usefulness of the existing modules and Retrofits (for example by adding accuracy-enhancing Retrofits in one of the upcoming updates). After that we will be able to add more unlockable vehicle modules, something that’s also planned for the updates coming in the near future.

There are numerous reports of Retrofits not functioning properly, are the developers aware of the issue?

Yes, although the majority of these issues are not tied to the Retrofits themselves. For example, certain accuracy-influencing Retrofits are working, but it can’t be properly seen in the interface and we are planning to remedy that. Reload-influencing Retrofit issues are another case – they are tied to the general issues with client-server synchronization that are also causing the reload bug and other such problems. One way or another, we are planning to fix all these issues in Update 0.20 versions.