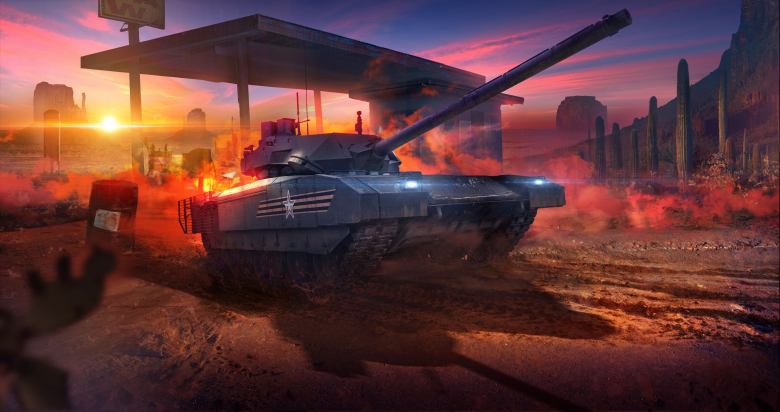 When are you planning to improve the vehicle render for vehicles to look better?

In Update 0.19, we have improved the simplified render, used on low settings, making it actually look roughly on par with medium settings. We are also currently considering a major render improvement for all settings.

Would it be possible to change the Retrofits so that they can be transferred from vehicle to vehicle without buying it over and over again?

In the near future updates, we are considering overhauling the progression system to make it more flexible and easy to understand. The Commanders are first in line for such an overhaul but we are also planning to continue our work on the Retrofit mechanism. The existing system allows you to equip and un-equip purchased Retrofits on one vehicle freely, but we are also considering changing the system to work between different vehicles.

Why are some tracked vehicles worse off-road than some wheeled ones?

Would it be possible for the players to select the Proving Grounds AI vehicles manually and to set their behavior? For example so that we can select whether the AI vehicle just stands there, moves around or even shoots at us?

It’s not something that we are planning at the moment due to the complexity of such an update along with the Proving Grounds interface. If you want to fight AI opponents, there’s already the existing PvE mode. In the future, we may introduce an extended tutorial where players can test their vehicles under various conditions. Update 0.20 will transfer the Proving Grounds map to work on client-only (it will no longer load the server), which will allow its further development.

Are you planning to show actual vehicle weight in the Garage UI?

Will you introduce more different types of mechanics and weaponry for mid-Tier vehicles?

Yes, we are planning to introduce more vehicle variety but we want to do it right by preserving the Update 0.19 gameplay basics. In the near future, for example, many Tank Destroyers will receive a ready rack mechanism (something that they have in real life), which will be represented in Armored Warfare by very high DPM and will make the class more distinctive from Light Tanks.

We aren’t planning to change the battle interface in the near future as we have put all our recent effort into the Garage UI improvements coming in Update 0.20. Update 0.20 will bring the first part of our work – the basic UI, but there is more work to be done on other Garage windows. After we are finished with the Garage, we’ll take a look at the Battle UI.

There is confusion about the actual armor values of vehicles in the game. In the previous versions, players could see armor modifiers that were later removed from UI pending the introduction of an Armor Inspector (a tool for viewing the armor model). How will you solve this issue? Will we see the Armor Inspector implemented soon or will the modifiers return?

Armor Inspector will not be introduced in the very near future – at least neither in Update 0.20 nor in 0.21.

I am interested in more eastern MBTs. Are there any plans to extend the T-80 MBT branch to include a Tier 8 progression vehicle in the form of the T-80UM or T-84 in the near future, or to introduce T-64B or T-64BV?

Yes, we are planning to extend the T-80 line, including the introduction of the Oplot.

The Base feature was removed months ago. Is the Base gone for good or will it return? If it’s the latter, can you share some of your ideas regarding making it more interesting?

At this moment we have nothing new to share.

Are you going to implement minimum activation range for anti-tank guided missiles?

Not at the moment. This mechanism (if implemented realistically) is not intuitive, would confuse players and would make some vehicles practically unplayable. In Update 0.20, we are, however, planning to improve the ATGM fire-on-the-move mechanism. There will no longer be a hard-coded block – you will be able to fire missiles even while moving – but, depending on the guidance system installed, moving faster than with a certain threshold speed will result in massive ATGM accuracy loss - such a missile will be practically uncontrollable. Using the missiles properly (while standing or moving with lower than the threshold speed) will make them accurate, but missiles launched at high speeds will only be accurate on highest Tiers (most advanced vehicles).

Are there plans for any new active abilities for Tank Destroyers and Light Tanks?

We are currently working on the main balance, for example by adding the abovementioned Tank Destroyer ready racks. When we are happy with properly balanced basic gameplay, we will think about how to build on it, for example by introducing active abilities.