Aside from the Gamestone Questions and Answers, we have a standard Q&A session for you where the developers are answering questions asked by players. 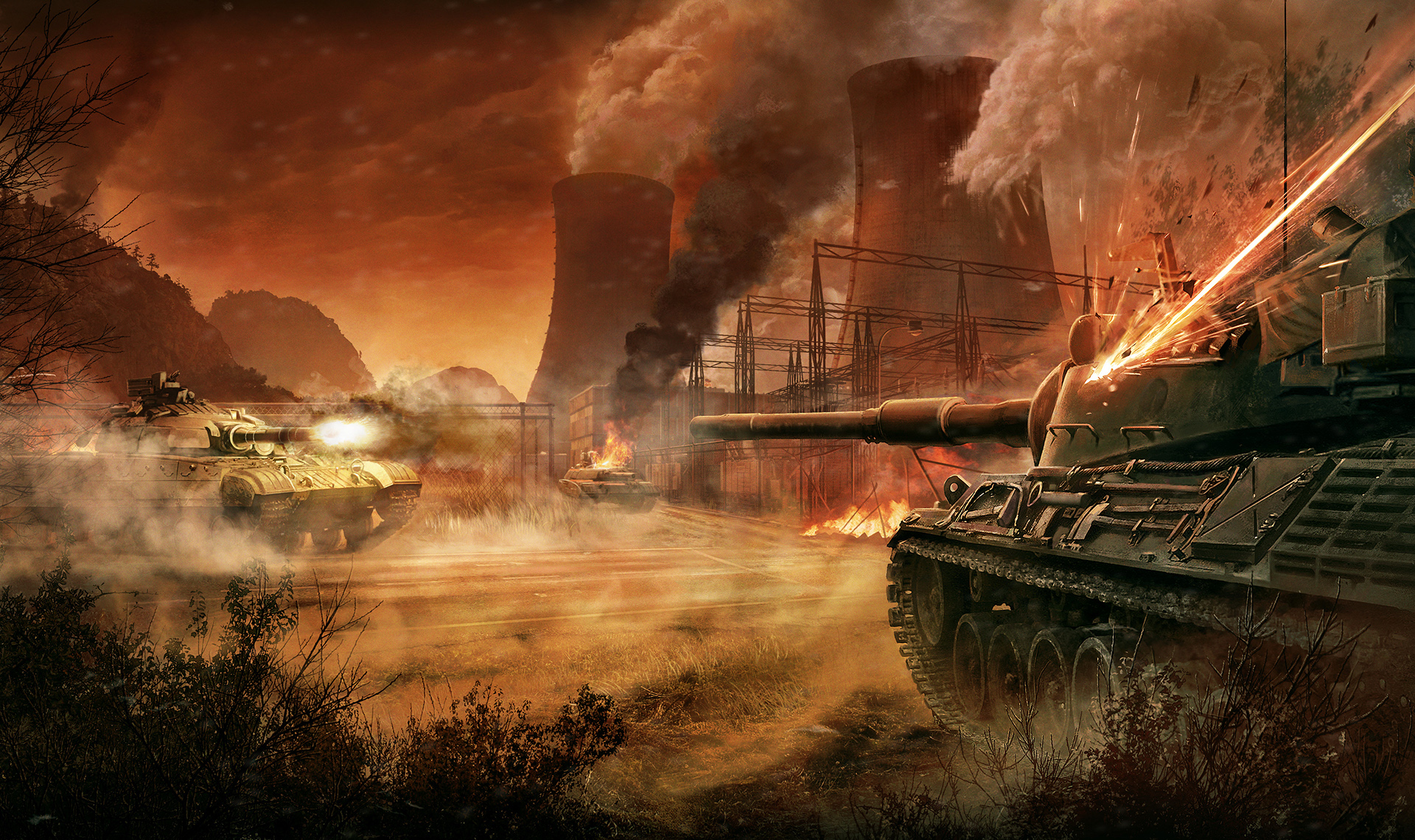 It feels that the developers are constantly nerfing PvE income. Why is that happening?

There was no economy nerf, neither in the last update nor in the updates before it. The real problem is that the income is not displayed correctly in the battle results window. That’s the reason why many players have the feeling that their income got nerfed when it fact there was no real change. As soon as we fix this issue, you’ll be able to see the correct amounts in your results.

Please explain the ammo rack fire system to us – how exactly does it work and what was changed?

The way it was before, when a standard ammo rack caught fire, the periodic damage was dealt four times, once per 1.5 seconds (from the point when the fire started – at the start of the fire, after 1.5 seconds, after 3 seconds and after 4.5 seconds). Each of these four cycles not only dealt damage to the vehicle, but also triggered an ammo explosion check (15 percent chance for each cycle). In other words, there was a 15 percent chance for the tank to explode immediately during the “zero” cycle without giving the players the chance to use a fire extinguisher.

The T-55M1 seems to be underperforming on its Tier. Do you have any plans to buff it?

We are looking into making it more competitive, yes.

Isn’t the alternative gun for the M1128 Stryker too expensive?

For an alternative gun, the price is normal.

The Special Operations mode has a lot of cool PvE features such as the Black Sea Incursion AC-130, helicopters and so on. Can we expect such features to appear also in standard PvE?

When creating new PvE content, we will naturally take the lessons learned from the Special Operations mode into account. We will also make an effort to implement the best Special Operations features into standard PvE. The specifics are, however, still deep in development.

Many vehicles in the game have machineguns on them, including some remote-controlled weapons stations. Are you planning to make them functional, for example against helicopters in PvE?

We currently have no such plans. As for shooting down enemy helicopters, autocannon vehicles are doing fine against those, which is both realistic and intended.

Could you please make the graphics settings more detailed so that we can disable specific effects such as smoke, snowstorm and such to increase performance?

On minimum and low graphics settings, these environmental effects are disabled (although, usually, not in their entirety – only the most graphic heavy parts of them). We are not disabling the effects that can be considered a part of gameplay and even if we did, it wouldn’t help you much as these effects only make for roughly 10 percent of the graphics computations on the screen. The decision, whether an effect is purely decorative or a real part of gameplay, is taken by the designer of each map.

When looking at a battalion log, you can see who and when left. But when an officer or the leader of the battalion kicks someone out, this information is missing. Can you add it?

This is a good suggestion. We’ll do that as soon as we have the opportunity.

Could you give us the opportunity (even for Gold) to edit and customize our battalion data? Change its name, add colors to its tag, different fonts etc. Right now, to edit this, we have to disband the battalion and make a new one.

This is another good suggestion and we fully approve of it, but unfortunately it is also quite resource-intensive to implement, which is why we cannot promise it for the near future. We are currently focusing on those tasks that have a higher priority.

Are you planning to add more Global Operations maps, for example based on the new PvP maps like Salzburg?

Are you planning to improve the contents of the Caucasus Loot Crate? It sort of sucks.

No. This would be very unfair towards those players who obtained and opened these crates in the past. However, it’s worth noting that the crate will stop being available in the game at one point and, as such, its value will only increase in time. Finally, we are planning to add more such crates in the future, but with a different approach to prizes, taking the lessons from the Caucasus Loot Crate into account.

Do you have any plans for a single-player campaign?

We currently have no such plans.

When you destroy a wheel on a wheeled vehicle, the vehicle will still be mobile (although with restrictions). Do you have any plans for such a system for the tracked vehicles? For example, if one track is destroyed, it could turn using the other one.

We ran some internal tests where we took a look at this idea. However, not only was this quite incomprehensible to players, they actively led to tactics such as going around a corner in such a way that even if your vehicle’s tracks get destroyed, you still can easily go back in cover using one track only. This is why we model the tank movement the way we do – tanks with one destroyed track do have some inertia but once they stop, they stay that way for the sake of gameplay simplification.

Are you planning to add a “kill cam” to the game, so that we see the enemy firing a shot at us, where it hits exactly and such?

This will not appear in the near future but we are looking into adding this feature along with an animation of the shell penetrating armor based on our Armor Inspector.