Welcome to the fifth issue of the Developer Digest series. In this issue, we answer some of the questions asked during our regular streams by the community! 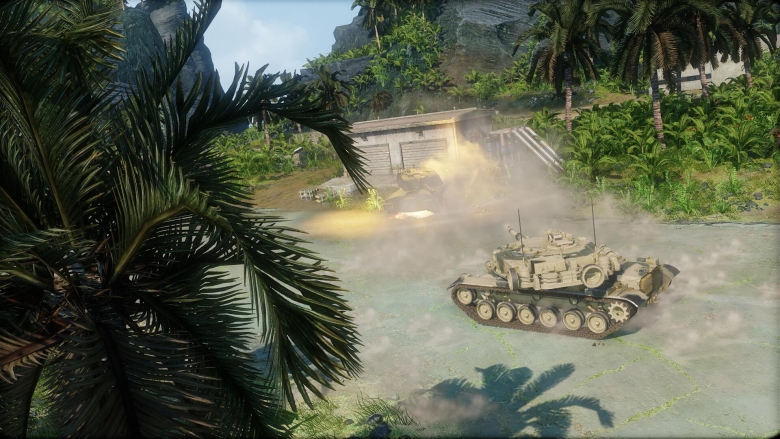 The stream can be watched on the official Armored Warfare Twitch channel.

Tell us something about the upcoming PvP competitive mode!
The upcoming competitive mode called Lords of War will be season-based. Team sizes will be dependent on the server (NA might have smaller teams). The progression will be based on the “King-of-the-hill” principle. The more games you win, the higher you will rank, losing will make you go down a rank. The goal will be to maintain as high winrate as possible and at the end of the season this will influence the rewards earned. It is possible that various classes will be limited per team – for example, a Tier 10 team might be only able to bring two or three MBTs, introducing more variety to the teams. Various maps for this mode will be available for limited time periods. This mode will be released between Update 0.16 and Update 0.17. More information will be released soon!

What will the upcoming PvP maps be like?
The next two maps lined up for PvP are much more in line with requests from players for larger and wider spaces to move around.

Any plans for Retrofit and Rate of Fire changes?
We will not be making any large changes to Retrofits and Rate of Fire in 0.16, but we do still plan on introducing changes which directly benefit salvo-based reloads in a future update. Retrofits as a whole are still slated for a rework as well.

Won’t Update 0.16 module hitpoint changes make MBTs too vulnerable?
Module damage is quite reasonable in PvE, especially since we fixed a bug which caused HE to deal double damage to modules when hit directly.

What about XM1A3 rebalance?
We plan for the XM1A3 have extremely competitive accuracy after we are finished with all the changes. Some Challenger series accuracy reductions are also planned for 0.16.

What effect does yellow damage have on gun module performance?
There's a small reduction in aim time and cannon aiming speed is reduced by around half. To reach a damaged state, the module has to be lower than 50% hitpoints. To get to 50% hitpoints, a module has to "lose" its saving throw rolls, which prevent the module from taking any damage. The saving throw is a "dice roll" which has a different percent to succeed for each module depending on if it’s internal or external. Cannons for example, have a roughly 28 percent chance for a hit to succeed and deal damage.

AFK players are getting too high rewards!
We still have plans to further address AFKs or under-performing players (particularly in PvE) getting too many rewards in comparison to those who really excel.

PvE AI Artillery is targeting me too quickly and there is no time to react, are there any plans to correct that?
It's currently in our plans to address the issue with PvE arty not giving players enough time to react in 0.17. This issue is somewhat due to the fact that certain maps have artillery closer to players than what you would experience in PvP. As a result, the shell travel time is quite low, so the notification doesn't really provide you with any advance warning. Our newer, larger maps do not have this issue as much since we can place artillery farther away from players.