Welcome to the newest issue of the Developer Digest series. Here you can find out more about game development straight from the developers – this time with answers coming from Felix Kupis, the lead developer behind Balance 2.0. 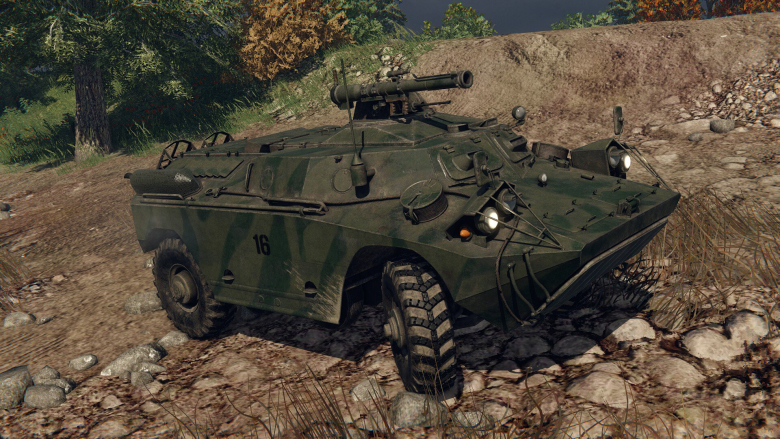 We saw videos of higher Tiers on PTS and it seems that the issue with Pixel Hunting is not quite yet fixed. Will that be remedied?

Armor protection is being worked on and there will be sufficient weak spots on all vehicles. Unfortunately, many of Tier 7 and higher MBTs were not fine-tuned and testers may have got the wrong impression on how high Tier vehicles should play.

Some of the previous plans counted on commander cupolas taking 100 percent damage and acting as weakspots. What are the plans for that?

We are currently making cupolas thicker than reality on many vehicles, which means that cupola bounces are definitely happening. Another thing is that the cupola on many vehicles has been reduced to hitting a small area on it to actually do damage as the vision blocks are not a viable area to damage. Tanks already have a huge advantage in armor – eliminating one more weakspot isn't the best idea for a mechanic as this weakspot is not the main target spot to shoot at (it's much smaller than shooting at a lower front plate for example). If needed, we can fine-tune the cupola further by reducing armor-piercing ammo damage to simulate pass-through and have explosive and HEAT ammo be more effective when firing at cupolas.

All MBTs have much higher off-road speed than intended as the mobility pass is just being finished up. MBTs will have realistic off-road speeds and acceleration. As a result of that, they will be much slower off-road then they are now. One example is the Abrams – it can go 70km/h on road but its speed drops to 48km/h off-road. Lighter vehicles will have much better acceleration, hull traverse and top speed off-road speed than in reality, so they have a way to get away or reposition when fighting MBTs. There are too many MBTs rushing with their high speeds right now and this is being fixed. Wheeled vehicles will have the fastest reverse speeds, road speeds and acceleration in the game.

Are there any plans to make classes more distinctive by the means of Class Abilities?

Yes, there are a number of differences between classes in Balance 2.0:

Many of the spotting class vehicles get the targeting ability. At higher Tiers, spotting vehicles unlock equipment that lets them see better through bushes. Higher Tiers also get spall liners, APS, an extra equipment slot and other abilities. For the future, we are looking at more interesting abilities after Balance 2.0, including things such as lap loading, updated ready rack mechanics and many others.

Spotting mechanics on PTS looked wonky, are there any plans to change them?

We have updated the spotting mechanics so that there is much better vision play than in the current PTS build. Commander abilities that modify camouflage values are important for scouting vehicles. We will further fine tune vision and camouflage mechanics until they are right. Some mechanics will be removed – for example, keeping the in-between step where you see an enemy tank model when fired upon without silhouette and marker is not good so it's something we have to get rid of.

Can you tell us about the role of Autocannons in Balance 2.0?

In Balance 2.0, autocannons can only penetrate lighter vehicles and the rear parts of all MBTs, which is intended. We are, however, looking at increasing some damage and ammo count to make autocannons a bit more viable and fun than they are on the current PTS build.