Welcome to the twenty-second issue of the Developer Digest series. Here you can find out more about game development straight from the developers and producers of Armored Warfare – this time with answers connected to Balance 2.0 and matters related! 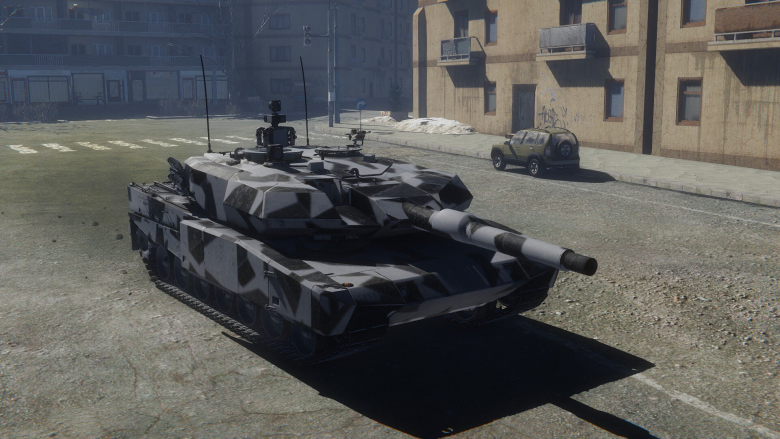 Tell us more about PvE in Balance 2.0!

We are introducing several changes to PvE in Update 0.19. First and foremost, we are removing all the indirect-firing SPG class vehicles from PvE missions, regardless of the testing outcome. Our evaluations showed that these vehicles caused player unnecessary player frustration by targeting the players without giving them any means to defend themselves and were generally detrimental to the overall state of PvE.

Matches will be also tuned to have at least one Main Battle Tank in each game to start with, along with further AI tweaks.

Altogether, these changes will provide more fun and challenge to PvE players – something the community desired for a long time. And last but not least, we are introducing two new challenging PvE missions. We hope that you will enjoy them!

Can you tell us about the Autocannon changes in Balance 2.0?

Autocannons will be toned down in Update 0.19 and will be given more realistic characteristics. It will no longer be possible to engage a heavily armored vehicle like a MBT frontally with an autocannon, nor will it be possible to destroy a target with one clip. Autocannons will remain viable against light opponents. To compensate for this, the vast majority of AFVs will receive guided missiles.

Are there any spotting system changes as a part of Balance 2.0?

Not at the moment, we are currently still evaluating the mechanism. We are planning to introduce changes to the system in the future.

Will there be a player statistics reset in Update 0.19?

Obviously there are many routes to the advertising and gaining of new players, and Steam is one of those that can be considered. You might have seen that one of My.com's other games, Cloud Pirates, was recently passed through Steam Greenlight and should that prove to be successful it's not out of the question that AW could follow suit. However, that doesn't mean there are any concrete plans or anything to announce about it right now.

The XM1 is becoming a Premium. Will players who own the old XM1 receive the Premium version for free?

We are currently not planning that.

Why is “Dragoon” listed as a part of two branches, will there be two Dragoons with different classes?

No, that part of the branch is simply common to both branches.

What happens to Time to Kill in Balance 2.0?

Are there any Map improvements planned in connection with Balance 2.0?

We’ve spent a lot of time on map revisions. Highwall will be significantly overhauled very soon and so will Lost Island – there will be a lot more playable space, Highwall was partially flattened. The changes are considerable.

Will there be any changes to Matchmaking in Balance 2.0?

Yes. Matchmaking now takes role into account as well as class. Players should see improved setups with approximately equal number of scouts, brawlers etc., resulting in more balanced teams. Vehicles will have “roles” assigned to them – the Terminator variants, for example, count as brawlers despite their AFV class.

What about Economy changes in Balance 2.0?

The income will be tweaked to reflect the new reality. Overall, the progression speed will remain the same. Changes will be made to the system to compensate for the Balance 2.0 overhaul.

How are you going to help PvP after Balance 2.0 introduction?

In the "short term", we are doing three things to help the normal PvP queue:

First: Give players the option to toggle preferred queuing between Global Operations, PvP or both. This removes the Global Operations only queue and has both groups queuing from the same PvP pool. Since it is only "preferred" and not a dedicated toggle, it still means GO players will be tossed into normal matches when there is enough normal PvP players to make a game and vice versa.

Second: Add a new "skirmish" mode which puts smaller teams against each other on smaller maps. This isn't directly a new queue, but it does mean that during low pop situations, matches between a smaller group of players will form faster and on maps which don't make you feel like you spend more time driving than fighting.

Third: Rework some of our existing maps to better fit the gameplay style we are promoting with Balance 2.0. We've gotten a lot better at making maps over the last year and so we are going back to some of our existing maps and significantly reworking portions of their geometry. Lost Island and Highwall are two of the maps we are currently reworking and internal test reception so far has been extremely positive. These are pretty significant changes (not just a bush or rock here or there) so I think players will find these maps a lot more viable.

Each of the things I've outlined is in some stage of development. These aren't just ideas. They are actual things we are working diligently on. In many respects, standard PvP is not a "rival" to Global Operations just like domination in Battlefield isn't a rival to Rush. They are fundamentally different modes which have a "Venn Diagram" of players. Some like GLOPS while others just like standard PvP and then there are those who like both.

Lords of War is unique in that it isn't a mode available 24/7. It will be live for a set period of time, at a set time of day and with certain tier restrictions. It isn't meant to compete with the two other PvP modes outside of the specific windows of play. Even then, it's only for those who truly want to play competitively.

A summary of information about the future of Armored Warfare straight from the developers, this time with answers from the Fireside Chat