Welcome to the seventeenth issue of the Developer Digest series - find out more about game development straight from the developers themselves! 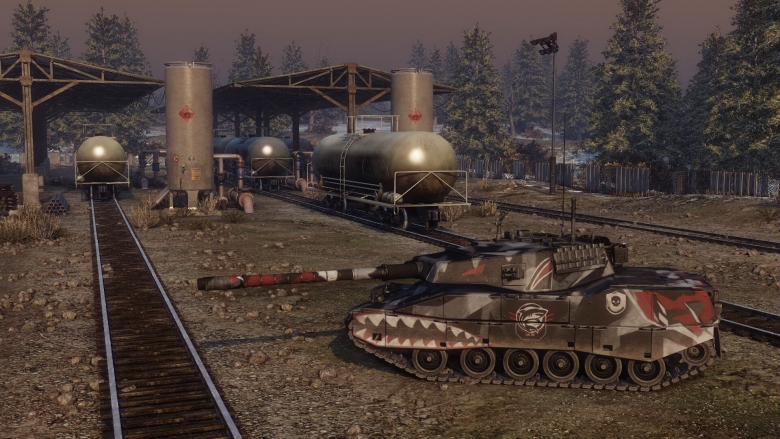 Is it true that the “No Effect” issue was not fixed completely?
We’ve identified two additional, specific issues that we will work on correcting.

In the video here, the ATGM strikes the "no effect" toolbox on the side of the Wiesel. Since ATGMs can be affected by normalization, the ATGM then slightly altered its angle and the actual "jet" of the explosion propelled outwards away from the vehicle. We are removing normalization in Update 0.19, which will correct situations like this so in the future it will still send its jet towards the hull of the vehicle.

In the video here, the client and server had a dispute about the position of the ATGM. If you slow the video down, you can see the ATGM's path is altered once it comes in contact with the vehicle and the resulting explosion happens underneath the vehicle. This is because the server rewound the encounter and determined that the projectile was in fact, lower than it appeared. It's important to remember that replays only play what the client saw. It does not replay how the server actually handled the encounter based on latency and the like. That being said, we agree that this is visually misleading and it would be better if the server resolved these discrepancies in a way which made more visual sense. We are going to be looking at what additional changes can be done to handle these "arguments" between client and server without creating new shot delay situations due to the resolution taking too much time to be processed.

In any case, we are now looking at the issue as a whole as the issues are not limited to the Wiesel.

If the Centauro 120 gets moved to Tier 9, what will happen to Centauro WOLF? Will it become a Tier 9 Premium?
No. We will be working to change the WOLF edition to the normal B1 Centauro at Tier 7.

What happens if I already unlocked the Tier 9 token from Centauro 120 and used it on DRACO?
You will get a new Tier 10 token.

Speaking of DRACO, you previously announced that you’d be removing this vehicle. Is that still on the table?
At this moment, we don’t have exact plans for the DRACO yet.

I am worried about the upcoming armor and weakspot rebalance. Can you tell us a bit more?
One thing to keep in mind guys is that we aren't artificially increasing weakpoints.

The team has been working super hard to apply accurate shell and armor mechanics to all vehicles. If a vehicle has a weakpoint in its armor it's because that vehicle in real life did not have strong armor in that area. We aren't going to be adding artificial weakpoints just for the sake of balance.

We've been working to revamp the armor meshes for all vehicles as part of Balance 2.0. This will provide a much higher degree of granularity when it comes to armor thickness as these meshes are using real world values to depict actual armor thickness. In the process of doing this, we've increased our armor mesh fidelity by 2.5 times what they were before.

Here's a picture showing how our updated armor mesh looks for the M48 Patton: 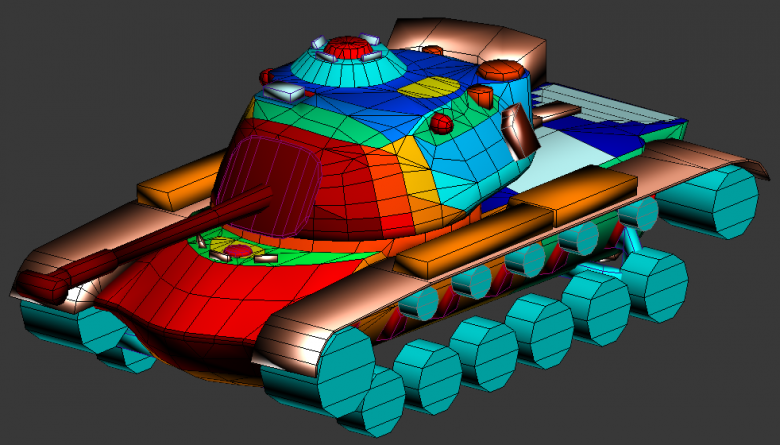 Each color represents a different armor thickness, all of which was derived from real world values. This same level of fidelity will be found on all vehicles going forward.

In conjunction with the new armor meshes, our ammo penetration values will also be derived from real world numbers. We are working to provide vehicles with rounds they've used that will offer adequate penetration for the tier they are at, but will not immediately result in a vehicle being penetrated from every angle.

Will we be able to see those 'thickness models' when the announced Armor Inspector feature goes live?
Yes. Only tech tree vehicles to start with at least. You may not see them represented exactly like this, but you will be able to see a representation of them.

Armor thickness and composition for most modern vehicles is classified. How will you introduce realistic armor layouts when everything is kept secret?
In situations where we cannot get ahold of factory blueprints or designs it can be difficult to get 100% accurate numbers. That being said, there are many good ways to get a very accurate number, and we have the manpower available to us which comes with the knowledge and an information network to find the most accurate number we can get. The more modern we go, the harder it will get to find an accurate number, but there are still very legitimate methods of getting real close.

Will you reduce the accuracy of MBTs in Balance 2.0?
Accuracy changes are planned for all vehicles, but for MBTs we want to prevent them from being as good at sniping over longer distances as other classes who rely on distance to keep them safe.

How will these changes affect the PvE mode AI opponents?
PvE enemies are being rebalanced to be closer to what you would encounter in PvP. We are reducing the number of "quality" variants you will face as well.

Will new vehicle visual models come in Balance 2.0? Some models – such as the Leopard 1 – are not correct.
You may see some, but others are in progress and will most likely come out shortly after. The Abrams looks proportionally better in Garage 2.0 due to the camera changes.

Camera changes affecting models – isn’t that rather strange?
That is not taking into account the Field of View. Field of View changes how a vehicle is seen proportionately. This is why using different angled shots are so important when modeling vehicles to ensure the model is not being distorted by using one image of a vehicle from one angle.

I've said this before, but our Abrams models (M1, M1A1, M1A2) have all been matched against images of the vehicle from multiple angles to ensure it lines up properly. You cannot simply look at a singular real life image of the vehicle and attempt to match it against the garage image because the two are not using the same camera angles. This is why taking a video with a camera that uses something like a fisheye lens will make an image appear differently than if you had taken the same video using a different lens.

When will a new progression line come?
There will be some new progression vehicles in Update 0.19 as part of the dealer reshuffles. Entirely new vehicle lines are slated for 0.20 and beyond. Given that every vehicle is getting a balance overhaul and will play very differently, it will take players some time to adjust to the entirely new "feel" of AW post-0.19. Even Tier 1 vehicles are getting shuffled. To give you an idea, the M113 and the PT-76 will no longer be the Tier 1 vehicles which introduce players to the game.

With that in mind, we "pushed" the release of the AFV/TD line from 0.19 to 0.20. The line itself is essentially complete, but needs to wait for Balance 2.0 to drop before we feel comfortable adding it in. We have multiple new lines in production as well.