Welcome to the twelfth issue of the Developer Digest series - find out more about the development of the game straight from the developers themselves! 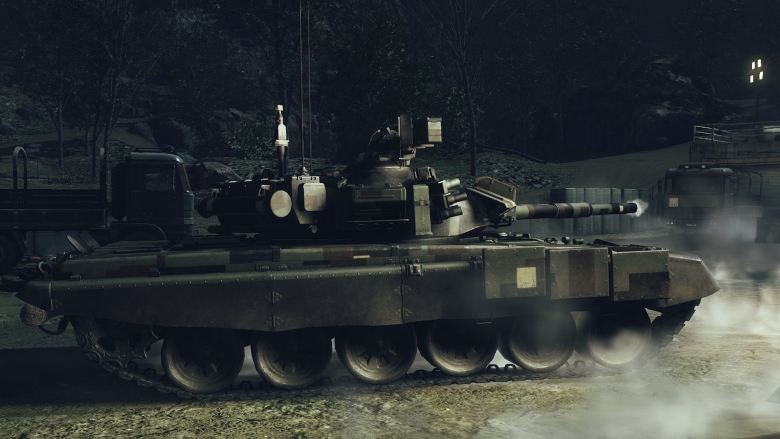 Can’t you publish an update schedule in advance so that we know what is coming?
We will not give a schedule of our updates until we are sure particular issues are being fixed in a particular update, giving a longer road map leads to trouble in case of slippage. I would say the focus for the next 3-4 updates will continue to balance, bug fixing, and additional content and by the end of the year you should see a pretty drastic change in terms of both balance and polish. I have seen the roadmap, and I am confident that if we can deliver we will be in a position to release the game and give it the exposure it deserves. Hang in there.

You mentioned the end of the year as target for dramatic changes. I presume that those will be Updates 0.17, 0.18 and 0.19?
I cannot go into details but in general you are correct – it is 0.17, 0.18, and 0.19 with the intention to get them all out by the end of the year, so there are only so many months to work with so you can guess on theoretical release times. Update 0.19 is not the end of development.

While updates up to that point will represent a dynamic change from what we have today, it is by no means the end of development. You will have to wait until 0.20 for more changes, and 0.21 and so forth. But by the end of 0.19 you should clearly see the direction of the game and everything will build on that new foundation.

But can’t you tell us more about the upcoming changes? I feel like too little information is released.
Changes since the Open Beta launch have revolved around getting a complete game in place from Tier 1 to 10. Then a lot of time was wasted trying to balance things using parameters in the game, tweaking a few numbers up and down. Overall this was not going to get the game to a releasable state.

Update 0.16 represented the start of going back to basics, fixing bugs, and adding meaningful content the upcoming updates will represent the core fundamental changes to the game, and the meta you know today will be obliterated (which should be good, since the players have clearly indicated they are not satisfied with the current meta).

We agree that fixes need to be a high priority, but in many cases you can't fix something by just small tweaks or add-ons, we need a strong foundation to make those fixes "stick". There are some technical examples like shot delay that were fixed to a great degree, and we will follow up to continue improving them. Many fixes revolve around core fundamental game play.

Maps are a good example in this regard. The next two maps are large (with a lot of playable area) and are not "tunnel maps" in any way. We listen to feedback but pipelines are long so the effects are delayed from a point in which a decision is made to the point that it is delivered in a live environment.

I think the key message is that we hear the feedback, and we are acting on it, it just takes time for you to see the results of the changes. As far as patch notes, it represents exactly the point of releasing information to you early. If we release a roadmap or patch notes and find a bug or an issue that requires us to remove it, people get upset. If we don't release patch notes or a roadmap people feel they are in the dark. What is the correct solution that isn't a Catch 22?

Again, we appreciate the feedback and the clear passion you guys have for the game, I can speak for myself when I say that I want the game to be successful as much or more than you do. I think we are on a good path, and will be excited to see your reaction as we roll out these plans for the rest of the year.

I am impressed with Update 0.16!
Thanks, I think if you read my answers in the context of what we have all seen in 0.16 (fairly universally liked update), you can project the current direction.

I paid good money for a Premium Vehicle, how come you are nerfing it?
We appreciate those that have spent real cash to help support the game in BETA with the clear understanding that changes will happen. We have been very clear that we will continue to change vehicles regardless of the way they are acquired to fit into the game. People can spend just as much or more in Credit or Reputation conversion to acquire a vehicle, so we make no distinction.

We want everything to be fun, and won't protect anything that is overpowered. Conversely, we will buff tanks as needed and not promote the new tanks in an overpowered form knowing that they will be nerfed in the future.

It‘s natural to gravitate to something that is overpowered in a current meta, its human nature, but fair warning: This will always be in flux and corrected up or down as the years progress. That in my opinion will lead to a healthy and sustainable game environment.

I am concerned about high-tier guided missiles. Will they be effective with ERA and APS on many vehicles?
Trust me, with tandem warheads coming along with the decrease in ATGM reload time, APS and ERA are only going to be able to block so much.

I am concerned about the autocannon nerf – won’t it reduce autocannon effectiveness too much?
We do not feel flanking a vehicle (be it an MBT/LT/TD) and holding down the left-mouse button while pouring 20-30 shots into them for 50 percent of their hitpoints or more is the kind of engaging combat we want. The changes to ATGMs will make them much more deadly but still require some skill to pull off. In situations with a vehicle that has a high caliber autocannon, they should be able to theoretically deal the same damage as a similar tier cannon shot (provided most shots hit). What they should not be able to do (and can do currently) is deal twice as much or even three times the amount of damage in one clip.

Every time you try to envision these changes as part of the current balance meta you are doing it wrong. Our vision system is also changing somewhat, so be prepared for that as well.

But that will hit vehicles without missiles very hard!
Beyond Tier 3, we will be adding ATGM launchers to vehicles which used to have only autocannons.

I am still worried that the autocannon situation might nerf some vehicles too much.
Autocannons don’t kill MBTs on the modern battlefield. The reason there are so many ATGM counters these days is because ATMGs are scary. This is not yet represented in the game. Autocannons will still have purpose for killing other lightly armored vehicles, which to be fair, represent most classes in the game except for MBTs and to a lesser degree Light Tanks.

People will either have to select the right weapon for the job (gasp) on flexible AFVs like the Bradley, BMP, BMD, etc., or know that some single weapons systems will require them to play in a certain way to be effective. Combine this with stronger definition of ammo types and you get even more choice and decisions.

Ultimately, the goal is to make players think, make decisions and have more impact throughout the game. The strength of this type of game is it takes both intelligence and some reflexes to be successful, and we can leave circle strafing and bunny hopping to other games.

This is not to say that the game will not continue to be fast paced, but it shouldn't require you to knife fight to be successful. Bradleys had more confirmed kills in the Gulf Wars than the Abrams and they didn't do it by circle strafing T-72s.

Please try not to judge these changes based on the current meta, you can't theory craft something when you don't have all the pieces of information. Update 0.17 will have some of the ATGM changes, however even this just changes the current meta to some degree and doesn't represent what the play between classes and weapon systems will be.

But since the players don’t know about the whole of the upcoming changes yet, won’t this make them mad and leave the game?
The meta will drastically change into something more stable and tenable and will be in flux for the rest of the year. If the new group of mad people is much smaller than the current mad people and it appeals to former and future players in great numbers, then this is acceptable.

Powercreep is a major component of the balance changes and flattening this curve is a primary goal as well as balancing the classes and – a lower level – the weapons systems. Just because I am answering a specific question on a specific topic, it doesn't mean we are not considering the other factors that tie into the greater meta. That is what makes this discussion so complex and why these changes need to be comprehensive, lots of little and not so little things can contribute to the overall solution.

For example, let’s take map design, as it also plays a part. Players want bigger maps and this can have great impact. The size of the map is less important than the density of the terrain and the density of player per square kilometer. I play on both the EU and NA and I can say maps drastically play different with fewer players. Some maps that seem claustrophobic in 15v15 are really fun with smaller numbers. Finding this ratio is more important that just saying we need 4km maps.

Any plans for the Swingfire?
Well, the problem with the Swingfire is an ATGM Tank Destroyer in an AFV line. We've identified this issue and we plan on moving it to a more suitable line in the future.

Swingfire and many other vehicles will play differently and see a role / play-style change from what people are used to in the current version of Armored Warfare. I'm looking at you, AFV's, Light Tanks, Wheeled TD's etc. PvP and PvE will use the same vehicles. There will be nothing special about the PvE versions, no more “low hitpoint” versions, “high hitpoint “versions etc. As far as what they shoot at, that is being worked on.