Welcome to the tenth issue of the Developer Digest series - find out more about the development of the game straight from the developers themselves! 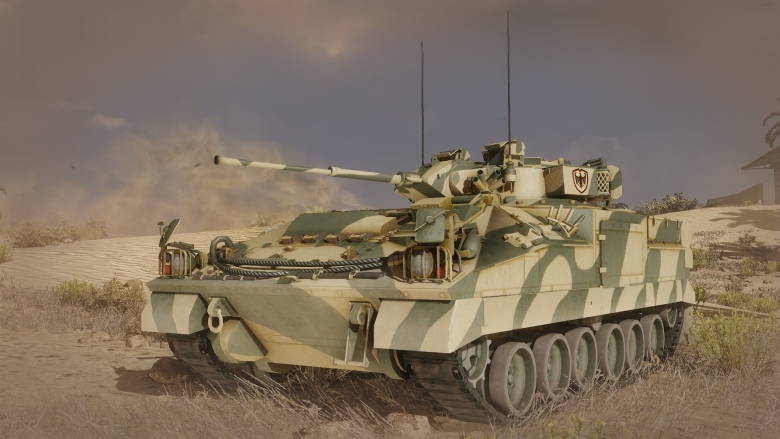 Will more extensive vehicle modifications be considered? For example, by installing a vastly improved gun, the vehicle could be modified to become a tier higher.
We are currently considering solutions that will reduce the power gaps between tiers (especially on higher tiers), which will make battles with multiple tiers much more comfortable for the vehicles at the bottom of the team.

Are you planning to introduce the option to activate more than two boosters again?
This feature will not return as its currently possible to obtain many different types of boosts. We might consider adding a third booster slot, but only for gold. A fourth slot (or more) will definitely not be introduced, as that would allow players to stack excessively high income multipliers, which would ruin the game economy.

When will you introduce additional anti-aliasing systems, such as TSSAA-HQ, that are not so resource intensive?
The game already has SMAA anti-aliasing, which combines the classic MSAA anti-aliasing and information from past frames. This is basically the same as TSAA, but with a different name.

Will the players have the option to select either "new" or "old" sounds?
We are currently considering releasing sound packs with "new", "old" and "super-realistic" sounds for players to choose from.

When will you improve the high-tier balance? We are tired of pixel-hunting!
We are planning to introduce some balance changes in Update 0.18 and 0.19. We are considering and testing some rather dramatic changes, including a system of armor deterioration.

Will you improve the map object collision models?
We are constantly working on such improvements. If you see an issue with a collision model, please report it in the bug section of the forum.

Are you planning the introduction of a voice chat for PvE?
The preliminary plan is to introduce it in Update 0.18.

The Garage interface is too complicated, are there any plans for making it simpler?
We are planning to overhaul the Garage to simplify the interface.

Will the Merkava 2D MBT receive additional spaced armor on the turret?
There are no plans for such a change.

Can you implement UAVs to the game? Perhaps as a flying drone view instead of the current artillery aiming mode?
We like the idea of drones, but not as a change to artillery. We will consider their introduction for other purposes, but it's not an easy thing to do and will take some time to implement.