Welcome to the first issue of the new Developer Digest. In this article you will find a summary of information directly from the developers, producers and community managers of Armored Warfare so you do not miss any crucial new piece of information! 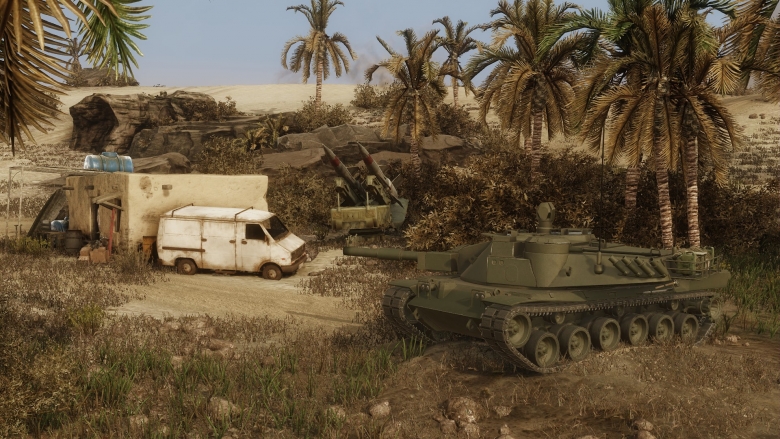 I prefer PvE, but I can sometimes see that many players aren't giving any attention to secondary objectives. Are there any plans to improve that situation?
We plan on making some changes to basically award those who complete portions of a secondary. So if you complete 1/5 secondaries you will get 1/5 of the overall potential individual rewards. Of course, completing all of them will still give the entire team a bonus like before. We are also looking at adding different types of secondaries which do more than just give you extra rewards. They may also extend the primary objective timer or provide some other form of tangible in-match benefit.

I am concerned about "kill stealing" during the Daily Challenges.
We plan to adjust kill challenges to also count assists as well.

Are you happy with Update 0.15 reload changes?
We've got some changes planned to address a few outlining balance issues with the new Rate of Fire change, but overall the change is a positive one as it increases the Time to kill and lets players survive a bit longer.

Are there any plans to add an additional sound to the ATGM warning? For example, pinging - the faster the pings, the closer the missile is.
That's not a bad idea, we'll add it to our list of things to implement in the future.

Can you add new PvP modes to Armored Warfare - like defense, assault or the respawning mechanism?
Something like that as well as other features is planned for the future, more details will be disclosed later.

Will spotting damage be added to the battle results window?
That's a good idea. We'll add it to our plans.

I'd like to propose an increase to Credit income!
A new Insignia system will be added in one of the upcoming updates. This system will allow players to increase their Credit earning rate as well as other earning rates (depending on player choice).

What about the Main Battle Tank power creep?
We are generally planning to address the issue of MBT power creep from Tier 7 onwards due to their thick armor. One of the ideas how to solve this situation includes changes to Matchmaking.

Is the Crew system overhaul still planned?
Yes, it is in our plans.

What about the premium Merkava armor? The sides still seem a bit thin.
The vehicle traditionally has not had very armored sides in real life. Our armor buff targeted the lower front plate weakness and should make it yellow (where it used to be green) to same-tiered vehicles.

Booster Packs should be on permanent sale!
We're considering whether to make Boosters permanently on sale or not, but no decision has been made as of yet. We'll inform you guys if anything should change.

My penetration indicator is green but the shots are still not sometimes getting through. Why is that?
For Armored Warfare, the armor indicator is dynamic, so it calculates your potential chance to penetrate based on the angle you are aiming at. Green means there is a very high chance, but it is not 100 percent guaranteed.