Menu
Play now
Welcome to the fifth issue of the Developer Digest. We have prepared a summary of information for you directly from the developers and producers and from their answers on the forums so you do not miss any crucial new piece of information.

Regarding the need to change the resolution to certain values properly without having to edit the INI file:

In the next major content update, you will be able to change your resolution in-game to the 1280x1024 resolution without having to go through the INI. We are also addressing the bug with not being able to keep AA disabled between launches. Sorry about the issue.

Regarding the game crashing when trying to change the graphics settings:

This issue with the graphics setting will be fixed in the next major content update. Sorry about the hassle in the meantime. 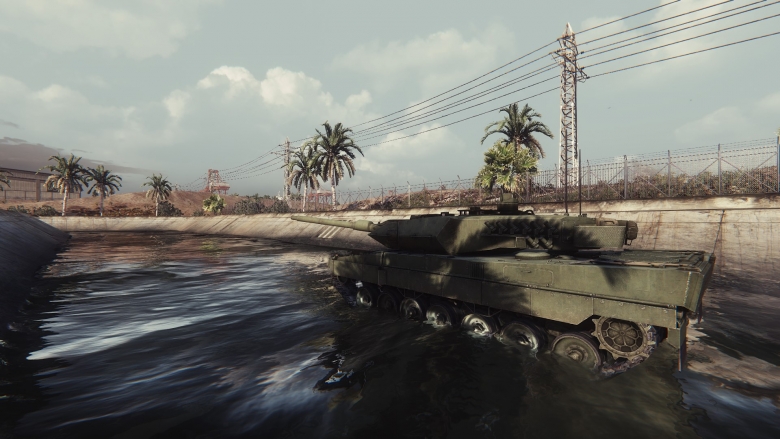 Regarding the wrong collision models of certain environmental objects (buildings) on maps:

We are working on fixing these as they are identified. It is not the intent that static props block your shot beyond the model of the prop.

Regarding the crashes caused by the “libcef.dll” file

In the next patch, we are going to be adding a crash reporting system. Hopefully, it will let you send us information as the crash happens so that we will be able to better diagnose what is happening in your case. The .dll in question has to do with the embedded web browser (Chromium) that is used for bringing up things like the customer support web page. For 99% of people that seems to work fine, but in rare cases it doesn't seem to be working at all.

Regarding the upcoming changes to PvE rewards:

Basically, with the changes we recently made, the bonus to rewards is the most noticeable at high tiers (due to match tier multipliers going up) and on matches where you have very high performance (since we increased the values for dealing damage, spotting, etc.) An "average" match isn't going to reward much more than an "average" match did pre-patch, especially at lower tiers - but exceptional matches and higher tier matches should have significantly increased rewards. 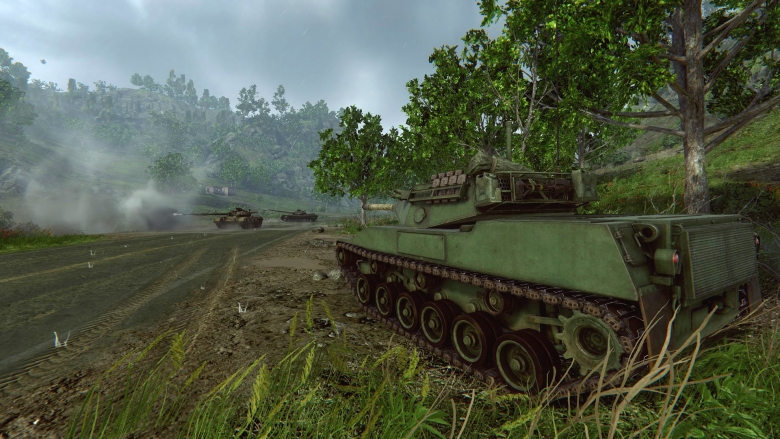 As you can see from the new 0.8 mission UI, we will also be adding daily mission rewards for PvE maps soon. These should be a cool new way to get additional rewards for PvE. We'll have more details on that new system soon. The mission completion rewards should actually make up a big chunk of your total reward value. It's a baseline of 2800 credits, which after you multiply by the match tier bonus and your difficulty bonus should be pretty significant. 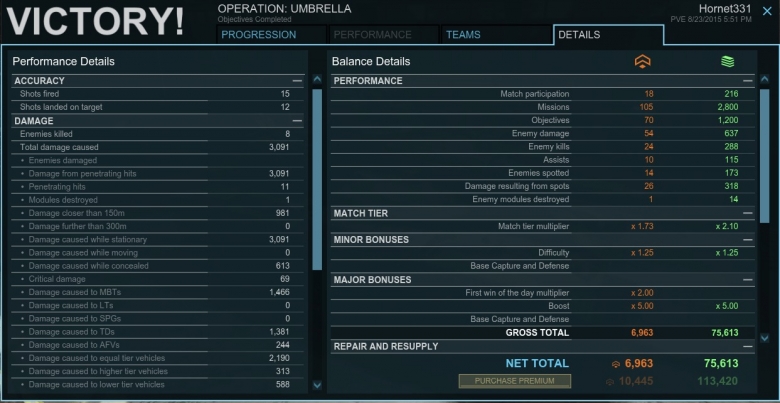 Looking at one of the examples posted by Hornet331 above, for example, the baseline rewards were 216 (playing match) + 2800 (mission completion) + 1200 (secondary mission) + 637 (damage) + 288 (kills) + 115 (assists) + 173 (spotting) + 318 (spotting damage) + 14 (modules). That's a total of 5761 before the difficulty and match tier multipliers. The mission completion reward itself is almost half of that - about 48%. The secondary mission is about another 20% of it. So, for that particular match, completing the missions was about 68% of the total reward. This percentage is going to vary from match-to-match, of course, based on how much damage you deal and all that stuff.

In terms of why the overall rewards feel so low compared to PvP, our PvE rewards are balanced around the expected net rewards from PvP, since PvP has repair and ammo costs. Because the PTR has a 5x multiplier to gross rewards, the costs of ammo and repairs are negligible, which means PvP gets a much bigger benefit.

To give you a simplistic example, let's say that PvP rewards are normally 400 and PvP repair and ammo costs are normally 300. This gives us a "net" reward of 100. Let's say PvE rewards on Medium are set to have a gross value of 100 to be the same average earnings as PvP. 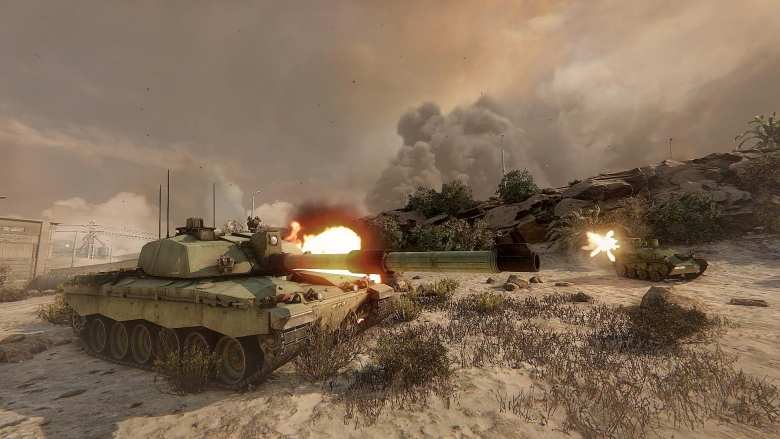 PvP rewards also have a much higher "swing" from performance - since a huge percentage of PvE rewards come from PvE completion, that means PvE rewards will trend toward the average, whereas PvP rewards are much more reliant on player performance.

When we get our daily missions system into place, we believe that will offer a way for PvE players a great way to earn additional rewards without making PvP feel undesirable. Hopefully we'll see the results we're looking for, but if not, we're always willing to keep making more changes until the game feels good. If you die early on in PvE, your rewards for objectives are decreased based on the % of the match you survived. This is to prevent Leeroy Jenkins kind of behavior.

Note that you still get 100% of the reward for your damage, kills, and other contributions - we just cut down your objective/mission rewards. The post-match screen will be updated to display this more clearly soon, and hopefully it will encourage players to try to survive matches once it's clearer how this works. We're aware that this current can create conditions where it's "better" for a player with low health to try to hide rather than continuing to contribute, so we're looking at ways for injured players to get back into the action. No firm details on that yet, but we've talked about a lot of options (e.g. repair bays on the maps, PvE-only repair kits that restore hit points, etc.) 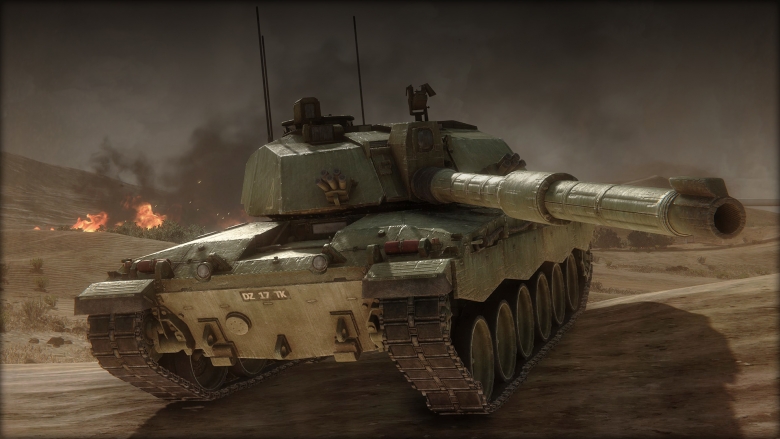 Similarly, we're looking at better measures for cutting rewards for AFK players to prevent people from just sitting at the starting point AFK to collect rewards. We also recently boosted up the rewards for things like dealing damage and spotting, which should help this problem to some extent, but we definitely have longer-term improvements we're working on as well.

Regarding the comparison between PvE and PvP and the reward difference between them:

It's not that we're worried about high PvE rewards killing PvP or anything. It's that we don't want a situation where the rewards for either mode are so far superior that the high-end players feel obligated to play one mode or another in order to remain competitive.

Right now, the rewards for PvE definitely need some improvements, and we're actively working on that. If we push the PvE rewards too far too fast, though, we do risk making it so that min/maxing players will feel like they "must" play PvE, which is undesirable. 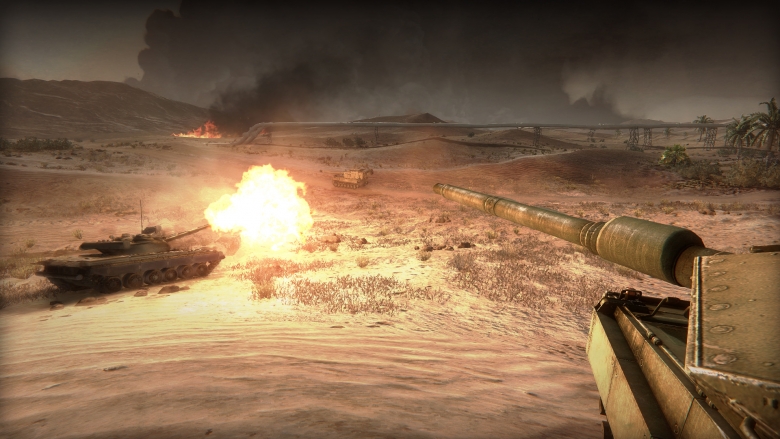 There are also a number of factors that make comparing PvE and PvP rewards difficult, which lead to a perception that PvE rewards are lower (by comparison) than they actually are. The 5x multiplier to gross rewards is probably the biggest one, as I explained earlier, but there are also other factors. For example, it's easier to get a high win % in PvE, and that win % is likely to grow over time as players get used to maps. For example, if average PvE players have a win rate of 80% on Medium, and average players have a win rate of about ~50% in PvP, the win rewards in PvE have to be somewhat lower to compensate for the difference in win rate.

Similarly, if the average time to complete a PvE match is shorter than the time to complete a PvP match, rewards have to factor that in as well. So, while the perception might be that PvE rewards are 1/3-1/5 the value of PvP or whatnot, that's not what the statistics are actually showing in our telemetry in terms of average rewards per minute when the 5x multipliers are taken out of the equation.

We're balancing around PvE (Medium/Hard) and PvP having approximately the same gross rewards per minute. That's the primary design goal. There are lots of other design goals, however, including things like:

Some of these goals haven't been fully met yet, and we have other goals that aren't listed here. This is just to give you a general idea of some of the things we think about when designing rewards. Min/maxers aren't the main focus of our balance - but item #1 on that list is very important. There are plenty of people who will feel obligated to do something if it gives an obviously bigger reward, and we need to take that into account.

Regarding the idea to return the ammunition and repair costs to PvE and to buff the rewards accordingly:

We could turn the ammo and repair costs back on and try to buff the rewards, but that leads to other problems. PvE has more enemies per player, which means each player is likely to use more ammunition per match. This means ammo costs would be more punitive in PvE if players get similar rewards and costs. The other problem is that mission completion is the main way to earn rewards. Between these factors, we'd end up with people who try to fight normally losing money due to ammo costs, but players who go straight to the objective and try to speed cap making huge rewards per minute. That's not a desirable outcome. 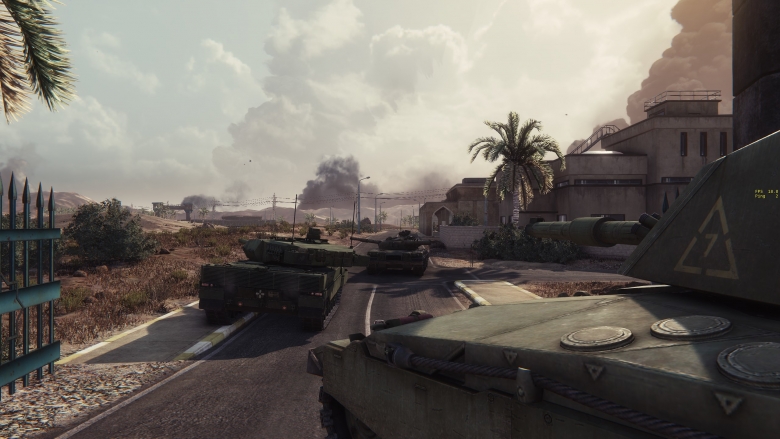 Regarding the idea to introduce minimum required amount of damage or spotting to PvE missions so that rushers (players committing suicide to quickly go to another match in order to maximize their profit per minute) would not be rewarded for such behavior:

We've talked about doing that type of thing, but there's already an anti-kamikaze mechanic in place. This isn't currently clearly displayed to the player, so we'll probably get more feedback on if it's sufficient on its own once we get it clearly indicated in the UI. We're also aware this mechanic could discourage low HP players from continuing to fight and we're looking at ways to address that, such as potentially allowing players to have a way to repair themselves mid-battle in PvE (like a Healing over Time from repair kits, for example).

Yeah, we definitely plan to update the post-match reward screen to make this clearer.

Regarding the idea to introduce ARV “healer tanks”:

ARVs are a cool idea, but probably a much longer-term style of solution.