The Rise of the Dragon Battle Path draws close and we have one last update for you regarding its vehicles.

The ZTL-11 Tank Destroyer is receiving a new weapon – a 125mm smoothbore cannon that will be firing Tier 10 Chinese shells (including the dreaded HEAT round).

The game reason is simple – our testing and your feedback showed that the firepower of the original gun just wasn’t cutting it on Tier 9 and, at the same time, reducing this vehicle’s Tier was not really an option. That is why we decided to upgrade its firepower with a slower-firing weapon, giving you a choice in the process (the 105mm gun will remain a better choice for PvE due to its higher damage per minute value).

But is this change realistic – as in, based on real-life? Could it work?

After the need to upgrade ZTL’s firepower was discovered, we’ve held long discussions regarding the boundaries of realism. One argument was that since we have a completely fake tank in the Battle Path already, we might as well give the ZTL an MBT-class 125mm gun. This argument was also supported by the fact that realism ranked fairly low as a requirement in the recent Armored Warfare player poll.

The other argument emphasized previous community feedback regarding the topic of realism and claimed we shouldn’t recklessly abandon it. After all – if one tank can have an unrealistic gun, why wouldn’t players be able to demand unrealistic guns for other underperforming tanks? We don’t really want to open that can of worms, at least not fully. 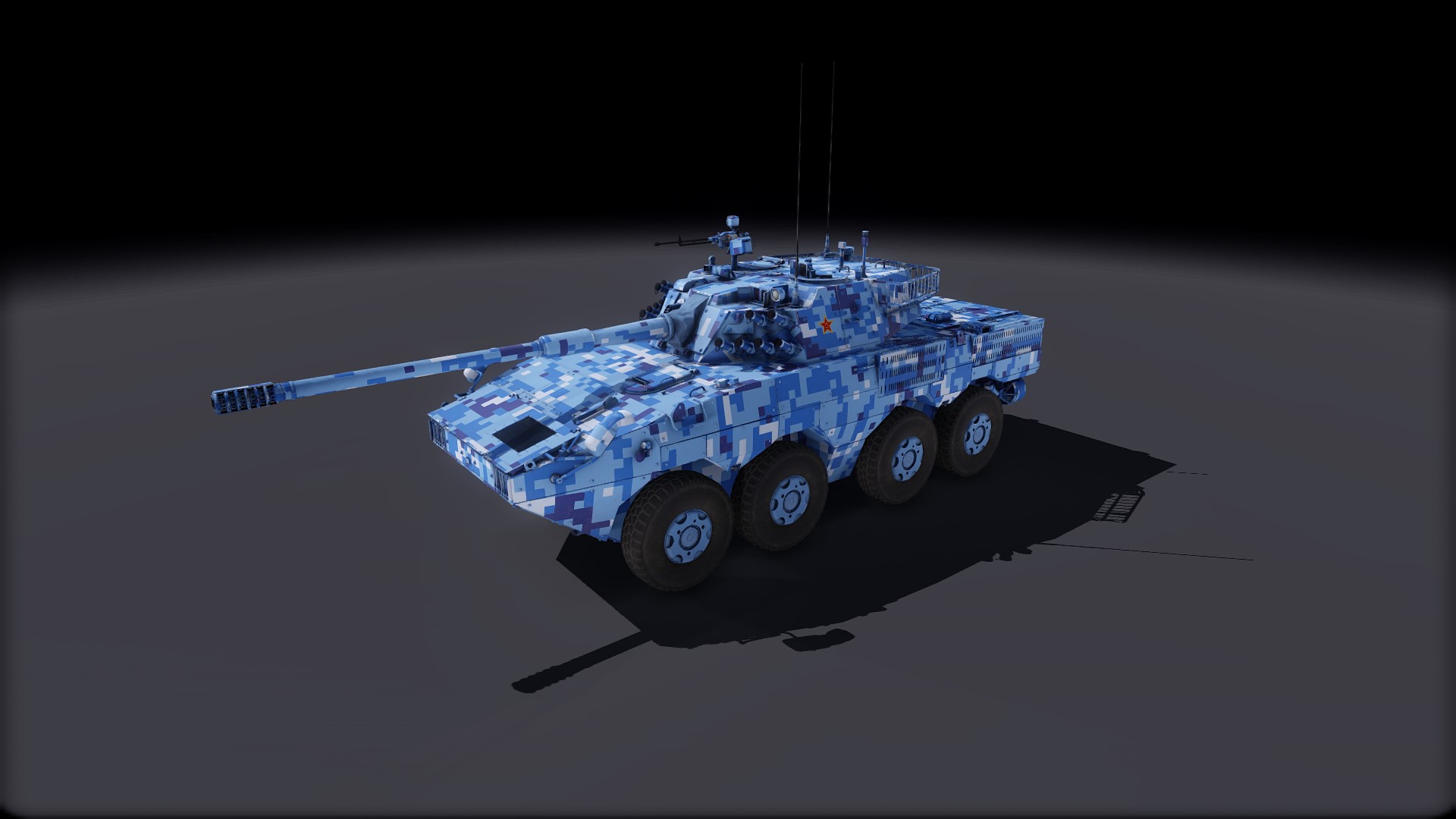 In the end, a compromise was reached. First, we established that having a 125mm smoothbore gun on a wheeled chassis was possible. Here, a Russian project called Sprut-K served as an inspiration. The Sprut-K was a wheeled version of the Sprut-SD 125mm self-propelled gun. Instead of using a modified Object 934 chassis, it would use a modified wheeled BTR-90 chassis. In other words, using a 125mm gun on a wheeled chassis is possible providing some measures are taken.

That is why we based our 125mm gun on the Sprut one and fitted it with a massive muzzle brake of the Russian pattern used in the 1990s on Object 187 (which is something the Chinese could have received a license for). And that’s what will be available as an alternative to the 105mm gun.

Unfortunately, we haven’t finished the new gun’s model yet so for the time being, you might see it with the old one. This is, however, only temporary as we will fix the model in the near future.

We hope that you’ll enjoy the vehicle more with this change and, as always:

In Development: Rise of the Dragon Path