The final vehicle that was previewed some time ago is the Type 99B Tier 10 Premium Main Battle Tank and we’re happy to announce that this, too, is coming in the near future. 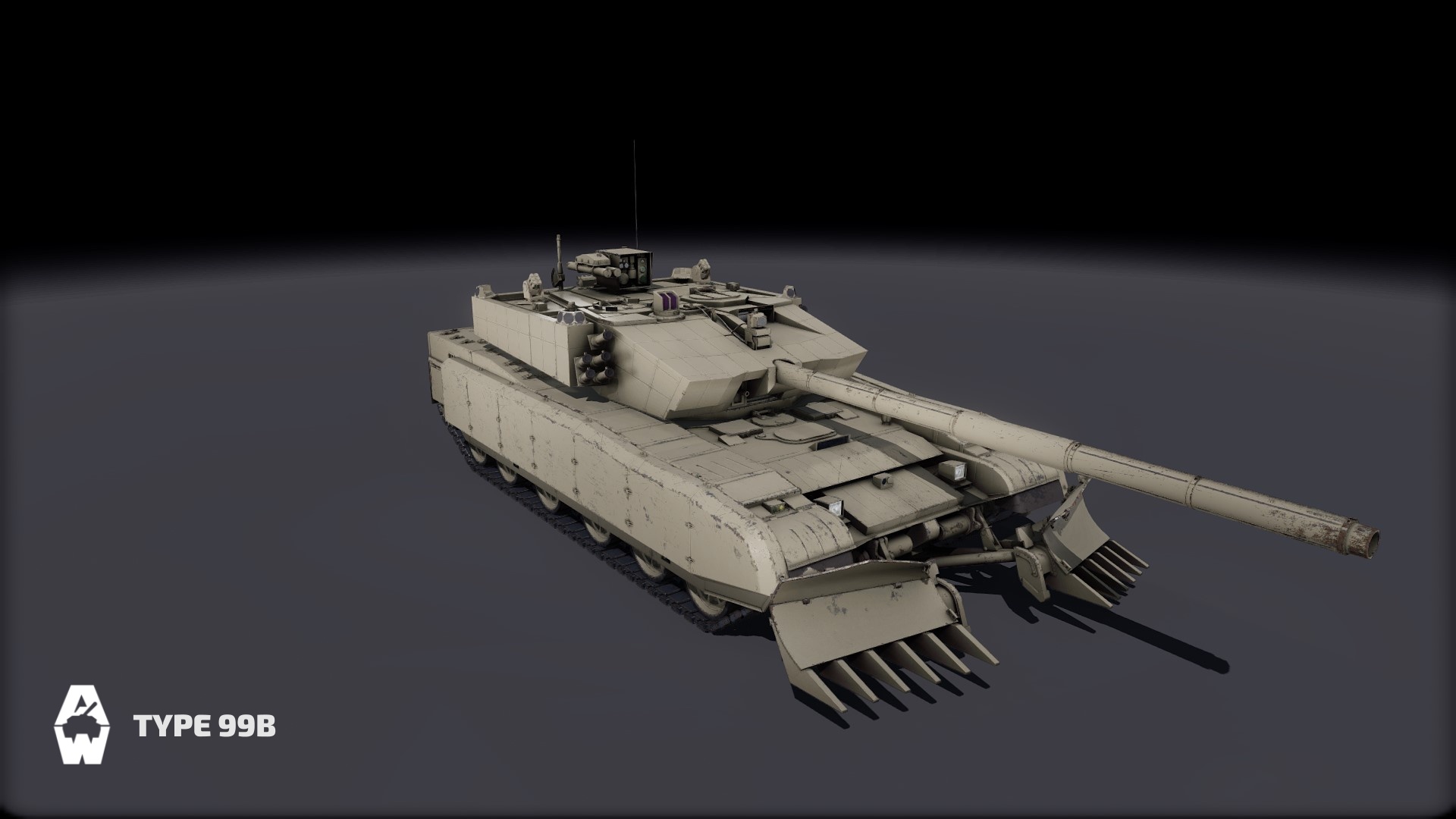 Unlike the Namer, there wasn’t any huge problem with the Type 99B – it just sort of “tagged along” with the delays of other vehicle and we only got to its testing after the launch of the Rise of the Dragon Battle Path.

With that being said, we made some changes to this vehicle as well. For one, we’ve reduced the tank’s mobility – previously, it was basically the same as that of the Type 99A2 MBT, which was a bit too much the tank also gets extra armor, a dozer blade and guided missiles. The mobility (especially the hull traverse parameter) was therefore reduced:

We’ve also slowed down the ATGM reload and increased the switch time between weapons.

Furthermore, compared to the original concept of the vehicle, we’ve moved the ammo rack back to the hull. It’s not as vulnerable as that of the other Type 99A (which still requires a fix). We’ve also adjusted the tank’s armor to match its Tier and concept.

There are a few smaller issues to be ironed out but overall the tank is ready to be deployed in the near future. We hope you will enjoy it and, as always:

Learn more about this upcoming British Premium MBT, available as a part of future Contract Missions