One of the hottest topics of the past days and weeks has been the Tier 1 to 6 rebalance and today, we’d like to tell you more about as well as explain ourselves regarding some of our actions and design choices. 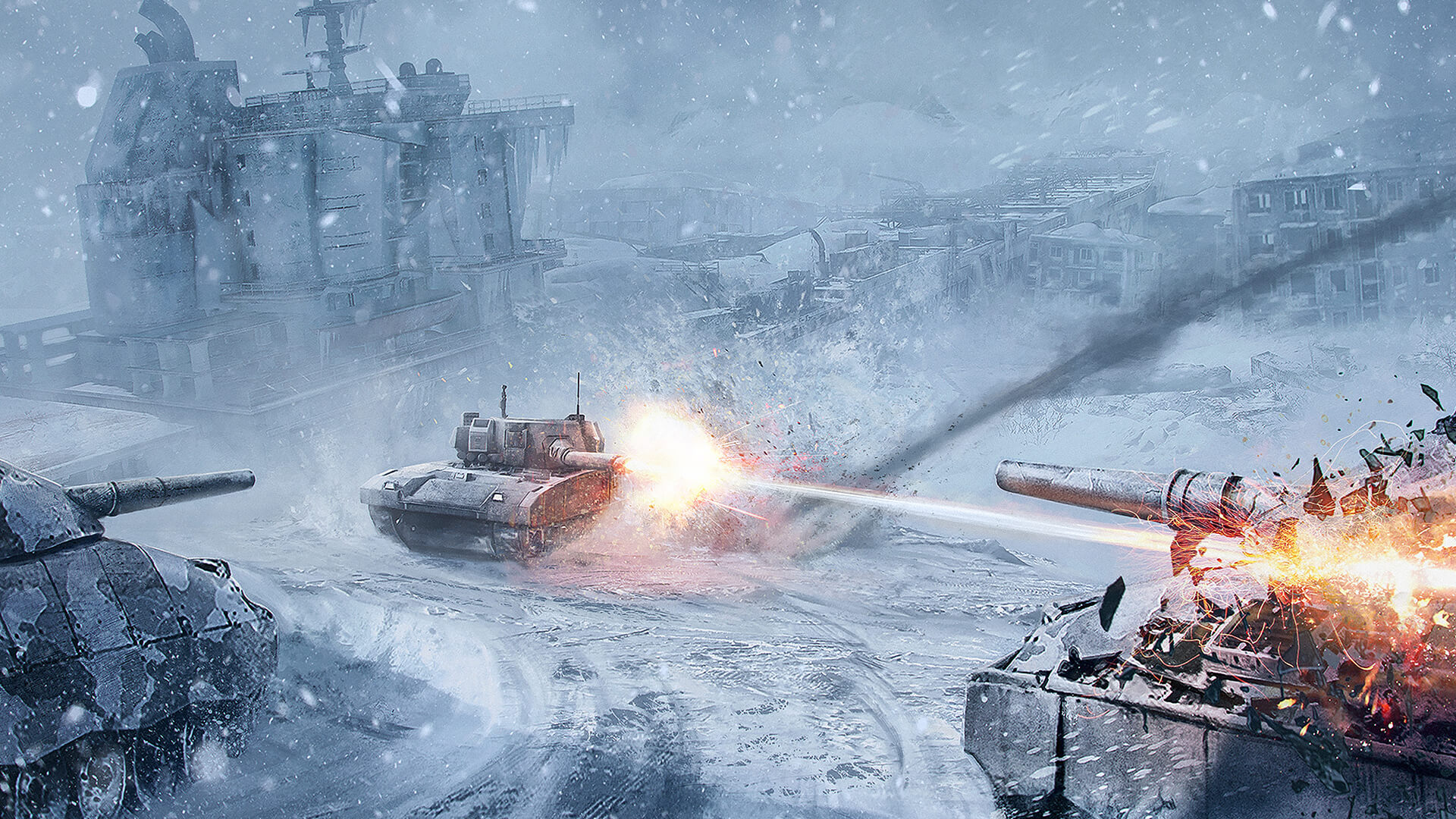 The Tier 1 to 6 set of changes follows the same rules and subscribes to the same philosophy as the previous high-Tier adjustments. There were issues in the earlier game balance that we specifically wanted to address. These issues included:

The first issue seems obvious enough, but the second one might not be. The armor models of Armored Warfare were – or are – quite complex. This led to a large number of situations where the penetration indicator, which works like a beam, would target one small polygon where penetration was possible, but the actual shell would hit somewhere else – a different polygon with a different thickness that would bounce the shell off. In other words, you saw the green reticle, fired and the shell would bounce off. To address this issue, we simplified the armor model significantly – this is the “weird armor” you’ve been seeing in the Armor Inspector, but we’ll say more about that below.

We’ve been working on this concept for a very long time and somewhere along the line, we realized there were compromises we’d have to make.

One of the most important compromises was that of “realism”. There are other tank games on the market that either claim realism, or have at least started that way. From them arose a certain set of paradigms that apply to you as our community even though there’s no particular reason to do so save for legacy perceptions. A few examples include:

And so on. We are aware that breaking such informal “rules” feels “wrong” to the community, even though, from our perspective, there’s no particular reason to adhere to them. We broke them already on higher Tiers, although there it wasn’t that visible – nobody knows how effective the depleted Uranium kit of an Abrams is (and for the record, please don’t leak any military documents to tell us).

Our concern is that of gameplay – the game has to be fun first and foremost, and any notions of realism come as a bonus. After all – realism? One of our most successful skins makes your tank look like half-ghost and half-octopus. In other words, we decided to ditch pretty much all realistic armor values and adhere to what we feel is the best for gameplay.

That’s not to say this all went without problems. There are issues that we still definitely need to address (the total firepower dominance of the M51 being a good example) but overall, the update went roughly as intended. However, ever since the launch, we’ve been bombarded with questions and today, we’d like to answer the most popular ones.

Why do all MBTs have the same armor layout?

This is a tough one because we knew this wouldn’t be popular with a certain group of players. The basic idea was this – statistically, typical gameplay against MBTs were two vehicles facing each other while standing and moving their guns left and right, up and down, searching for a “green” weakspot. Whoever finds one first, typically wins.

Our goal was to shift the gameplay focus from weakspot searching to:

To do that, we had to come up with an overall armor concept that would fit the following requirements:

Furthermore, we wanted to make all standard shell types viable in various situations. In the new meta gameplay, shell switching is important, which is why we gave the ability to switch shell types to pretty much all vehicles. As for the specific shell types:

We also wanted to underline the differences between various classes. The result is the model you can see in the game right now. Yes, all MBTs have their lower frontal plates turned into weakspots, which is not historically accurate, but supports our vision of intended gameplay.

Why does the Leopard 1 MBT have so thick armor (and why are there other strange armor layouts)?

Yes, we do know the Chieftain armor doesn’t look that way on the inside, or that it’s missing its pike nose. We also know the Leopard armor looks differently. All these changes were designed to make armor performance more predictable and for all MBTs to adhere to the gameplay changes described above. We tried to preserve at least the general MBT styles – as such, the Leopard is the least armored of other MBTs of its Tier.

With that being said, there are some armor layouts that perhaps do not have the intended values. We are looking into them right now.

What about the autocannons?

As also stated above, we wanted to protect the MBT class from long-range autocannon fire. Unfortunately, in the process, we discovered that autocannon vehicles can no longer engage MBTs effectively, even at close distances. We are working at the moment to fix this.

Why does the same shell have a higher penetration or damage on Tier 1-6 than it does on Tier 7-10?

In short, this is a bug. It came to be since the Tier 7 to 10 rebalance process was for all intents and purposes separate from the Tier 1 to 6 one, which, as you know, came later. During the latter’s implementation, there was some friction between the two and we will fix any such inconsistencies as soon as possible.

Why did the Type 62 become an MBT?

Because we needed one more MBT on Tier 1 and of all the existing vehicles, the Type 62 LT was the best candidate since it kind of is a mini-Type 59. Now, you might be asking, why didn’t we just replace it with the Type 59? The answer is, that would create more issues than it was worth. We’d have to either completely replace the Type 62 (removing it from the game), or we’d be left with another legacy vehicle (like the PT-76) that serves no practical purpose, nobody would play it (as nobody plays the PT-76) but would represent more “dead weight” in a time when the costs of game development are at an all-time high.

On the other hand, we do recognize that the Type 62 has a completely wrong model anyway, but we need that MBT on Tier 1 for player acquisition reasons, so would you rather have us replace it with the Type 59? Let us know.

The same really goes for Rooikat 76. It’s a fire support vehicle, which typically translates into a Tank Destroyer in our game. That’s why we changed its class.

Let’s get real. We do hear your feedback and recognize some things didn’t go as intended. There are bugs that we are still working on – 120mm AMX-40 low damage, insane damage output of the M-51, some Tier 1-6 tanks having more armor than a Tier 10 MBT. We’ll get them fixed in the near future.

And yes, this article should have been rolled out earlier. For all that, we apologize. Right now, the best thing we can do is pay attention to the lessons we’ve learned in the future features we are working on right now, such as the autocannon overhaul or in making armor more diverse.

We hope that you’ll stay with us and, as always:

Learn more about Update 0.37 and the features that are coming to Armored Warfare this autumn

Learn more about the next Contract Mission reward vehicle that is coming in Update 0.37