Some time ago, during the overhaul of the APS mechanics as a whole, we mentioned a concept that afterwards did not make it to that update – manually activated Active Protection System. We haven’t forgotten it though and in the Spirithaven season, it will be introduced under the name of Supercharged APS.

Both systems will work like an Active Ability that you’ll be able to select from the Active Ability menu. What that means is, you’ll have to make a choice – either you select the Supercharged APS ability, or something else (for example Mechanized Infantry in some cases).

However, please note that the passive APS (the way it is now) will work the same way as it does now and will only deactivate for the duration of the Supercharged APS activation. 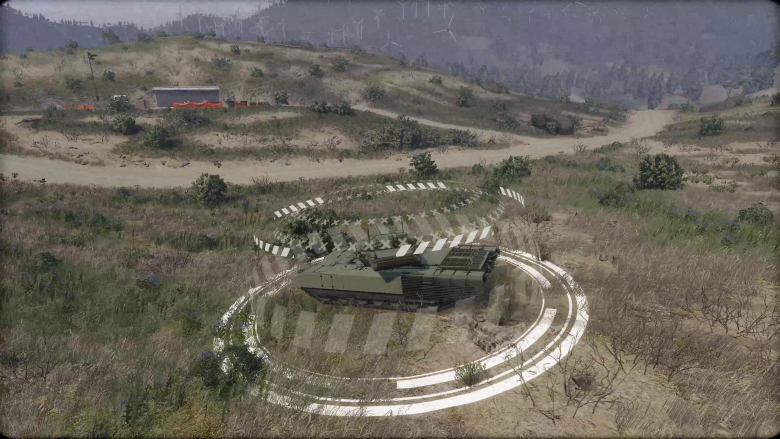 Supercharged Hard-Kill APS creates a zone around the vehicle that will intercept almost every projectile (up to one per half a second or so) with the exception of autocannon rounds (the threshold is the caliber of 100mm – anything of the same caliber or above will be intercepted). The duration of this ability is short and the cooldown is long but for a certain time, the vehicle will become practically invulnerable when it comes to shooting damage (ramming and falling will still deal damage of course). Think of it as a shield that protects you from enemy fire. The downside is that it will only be available to several tanks:

It’s worth noting that each discharge during the operation of this mode will consume one standard passive hard-kill APS charge.

Supercharged Soft-kill APS also works like an activated shield, but only against guided missiles and, contrary to the hard-kill APS variant, instead of being destroyed outright, any guided missile entering the protected area will be deflected elsewhere. Also unlike the supercharged Hard-Kill APS, this mechanic will do nothing against kinetic shells. On the bright side, this ability will appear on lower Tiers, for example on the T-90A MBT (Shtora system) and will not be limited by charges. While the Supercharged mode is not active, the passive APS works as usual.

We hope that you will enjoy this new mechanic and, as always: