Ready? Alright then, let’s take a look at the second part of the entire ATGM balance equation – the changes that are coming to the smoke and APS mechanisms. 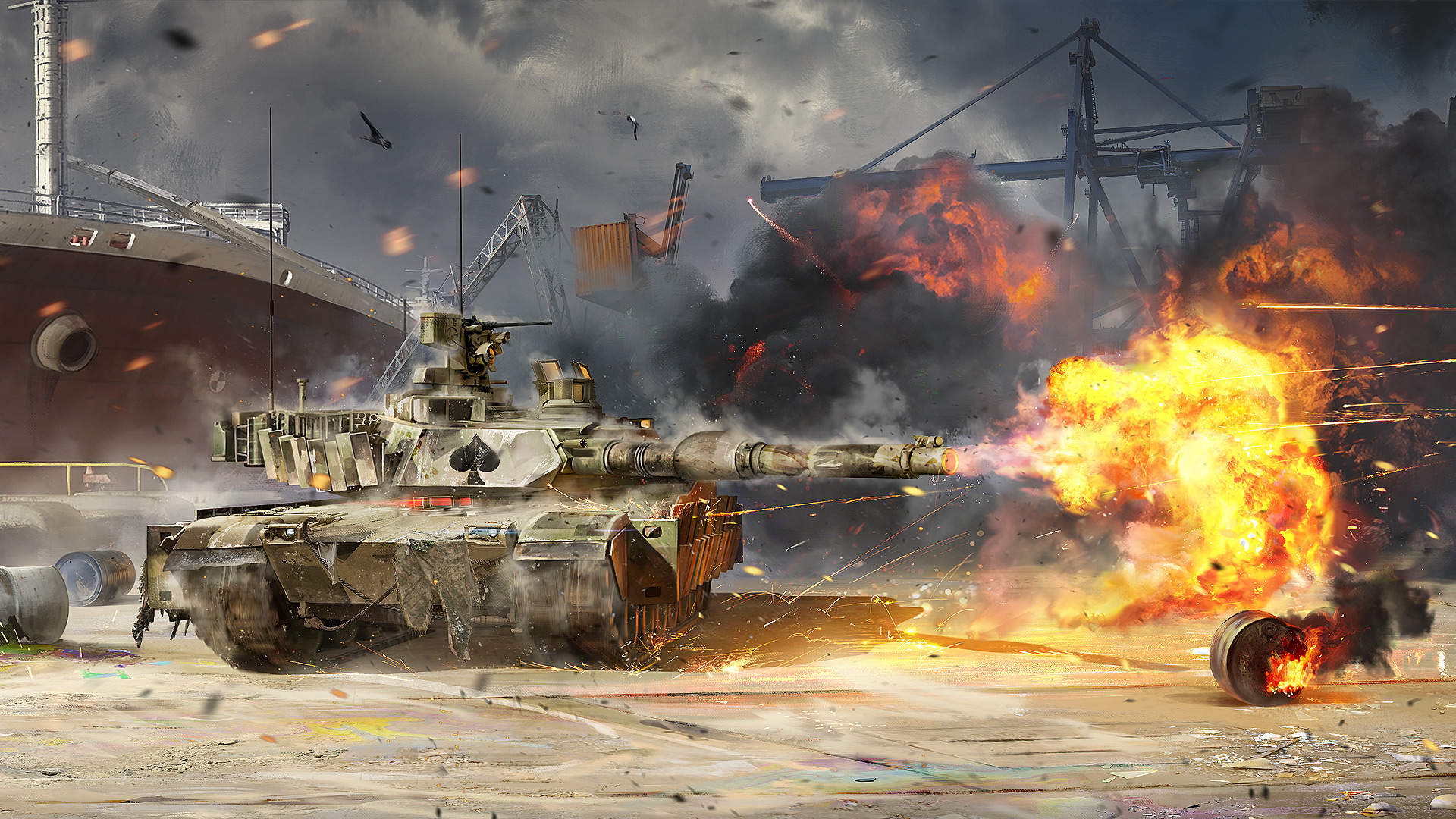 In the previous part, we mentioned some of the changes that are coming as a result of the underperformance of ATGM vehicles, which in turn is a result of the previous APS mechanics buff as well as some other factors. Based on your PTS feedback, we decided to proceed with the changes we had planned, albeit with some reductions. For example, the ability of the Kornet-EM and the T-15 to fire two missiles at once will be put on a longer cooldown and the overall damage buff to ATGMs will be reduced from roughly 30 percent to 18 percent.

This is, however, not everything that we are planning to adjust the ATGM situation. We will be making changes to the smoke mechanism and the APS as well in order to provide the affected vehicles with some extra protection.

Regarding the smoke mechanism – we will be modifying the way the ATGMs in flight interact with smoke.

The way it works now, if a smoke screen is deployed between a missile and the target, the missile will lose its tracking of the target (it will act as if the launcher was aiming at a “wall” that is the smoke screen). This ability will work on fire and forget missiles as well – once encountering a smoke screen, they will lose their automatic guidance ability.

Starting from Update 0.28, the smoke will also work as a soft-kill APS. Upon entering it (or, specifically, if a cloud of smoke appears between the launching vehicle and the missile), the missile will lose guidance and will gain a permanent extra missile noise (loss of control), which in turn means that it will likely veer off course. Additionally, this smoke missile noise will stack with the one caused by a soft-kill APS, making it very likely for vehicles equipped with such APS and deploying smoke at the same time to avoid any ATGM damage altogether. Your own smoke will, of course, not trigger this effect.

Secondly, we will be adjusting some existing APS mechanics, specifically soft-kill APS. As such, we will be somewhat reducing their maximum operating range by roughly 25-40 percent in order to bring them to 300-350 meter range.

On the other hand, we’ve evaluated the general effect the hard-kill APS mechanics have on current ATGM gameplay and have reached the conclusion that apart from the special Armata and Merkava APS that are able to shoot down kinetic shells, hard-kill APS as a whole do not affect the gameplay nearly as much as players imagine. The abovementioned systems are the main culprits of the reputation the hard-kill APS seem to currently enjoy and we will be looking at them separately.

We hope that you will enjoy the changes and will see you on the battlefield!