In Armored Warfare, each gun in the game is capable of firing more than one of three shell categories currently used:

Unlocking a vehicle will almost always give you a choice between various shell types right away. Additional shell types can often be unlocked for the reputation you earn in battles. Each shell type behaves differently and is suitable for different situations. Each shell in the game has its own penetration value (known as the Armor Penetration Factor), used to determine the thickness of armor the shell can defeat. The penetration mechanism is slightly different for each type of shell and the purpose of this article is to show how the specifics of each different type of shell make it suitable for different situations.

Kinetic penetrators are the most common and widely used ammunition in Armored Warfare. These shells, named after the energy they use to destroy their targets, are essentially high velocity metal objects of various shapes from very simple bullets to arrows made of ultra-hard alloys. This type of shell is universal and in Armored Warfare it can be used against a wide range of targets from light tanks and AFVs to the heaviest tanks. While not as powerful in penetration and damage as the other types of shells, they can reliably defeat the composite armor that would render HEAT projectiles ineffective. 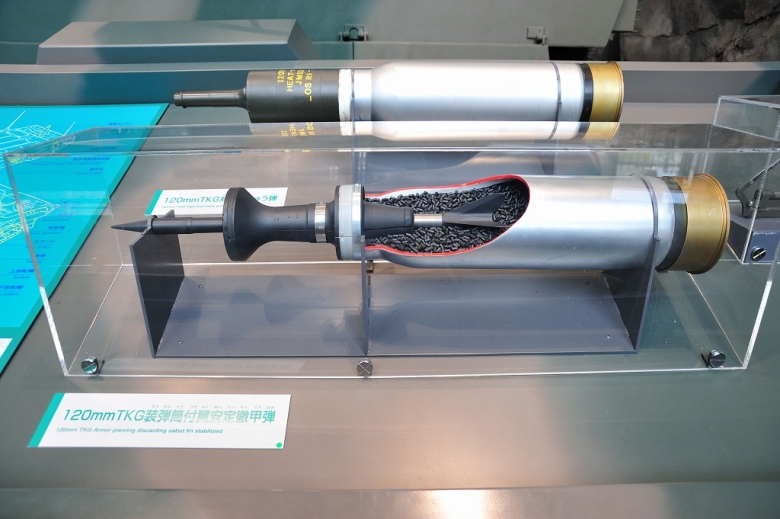 When such shells encounter vehicle armor, their penetration value, modified by a certain random factor, is compared to the effective armor thickness value of the vehicle (for kinetic penetrators, the impact angle is improved by 5 degrees, while other types of shells do not use this mechanism). If the penetration value is higher than the effective armor thickness, the shell penetrates, causing damage. Kinetic penetrators can pass through multiple layers of spaced armor, they will, however, only do damage if they penetrate the main armor of the vehicle. Each time the shell penetrates a layer of spaced armor, the penetration value is reduced by that layer’s thickness value until it reaches the main armor of the vehicle.

There are, however, two main disadvantages. First, kinetic shells lose a part of their penetration over distance. They also don’t do as much damage as the other two types. While they work reasonably well in most situations, there are cases where using a different type of shell might yield better results.

AP, APCR, APDS and APFSDS shells of various types all count as kinetic penetrators. A special subtype of kinetic penetrator shells are incendiary rounds, which have a higher chance of setting the engines of targeted vehicles on fire. While not as powerful in penetration and damage as the other types of shells, they can reliably defeat the composite armor that would render HEAT projectiles ineffective. On the other hand, while it is possible to penetrate lighter opponents with ease, other types of shells might be considerably more effective, depending on the situation.

First used in the Second World War, High Explosive Anti-Tank projectiles, also known as shaped charges, use a superhot stream of molten metal created by warhead detonation to punch through most armor types. The main advantage of this type of projectile is that it does not rely on kinetic energy to create its destructive effect and thus can be fired by a variety of low-power guns as well as infantry launchers. Additionally, these shells do not lose their penetration over distance, generally have very high penetration values and do significantly more damage than kinetic penetrators.

However, with significant advantages come significant drawbacks. HEAT shells, generally, fly slower than their kinetic counterparts and once detonated on any surface the molten jet loses its penetrating capabilities very fast, making any spaced armor very effective against shaped charges: by the time the jet reaches the main armor of the vehicle from the point of detonation, most of its penetrating ability has already gone. Furthermore, there are certain types of armor that provide increased protection against this type of shell or negate them completely – advanced battle tanks with composite armor are resistant to most HEAT projectiles and installing explosive reactive armor on your vehicle provides solid protection against all but the most advanced HEAT projectiles.

Therefore, it is best to use these shells either against targets without any spaced armor or additional protection modules such as explosive reactive armor, or against lightly armored targets, whose armor has no hope of stopping such a shell.

There are two main HEAT projectile categories – HEAT tank shells and guided missiles, both working on the shaped charge principle.

If used carefully, HEAT shells in Armored Warfare are very powerful, if somewhat unpredictable. There is a special subtype of HEAT warheads as well, called “tandem warheads” – these missiles are specifically designed to reduce the explosive reactive armor effect, reducing the protection your tank’s ERA offers.

In their most rudimentary form, high explosive shells are containers filled with explosives, designed to destroy enemy manpower and soft targets by the force of the explosion and by a hailstorm of shrapnel. This explosive power makes them capable of not only dealing a tremendous amount of damage, but also of actually damaging targets within a certain blast radius from the point of impact – in fact, the damage done by HE shells is the highest of all three types. It also means that multiple modules of one vehicle can easily be damaged by a high explosive shell blast. 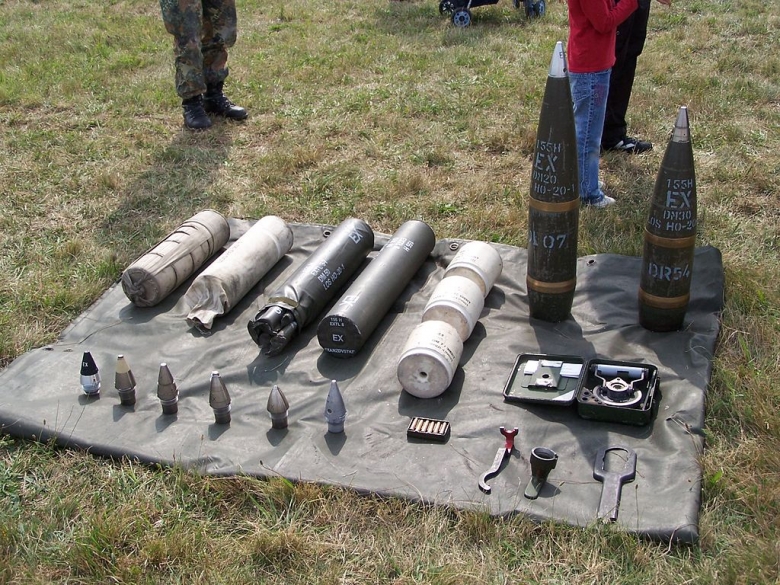 This power, however, is balanced by poor penetration – of all the shell types, high explosive shell penetration is by far the lowest, making them fully effective only against targets with very thin armor such as AFVs – other targets with thick armor reduce their effectiveness significantly, even though vehicles hit by HE shells still typically receive some damage.

In Armored Warfare, a HE shell creates a blast sphere upon impact. The damage done by the blast is reduced by the distance from the blast center – the further an object is from the impact point, the less damage will it receive. The low penetration value of these shells usually prevents targets from receiving massive damage from full penetration – on the other hand, penetrating HE hits are extremely damaging and generate spall effects – shards of armor flying inside the vehicle, damaging or destroying internal modules and injuring the crew within the shell’s blast radius.

High explosive shells are by their nature devastating if somewhat unpredictable and are best used against very lightly armored targets.

HESH (HEP) shells are a special subtype of HE shells. Unlike regular HE shells that do not create blast spheres within the vehicle when they do not penetrate, HESH shells do and can potentially destroy modules and injure crewmembers even in such cases, making them especially useful against thick-armored targets.

Read more about High Explosive shells in our dedicated article. 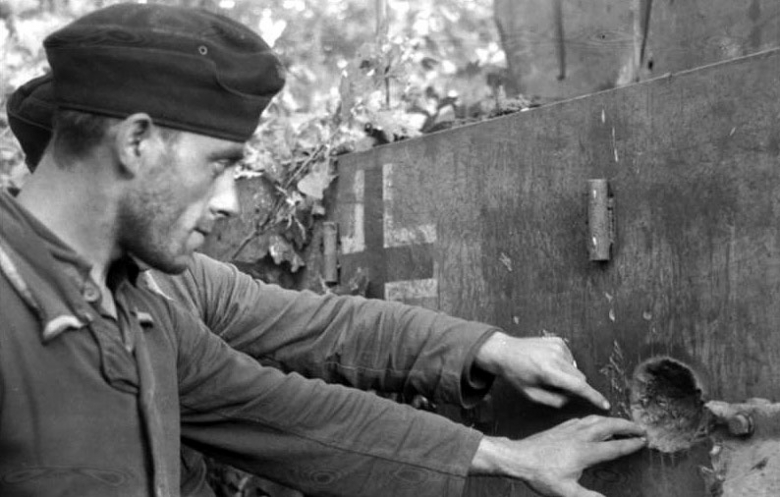 The penetration process looks as such step by step:

Only shells that penetrate main tank armor can cause damage (with the exception of HE shells), penetrating spaced armor or other types of external modules will not cause damage to the vehicle.