In the recent update, we’ve added a new mechanism for two programmable High-Explosive shells that are available in the game:

But before we explain those, let’s talk first about splash damage in general. As you know and as their name suggests, HE shells are full of explosives. Splash damage is the damage dealt not by the explosion itself or the shell’s impact, but by the blast wave generated when they explode. In this sense, you don’t have to hit precisely to damage your target. 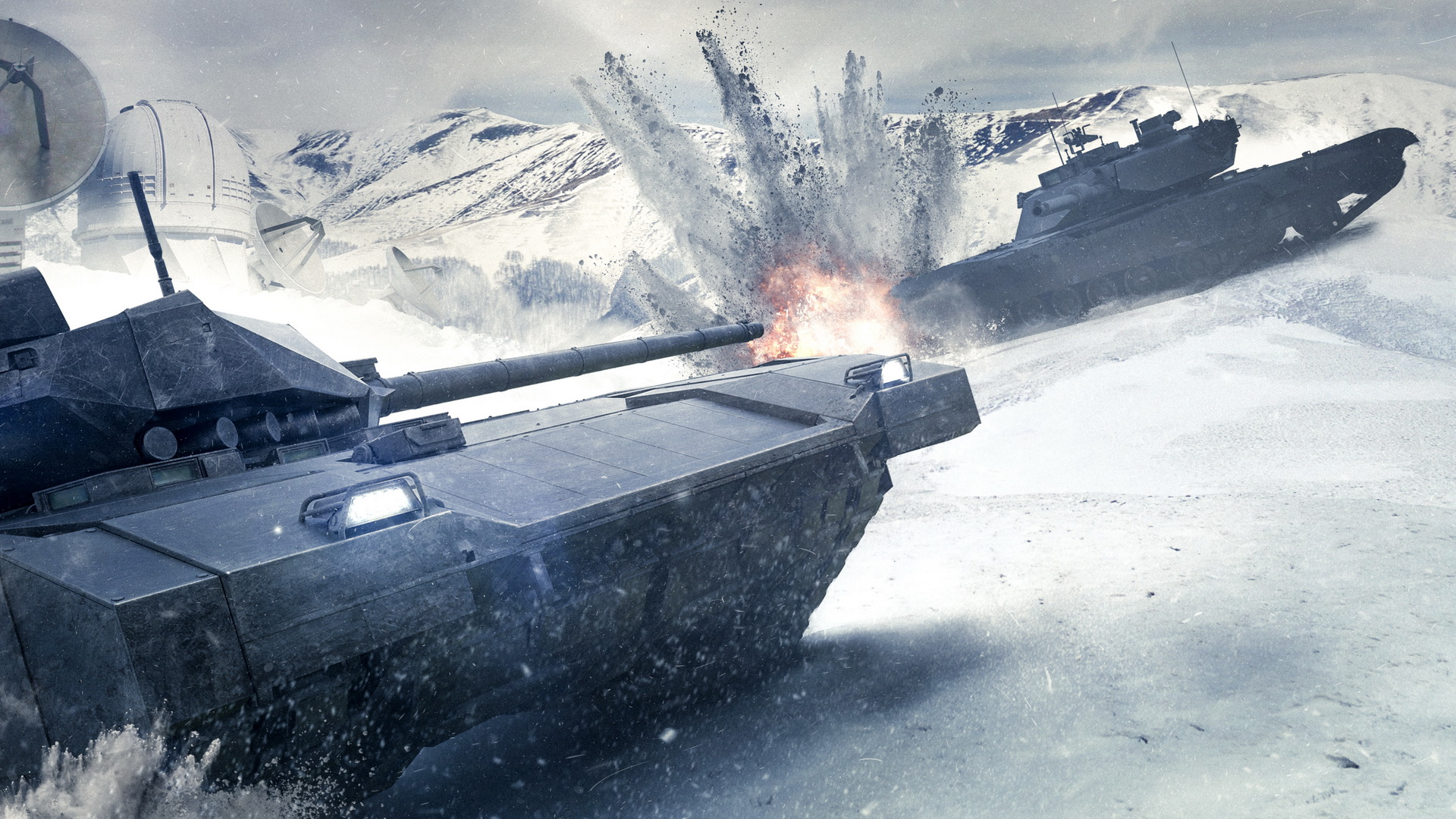 The thing is, the higher you climb up the Tier ladder, the better armored the vehicles generally get while the tank caliber remains largely the same (and, subsequently, the side of HE shells and their explosive filler). As a result, high-Tier HE shells rarely deal splash damage because even if the shockwave hits the tank, it encounters various types of extra armor such as spaced armor plating or ERA. This limits the use of this shell type.

We decided to increase the usefulness of certain HE shells and this is where programmable HE rounds come in.

When you fire the abovementioned rounds not directly at the target but slightly above it, they now explode automatically above the target’s roof as they pass it. Each HE shell has a certain armor splash damage threshold (listed in its characteristics) – if the armor encountered by the explosion shockwave is thinner, the shockwave will deal splash damage and the thing is, many (if not most) vehicles in the game have very thin roof that can be penetrated this way. Take a look:

In short, if an enemy is hiding his fragile hull behind some terrain and is only showing its frontally well-armored turret, you can prepare a rather nasty surprise for him using these shells. The turret is also typically packed with fragile modules, which means that you also have a good chance of damaging the enemy more than by just taking away a portion of his hitpoints.

Of course, this does not mean that these new shells are the answer to all battlefield situations:

However, this new mechanism gives you interesting new options if punishing stationary players is your thing.

Let us know what you think of the new mechanic on Discord and, as always: