My name is Kevin Lee and I'm the designer working on Lords of War, a new game mode that we will be introducing very soon. Lords of War will focus on season based comparative team play and pit teams against each other in battles for dominance by attaining the highest Win Streak.

This is a feature that will grow and evolve as we add new mechanics and make adjustments based on your feedback, but here is a breakdown of how Season 0 will be structured.

The objective of Lords of War is to attain the highest team Win Streak and earn Prestige by participating in battles within designated Conflict Zones. Each Conflict Zone is open for a set period of time, has its own map, objective, vehicle tier, and class composition requirements to provide a unique experience. For example, a Conflict Zone could specify that there can be no more than 2 vehicles of any class in the match. Diverse team compositions encourage the use of teamwork and strategy in order to acheive victory. 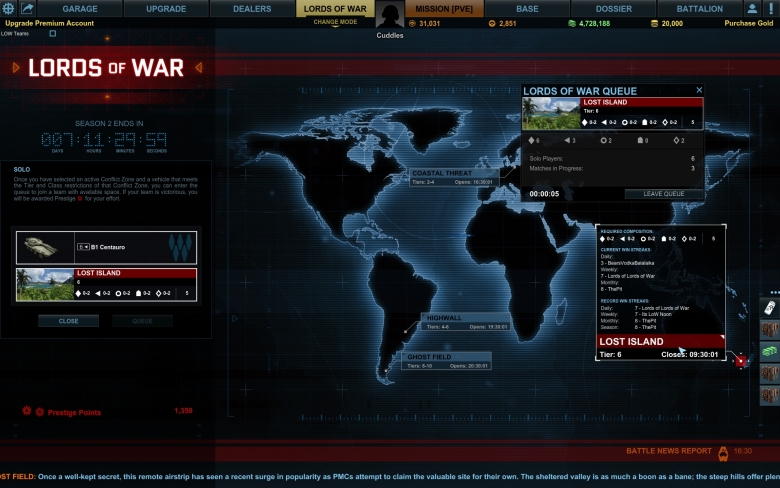 Lords of War uses a King of the Hill inspired mechanic, in which the best teams will rise to the top through the crucible of battle. When teams enter the queue, they will be placed in the lowest tier and matched against those who have a current Win Streak of zero. Those who are victorious move up to challenge teams with a similar win-streak, while those who felt the sting of defeat will stay at the bottom to try again. Each victory will move a team up, further distilling down the pool of teams to a more elite group of competitors ... but don't get too comfortable at the top. Once your team suffers a single loss, their Win Streak is reset to zero, they are dropped to the bottom and matched against other zero win-streak teams.

As a competitive game mode, teams are an essential component to Lords of War. Players can form a permanent team, but aren't limited to a single team; they can form or be a member of up to five different teams at a time. During a battle, each team is able to field a set number of players which will be tuned according to each region’s server population. However, additional players can be added to the team’s roster to ensure each team has enough players to fill a match should some not be available. 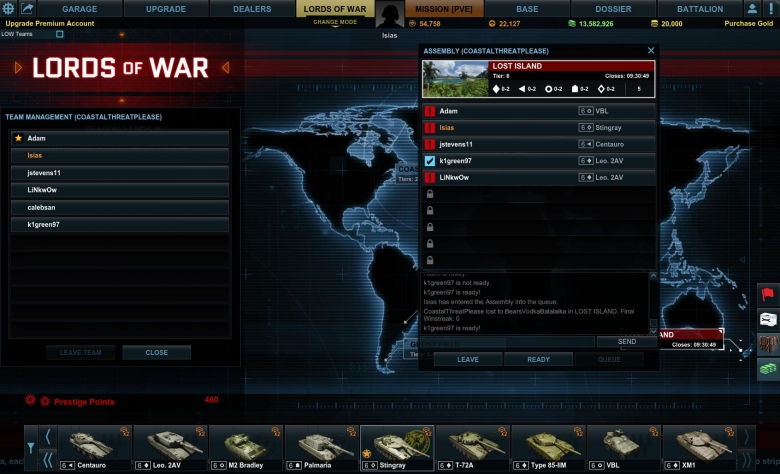 Players can also bring recognition and glory to their Battalion by creating a Lords of War team that is set as a Battalion team at the time of team creation. There is no limit to how many teams can be affiliated with a single battalion, and your battalion tag will proudly be displayed after your Lords of War team name. For example: Team Name [Battalion Tag]

While the emphasis is on coordinated team play, solo players will have the opportunity to participate in Lords of War as well. A solo queue option is available that will place solo players on existing permanent teams who are in the queue, but do not have enough players for a full team. If there are no permanent teams with open slots and there are enough solo players in the queue, then a team comprised of solo queue players will be formed and pitted against another team of solo queue players. 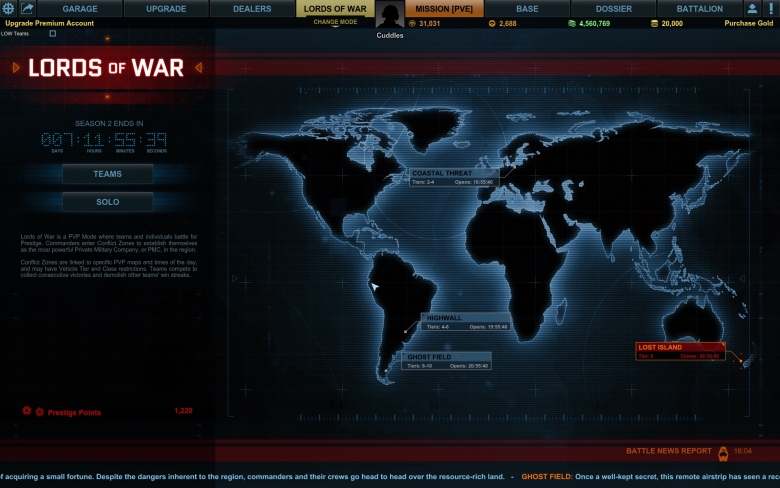 Note: Initially solo players will not be eligible to hold Win Streaks themselves.

Lords of War. What is it good for? Progression and rewards!

Lords of War will have a unique progression path in which players will advance by earning Prestige. Prestige is a cumulative value that is used to advance a players Lords of War ranking. Ranks are divided into 10 tiers each with 5 levels (steel, bronze, silver, gold and Platinum), so a player just starting out will be rank 10 steel. 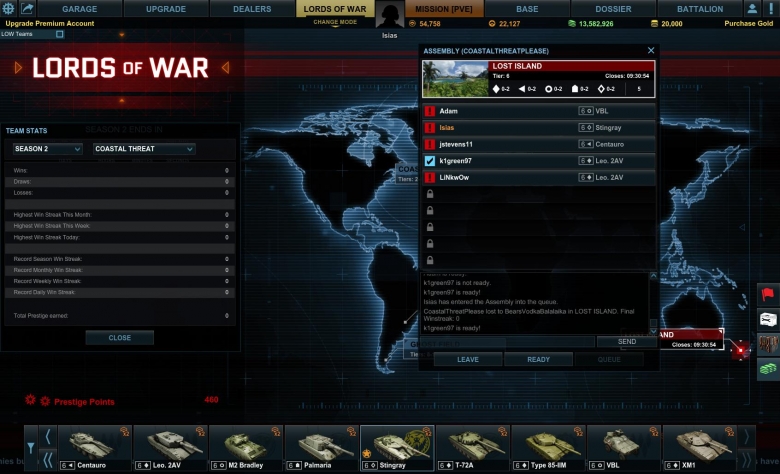 Prestige is earned by winning a match, performing well, achieving daily/weekly/monthly Win Streak bonuses and by breaking the Win Streaks of enemy teams. The Prestige rewards for victories grow larger as a team’s Win Streak increases and as your Prestige and rank increase, you gain access to more rewards (details about rewards are still to come).

Lords of War will be divided into seasons in which players and teams can battle to attain multiple accolades:

Win Streak records can be established daily, weekly, and monthly. At the start of every new season, all stats and streaks will be wiped to ensure every team has clean slate.

The Future of Lords of War

Season 0 marks the start of Lords of War, but over the course of each new season we plan on exploring new mechanics, features, and rewards based on your feedback. An open dialogue with the community is of the utmost importance to us; after all, we are making this game for you. After each season we will want to hear your feedback and share features and systems we plan on implementing. This feedback will help shape the future of LoW and we will continue to update the community on any changes made prior to the launch of each season.

Find out how to earn a free PTL-02 Assaulter by playing the Lords of War Season 0!