In this Community Interview issue, we have interviewed the Danger Zone (DNGR) battalion, one of the best PvP battalions on the North American server! 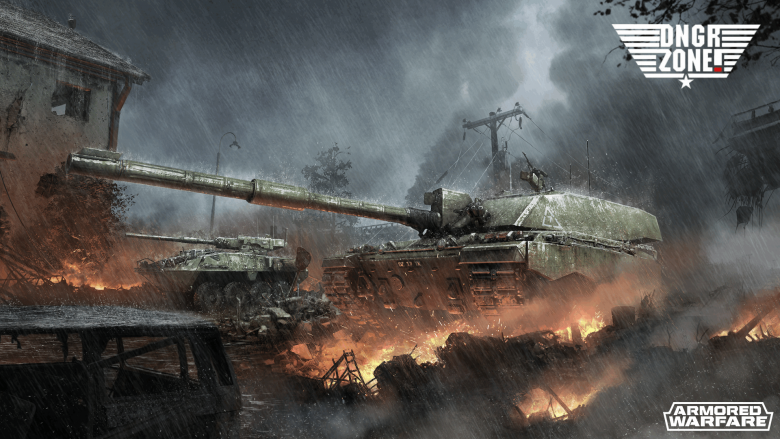 We created Dangerous shortly after the start of open beta. Our founding members are Specops12, Shadowpuppet, LemonLimey, Ferventus and FluffyCats. The majority of founding members bring extensive experience from the Mechwarrior Online competitive environment, and participated in top teams such as SJR and STS.

We are a collective organization with no formal leadership structure. Instead, every member has an equal vote in the unit’s recruitment and major decisions. However, we do have members assigned to certain tasks like league registration, recruitment, forum/website maintenance, and fan fiction production on a voluntary basis.

How many players are in your battalion?

We have 22 battalion members. While that may not seem like much, we are very selective about recruiting members that have the desire to perform at the highest levels possible.

DNGR is focused on tournaments and leagues. We have been proud to support AWLeagues events since the inaugural 2015 winter tournament. The organizers have been contributing great effort to make the events a success and we are honored to have participated in them. In addition, Battalion Wars would be a good way to blow off steam while maintaining the skills of our players in the interim. We do hope that player-run tournaments will still be community and developer supported even after the implementation of Battalion Wars as we believe it provides more content and flavor to the game.

We will continue to broadly support any effort to increase player involvement within the game. Battalion level content encourages players to play as a team with strategy, planning, camaraderie as well as communication to achieve a successful outcome. Applying this philosophy results in playing at the highest level of the game, and this is something that we have always been passionate about supporting.

Armored Warfare has battalions and a mercenary storyline background, how do like it or relate to it?

As avid readers and writers of fan fiction, we are immediately changing our clan name to “Black Company”. Actually, we are just kidding. To date, the game lore has had no impact on our unit and how we play the game. Instead, our focus is on competing against the very best players that the AW community has to offer.

We are recruiting, and we are looking for players who are rational and have a competitive attitude. We are also seeking the following statistics as minimum requirements:

How can the applicants get in touch with you?

Submit your application via carrier pigeon to Whitehorse, Yukon Territory. Should this prove to be too difficult, you may instead add Specops12 in game or send a message on the forums.

We are proud to be the first, and only, North American unit to win a 15 vs 15 tournament (hosted by AWLeagues).

We offer an opportunity to compete at the highest levels of the game without the drama and politics of a top-down structure. We offer an environment where player abilities can be nurtured through internal/external scrims and practice sessions.

Final question: What message do you want to get to other Armored Warfare players and battalions?

We highly encourage players to participate in leagues and tournaments. We strongly believe that these activities will improve player skills regardless of initial skill level.

It's that time again! We are proud to present another round of the Fireside Chat event, during which players are invited to join our official TeamSpeak server and have a chat with the members of the My.com and Obsidian team!

Introducing the Four Heroes replay contest, organized and sponsored by Rydekk - one of the esteemed Peacekeepers! Submit a Replay and win awesome prizes!