One of our esteemed community contributors, Primer7G, assembled a comprehensive guide for most Armored Warfare commanders along with a short description. Interested in maximizing your commander’s performance? Wondering which commander should you take for which vehicle? Primer’s guide’s here for you! 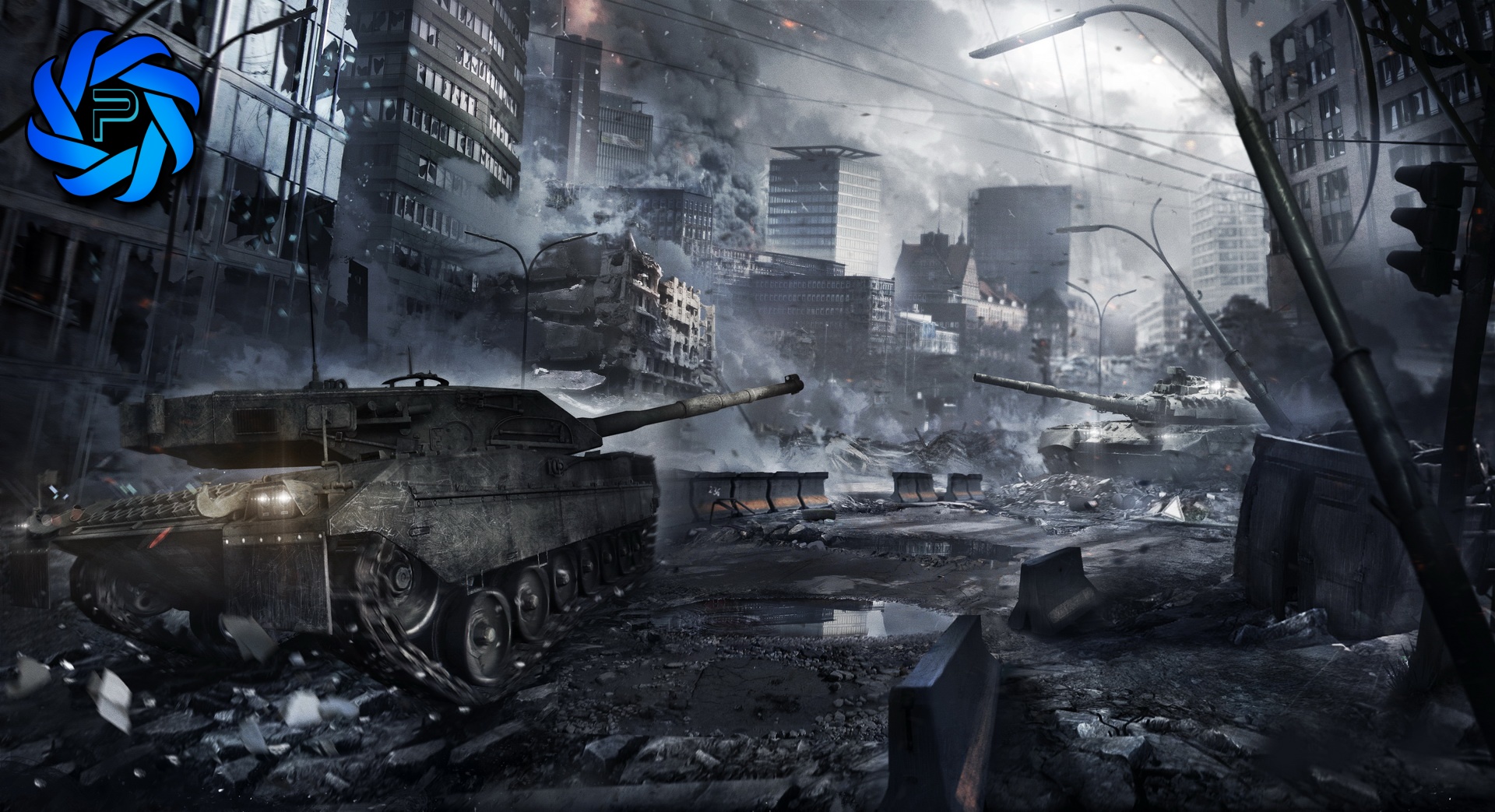 Please click on each name to display the configuration. And now, we’ll let Primer explain his builds and choices.

Sabrina Washington – originally designed as a basic Tank Destroyer commander, Sabrina does very well with anything that fires HESH shells that deal massive module damage thanks to her bonuses. She’s especially deadly when used on the Wilk XC-8 while firing PELE rounds but is also very powerful when used on British MBTs that have HESH shells available. This commander is initially available when you launch the game for the first time.

Viktor Kirsanov – the third of the early, easily obtainable commanders is another MBT commander, but focused on damage trading instead of protection. One of the less useful commanders that I did not level up due to the limits imposed by the Chain of Command system. There are better MBT commander options out there.

Rashid Al-Atassi – Rashid is one of the best, if not the best, commander for ATGM-based vehicles such as the AFT-10, the M1134 or the BMPT series thanks to his bonuses to ATGM performance. This commander becomes available to unlock as you progress in the game.

Juan Carlos Miramón – this commander is best suited for fast, agile Light Tanks that rely on flanking as their main tactic, such as both Stingrays, the M8 variants or the K21 XC-8. This commander becomes available to unlock as you progress in the game.

Freja Højbjerg – Freja is basically an artillery commander. She works with other classes as well, just not as well as the other commanders. That is why I did not fully level her up and my build reflects that. One vehicle category she’s useful for are vehicles with poor gun stabilization such as the Armata 152. This commander becomes available to unlock as you progress in the game. Interestingly enough, Freja has a different name in the Russian version of the client – Oksana Rudenko.

Ioannis Sanna – Remember that kid that liked to burn ants with a magnifying glass? Well, he moved over to the tanks business. He is a useful commander on vehicles that use HEAT as a primary ammo type or tanks that fire depleted uranium shells like those of the 120mm XM1A3 gun.

Andrey Zaitsev – this commander does wonders with the Wilk thanks to the combination of bonus crew damage and the infamous PELE rounds. In this configuration, he also works very well with vehicles that rely on HESH rounds such as the British MBTs or various vehicles with thermobaric ATGMs such as the Terminator series or the T-15 Armata. There is also an alternative configuration that works best with one specific vehicle – the PL-01 Tier 10 Light Tank, as it amplifies nicely its unique ADAPTIV camouflage system. This commander becomes available to unlock as you progress in the game.

Rachel Kramer – Rachel is a MBT commander that’s very useful in urban environments where you get to fight your enemies at close distances. As such, she’s a good choice for any brawler tanks that fight at close ranges, especially on Merkavas and Challengers. This commander becomes available to unlock as you progress in the game.

Giya Tsiklauri – this commander is ideal for a very specific sub-category of the MBT class – tanks that rely on hard-kill APS such as the Tier 10 Merkava Mk.4M or the Altay. This commander becomes available to unlock as you progress in the game.

Erin O’Connell – one of the quintessential scouting commanders. She’s the best fit for such vehicles as the VBL, VBR and SPHINX, whose role on the battlefield is to spot the enemy while letting your allies deal the damage. Erin O’Connell is occasionally available for purchase on MyLoot or during special events.

Aleksandr Cortez – Cortez is a versatile commander that be used on any vehicle since he provides a 10% buff to the damage per minute value. Highly recommended on vehicles with high burst damage like the Altay, Merkava and Centauro 120 and on vehicles with damage per shot like the Armat 152, Challenger 2 ADTU and XM1A3 with a 140mm gun installed. Aleksandr Cortez is currently only available as a rare drop from the Legendary Reinforcements Loot Crates.

Alisa Korhonen – Alisa is one of my favorite commanders. She’s really useful for PvE and on vehicles that have limited ammunition capacity (which acts as a balancing parameter) like the K1A1, Abrams AGDS and Kornet-EM. Alisa Korhonen is a Warlords of the Wasteland Battle Path commander and is currently not obtainable.

Fyodor Sokolov (Maximillian König) – since both commanders share the same skillset, I’ll cover them together. There’s nothing really special about them except for the ability to boost progress. As such, they are best used for newly unlocked tanks to unlock their modules as quickly as possible and, of course, for training your crews. Both commanders were a part of the Armored Warfare Founder’s Packs. Fyodor Sokolov is occasionally available on MyLoot or during special events.

Joshua Seagrove – this commander is very decent for gun-armed Tank Destroyers such as the Stryker, Sprut-SD and Centauro 120. He is best suited for long-range sniping. Joshua Seagrove is a Storyline Campaign event commander and occasionally becomes available on MyLoot or during special events.

Kathryn Grey – another limited commander that was available during the Storyline Campaign event. Much like Freja, I did not level her up fully because she is of limited use and is basically suitable as an option only for vehicles with poor hull or turret traverse rates.

Austin Harper – mostly a PvP commander as he gets more powerful as the match progresses and the losses pile up. Very powerful in situations where the outcome of a match is down to a few players on both teams, as your tank will gain more damage per minute for each fallen ally!

Douglas O’Reilly – useful for any MBTs that have gas turbine engines, like the Abrams, as he boosts their acceleration in the low range (gas turbine disadvantage) and can give MBTs an extra 47 meters of view range along with a bit of a damage per minute boost to you and to your nearby allies

Kwon Han – my “do you feel lucky, punk?” commander. He increases the damage randomization to +/- 40% or to 45% for shaped charge and HE ammunitions. What this means is, the shells can potentially do more maximum damage than usual, which is why he lets the AFT-10 roll up to 1885 damage when shooting at a target marked by the Designate ability. Han is also useful on the Leclerc Prototype, which has the ability to designate multiple targets, making them receive full damage!

Ophelia Kitescu – the chick, who lives by the motto “Tanks don’t die”. She is probably one of my most used commanders in both PvP and PvE thanks. She’s incredibly useful when combined with MBTs due to her view range and mobility boost and to her ability to save her vehicle from being destroyed, giving you one more chance to fight back!

Vincent Girard – a particularly good commander on close combat vehicles with thick and reliable armor like the Challengers, as he allows them to withstand more punishment by increasing their hit points and making them harder to immobilize, as well as increasing their DPM whenever they manage to block incoming damage.

Say Hello to MY.GAMES, and Enjoy a Free Gift!

My.com and Mail.Ru are proud to announce MY.GAMES, a new international gaming brand dedicated to supporting the games and worlds you love to play in!

Learn more about the second DCOT anniversary celebrations and the giveaways they’ve prepared for you!