Before we go over some of the most common tank myths, we wanted to extend a very special thanks to Tovarish for running a thread dedicated to this topic and to Nemo for his valuable advice!

For a very long time ever since the end of World War Two, armored vehicles were the domain of close-knit groups of historians and researchers. However, the appearance of the internet and tank-related videogames aroused interest in armor among the general public. Unfortunately, many myths were born amongst the correct pieces of information and have since spread as unsourced “general knowledge”. This article aims to dispel some of them.

This common misconception is actually based on some historical truth. Early smoothbores were horribly inaccurate because it is the shell rotation that gives it its stability and therefore accuracy and rotation is only achieved by rifling the barrel. New types of ammunition had to be developed, such as the armor-piercing fin-stabilized rounds where shell stability was achieved by making the penetrator in the shape of an arrow with fins. Not all of them were initially perfect - the M829 (120mm) armor piercing, fin stabilized, discarding sabot cartridge had problems in initial production. Accuracy and precision was not achievable, but this was later traced to fin burning problems that resulted from a sharp fin edge and the issue was corrected.

Current APFSDS rounds fired from rifled guns use slip band technology – the penetrator rods rotate only very slowly inside the barrel, which is why rifled guns firing APFSDS rounds are not more accurate than their smoothbore counterparts. 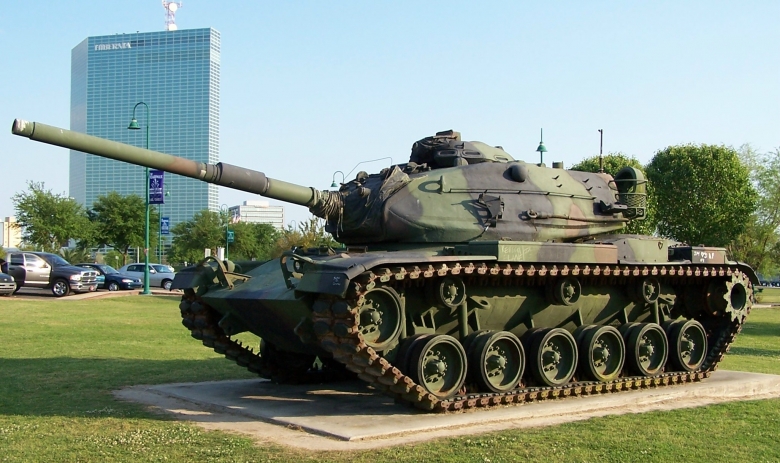 While Main Battle Tanks have very thick frontal armor, the sides are usually quite thin to keep the weight within reasonable limits. Only the heaviest and best-protected tanks like the Challenger 2 with the TES kit or the Merkava have a reasonable chance of resisting automatic cannon fire from the sides. During BMP-2 testing, it was discovered that a 30mm autocannon could seriously damage a Soviet MBT – in another instance, autocannon-equipped Bradleys were able to destroy older Iraqi MBTs even from frontal angles. The excellent side protection myth comes partially from the crew safety reputation of tanks such as the Abrams, due to their advanced internal structure, which may not make side armor any thicker, but does make complete destruction of the Abrams a very tough job.

A certain sub-type of this myth is the belief that when a vehicle has a composite armor front, the rest of its hull and turret consists of the composites as well. It does not – most such vehicles' side and rear armor consists of simple steel plates, although some vehicles with composite armor sides (usually via additional armor kits) do exist.

Myth #3: The gun mantlet is the best-protected part of the turret

Myth #4: Russian tanks are terrible because hundreds were destroyed in the Middle East; Abrams is the ultimate MBT because none were ever destroyed

This myth was very popular at one point and comes up every now and then. While the Abrams is indeed a formidable vehicle, its success in Iraq was based on the fact that it was used by the strongest military in the world and as part of a combined arms offensive. Its opponents were obsolete (often 1950-1960s era Soviet tanks or Chinese knock-offs) and the Iraqi army – although quite competent amongst the forces of the region – was not well trained. What happens when you give good vehicles to untrained and incompetent troops was recently very well demonstrated by the Iraqi army losses against the Islamic State (that in fact even captured some Abrams tanks in working order, although they were later bombed by the Americans) and the Saudi losses in Yemen.

First a little explanation. A shot trap is a poorly designed part of armor that deflects armor-piercing shells into thinly armored areas of the tank (such as the hull roof) instead of deflecting them away from the tank, causing a potential weak-spot. That being said, the concept does not apply to modern APFSDS rounds, which simply have too much energy and are too different in shape from the AP rounds of old to ricochet that way. They simply get stuck in the armor – or they penetrate. HEAT rounds might be affected, in theory, but the shot traps are usually small and hitting one intentionally would equal to a miracle.

German Leopard 2A5, the lower part of the frontal turret seemingly a shot trap

Myth #6: Soviet autoloaders can rip off a crewmember's arm if they are not careful

This is a complete myth that appears from time to time as an alleged drawback to the automatic loader mechanism in general. It is unclear how it started (it is possibly based on very early incidents) but the automatic loader mechanism is quite safe and the potentially dangerous parts are covered. One would have to attempt to cause such an incident intentionally to succeed (for example by removing the protective parts). Contrary to popular belief, Russian armor designers actually cared about the safety of their troops and did pay attention to such elements – there were instances where a poor gun prototype design led to safety issues, but these never passed to service.

Not really. It is true that the Type 58 and Type 59 tanks were simply copied T-34 and T-54 medium tanks, but the later upgrades from 1960s onwards were largely indigenous. It could be argued that some of the designs were inspired by foreign modern tanks, but that more or less applied to all the tanks in the world. In today's globalized world, everyone influences everyone and amongst the current Main Battle Tank designs, the Chinese vehicles are some of the most original.

No. The first name was made up by a certain individual on the internet and is currently a running joke amongst western tank communities. The latter is complete nonsense originating in the gaming community and made its way to Wikipedia at one point before being deleted. 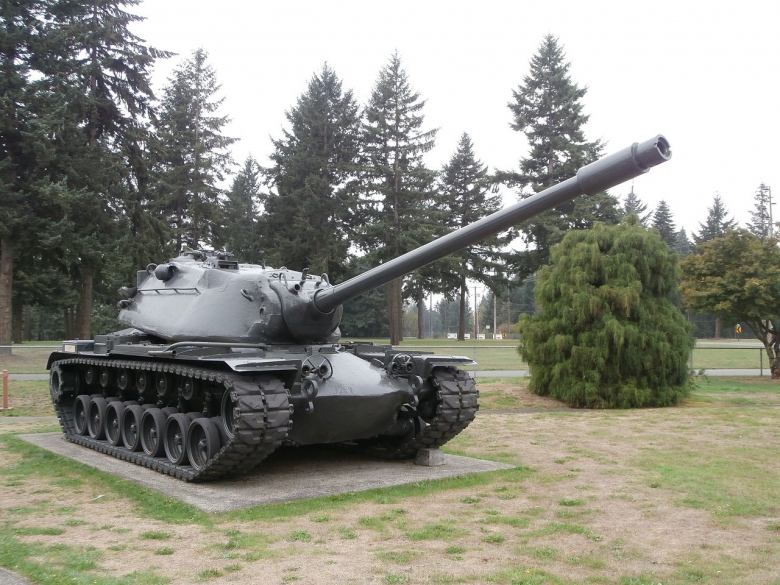 There are more myths out there which might be addressed in a future article. See you on the battlefield!