Today, on October 28, the Czech Republic is celebrating the 98th anniversary of the declaration of Czechoslovak Independence. Independent Czechoslovakia rose from the ashes of the Austro-Hungarian Empire, following years of both political and armed struggle. 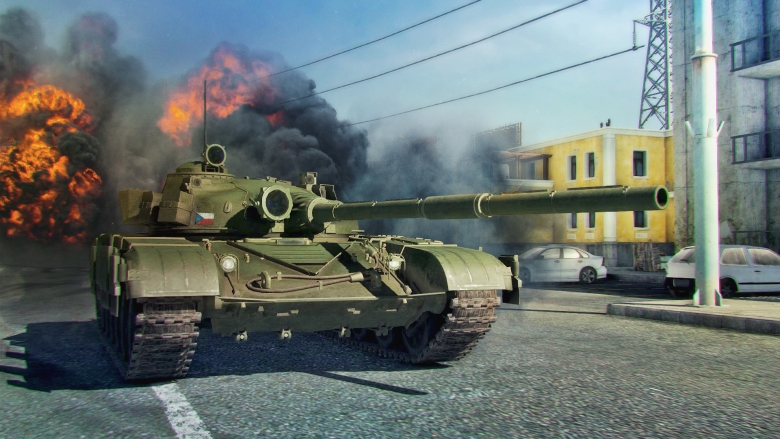 The declaration of independence was a culmination of this effort, but it did not bring immediate peace. Even though the Great War was over, a number of small wars erupted (such as the Hungarian-Czechoslovak war of 1918-1919) and the entire region only became stable several years afterwards.

Nevertheless, October 28 is one of the most important days for the Czech Republic and Slovakia and to celebrate it we have prepared several bonuses for all players on the North American and European servers.

On October 28 2016, all players will receive the following bonuses and discounts:

While not as well-known for tank production as Germany, France, Britain, Russia or the United States, Czechoslovakia has always had a place in the long history of armored warfare. Ever since the 1920s, Czechoslovakia produced a large number of tanks and other armored vehicles. The history of pre-war and post-war Czechoslovak armor development was described in the past articles:

As for Armored Warfare, the first Czechoslovak vehicles will be introduced in the near future as part of the upcoming Czechoslovak/Polish AFV and TD branch:

While relatively large in size and boxy in shape, these AFVs will pack quite a punch – the Jarmila II, with its two 82mm recoilless guns, will carry more firepower than other four-wheeled AFVs of the same tier, while the OT-64 variants will be armed with guided missiles as well as rapid-fire automatic cannons.

We hope you enjoy these vehicles and we'll see you on the battlefield!

Find out about the discount on all Technology retrofits and about the bonuses to Crew and Commander Experience as a part of the preparations for the release of the Global Operations mode!

Learn about the results of Lords of War Season 0 and the names of the best teams out there!