The air smelled of rain, ozone and something else – that strange something only a late spring thunderstorm can deliver. As expected, the man nodded to himself. The drop in temperature triggered by the storm front didn’t bother him.

He looked up towards the high-rise. Up there, dozens of meters above him, a woman was running for her life.

He had dispatched her protectors quickly enough. His drug-enhanced physique and skills honed far beyond the level of simple corporate drones allowed him to cut through them like a hot knife through butter, leaving only bodies in his wake – some still twitching but none alive. As he entered the penthouse lobby, he saw her shadow, a blur running towards the final staircase that would take her to the roof, to the helicopter waiting for her, to safety. Or so she thought.

Two more guards appeared, shouting something in German. He gunned them down without a second thought. Quickly surveying the large room with the single glance of a true professional, he made his way towards the stairs where he had earlier seen his target. One man's escape route is another man's trap, he thought, amused by the prospect of her finding out that she just ran into his. There was no rush, their fates were both sealed now.

The well-oiled doors opened quietly as he stepped out into the rain and slowly walked towards the empty helipad, a pistol in his hand. She was there, just as he expected, looking out into the storm for a salvation that would not come.

She turned to him and said something but he didn't hear her over the sound of thunder. The downpour drenched her expensive outfit and destroyed her make-up, making her look... weak, he thought. He had seen her before of course, usually on a big screen talking to corporate masses like a queen of old. Not so regal now are we, he thought.

She pulled out a small handgun and fired at him several times. Not that such a weapon would penetrate his body armor, but hitting a person even at ten meters in pouring rain and when your life is on the line is far more difficult than it appears. She managed to fire off three shots before he closed in and grabbed her by the throat. She dropped the gun and tried to say something, but his iron grip prevented her from finishing a single word.

With a single motion, he threw her off the pad ledge and watched her body plummet into the misty depths below him. It almost felt wrong for so much power to end like this, he thought. But even the mightiest fall – sometimes quite literally. His soft chuckle at that final joke ended with a fit of wet coughing.

And then it was all over. He fell to his knees as the numerous gunshot wounds that riddled his dying body finally overcame his iron will. He expected his last thoughts to be of childhood, but there was just a feeling of overwhelming weariness – and then, only darkness.

"With the sudden death of Erika Schepke, the future of Lodestar GmbH remains uncertain. The shareholders..."

With a sigh, Vujic switched off the TV and dropped the remote control he was holding to the ground. He was tired, so incredibly tired. When the news came about the Reds retreating, he suddenly felt empty, the rage of the last few weeks began to dissipate. They had Clayburn and Lodestar running, their proxies annihilated and much of their resources either captured or destroyed. But at what cost, he thought, slowly opening his eyes and looking around the apartment he had found abandoned.

The flat had clearly belonged to an old woman once – there were old photos hanging around the walls, as faded as the memories that lingered in this place. There were knitted covers everywhere and he couldn't help thinking back to his own childhood, his grandmother knitting, always ready to offer him something to eat, claiming that he was "too thin." He smiled to himself – back then he found the constant offers of food annoying. But his grandmother had seen war and only now, thirty years later, did he realize she'd been onto something. Picking himself up, he strolled aimlessly, touching the dust-covered items left behind by whoever had called this place home. More rest would do me good, he finally decided, but his plans were interrupted by a knock at the door.

He turned towards it, his hand reaching for his pistol almost instinctively, but it was just his deputy commander. Dressed in an old and torn Serbian uniform, the man nodded at him and sat down on an old chair behind Vujic. He took a swig from a flask of beer he had brought with him and said:

"Talked to Dragomir. The Tihina boys are leaving and they are taking some supplies with them. There was a scuffle about that earlier but we managed to prevent any...", he paused, "unnecessary violence."

His emphasis on the word "unnecessary" made Vujic sigh in exasperation. He knew exactly what it meant.

"It's already falling apart, isn't it?"

A statement rather than an actual question.

"With Tihina gone, the Czechs, Polish and everyone else not directly tied to the cause will want their own piece of the pie", Vujic continued, more to himself than anyone else.

"We knew that this would happen eventually, but, for once, I'd have loved a week off", Vujic smiled sadly, "but the truth is that we need a new cause to at least control the descent into anarchy."

The other man smiled.

"And we might have just that. We just received an emissary from Clayburn. Not one of the local boys, an officer directly from London."

"Seems like some of his boys are going rogue. He wants us to take care of it. There's your cause, along with a nice heap of credits."

"Why would the Reds want us to clean up their mess? They have their own lapdogs to take care of such things."

The other man smiled.

"Do we really care? We crushed them. Picking off a few stragglers for extra cash sounds like good deal to me. Plus, we'll be able to hold this shitshow together for a while longer. Maybe convince more people to stay. Either way, it's a win for us."

"You know I hate being a corporate puppet, Dimitar. We did not lose thousands of men to corporate drones only to do their bidding again as soon as the fighting stops."

"We are not doing their bidding. For the first time, we are being treated as partners. As equals. Isn't that what you wanted all along?"

"Hm," Vujic grunted, "Let's talk to this emissary of theirs." 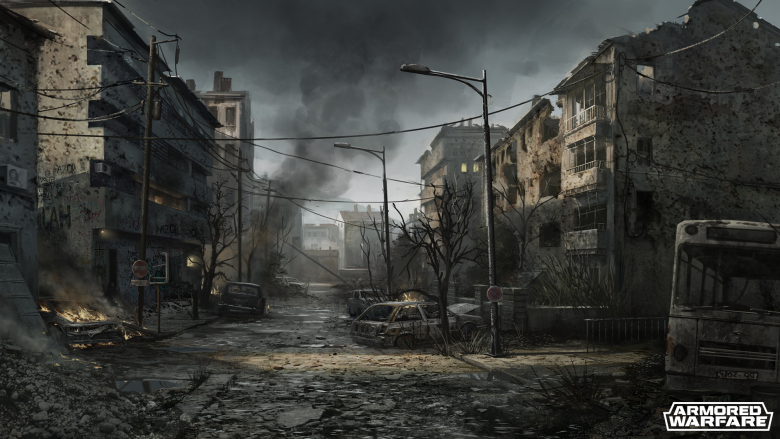 We are proud to announce the Armored Warfare Storyline Campaign Season 1, starting on June 1 2017. In it, you will take the role of Joshua Seagrove, a military commander of the Seahawk Task Force. The campaign will take place over the next five months and will be split into five month-long Episodes.

Completing Season 1 will lead to the ultimate reward. Its quality will be appropriate to the difficulty of obtaining it!

Throughout the campaign, you, as a community, will be asked to make decisions that will influence not only the difficulty of the campaign, but also the final reward. Make the wrong choice and a character dies. Make the right choice – and your mission becomes much easier or rewards get higher! The details of the Decision System will be unveiled in the near future.

We hope you like the Campaign and we'll see you on the battlefield!