This month in our Branch of the Month series is dedicated to the Chinese Main Battle Tank branch, available in Zhang Feng’s vehicle pool. 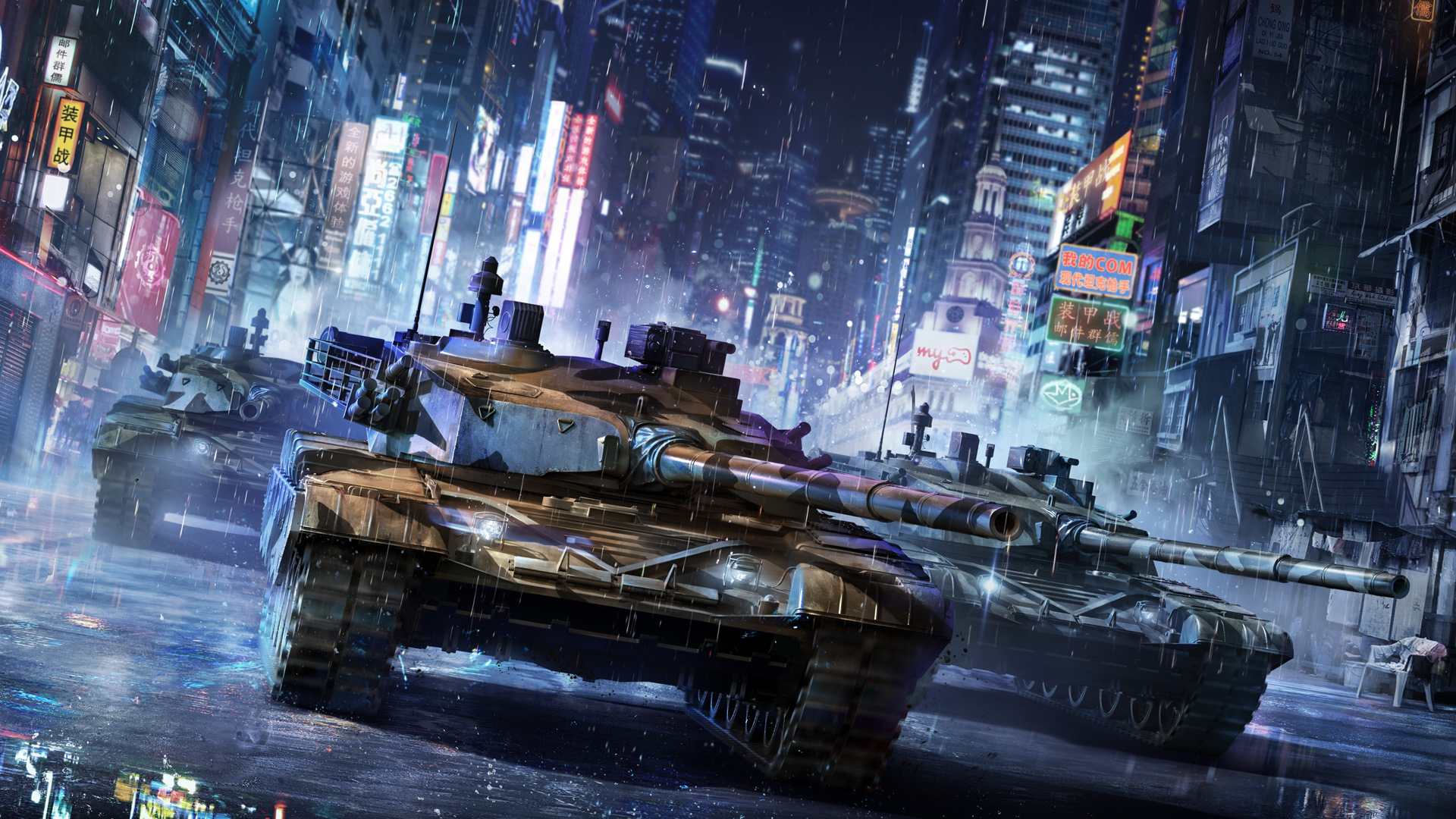 There are four basic eras that the Chinese tank development can be divided into – not counting the pre-war period, the wartime period and the Civil War aftermath of the war where all sides used mostly pre-war, lend-leased or captured equipment.

The first one is the Soviet friendship era where the People’s Republic of China and the Soviet Union were allies. As a result of the Soviet help with Chinese arms industry, China received a large number of T-34 tanks (designated Type 58 in Chinese service) followed by a large number of T-54A tanks, which served and were later license-produced under the name of Type 59. By the time they reached China, these tanks were hardly the most powerful ones in the world, but were still quite sufficient for their purposes and taught the Chinese engineers valuable lessons in tank design, influencing the Chinese tank industry for decades to come.

The second era mostly covers the Sino-Soviet split. Due to their ideological differences, the relations between China and the Soviet Union deteriorated in the 1960s practically to the point of open conflict. A side-effect of this situation was that the Chinese were left in a bad place, unable to get access to advanced Soviet technologies while being alienated from the west at the same time due to their support of communist regimes in Asia and the Vietnam War. For the Chinese armor industry, there were several pivotal moments – the 1969 capture of a Soviet T-62 during the Damansky Island incident, the Vietnam War with all its lessons and the 1979 Sino-Vietnamese war that unveiled a number of issues with the tactics and armor the Chinese deployed. Even though the Chinese military industry tried to get their hands on modern technologies however they could, the isolation left some Chinese technology branches a decade or more behind their Soviet and western counterparts. During this era, China mostly focused on upgrading what they had, especially the Type 59 tank. 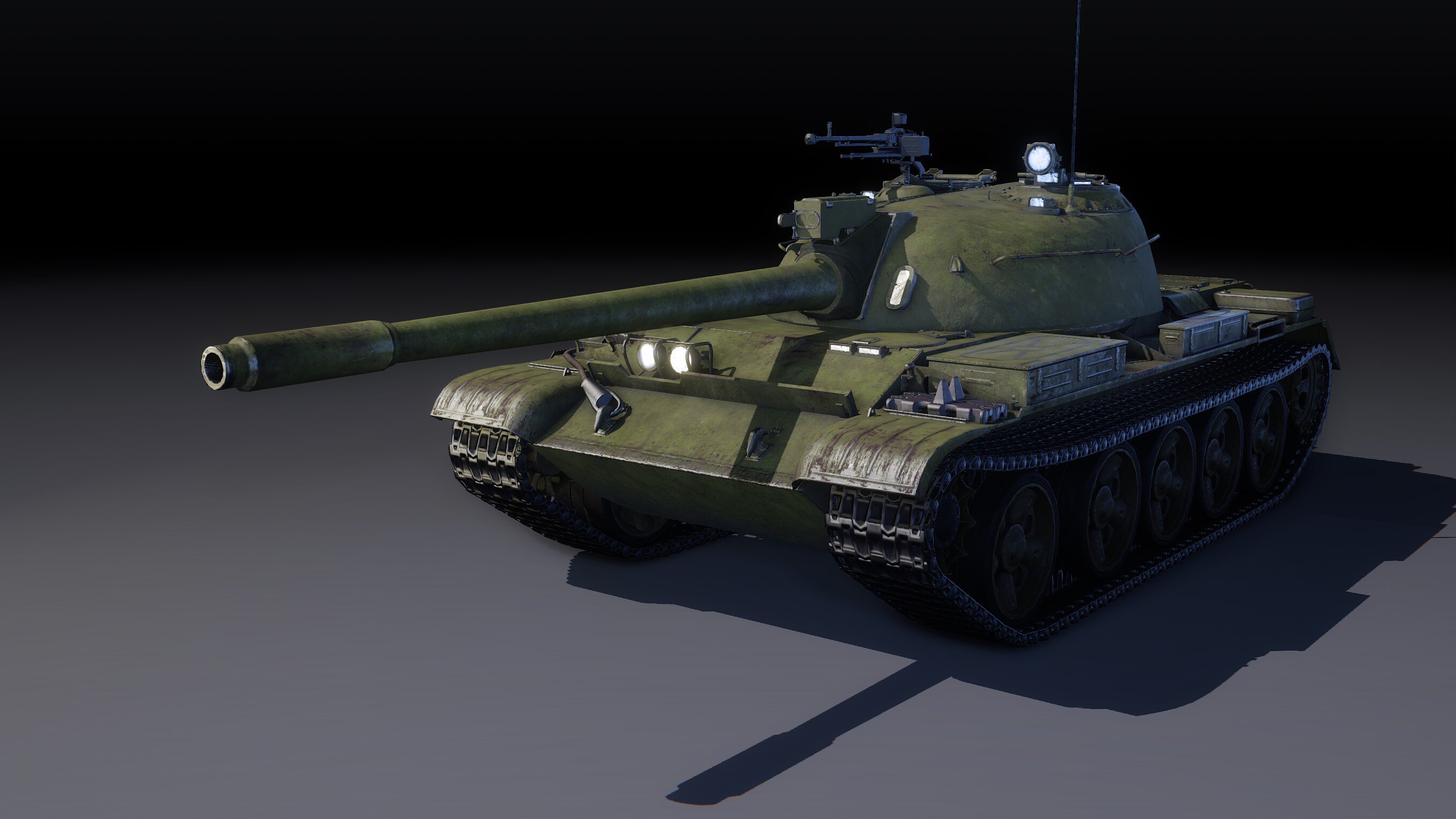 The third era is the general relation thawing between China and both the Soviet Union (later Russia) and the west. Especially the late 1970s and the 1980s saw a military development boom with more and more advanced technologies becoming available to the Chinese, both from Europe (105mm NATO standard gun) and from Russia (125mm smoothbore). The development ran in two directions:

During this period, China became a major armor exporter with massive amounts of tanks sold across the world. PRC’s own tank units also underwent upgrades – but it was only after Operation Desert Storm that had showed western technology superiority to the entire world that truly advanced technologies became adopted by the Chinese military

And, finally, the rapid advances that followed led us to the current era – modern Chinese army. While the truly modern Main Battle Tanks such as the Type 99A only became available recently – relatively speaking, compared to, for example, the well-established Abrams. Modern Chinese forces are not yet battle-proven but their tanks consist of a unique blend of indigenous and modified western or Russian technologies. One very interesting difference between China and the rest of the world is that when it comes to export, everyone usually offers modified versions of their own tanks. China, on the other hand, makes a difference between export vehicles and vehicles for their own use. If we use tanks as an example:

While the VT-4 (which itself is heavily customizable depending on customer wishes) likely performs about the same as the Type 99, its roots are different (it’s based on a separate export tank development program) and it is this foundation that makes it stand apart from all the export variants offered by everyone else.

From April 1 to April 30, 2019, the following Chinese MBTs will be available for lower price than usual along with a 30 percent Battle-Hardened discount:

Type 79 Tier 3 MBT – the Type 79 is the ultimate export evolution of the Type 69 Main Battle Tank, which itself is an evolution of the old Type 79. Built in the 1980s, it featured, as the first Chinese vehicle, multiple western technologies including a copy of the famous 105mm NATO rifled cannon. You can read more about it in our dedicated article. 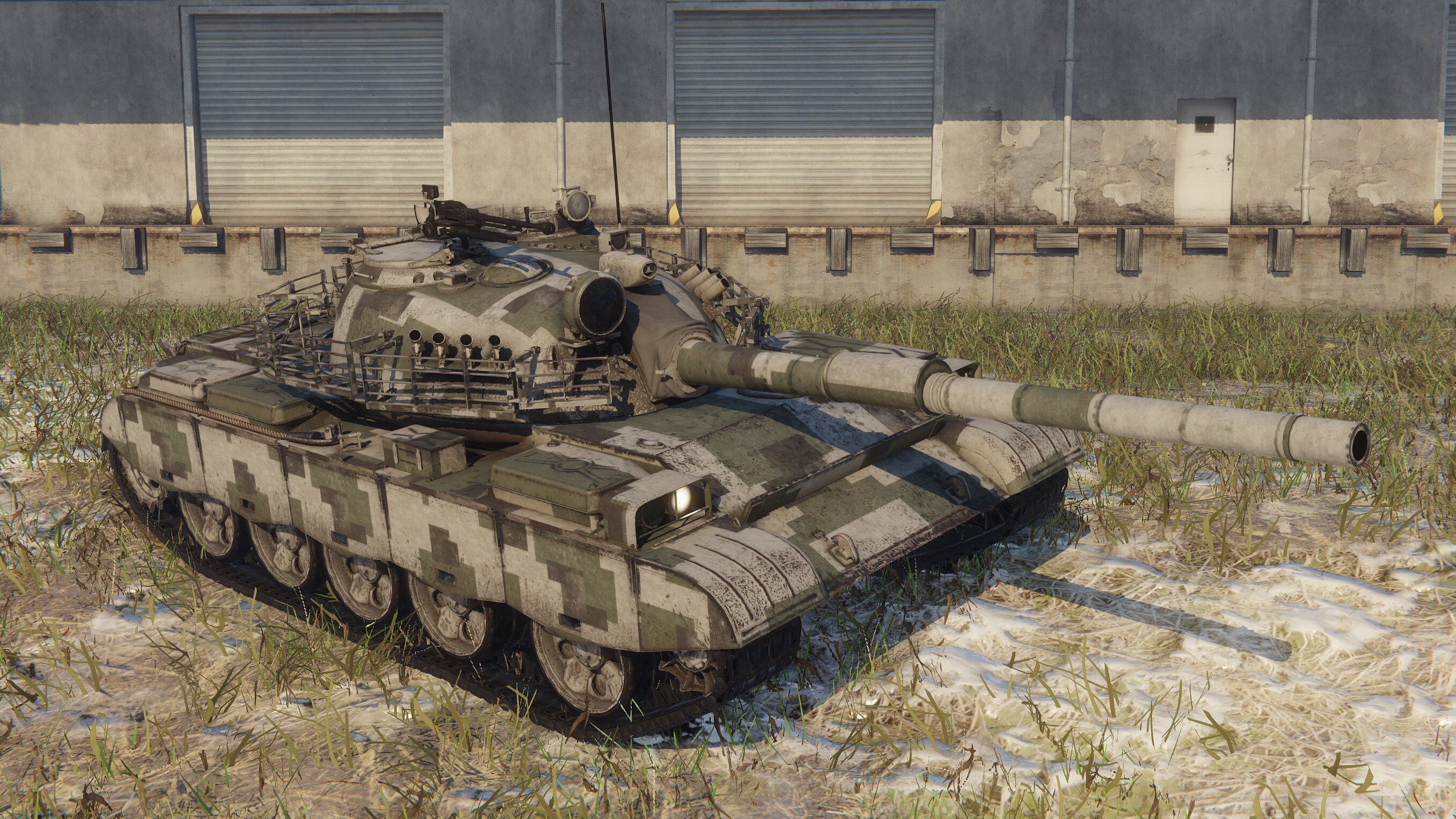 Type 80-II Tier 4 MBT – the Type 80-II was the second upgrade stage of the Type 80 MBT, which was, despite its name, actually accepted in service in 1988. It was the first Chinese attempt to build a true new second generation MBT for domestic use based on the experience with other Soviet designs such as the captured T-62 or the T-72 the Chinese got to access during the Iran – Iraq war. It was produced in very limited numbers from 1988 to 1995 mostly for domestic use. There are reports of some exports to Sudan, but those are quite sketchy. You can read more about it in our dedicated article. 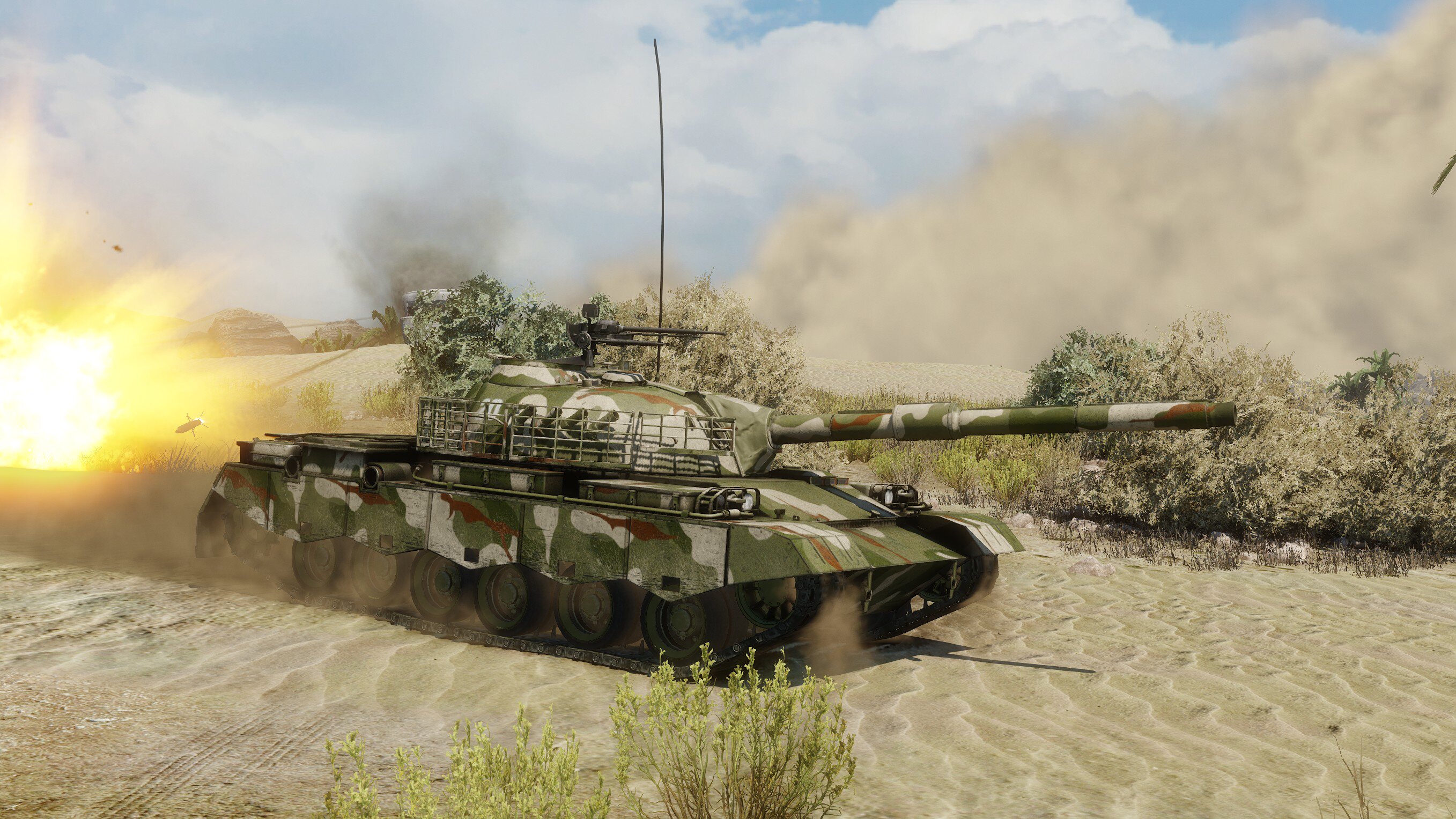 Type 85-IIM Tier 5 MBT – the Type 85-IIM was, along with the Type 69, one of the true Chinese export successes. It was an evolution of the Type 80 design and, unlike its predecessor, it was built solely for export. It was armed with a 125mm smoothbore and, for the first time in mass-production, it featured a welded turret. Pakistan bought around 200 in the early 1990s. You can read more about it in our dedicated article. 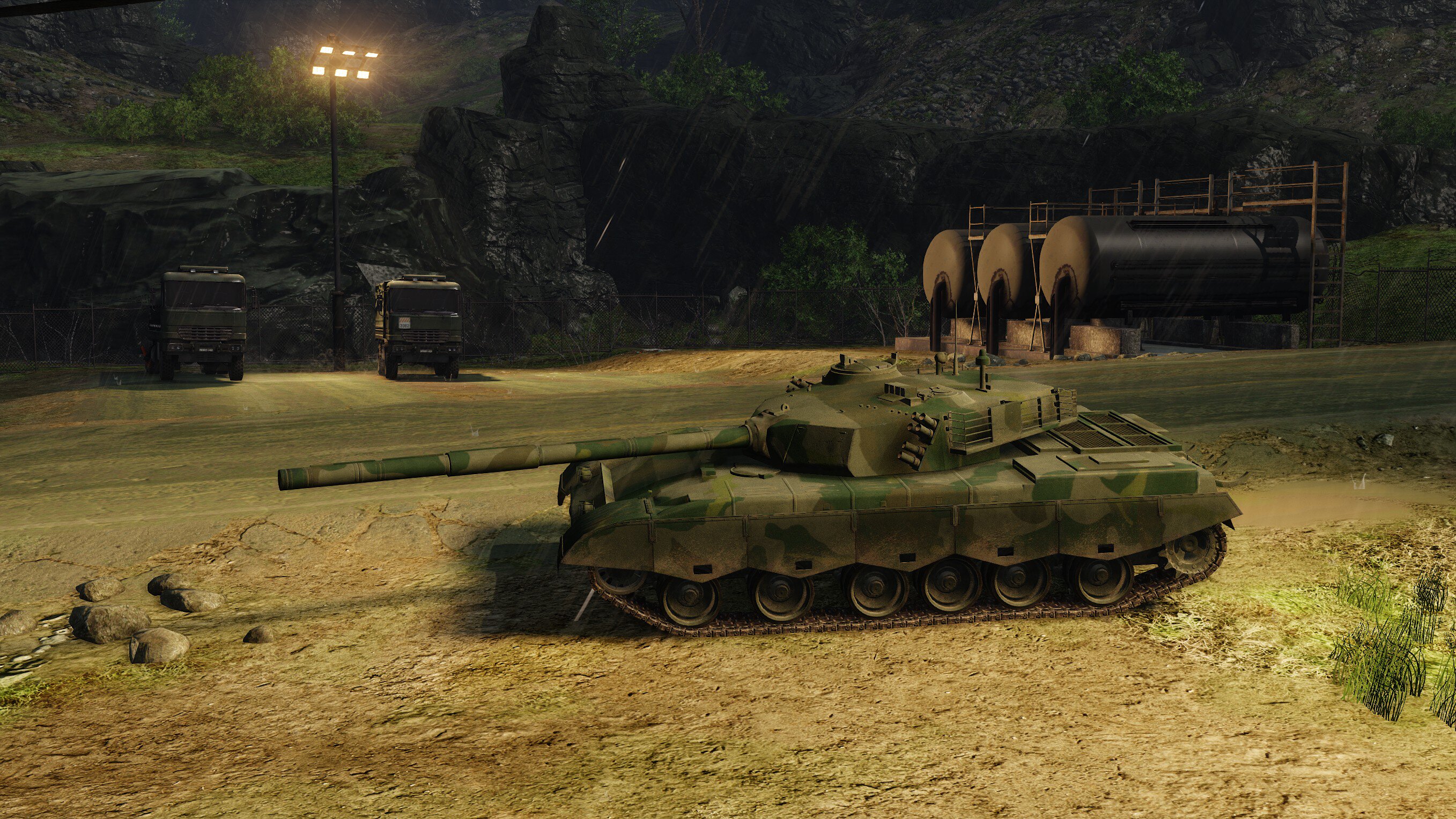 Type 90-II Tier 6 MBT – this was a continuation of the Chinese philosophy to develop tanks specifically for export. The Type 90 was a completely new design from with a lot of its elements inspired by the Russian T-72. It became a foundation of an entire line of Chinese export tanks that continues to this day in the form of the VT-4. You can read more about it in our dedicated article. 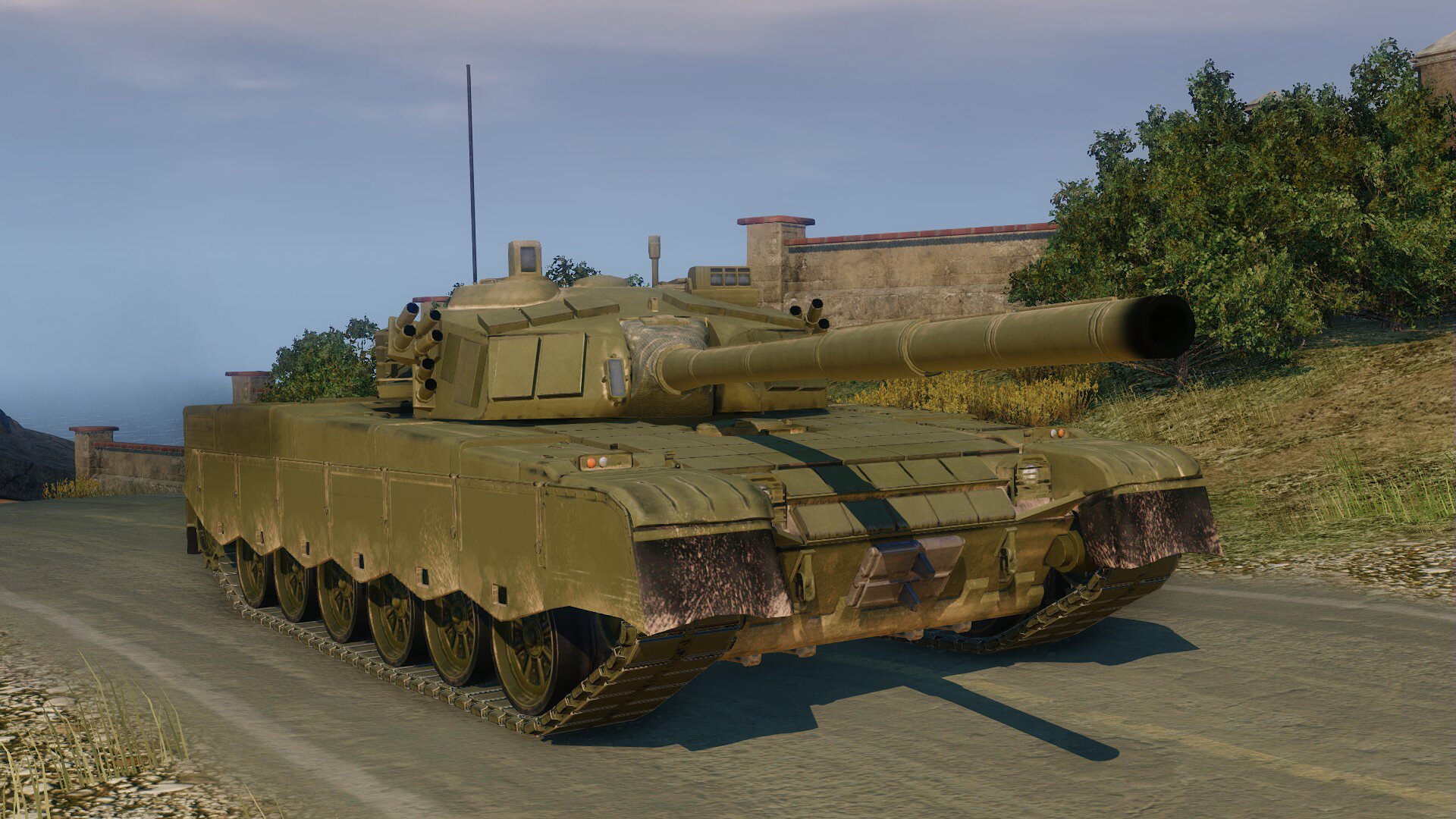 Type 96 Tier 6 MBT – the Chinese Type 96 Main Battle Tank was developed in the 1990s as a replacement for the aging Type 59-based designs following the Gulf War shock. The design was based on the Type 85 series of export vehicles but the Type 96 was intended for domestic service. Around 2000 were built between 1997 and 2005 and still remain in service. You can read more about it in our dedicated article. 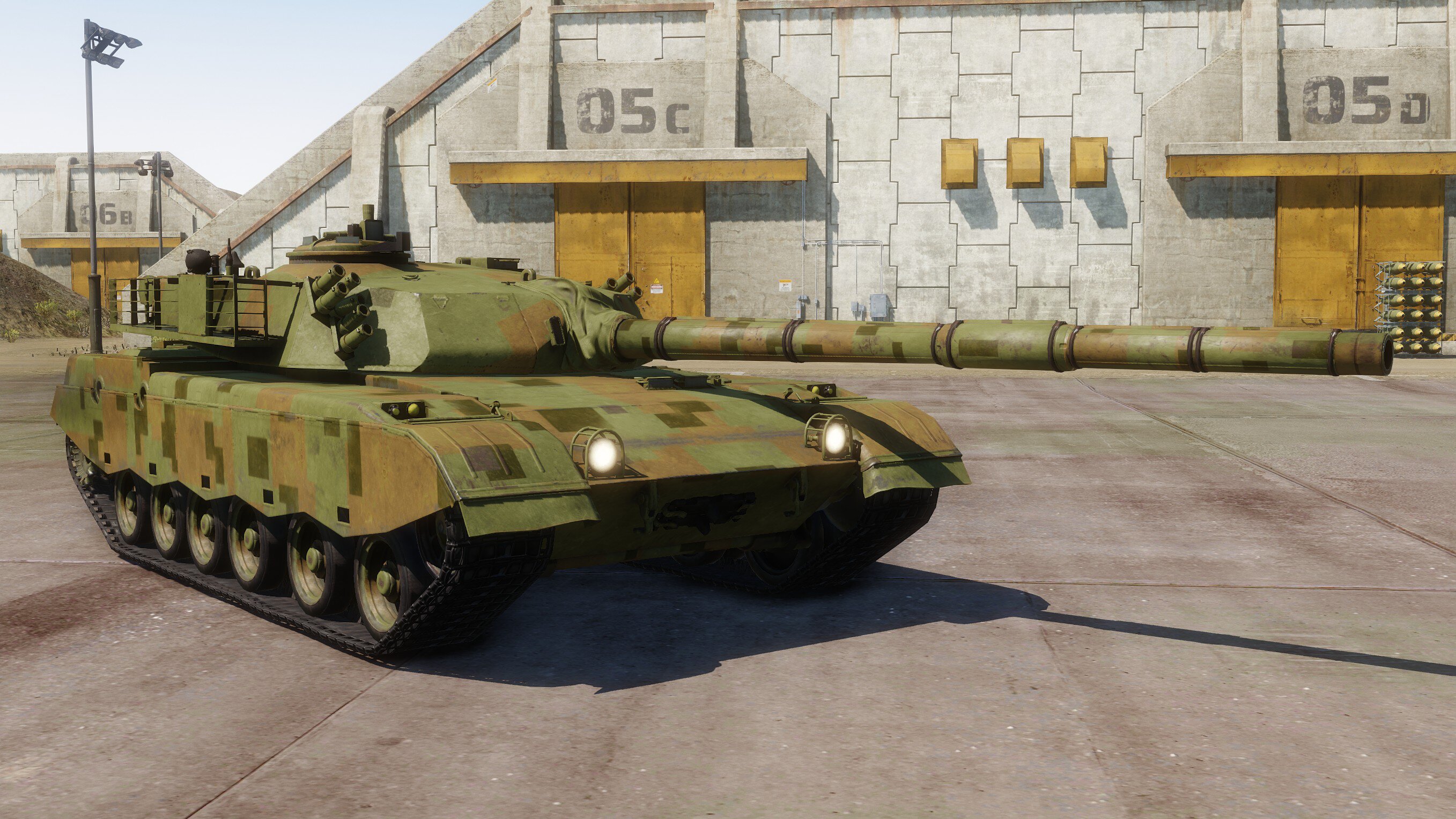 Type 96A Tier 7 MBT – this is an upgraded variant of the Type 96 MBT. The idea behind the upgrade was to bring the original Type 96 to the Type 99 level of combat value. The upgrades include improved turret armor and better electronics. Around 1100 Type 96 tanks were upgraded to the Type 96A level and are currently in Chinese service. You can read more about it in our dedicated article. 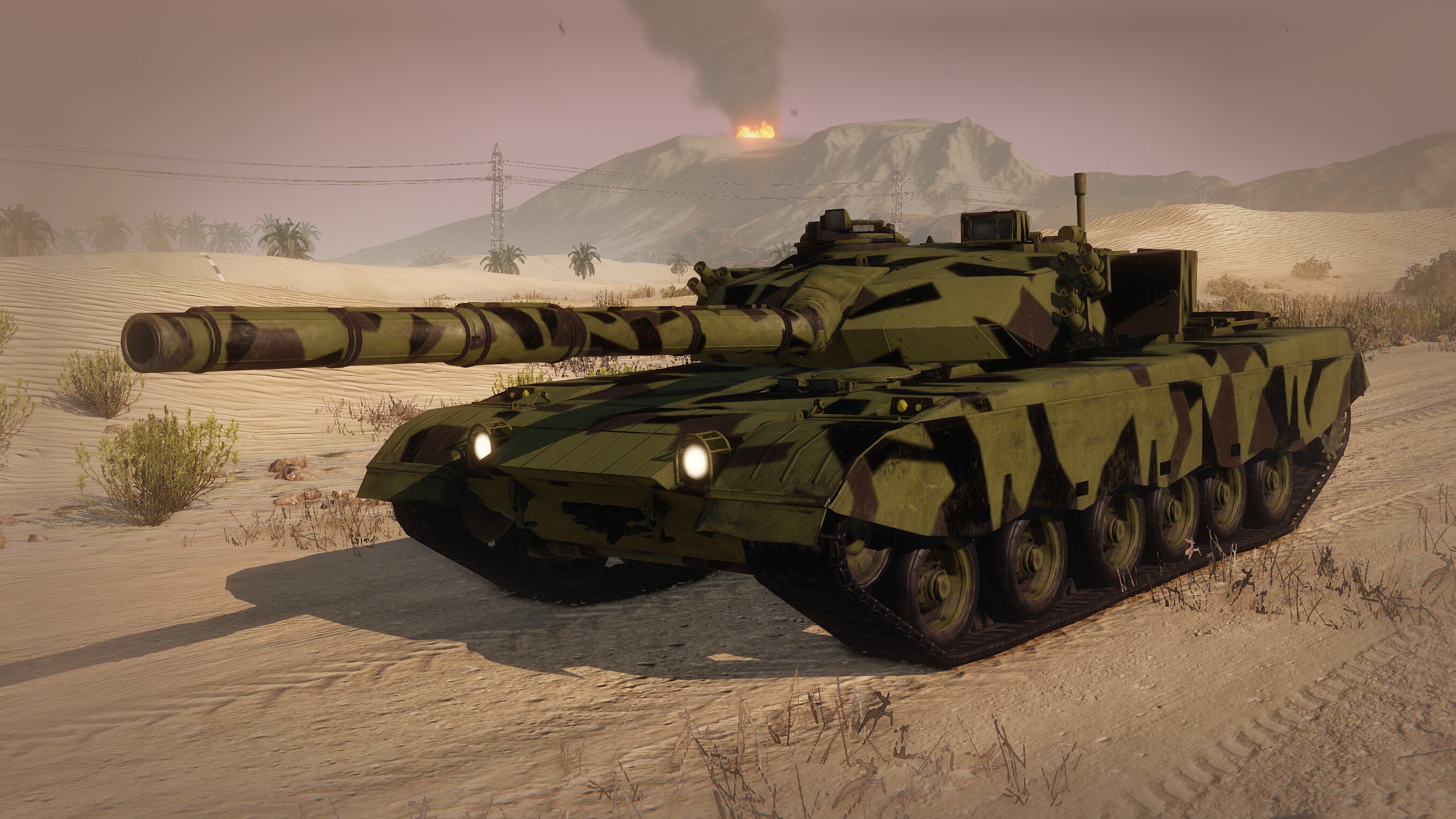 9910 Tier 7 MBT – a project called 9910 resulted in the Type 99 series of vehicles. Sometimes incorrectly called Type 98, the initial prototypes appeared in 1999 during a military parade in Beijing. This tank is quite different from its predecessors. It resembles the T-72, but the turret is welded. The main armament is a fully stabilized 125mm smoothbore gun. Around a dozen vehicles of this type were built before a new variant was introduced in 2000. You can read more about the mass-produced vehicle that followed it in our dedicated article. 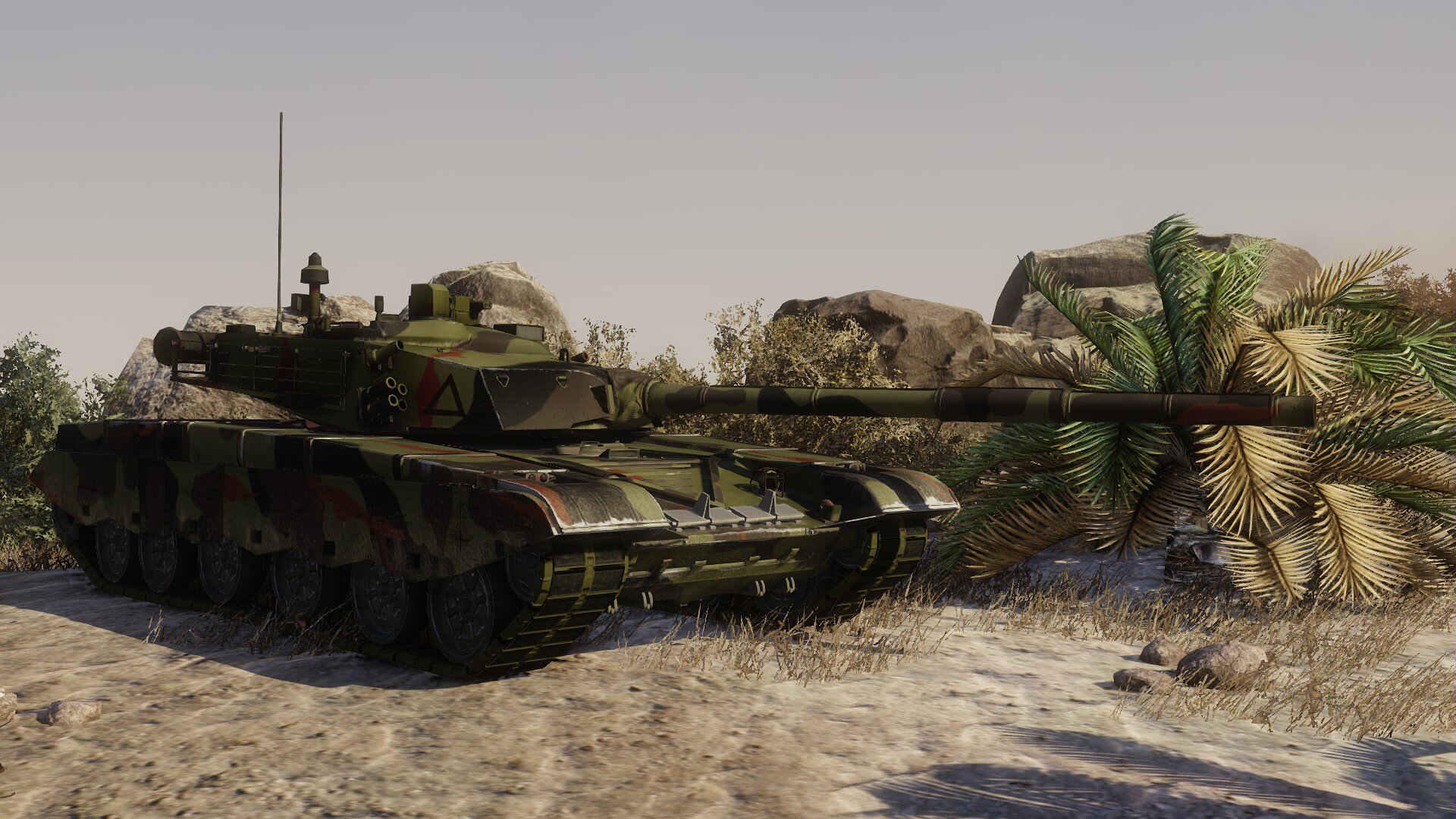 Type 99 Tier 8 MBT – the Type 99 is a Chinese Main Battle Tank, blending both western technologies and eastern influence. It is also the most advanced Main Battle Tank of the Chinese People's Liberation Army. In Chinese service, approximately 700-800 Type 99s of several variants have been built since 2001 and its production seems to continue still. You can read more about it in our dedicated article. 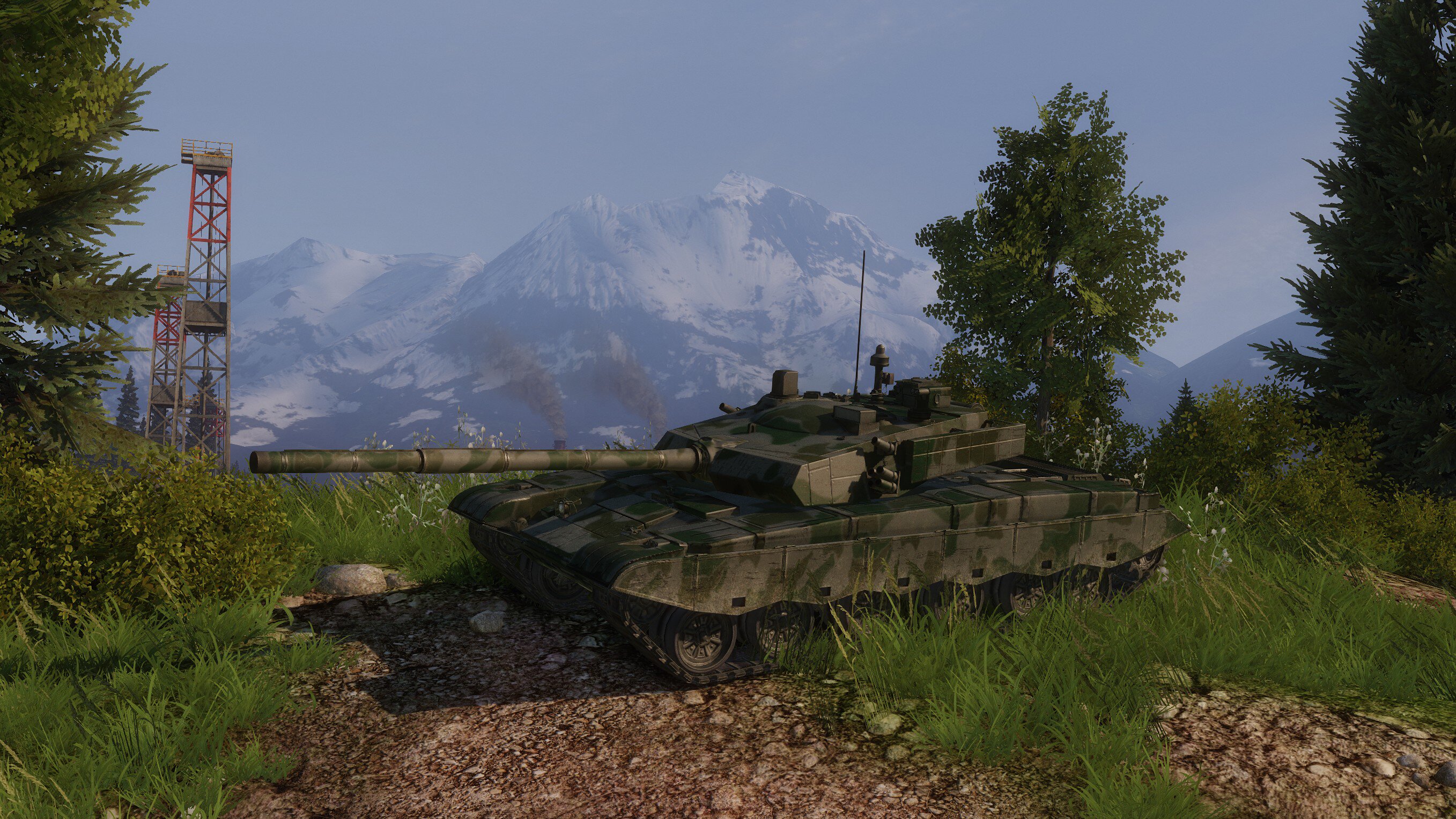 VT-4 Tier 8 MBT – unlike the Type 99 of the same Tier, the VT-4 MBT (also known under its factory name MBT-3000) was made specifically with export in mind. It is based on the old VT-1 model, which itself has roots in the Soviet-era T-72 MBT that was reverse-engineered by China in the 1980s. You can read more about it in our dedicated article. 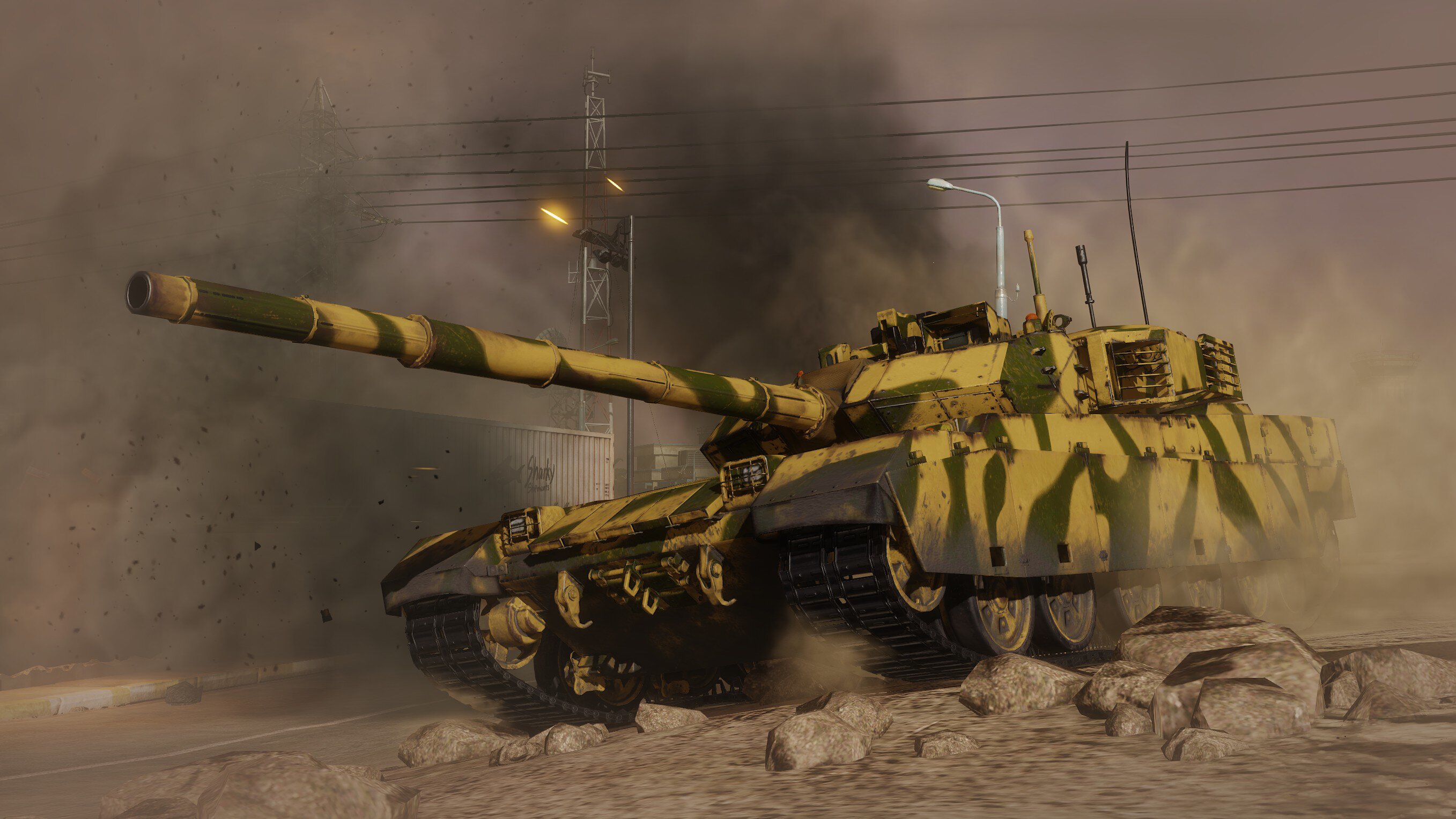 Type 99A Tier 9 MBT – this is an advanced version of the Type 99, the first Chinese third generation Main Battle Tank, designed to bring the Chinese armored forces to the 21st century. Armed with a powerful 125mm smoothbore gun, its composite armor hull and turret are chock-full of advanced technologies, including the JD-3 laser dazzler. Around a thousand of these vehicles were built since 2001 and are currently only used in Chinese service. You can read more about it in our dedicated article. 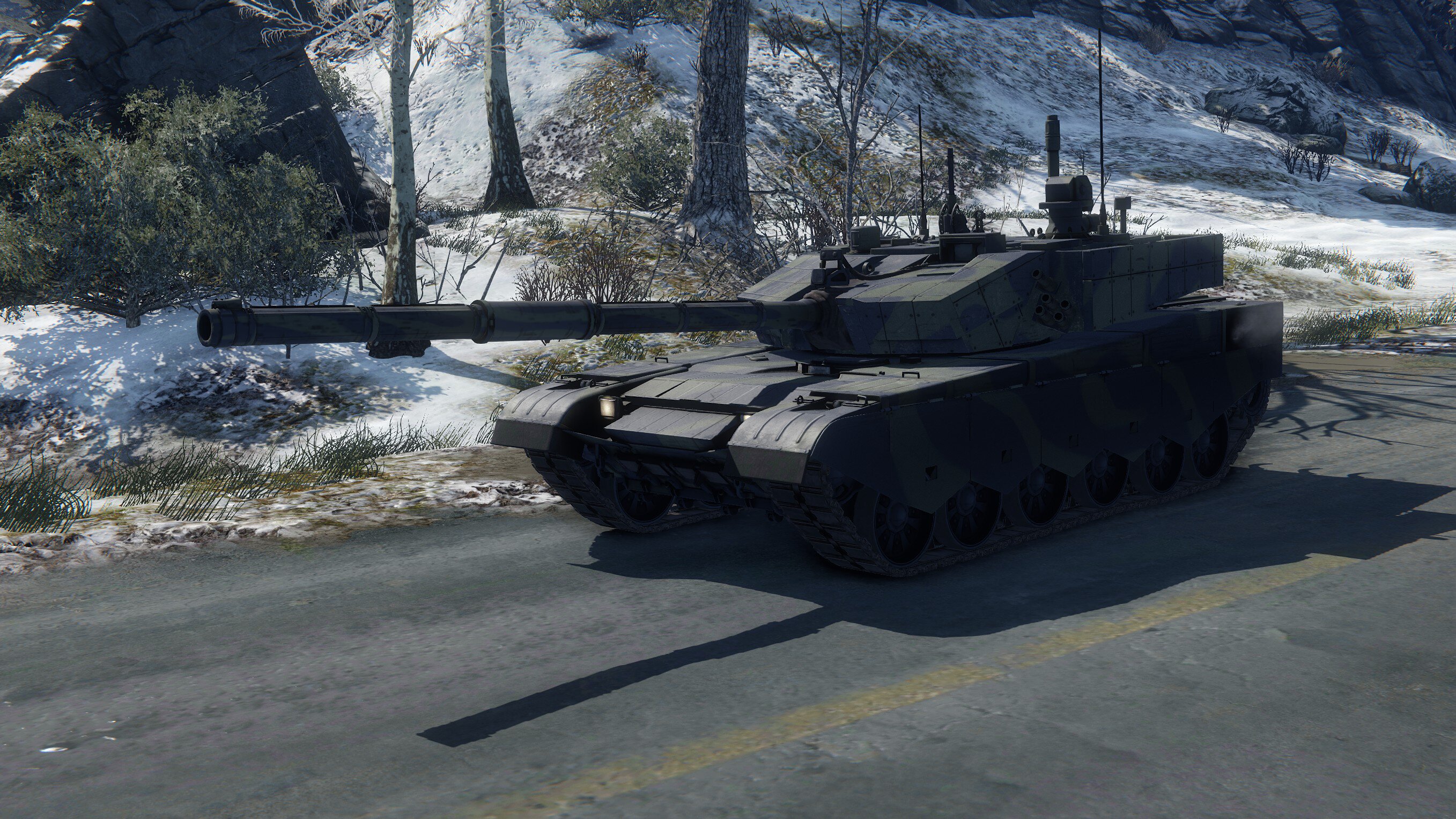 Type 99A2 Tier 10 MBT – this is a Type 99A, equipped with experimental technologies. Chief amongst them is the longer variant of the 125mm ZPT-98 cannon (L/55 instead of L/44). Both Type 99s are very agile and well-protected, but not extremely fast with the 125mm cannon putting it between the T-90MS and the T-14 Armata. You can read more about it in our dedicated article. 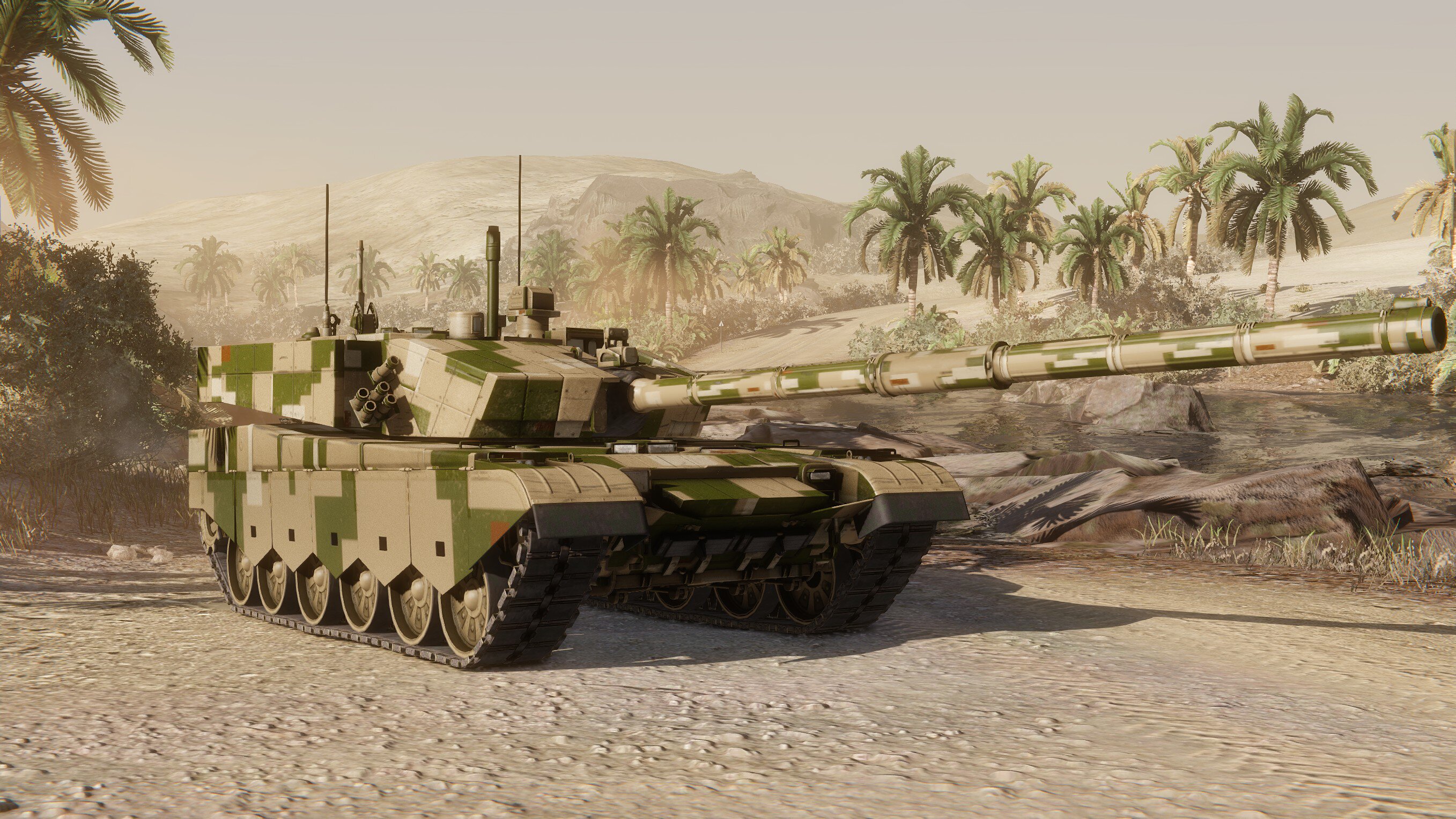 The Chinese vehicles are somewhat specific by the fact that China caught up with the whole tanks arms race relatively late. As such, the low-Tier vehicles use generally obsolete platforms with better technology. Gameplay-wise, low-to-mid Tier vehicles behave like Russian tanks, but with more focus on single shot damage at the expense of mobility. These tanks are generally sluggish and not well-protected, but pack quite a punch.

Higher Tiers are a different story entirely. Starting from Tier 5, the Chinese vehicles gradually become more agile. Please note, however, that agility does not imply mobility – the Chinese tanks can traverse their hull rather quickly, but are nowhere near as fast as other tanks of their Tier, nor do they accelerate quickly.

Tier 5 and higher also start featuring new composite armor turrets and other advanced equipment such as the JD-3 APS system. The highest Tiers, coming in Update 0.22, will also add thick armor to the equation, although the vehicles will focus on more damage per minute. The top weapon of the Chinese branch will be the long L/55 125mm cannon, developed as an upgrade to the standard 125mm ZPT-98 series of the Type 96 and Type 99 MBTs.

Gameplay-wise, the Chinese Main Battle Tanks are somewhere between the Russian tanks and the Leopard 2 series. They are excellent support weapons but other MBTs are more suitable for both defense and leading the charge. As such, they are more suitable for advanced players, as they require certain battlefield flow prediction.

Learn more about the Commander Skill Builder and Combat Efficiency Calculator by one of the best Armored Warfare Battalions, HYPE