You served as drill masters with distinction during the recent Boot Camp, but instructor’s work is never done and there’s a fresh batch of recruits awaiting your orders! Show them the ropes and earn Drill Master’s wage in the process! 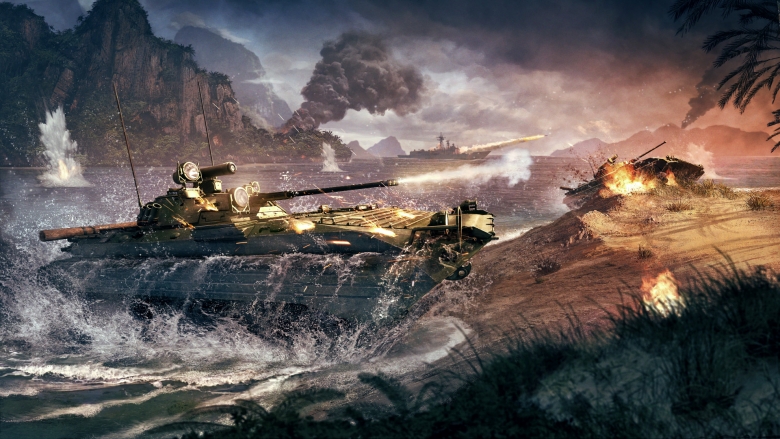 From September 6 to September 27 2016, all the players who own at least one Tier 4 vehicle (Tier 6 for the North-American server) can participate in the Boot Camp event by playing at least one PvP battle with vehicles of the following tiers per day:

Players will be rewarded for playing up to four battles per day and two per Tier:

After these four battles per day are played, further battles will not be rewarded until the next day.

Please note that it is not possible to combine the event Tiers - for example, the EU players, who play three battle on Tier 1 and one battle on Tier 4 will be only rewarded for two Tier 1 battles and one Tier 4 battle.

The size of the reward depends on the maximum tier of the vehicles the player has played recently.

The total maximum reward achievable for Tier 10 owners therefore is 12,600,000 Credits and 315000 points of Global Reputation.

Please note: if a reward is received while the player is not logged in the game, he or she will receive no notification about it.

We have a special reward for the most dedicated drill instructors out there! Those who play at least 60 PvP Boot Camp battles during the event will receive a bonus depending on the maximum tier of the vehicles they have in their garage.

Please note that only battles that count towards the regular Boot Camp objective are counted towards the Drill Instructor Special objective (eg. four battles per day at most, two on Tier 1 or 3 and two on Tier 4 or 6 depending on the server).

Where can I see my reward progress and the top Tier I am receiving the rewards for?
On your Profile page.

I started the event with Tier 8 as my top Tier. I just bought a Tier 9 vehicle, but I am still getting rewards for Tier 8. What should I do?
You need to play at least one PvP battle or PvE mission with the Tier 9 vehicle you bought. Tier 9 will then register as your top Tier. Please note that while it does not matter whether you play PvE or PvP for the top Tier determination purposes, this event is PvP only.

Will I have to play the qualification battle in my highest Tier every day or is it enough to do it once at the beginning of the event?
Just once (with the exception of obtaining higher Tier vehicle during the event).

I played a Tier 1 battle but it did not register in the counter!
Unfortunately, due to the nature of the data collection mechanism, the counter can operate with a delay.

Purchase any Gold bundle and receive a one-time 1000 Gold bonus!