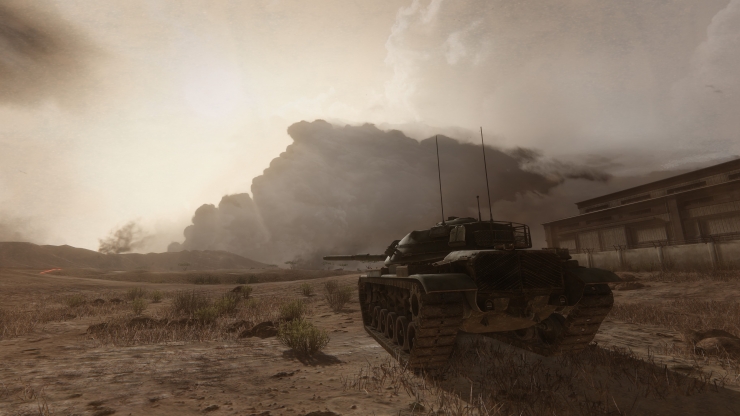 The Early Access 4 ends on Monday, but the testing does not stop there. The Public Test Server is available the entire week from 8 PM to 8 AM CEST - come and try out the update 0.8 before the actual start of Early Access 5 and see the improvements we've made for yourselves!

What is Public Test Server and how to join

Public Test Server is a special server running the newest version of the game. Its goal is to provide the players with the option to test the newest game build, although such builds often have more issues and bugs than the live server. It is now available for every player with Early Access without any restrictions. The main features of Public Test Server (compared to the Early Access server) are:

On Saturday, 25th of July 2015 and Sunday 26th of July 2015, the players can earn twice as much reputation and credits from each battle than usual.

The last weekend of the Early Access stage of Armored Warfare development is here - players will be awarded with tier 8 vehicles to test and will earn 10x credits and reputation!