Throughout our previous articles on Balance 2.0, we’ve delved into the depths of the changes made to key Armored Warfare gameplay mechanics. For this final article, however, we’ll be looking at how vehicle lines and tiering within each dealer tree have been adjusted to better fit our vision of vehicle progression in a post-Balance 2.0 setting.

Because Balance 2.0 introduces not only changes to existing core game mechanics, but also specific rebalances of every vehicle in the game, we have decided not to publish numerical details on how each vehicle’s specific performance characteristics have been adjusted when compared to their pre-Balance 2.0 forms. There will still be in-depth patch notes on fundamental gameplay system changes, but it is our belief that providing specific vehicle stats would cause players to form skewed opinions about their favorite vehicles before they had even tried the changes in a live environment. By omitting this information, we feel this is the best way for players to experience those changes with an open mind. 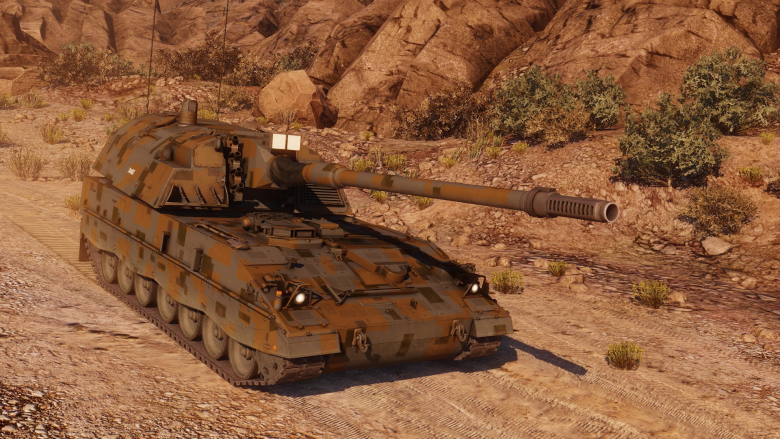 That being said, going into Update 0.19 we would like to ask you, the players, to treat Balance 2.0 as a ‘fresh start’ with entirely new gameplay and balance expectations across all classes.

In addition to the abovementioned rebalance, a number of new vehicles are also being added to the existing Dealer pools. These serve primarily two purposes:

Based on your feedback as well as our ideas, we discussed and internally tested numerous options, the most prominent being the conversion of artillery vehicles to a direct fire class. Unfortunately, this solution did not completely meet our expectations. Therefore, we have decided to introduce the following solution in Balance 2.0.

The artillery class will be removed from all game modes with the exception of PvE. In PvE, artillery vehicles will only be available as player vehicles and will not appear as AI opponents. The PvE artillery will retain its pre-Balance 2.0 indirect fire ability as well as the support shells mechanism, but it will also receive higher damage and mobility in order to make it competitive in Balance 2.0 PvE.

In the future, we will be looking into developing additional interesting artillery mechanisms in order to make the class gameplay more diverse.

Please note that players can always opt for a reset in case they are not satisfied with their vehicles’ new role.

Marat’s lines are receiving a major overhaul in Update 0.19. This is how the base tank line will work:

At tier 4, the Soviet/Russian MBT branch will have an alternative progression line:

This way, all the major T-series will be sufficiently represented. The T-series variants represent massive jumps in performance - the T-72B for example has several times higher combat value in real life than the original Ural, an experience confirmed in recent military conflicts. Additionally, the T-80 came about under a completely separate branch of development and was not the direct successor to the T-72. In this sense, the performance jumps between different variants of the same vehicle are much higher than they used to be in - for example - the Second World War, warranting the introduction of multiple variants over several Tiers and two lines. 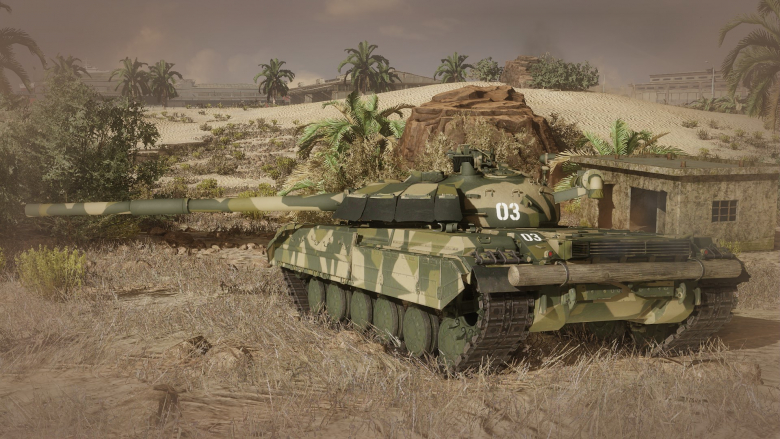 Tiers 7 to Tier 10 of this branch (Challenger 1, Ariete, Challenger 2 and ATDU) will remain unchanged composition-wise, although in the future, we’d like to move the Ariete to a more appropriate location and replace it with the Vickers Mk.7.

The Light Tank branches on the other hand, will undergo serious changes. For one, the Tier 2 M41 Light Tank will be moved to Sophie Wölfli’s pool of vehicles. Its spot will be taken by the FV107 Scimitar, a 30mm variant of the FV101 Scorpion, which will remain on Tier 3. The branch will therefore appear as follows:

The Begleitpanzer 57 will remain at Tier 5 as an alternative to the Sheridan. Tiers 6 to 10 will remain the same, although the Tier 8 XM8 will be renamed to M8 Buford to reflect the fact that the XM8 is not in fact a direct prototype of the M8 Thunderbolt, something the XM8 designation suggests. 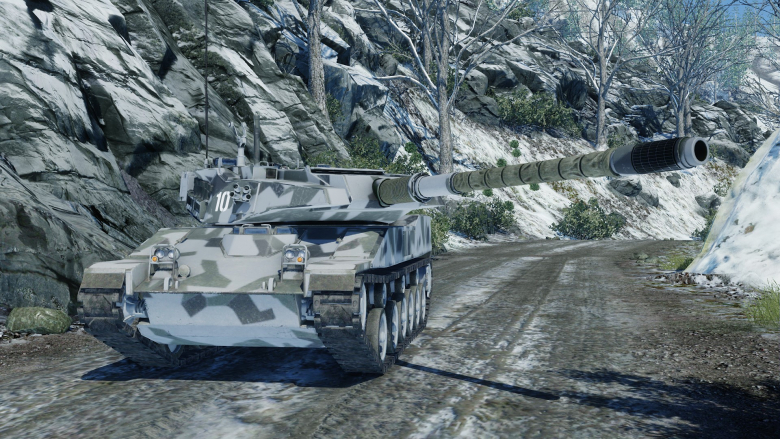 Turning towards the AFV branch, the Tier 3 AFV, AMX-10P, will be removed from the game pending a complete overhaul due to the fact that there is no suitable variant available with guided missiles. Its spot will be taken by the down-tiered BMD-1, which will receive a Malyutka ATGM launcher. Tier 4 will then be taken by the BMD-1P, an improved BMD-1 variant with the Konkurs launcher. With these changes and others, the line will look as follows:

You might have noticed that two vehicles are missing from the AFV list - the Warrior and the Bradley. Both vehicles are being moved to Sophie Wölfli’s Western AFV branch and upgraded - Warrior to Warrior MILAN with MILAN ATGMs and the Bradley to the M3A3 variant.

Much like Marat Shishkin, Sophie Wölfli’s vehicle pool is undergoing a significant overhaul, including a Tier 1 switch. We didn’t feel the M113 in its current form represented the best introduction to the game and didn’t fit the reimagined branch type. That being said, the M113 model will remain in the game in the form of the Tier 4 M113 ACAV, armed with a 106mm Recoilless Rifle, but this change should not be considered a move from Tier 1 to Tier 4, the removal of the M113 and the addition of the ACAV are two independent events.

The Tier 1 slot will go to the M41 Walker Bulldog, downtiered from Tier 2. Tier 2 will be occupied by the M48A3. To improve the diversity on Tier 2 and to give players the choice between three distinct vehicles, progression version of the T92 Light Tank will be introduced to the Sophie Wölfli tree after the M41.

As you can see, the M60A2 was moved up a Tier to reflect its new role in Balance 2.0 - with quasi-historical penetration and armor values it would be excessively powerful at Tier 4. Historically, this can easily be justifiable as a choice between two vehicle variants: what the upgrade to the M60 series was originally supposed to look like according to the U.S. military (the M60A2) and what they ended up settling on (the M60A3). 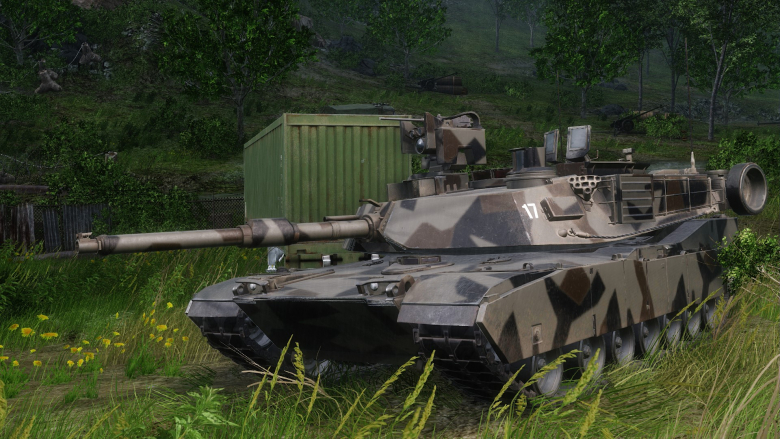 The Abrams series will undergo a number of changes as well. For one, the majority of the Abrams tanks will change tiers:

The XM1 Abrams prototype will be removed from the game as a progression vehicle. It might return as a reward or Premium vehicle in the future since its experimental nature fits that role better.

The reason for the addition of a new Abrams model is the same as in the case of Shishkin’s Russian MBT - major jumps in combat value of each tank - in the case of the M1A2 and M1A2 SEP v3, the jump is practically a decade (SEP v2 was built on 2005 technology). As for the XM1A3, we do have tentative plans to replace it with a different vehicle in the future, but this switch will not happen in Update 0.19.

The Leopard Main Battle Tank line will not undergo any significant changes in Update 0.19, save for a new Leopard 1 model. Leopard 2 will be renamed to Leopard 2A4 to better reflect its appropriate classification. An alternative Tier 8 Leopard 2 will also be introduced - the Leopard 2A4 “Evolution”, consisting of a Leopard 2A4 chassis with armor upgrades by Rheinmetall. 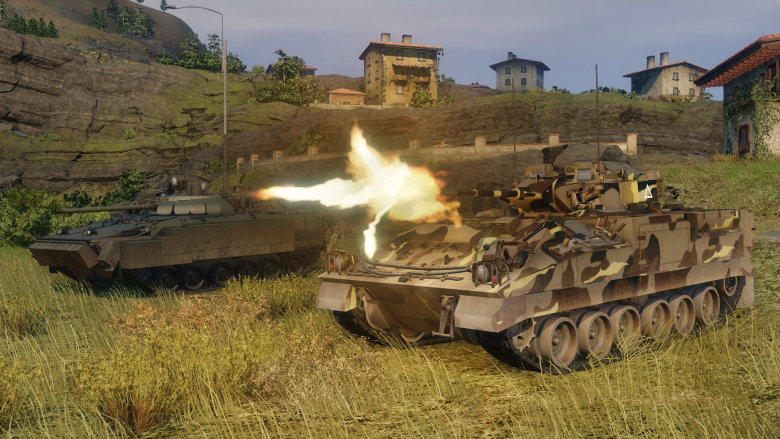 The BMP-1 line setup will remain for the most part unchanged from Tier 3 BMP-1 (note that similar levels of technology are now on similar Tier levels - BMP-1 and BMD-1 for example). The Tier 3 BMP-1 will also receive the same guided missiles as the BMD-1 - the Malyutka launcher system. At higher tiers though, there will be two major changes:

The remaining three lines will be heavily overhauled. With the removal of the M113 and the LAV-150, the AFV lines now start at Tier 3 with the Dragoon 90 for wheeled vehicles and XM800T for tracked. While the Dragoon 90 doesn’t need any major firepower upgrades due to the presence of a big gun, the XM800T will receive a LAW unguided rocket launcher to help it deal with more heavily armored opponents.

The four-wheeled scout AFV line will see the following changes:

As a tracked vehicle, the Wiesel did not fit very well to a four-wheeled branch and was moved to the new tracked-based AFV branch under Sophie, which looks like this:

At Tier 7, players will also be given the opportunity to unlock a Wiesel variant with two HOT missile launchers, called the Wiesel HOT.

Finally, the gun wheeled Tank Destroyer line will be adjusted to the following setup:

While the DRACO was the original Tier 9 TD, the Centauro 120 is a better representation of modern Fire Support TDs. With the introduction of Balance 2.0, players will now have the opportunity to obtain the DRACO as a side-grade once they’ve unlocked the Centauro 120.

Due to the limited size of Zhang Feng’s vehicle pool - a single Chinese Main Battle Tank branch – the list of changes for Zhang aren’t as extensive, but the line still undergoes several key changes.

The entire line will be moved one Tier lower and will temporarily end on Tier 7 with Type 98. The previously Tier 3 Type 59 will be removed from the game and due to its similarity with the Tier 2 vehicle, the Type 69. Type 69 - will appear on Tier 2. The current Type 69 will be renamed to Type 79 to better reflect its nature. The Tier 1 slot will be taken by a brand new Light Tank, Type 62.

The setup will therefore be:

Brand new Tier 8, Tier 9 and Tier 10 vehicles will be added in the near future, likely in one or two content patches after the release of 0.19, along with a full new line of Armored Fighting Vehicles and Tank Destroyers.

Update 0.19 will bring several previously-unannounced changes to high-Tier vehicles. The previously announced Tier 8 BMP-3M Dragun will be replaced by the 125mm Light Tank version. We believe that this change will bring a fitting closure to the BMP line, providing the thin-armored hull with enough firepower to tackle Tier 9 and Tier 10 threats.

We have also decided to revisit our policy on Tier 10 vehicle armament. To bring Tier 10 performance to more manageable and realistic levels, high caliber guns (140mm or more) will no longer be mandatory options for Tier 10 vehicles. This will allow us to introduce cutting edge vehicles armed with very high velocity 120mm or 125mm guns on Tier 10, without having to upgrade them with experimental weaponry that has in reality either only been tested on test rigs or proposed on paper.

As a result of this decision, the following changes will be made:

And last but not least, the Merkava IID will receive an upgrade in the form of an armor kit and LAHAT guided missiles to perform better.

We have prepared a comprehensive plan of compensations for you. It - along with the changes to Premium vehicles - will be revealed as a separate Developer Diary. Rest assured that none of these changes will damage you as players - in fact, we are quite sure that you will like many of them.

Learn about the Balance 2.0 compensation plan and the changes to Premium Vehicles

The developers address your feedback from the most recent Balance 2.0 testing sessions!