For a while now, we've been tossing around the phrase 'Balance 2.0' but we've been vague on the specifics about what this major development is about. We have been hard at work on this massive update to Armored Warfare and now that Global Operations is live with the release of Update 0.18, we are eager to share more details about what Balance 2.0 contains.

Throughout the last year in Open Beta, we have been collecting an extensive amount of feedback from all of you. Armored Warfare is a fun strategic vehicle shooter, bringing modern mobility and technology to the battlefield while also delivering additional mechanics like unique active class abilities. That players have been so invested in the experiences we have delivered so far has been inspiring for us, but we've also heard your feedback about where Armored Warfare has room to improve to better meet your expectations as well as our standards for fun and balanced gameplay.

Throughout Open Beta, we’ve wrestled with power creep across the vehicle tiers, where lower tiered vehicles in a match were not a credible threat to higher tier vehicles. We iterated on a number of different solutions to the issue with high tier MBT armor and 'pixel hunting' gameplay which forces tankers to search for tiny weak spots in high tier MBT armor to deal meaningful damage to them. We adjusted the armor and damage mechanics in small ways to try and solve fundamental points of confusion, and we made changes to crew skills to address certain stat stacking issues without managing to resolve all of them.

However, it is obvious that these changes alone were not enough to address the root causes of these issues. Inevitably, we began to realize a much larger update involving more than just numbers tweaks and minor mechanical adjustments was going to be needed to evolve Armored Warfare’s gameplay into what we have always envisioned it being. 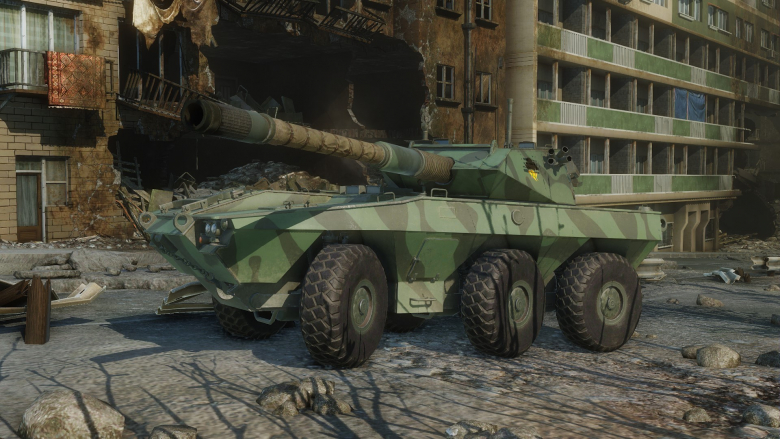 To that end, Balance 2.0 is the name we have given to a comprehensive rebalance of Armored Warfare from the ground up. It represents an opportunity for us to make the major changes we feel are necessary to solve the challenges that have been interfering with the enjoyment of high tier gameplay, and to solve the steep power creep between tiers all throughout progression. This has also presented us with the opportunity to audit and evaluate every core gameplay mechanic; from the damage model, to class abilities, retrofits, upgrades, and crew skills, all to make sure these mechanics are working together to deliver the balanced and exciting moment to moment gameplay we intend.

In the coming weeks, we will be releasing articles and videos that go into more detail about the specific ways Balance 2.0 will affect the game, but I want to take this opportunity to highlight a couple of the major game changers to give you an idea of where things are going.

One of the goals of Armored Warfare from the very beginning was to blend real world military vehicle characteristics with engaging gameplay. While we succeeded in this effort in many places, there are aspects of the game that don't fully align with this objective. Balance 2.0 will address areas where we did not feel our gameplay mechanics were in line with real world expectations and behaviors.

For example, to establish a sense of power progression, the number of hit points in vehicles increased by a fixed percentage each tier up through the tree. This meant that damage had to keep up as well, which resulted in strange scaling circumstances, where larger caliber shells at lower tiers did less damage than smaller caliber shells at high tiers. In Balance 2.0, this will no longer be the expectation. Vehicle hit point pools will not automatically grow tier to tier but rather be tied to vehicle tonnage and other real world survival characteristics. As a result, the damage all shells do will be strongly tied to the caliber of weapon on the vehicle. Larger caliber weapons will usually hit harder, regardless the tier of the vehicle, while smaller caliber weapons will have advantages in other areas, especially rate of fire. 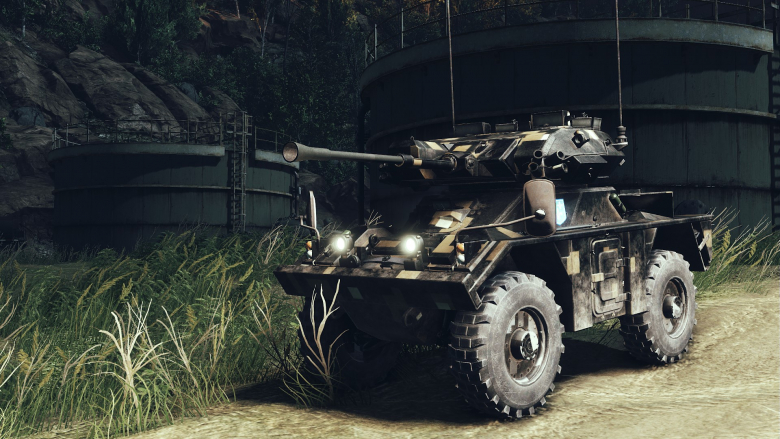 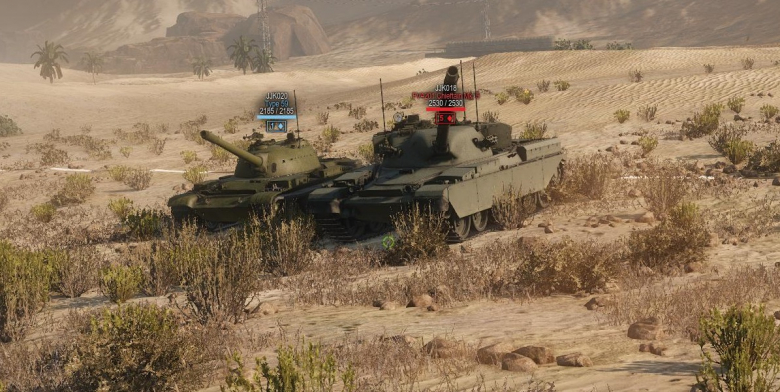 In moment to moment, gameplay, this means that lower tier vehicles are viable threats to higher tier vehicles. The change to vehicle power progression will allow us to expand the range of tiers that are viable in a match which will allow the match maker to build teams faster in off peak hours than it can currently.

In addition, we will be making changes to how match making treats vehicles, focusing more on their role in the match rather than just their class. For example, the various BMPTs will be treated as damage dealing brawlers in the new match making rather than sorted in with other AFVs as scouts. 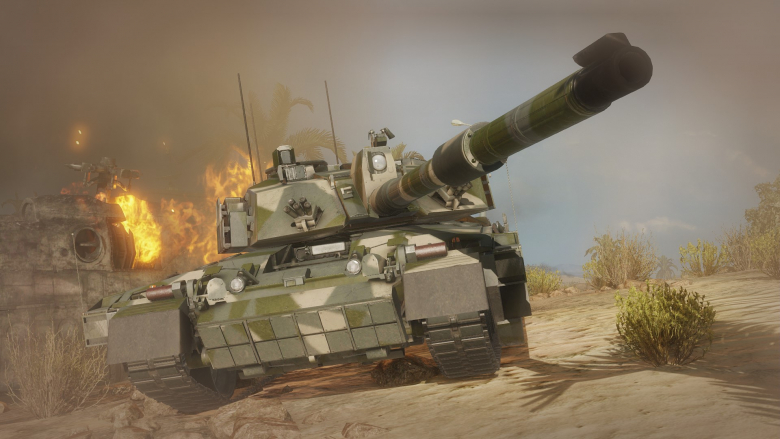 Other shifts in Balance 2.0 involve some of the unique features in Armored Warfare becoming more central to moment to moment gameplay. Previews of this thinking appeared in the 0.17 Update, with ATGMs becoming more viable in the later tiers and players gaining access to more smoke grenades per match. We want smoke cover to be a core tool for influencing how matches play out which is why we decided to make it more available to all classes in 0.17, with plans to expand its use to all vehicles in Balance 2.0.

Balance 2.0 will also include some shifts in the philosophies behind Armored Warfare’s classes and weapon systems. Some vehicles will be changing classes to better reflect their role in the battlefield, and a number of vehicles will have their tier adjusted to better reflect where they fall in terms of real world power and history when compared to other vehicles in the tiers. A few new vehicles will also be introduced with this update in order to fill in some of the few gaps that still exist in the progression lines, such as the Chieftain 800 at Tier 6 and the Scorpion 90 coming in at Tier 4.

Considering the wide-reaching scope of Balance 2.0, we understand concerns about how this affects your current progression and the vehicles you have already successfully collected and unlocked. To address these concerns, a thorough compensation plan will accompany the release of Balance 2.0. This plan will ensure that none of your progress in Armored Warfare is lost while also giving you the freedom to change which vehicles you have in your arsenal if the announced playstyle adjustments have you wanting to play different vehicles than the ones you currently own right now. Every unlock, crew advancement, or purchase you have made so far in Armored Warfare will be covered by this plan, so you don't need to worry about losing anything you have earned prior to the balance patch.

As mentioned earlier, over the next few weeks we will be going into more detail about major aspects of this massive update to Armored Warfare, including discussions about armor, damage, shell penetration changes, crew and commander skill balancing, a change to retrofits and vehicle tier adjustments. This will also be when we lay out how the compensation plan will work so you have enough time to digest the information.

We're glad to have this chance to apply the feedback and lessons learned over the last year to this major balance update but we also understand that some players are nervous about the changes and how they might disrupt what they already enjoy about the game. It is our goal to document all the changes coming up, share highlights in videos, details in articles, and host live Q&A sessions in order to answer any questions that our articles or videos leave unanswered for you. Through these releases, not only will we go into what is being changed, but we’ll also explain why we felt these specific changes were needed. 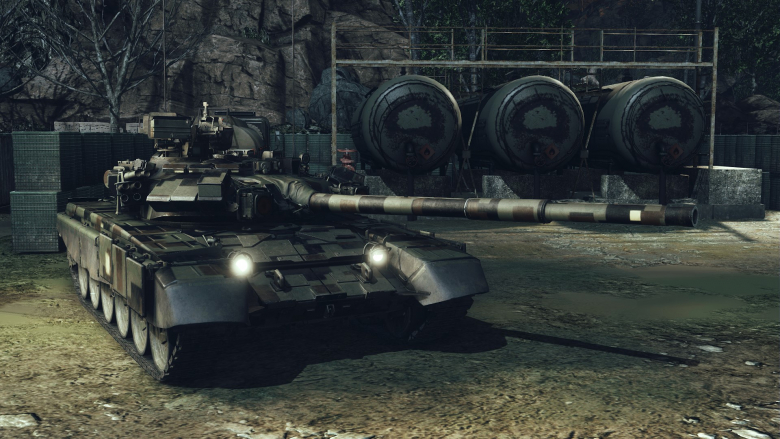 The next several months will mark some very exciting times for Armored Warfare, with the release of our largest updates to the game ever since the beginning of Open Beta. We cannot stress enough how much we're looking forward to talking about these changes more and discussing them with all of you in the weeks ahead.

Thank you again for your loyalty and passion for Armored Warfare. It continues to be our commitment to make that dedication worth it and we are confident the improvements coming in the months ahead, starting with Balance 2.0, will deliver on that commitment.

Learn about changes to low-tier progression vehicles, coming in Update 0.19!